Cathedral Cove is famous for its naturally formed archway that joins two secluded coves. The trail starts here, at the north end of Hahei Beach, and climbs to the clifftop before descending steeply. 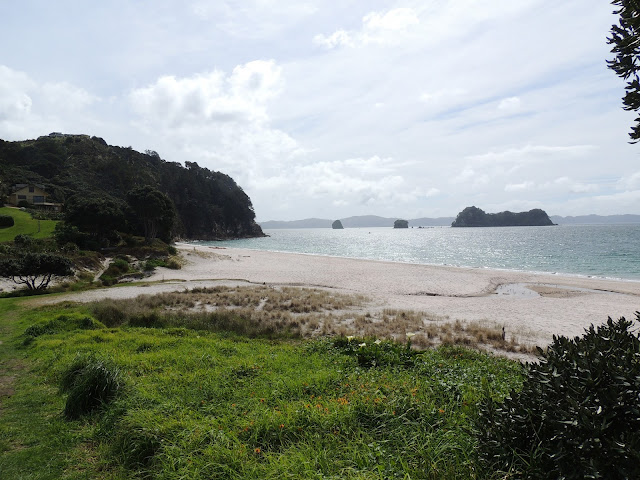 Art's looking for a sign indicating the trail's start. Most NZ walks are well marked, but a few keep you on your toes. 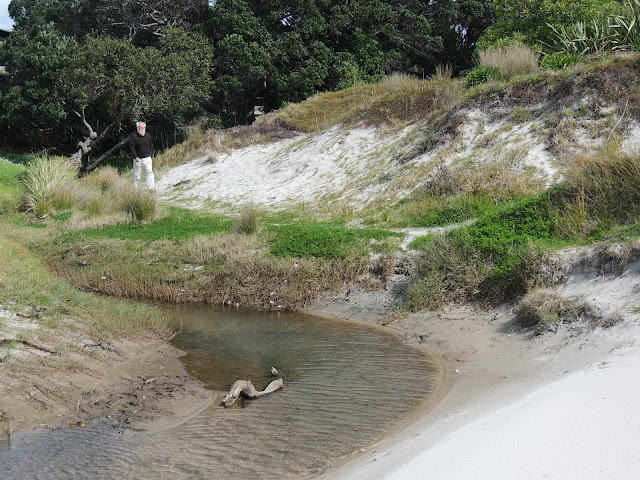 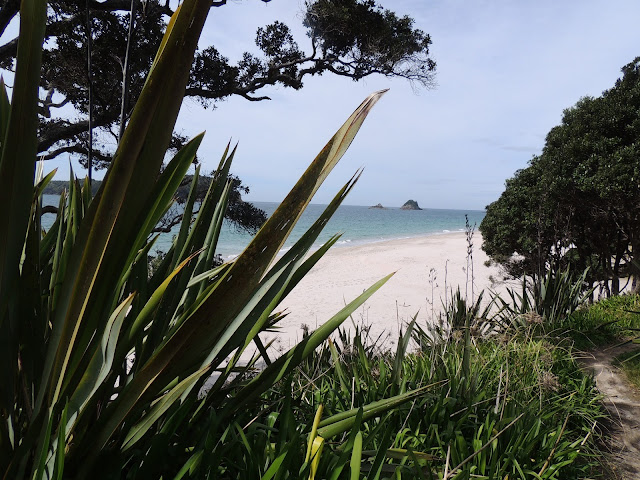 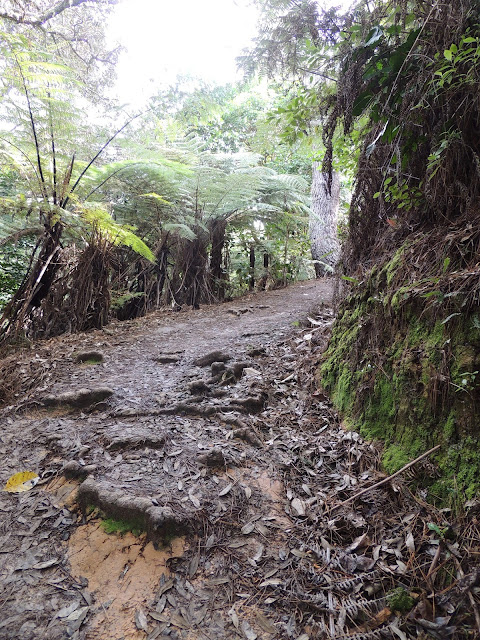 Looking back at Hahei Beach 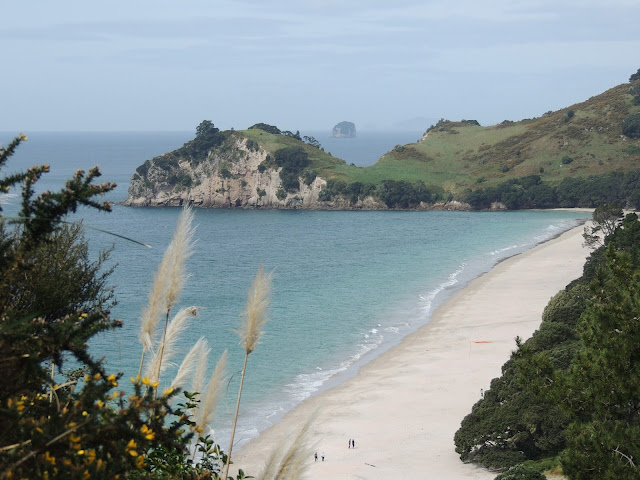 Portions of the trail are paved, but other segments require full concentration. 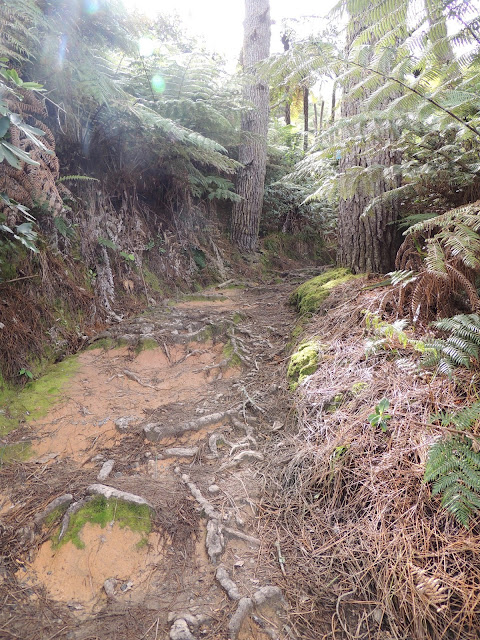 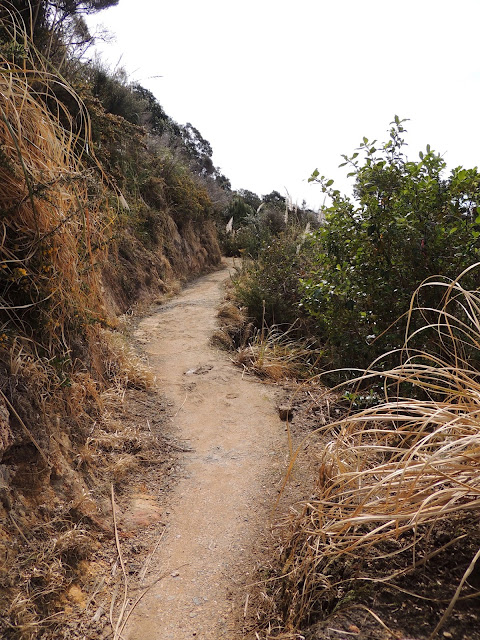 That freestanding rock is part of Cathedral Cove. 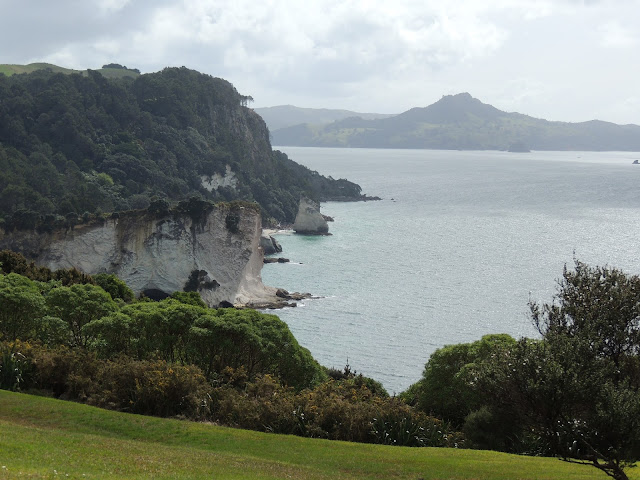 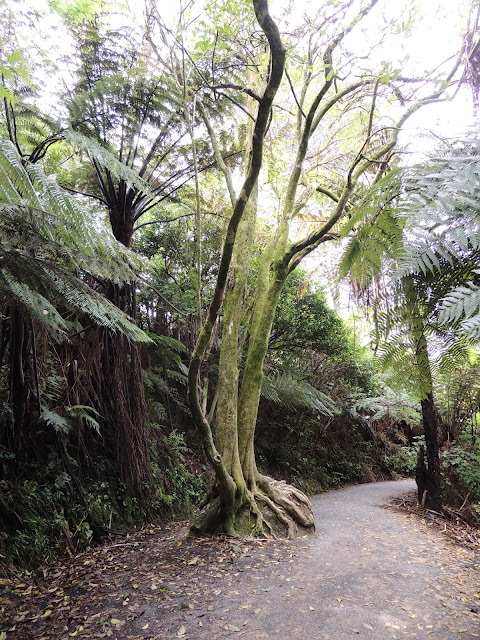 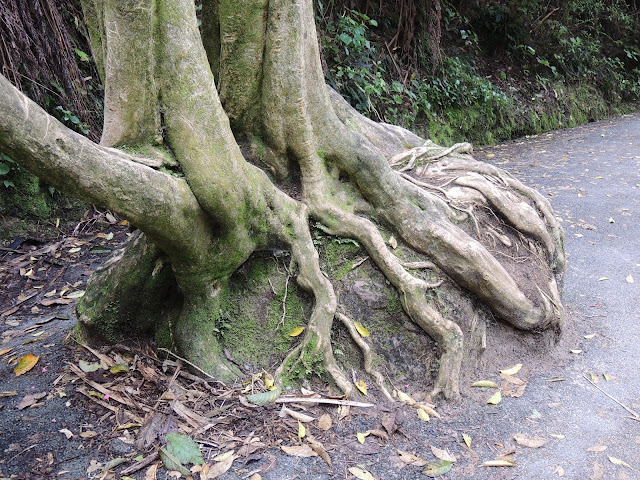 After a heartbeat-blasting climb, a steep stairway down and we're here. 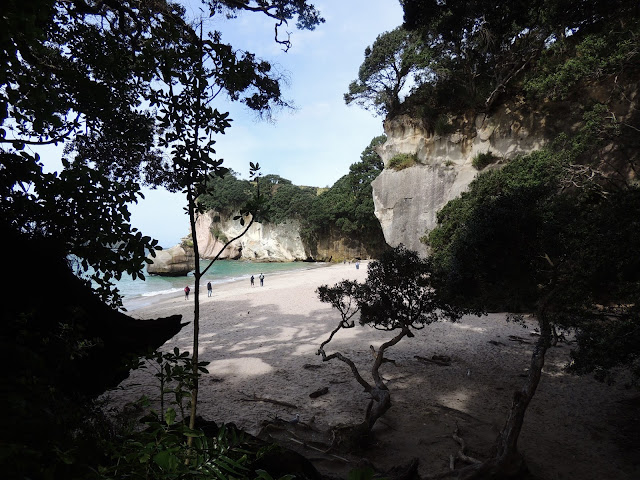 A lefthand turn brings us to the archway. 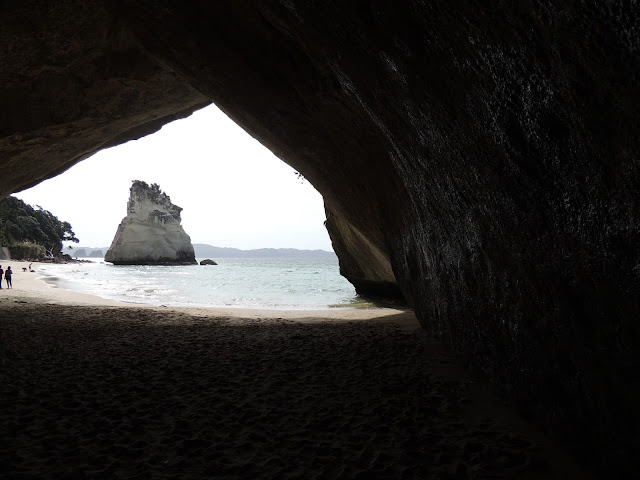 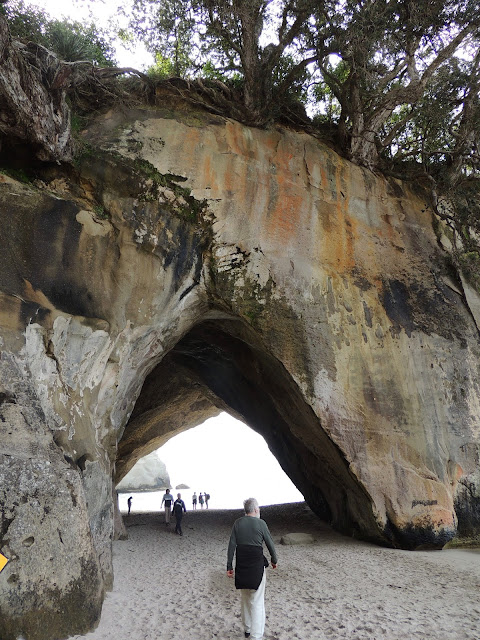 Understood in any language (I should have had this in my office at work). 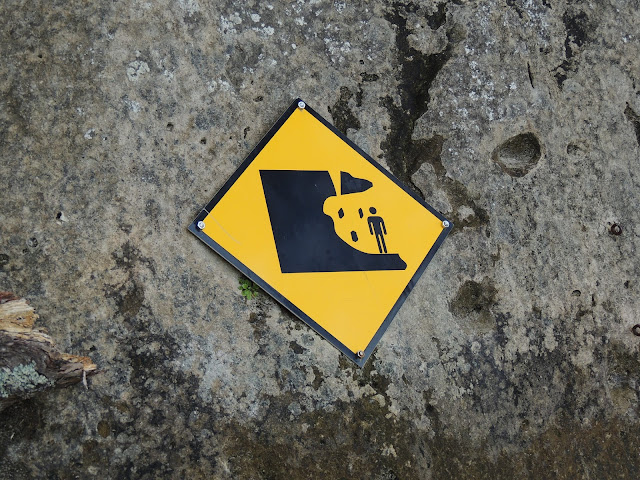 Through the archway, many instagram moments are underway. NZ's North Island has roughly 3 million people, the South Island 1 million. There are more people here just about everywhere we go. 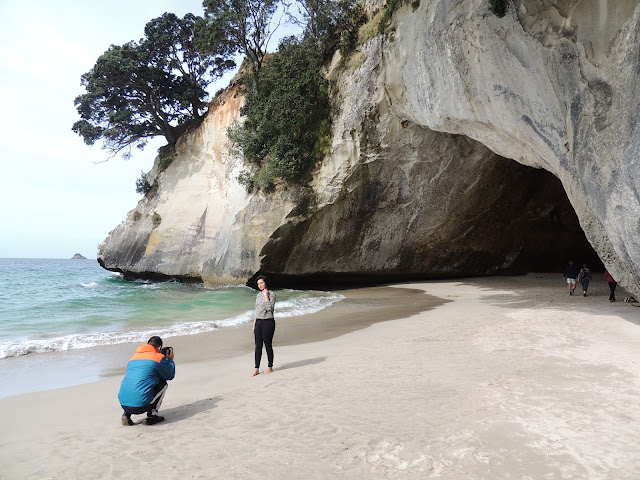 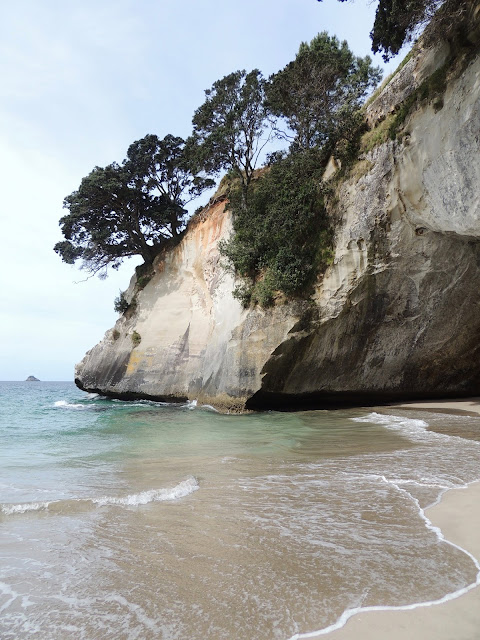 It's always a delight when conversations start organically, the way this one did when two French visitors asked us to make a picture of them (with their camera, also making one with mine). 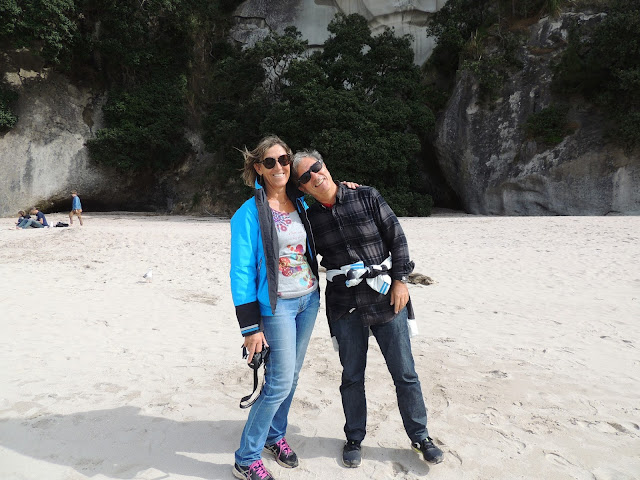 Of course tpolitics came up, me asking how Macron was working out, he saying they'd been lucky to escape Nazi Marine LePen. That's when we started talking about DT. He seemed to think the president was too much of a buffoon to do any real damage (big hairy eyeball his way). Then he offered to make a picture of us, laughing as he said: I'll put you far to the left--to the far left of Trump. (Yet somehow we're on the right.) 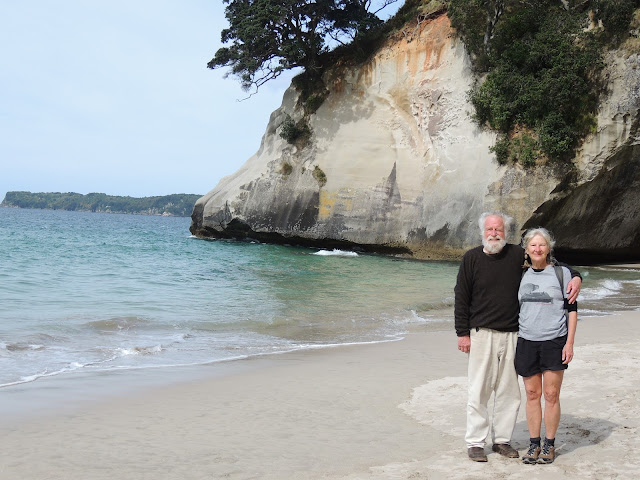 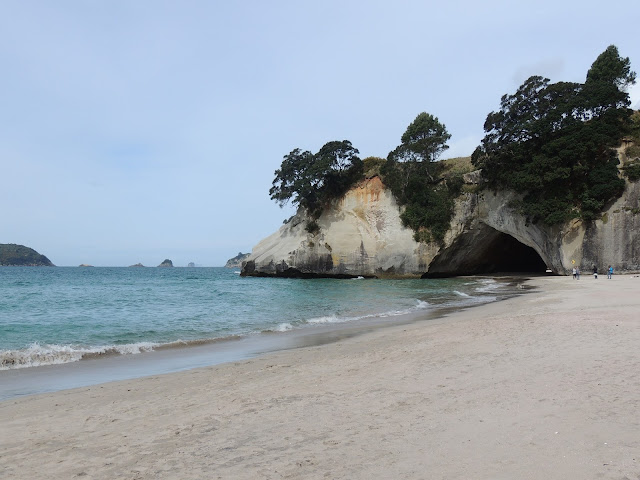 Under the arch on the other side, we watched a wee chick get pounded in the surf as she explored her new world. See her down there? Every time a wave would come blasting in she was tossed about and pushed under like a bobbing cork. 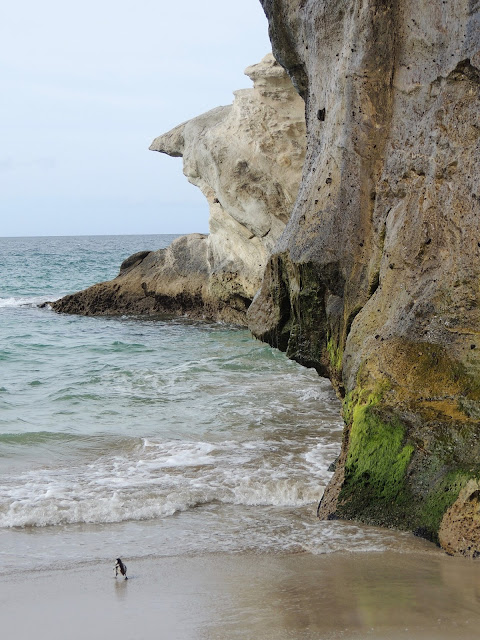 Lucky to get a close-up as she investigated a food source. Still not sure what she'll grow up to be. 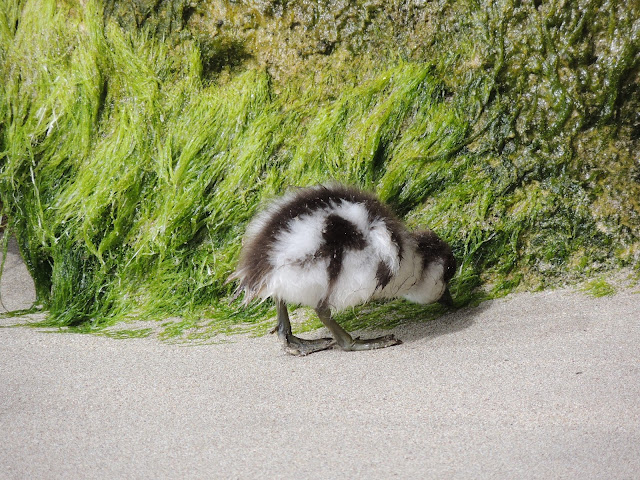 This cove is as pretty as the other. 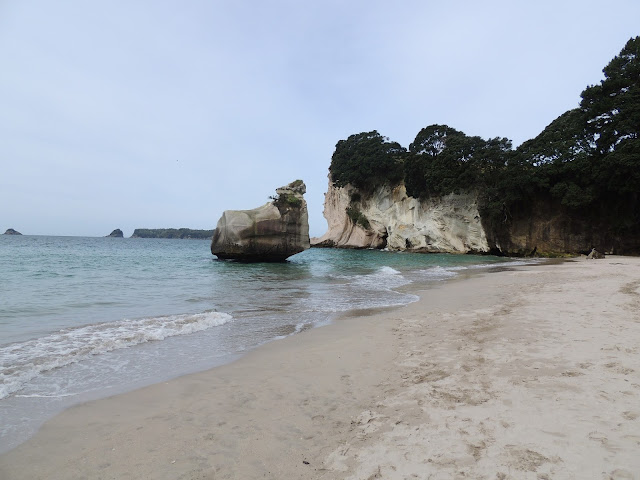 Scale is everything: see Art down there making the video that follows? 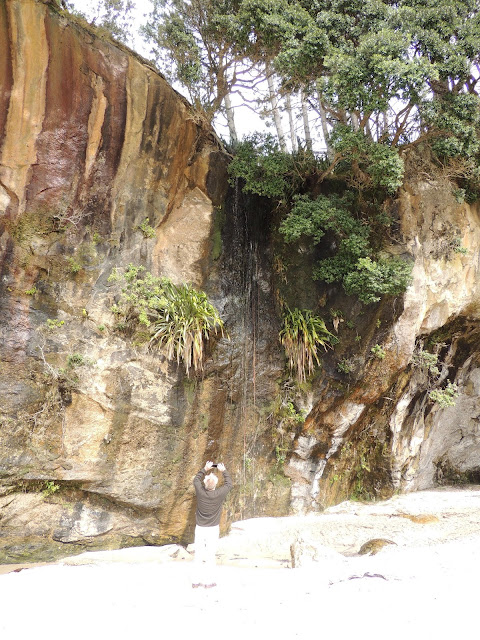 (If reading in email, click here to see vid.)


On the walk back, the koru of an unfolding fern.
The koru, which is often used in Māori art as a symbol of creation, is based on the shape of an unfurling fern frond. Its circular shape conveys the idea of perpetual movement, and its inward coil suggests a return to the point of origin. The koru therefore symbolises the way in which life both changes and stays the same. 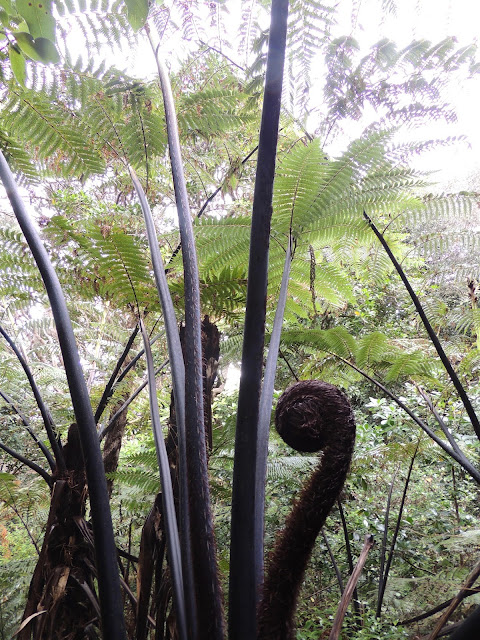