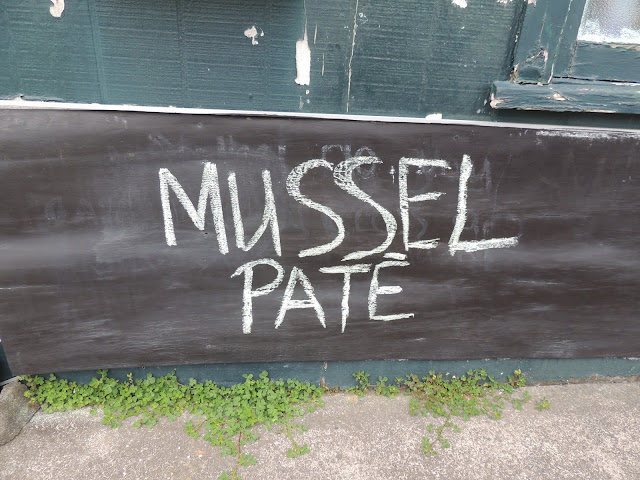 We awoke to a lost hour today. Spring forward, with no advance warning except we knew it was the solstice yesterday and it never occurred to us. So we checked out at 11 instead of 10, but I don't think anyone noticed.

Thoughts of Tippi Hedron (these gulls are aggressive). 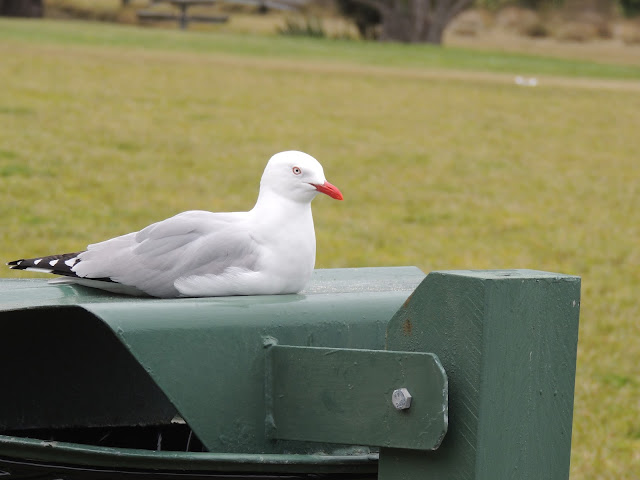 A couple final shots of the family homestead in Kuaotunu. This glassed enclosure borders the new deck and gives the feeling of being utterly outside. 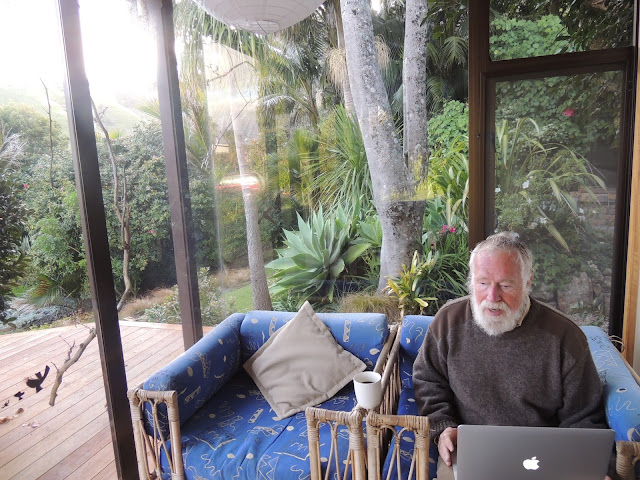 The upstairs master bath, where there's still more glass and two strategically placed mirrors, is perched amongst the foliage, making you feel like you're brushing your teeth in a rainforest. 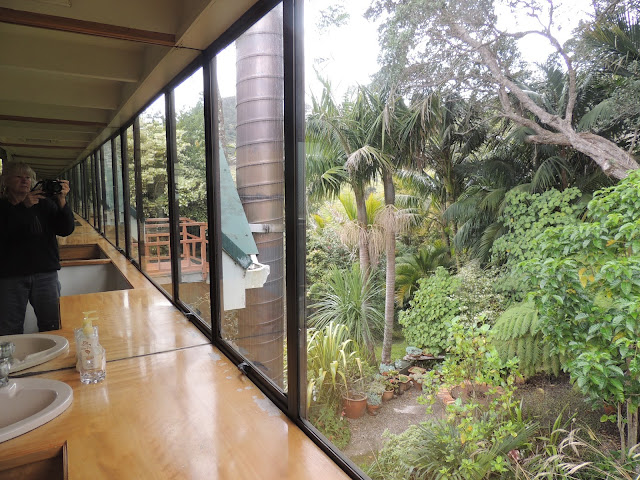 We drove to Coromandel Town today, across the peninsula. Here's a map (click here if reading in email to view map). 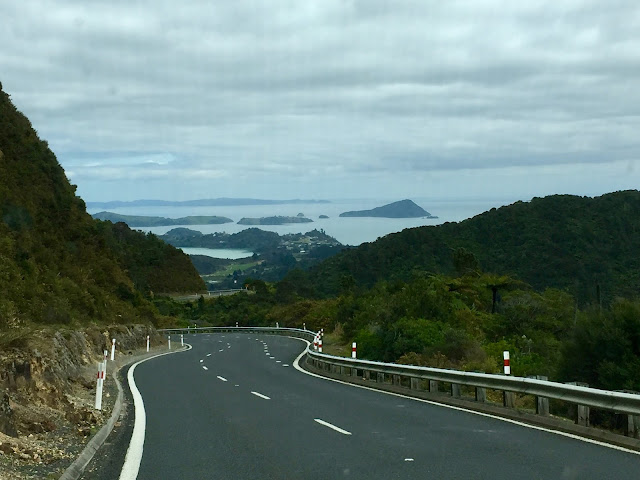 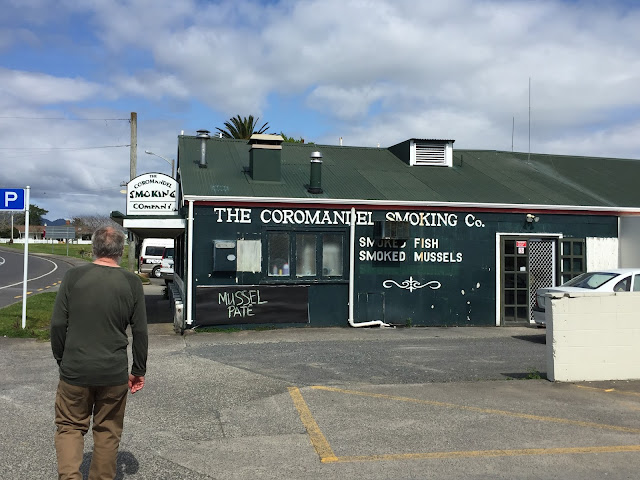 We took a nice piece of the Trevally on the right and a wee taste of the smoked eel. 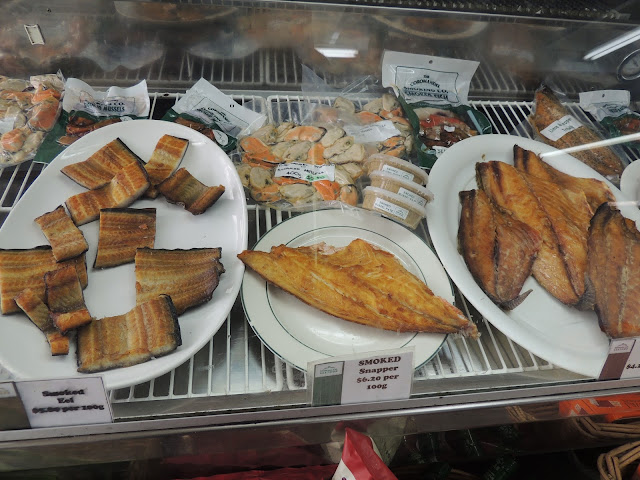 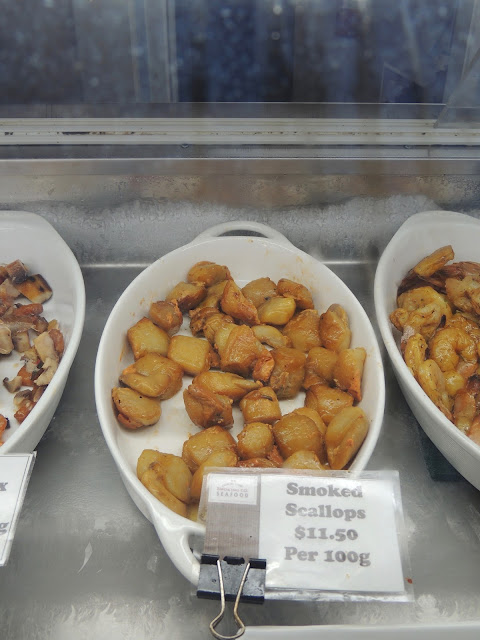 The morning-after election news not what we'd hoped for (what else is new--at least English isn't an overt racist and hoo-boy that's a low bar). The politics is more complex than ours (reminding me a Kiwi once said to me: you mean you have only two candidates?!).  Read more about it here.


Prime Minister Bill English’s National Party won the largest number of votes in Saturday’s general election, securing a comfortable margin over the Labour opposition after what had shaped as one of the closest votes in recent history.

But it was Peters and his often controversial New Zealand First Party who emerged in a position of power, with both National and Labour needing his support to form a government under New Zealand’s proportional representation system. 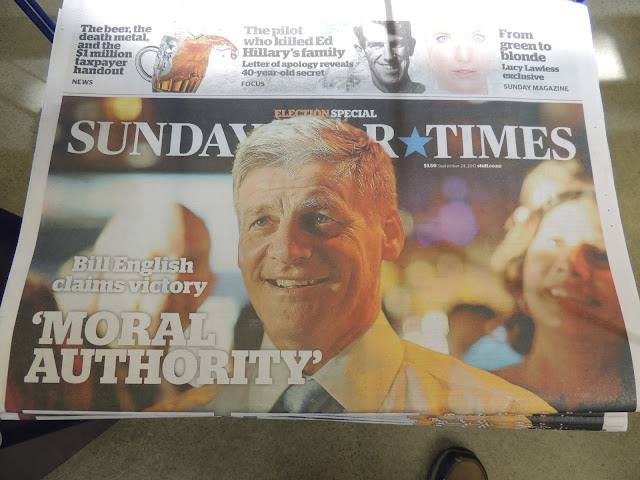 We'll try for a little Coromandel Town history tomorrow, but for now suffice to say gold was found here in 1852. 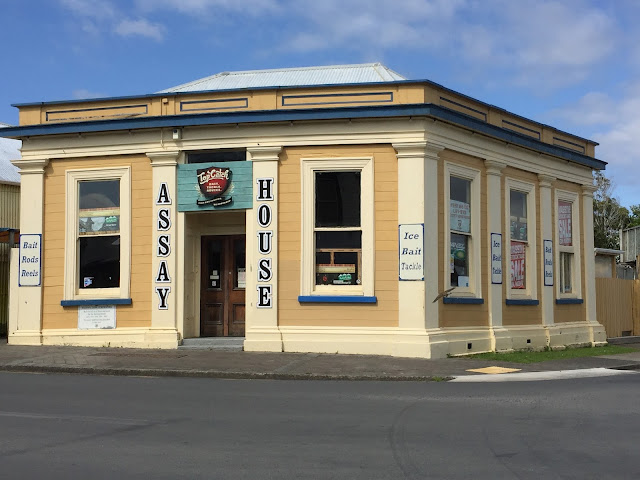 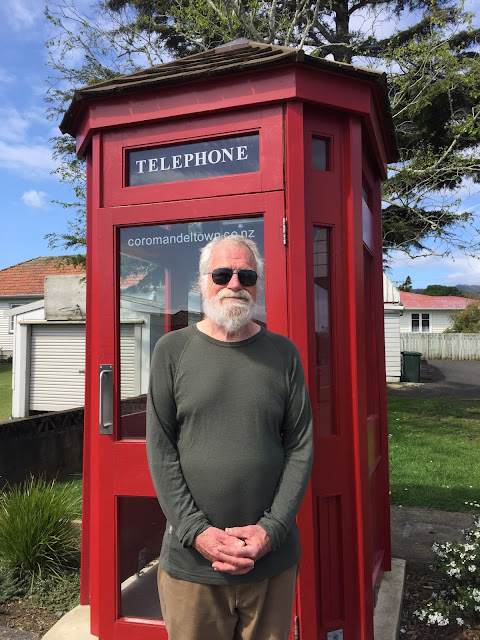 There was a small art show here, which we enjoyed. There are something like 40 artists in this tiny town and the show was the result of individuals coming out of their studios and working alongside each other over the winter. 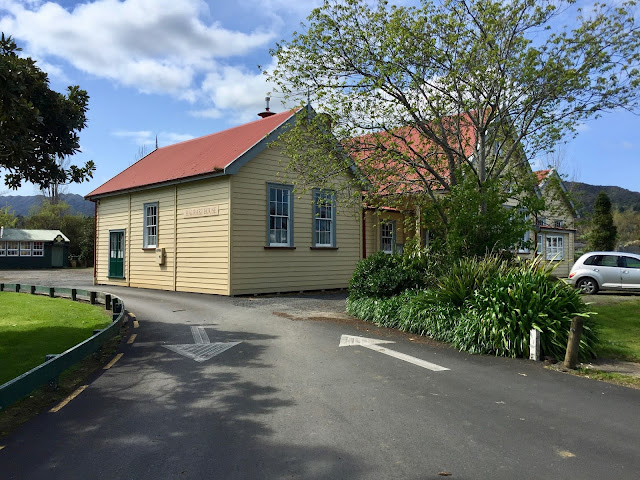 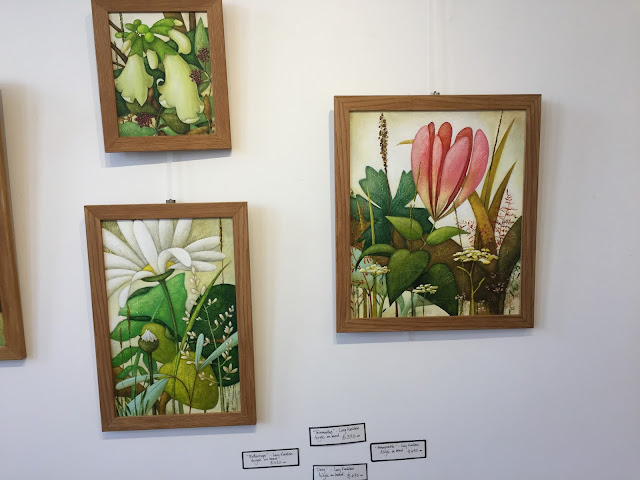 Look at this tree! 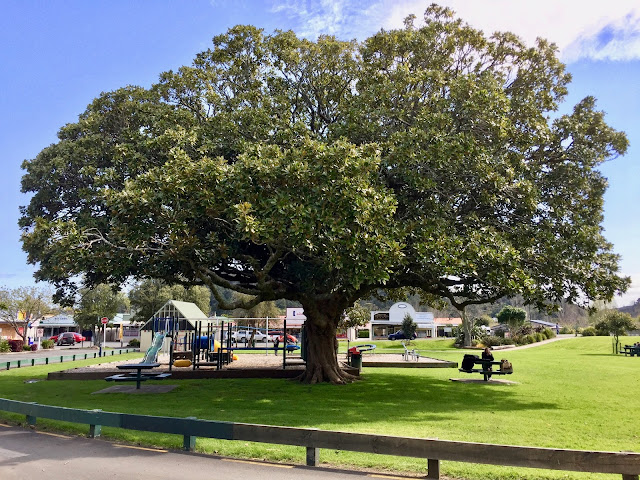 Just published, and Flintoff is a local (Amazon link). 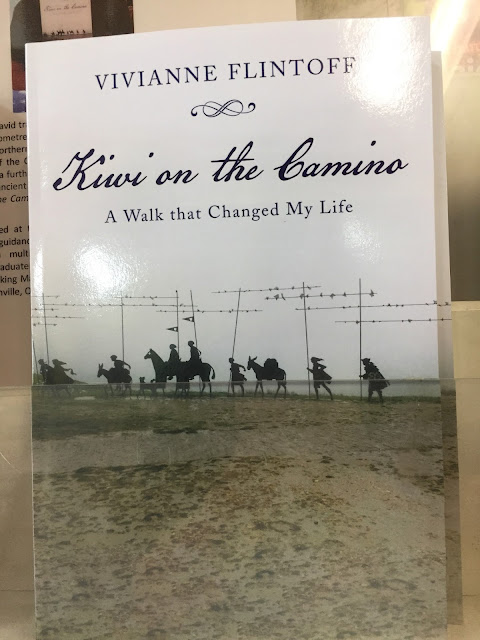 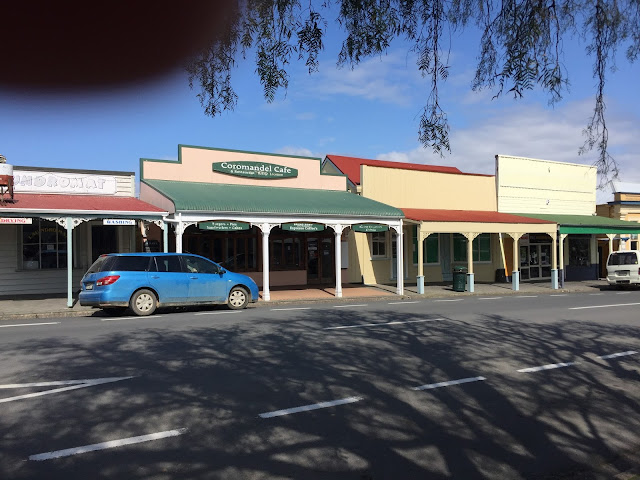 Work day tomorrow, campers. More when we have it. 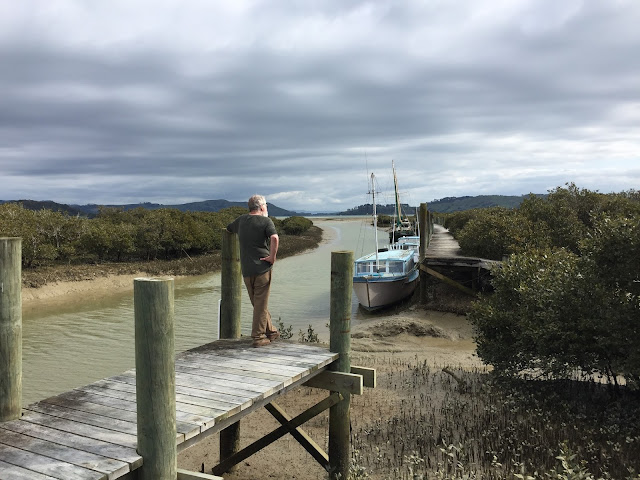