To Napier, Art Deco By Accident

Where we're staying tonight: The Shepherd's Cottage, located in Ahuriri, Napier, was built in the 1850s and has a Category II rating with the New Zealand Historic Places Trust. It is one a Napier's oldest dwellings. 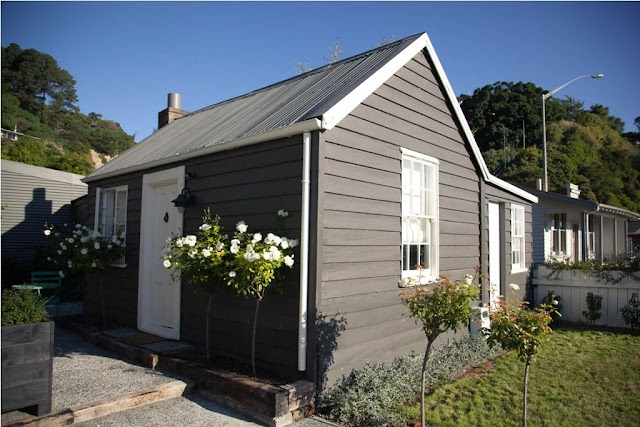 Napier history
On Tuesday 3rd February 1931, most of the Hawke's Bay district suffered a disastrous earthquake 2.5 minutes in length.

The earthquake rocked Napier almost totally leveling all buildings in the inner city. Some areas of land were raised by as much as eight feet, and approximately 4,000 hectares of sea bed became dry land. The current site today is the Napier airport and also residential and industrial property developments.

162 people in Napier and a total of 258 people in the Hawke's Bay area lost their lives.

The extensive rebuilding of Napier in the 1930s was in the popular Art Deco flavour of the time. Some of the Art Deco buildings were subsequently replaced with contemporary structures during the 1960s, 1970s and 1980s, including the Art Gallery. However, most of the centre remained intact for long enough to become recognized as architecturally unique. Since the 1990s the architecture has been protected and restored. 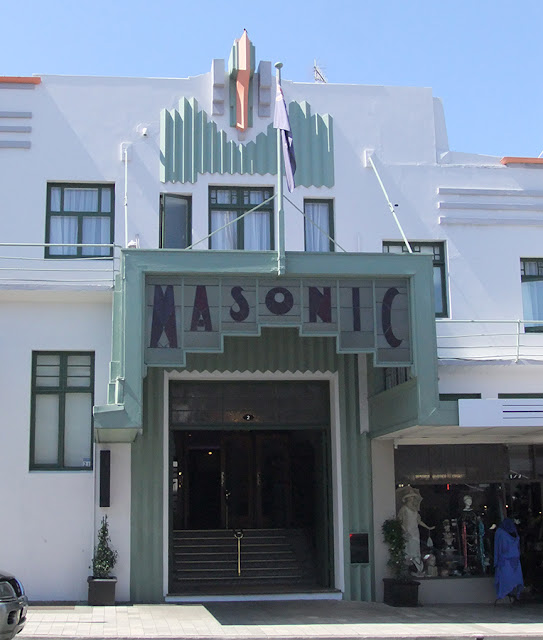 Here's our route today, a long drive for people who have been moving at a snail's pace (click here to view map if reading in email). We hope to walk tomorrow apres work.