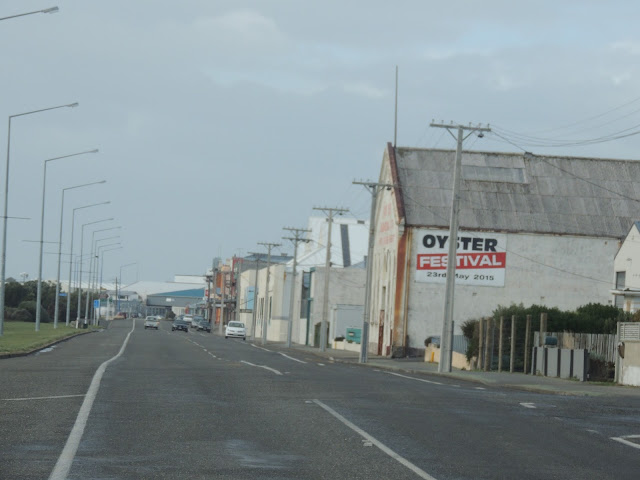 Bluff is best known for two reasons, near as I can tell: its oysters and a signpost indicating the southernmost point of the South Island (oh, and aluminum). However...


Bluff is Invercargill’s port, 27km south of the city. It's also home to NZ's only aluminum smelter, but the main reason folk come here is to catch the ferry to Stewart Island/Rakiura or to pose for photos beside the Stirling Point signpost, which signifies that you've reached the furthest southern reaches of NZ. Sorry to disappoint you, but you haven't, for despite the oft-quoted phrase 'from Cape Reinga to Bluff' and the fact that SH1 terminates at Stirling Point, the South Island’s southernmost point is Slope Point in the Catlins with Stewart Island/Rakiura and remote dots of rock lying even further south.

Still, it's exhilarating to be here 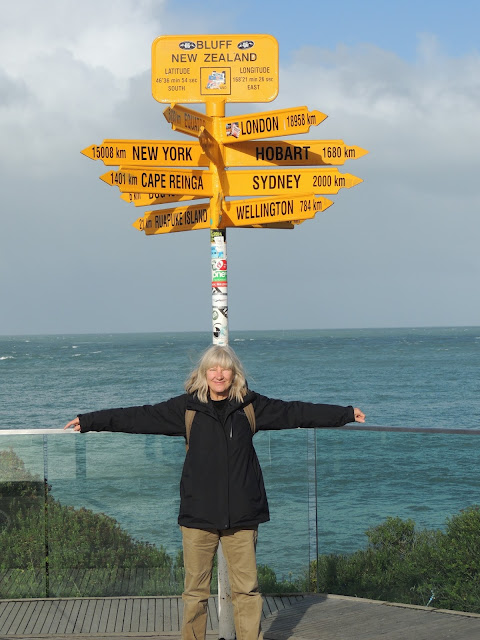 Here's Bluff's location, south of Invercargill and just across the water from Stewart Island/Rakiura (trouble viewing click here).
We took a vigorous hike along the Foveaux Straight in big winds. 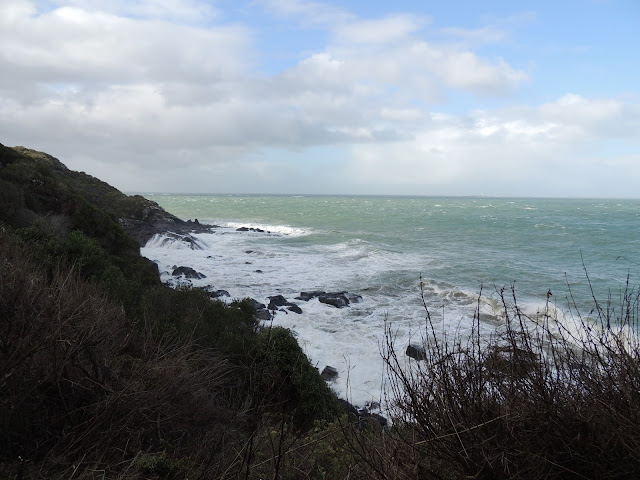 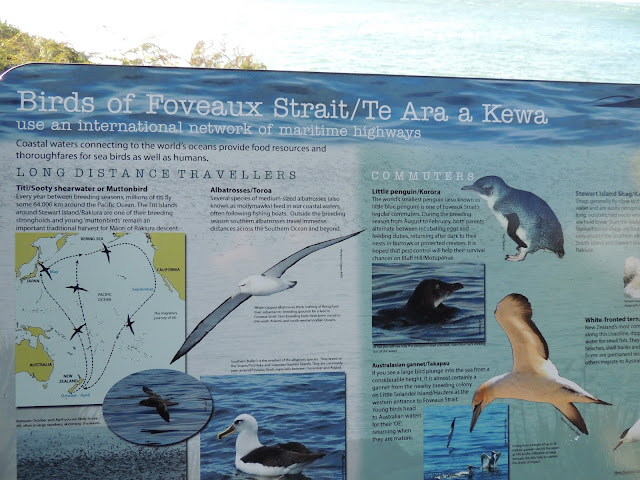 Look at those distances. 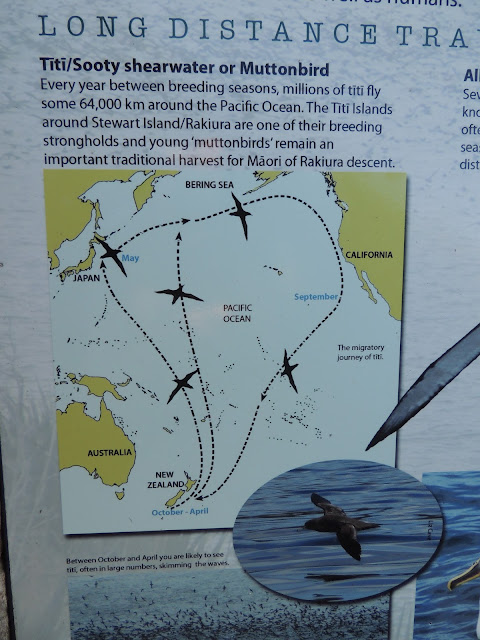 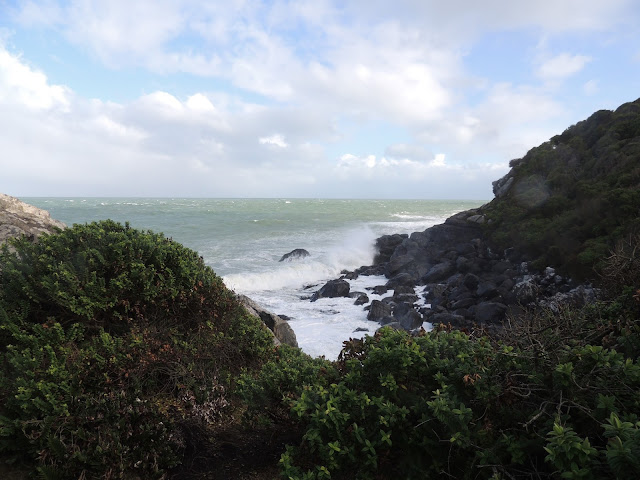 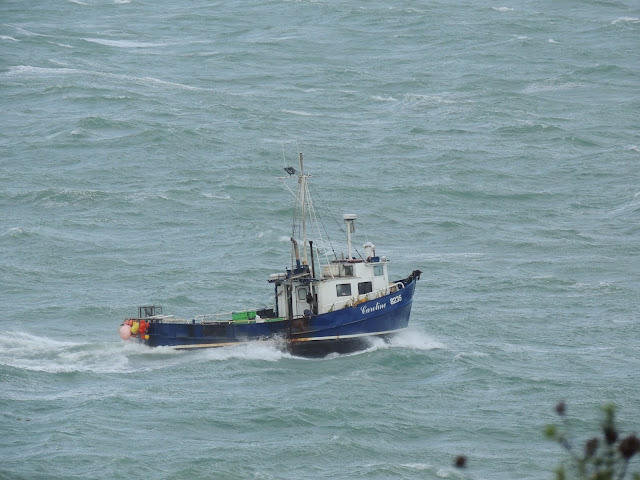 Have we earned our lunch yet? This resto has location x3. 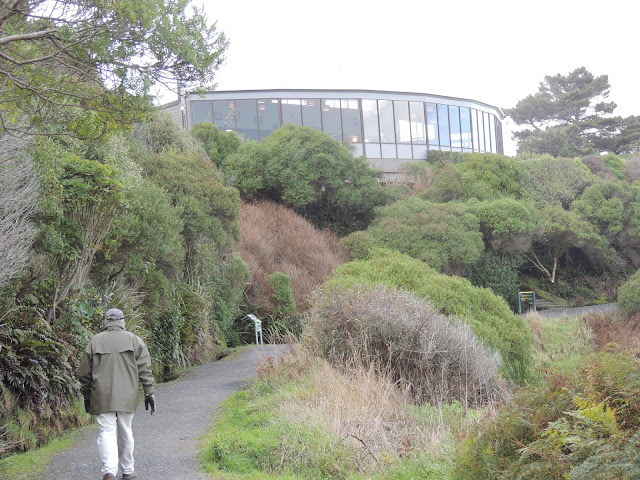 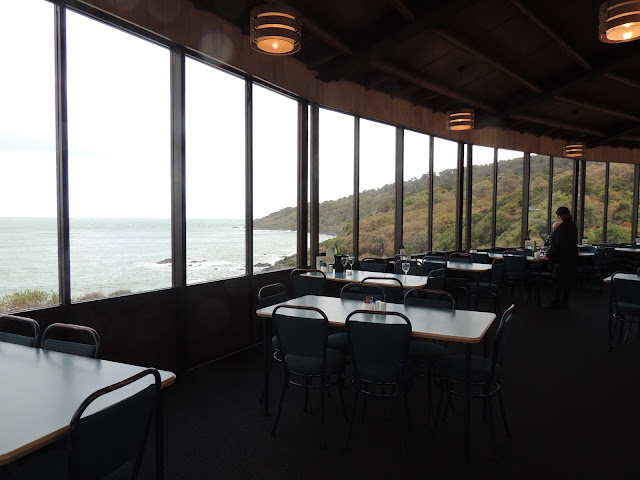 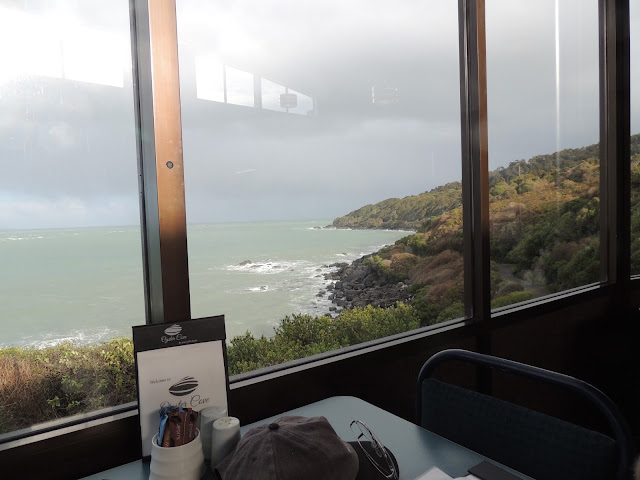 Flat whites served in bowls, now there's a concept we can endorse. The man sitting at rear was from Aberdeen, Scotland. We had a fine chat. 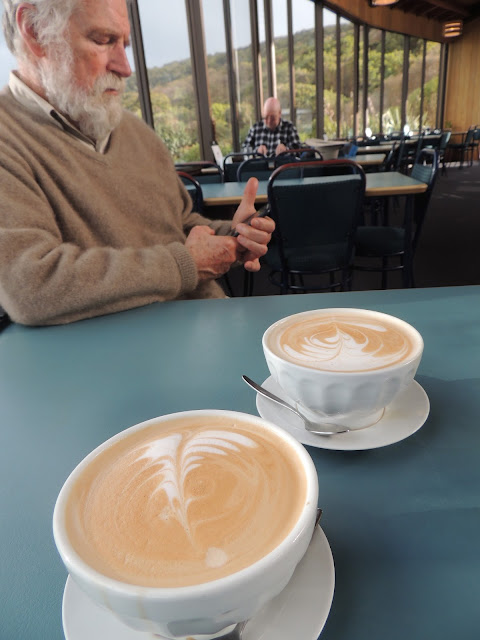 Some say that Bluff oysters are the finest in the world. They are grown slowly in the cold clean waters of the Foveaux Strait. March through August, the dredgers are out hauling them in. This season the boats have had fewer days on the water due to some wild weather.


Large and meaty, a half dozen were nirvana 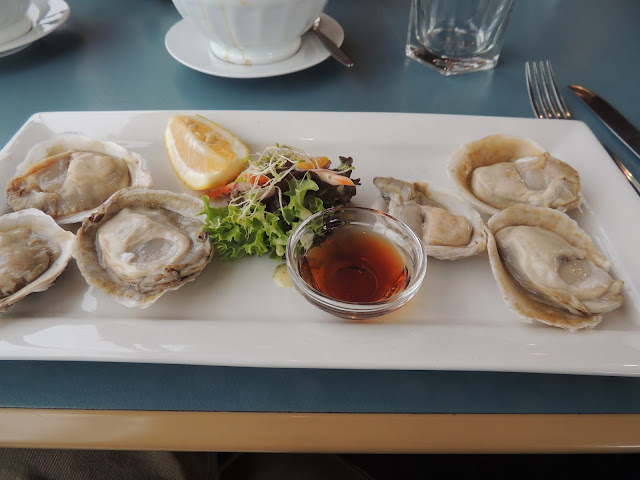