Weather Or Not, We're Together

You've been asking about the weather. It's been colder than usual all over NZ. In Te Anau, one night we hit a low of -7C (19F), which produced a couple of days that were utterly clear and, with the sun out, in the mid 40s. The nice guy we're renting the caravan from, who lives in the warmer top of the South Island, said they'd had -2C (28F) this week, the coldest he's seen in his 10 years here.

After much conversation Thursday (read: brisk discussion--OK, arguing), we postponed our drive out yesterday due to icy roads. I don't mess with road conditions. A day to get propane, then, and stock up on food, and find a new pair of socks for me. Oh, and more books. 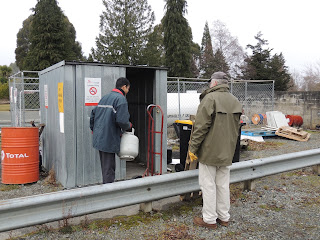 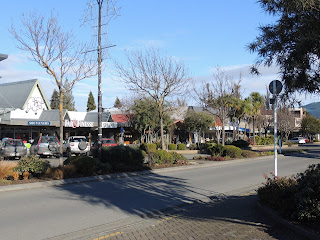 After shopping, time for a treat: a flat white and late lunch. This story discussed the sociological and legal implications of farms being handed down in families. 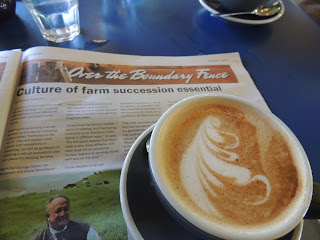 The Olive Tree Cafe, with a surprisingly wide-ranging menu. 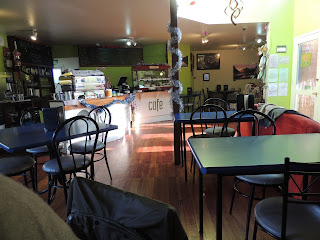 Including our blue cod. 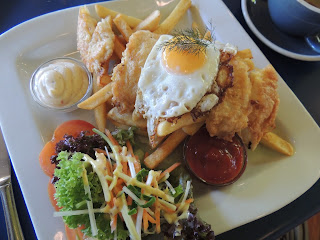 After lunch, we went to the wee Fiordland Cinema/bar (people here say "wee" a lot, and it is endearing), showing the exquisite 40-minute film Ata Whenua/Shadowland, essentially a grand copter ride through the Fiordland World Heritage Area. I learned that the park is larger than Yellowstone and Yosemite combined. Here's a clip (trouble viewing click here):

We had the theater entirely to ourselves. 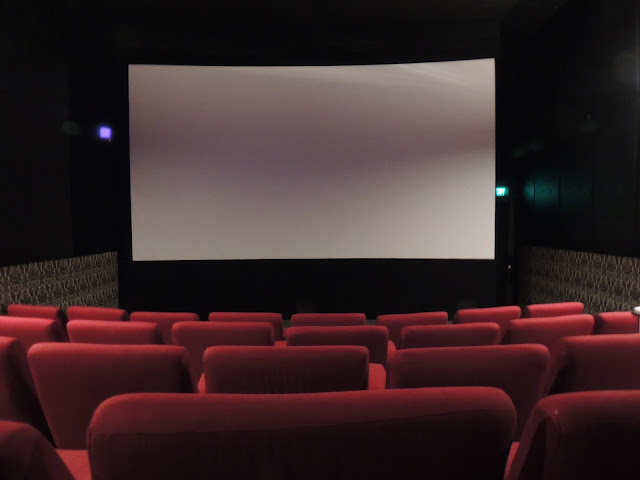 Friday we awoke to 46 degrees F and it felt downright balmy. We hitched up the caravan and drove to Invercargill (pop. 50,000), at the very bottom of the South Island.


Invercargill (Māori: Waihōpai)[2] is the southernmost and westernmost city in New Zealand, and one of the southernmost cities in the world. It is the commercial centre of the Southland region. It lies in the heart of the wide expanse of the Southland Plains on the Oreti or New River some 18 km north of Bluff, which is the southernmost town in the South Island. It sits amid rich farmland that is bordered by large areas of conservation land and marine reserves, including Fiordland National Park covering the south-west corner of the South Island, and the Catlins coastal region. Many streets in the city, especially in the centre and main shopping district, are named after rivers in Great Britain, mainly Scotland.

The NZ landscapes alter dramatically region to region. Less than half an hour outside Fiordland, here's what we saw. 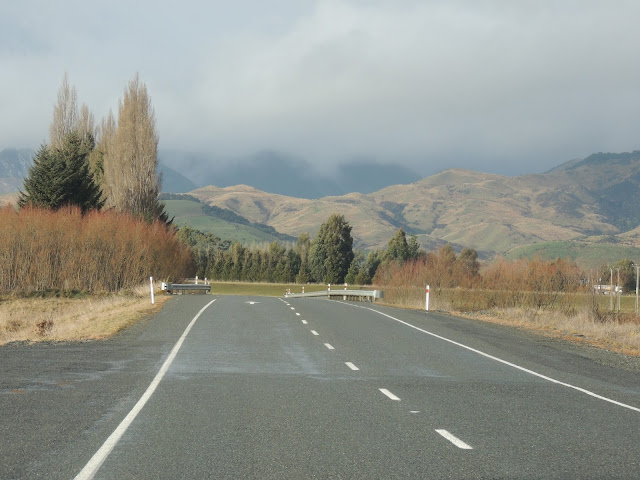 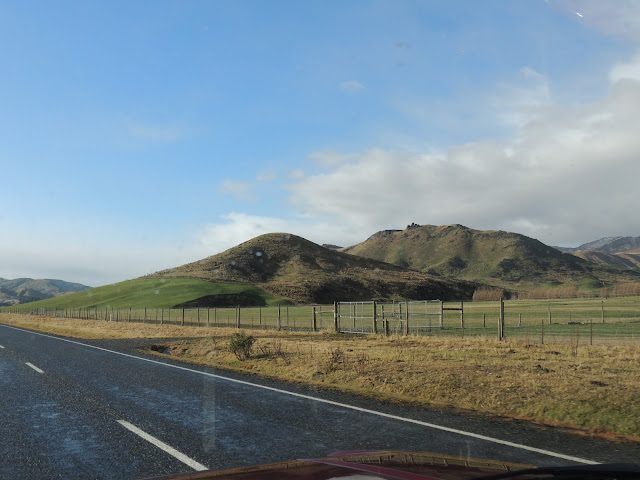 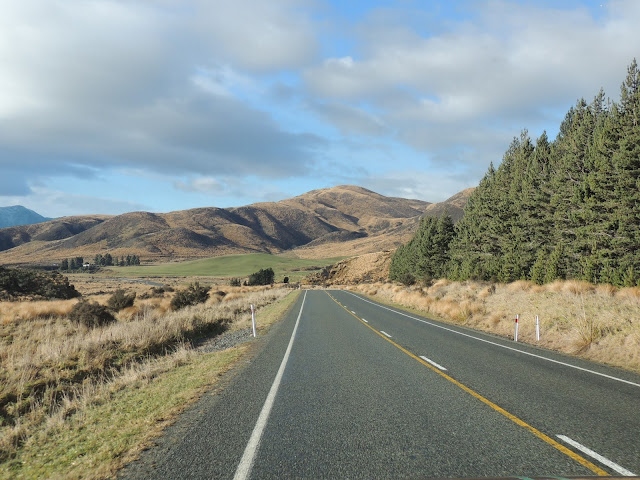 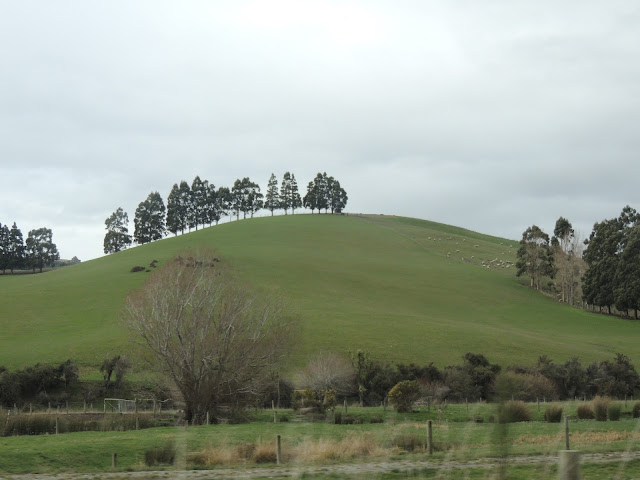 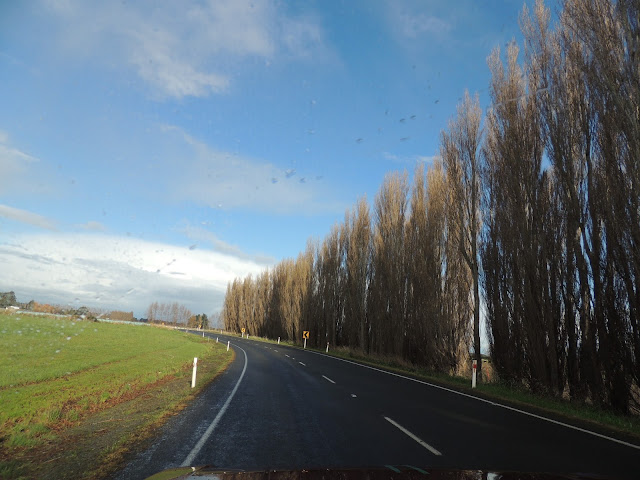 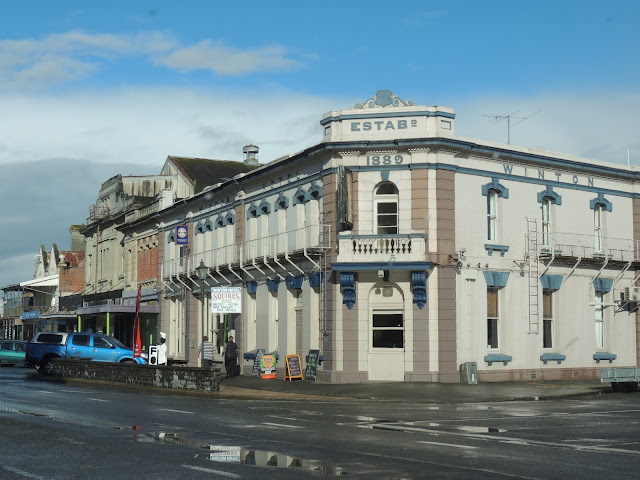 An angry sky just ahead, in Invercargill. 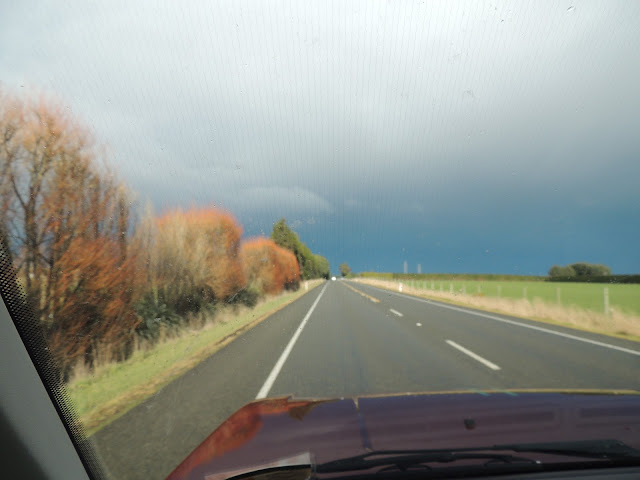