That's The Way That The World Goes Round

That kind of day, with John Prine's lyrics on repeat. We thought we were leaving Invergargill Sunday, heading out with the caravan on a sunny warm morning for the Catlins, on the southeastern coast of the South Island. Click here for some pretty pictures, not our own. Here's a map of the area (trouble viewing click here).

Instead we drove for two hours plus to Curio Bay in lashing rain only to discover the destination campsite wasn't workable for us. The bay, however, was a violent beauty in the wind. 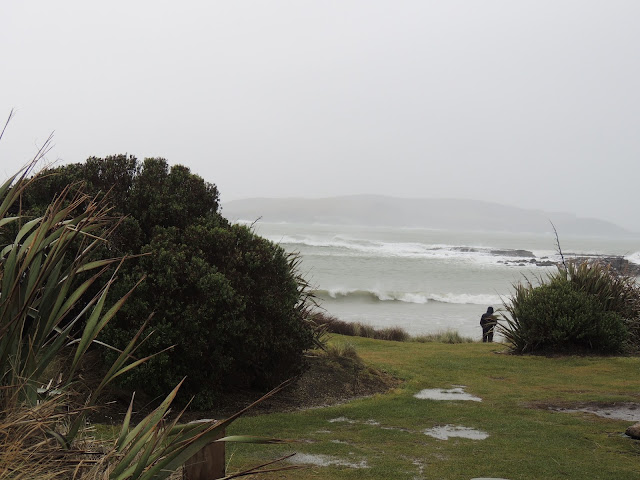 It was slow going, with twisty roads, low hills, and lots of sheep. I can imagine it would have been beautiful in a clear light. Still pouring, we headed out to find that the only road east was closed. Following a detour until it turned into miles and miles of gravel road (so my mapping program told me), there was nothing for it but turning back the way we came. And that's how we spent four long hours getting back to where we started. 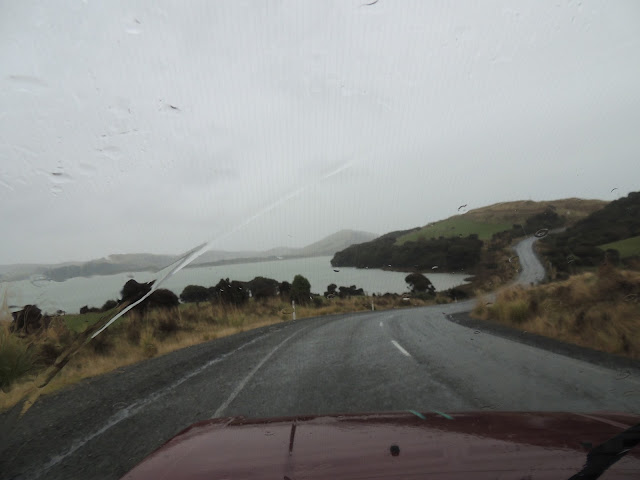 Yesterday we walked Queens Park in Invercargill, stopping to wander the museum there. 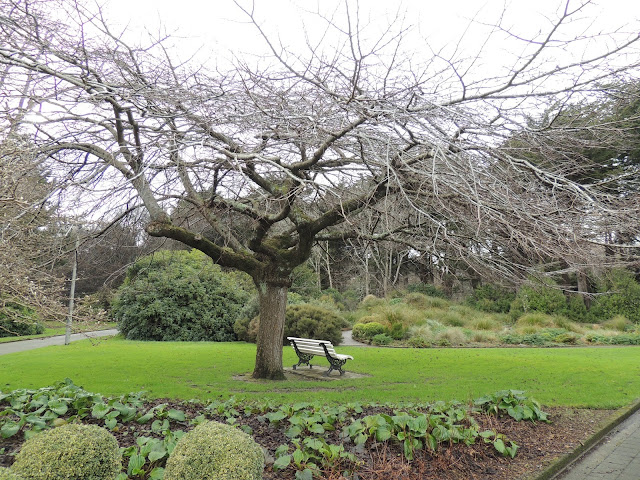 Burt Munro is Invergargill's favorite son. Anthony Hopkins played Munro in The World's Fastest Indian, a film that made me smile for 90 minutes straight. If you haven't seen it, make a note. You don't have to love motorcycles to love this film, which is really about Munro's kindness and tenacity. Here's what his motorcycle shell looked like. 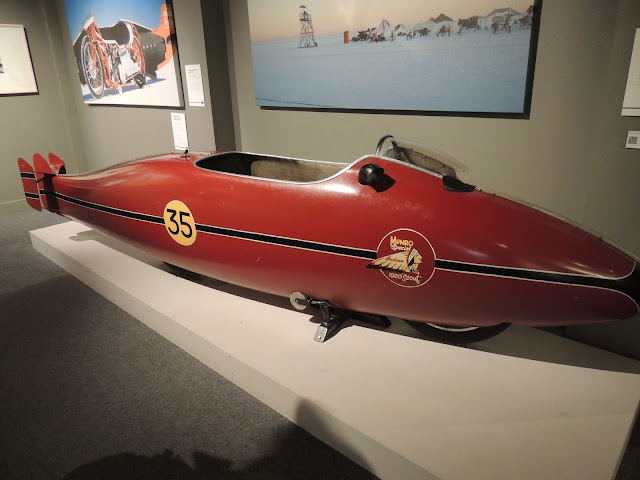 For 25 years in Invercargill at the south end of New Zealand, Burt Munro (1899-1978) has been working on increasing the speed of his motorcycle, a 1920 Indian. He dreams of taking it to the Bonneville Salt Flats to see how fast it will go. By the early 1960s, heart disease threatens his life, so he mortgages his house and takes a boat to Los Angeles, buys an old car, builds a makeshift trailer, gets the Indian through customs, and heads for Utah. Along the way, people he meets are charmed by his open, direct friendliness. If he makes it to Bonneville, will they let an old guy on the flats with makeshift tires, no brakes, and no chute? And will the Indian actually respond? 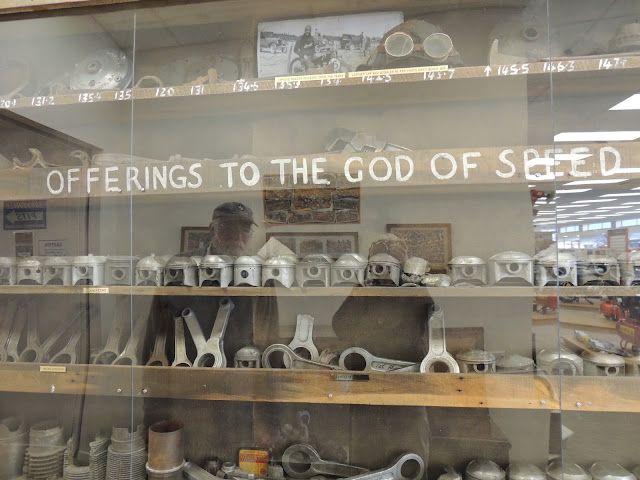 Also in the museum, look at this leg (taller than I am) of a giant moa, now extinct. 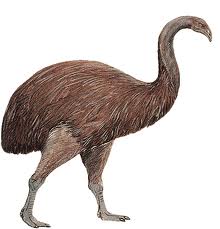 The moa[4][5] were nine species (in six genera) of flightless birds endemic to New Zealand.[6] The two largest species, Dinornis robustus and Dinornis novaezelandiae, reached about 3.6 m (12 ft) in height with neck outstretched, and weighed about 230 kg (510 lb).[7] When Polynesians settled New Zealand in CE 1280, the moa population was about 58,000.[8] 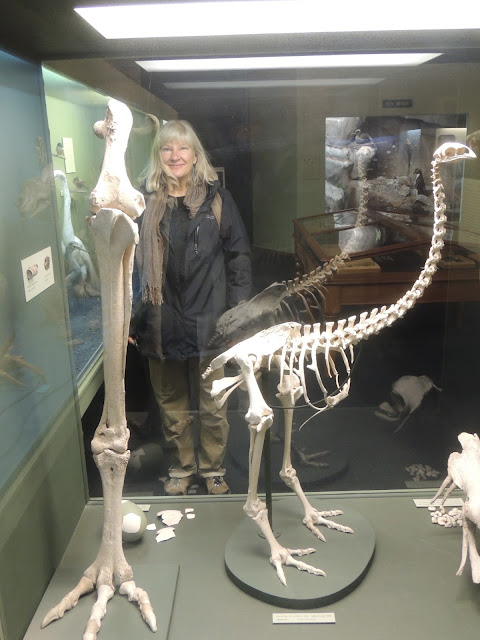 T'was a lovely day for a walk in the park. 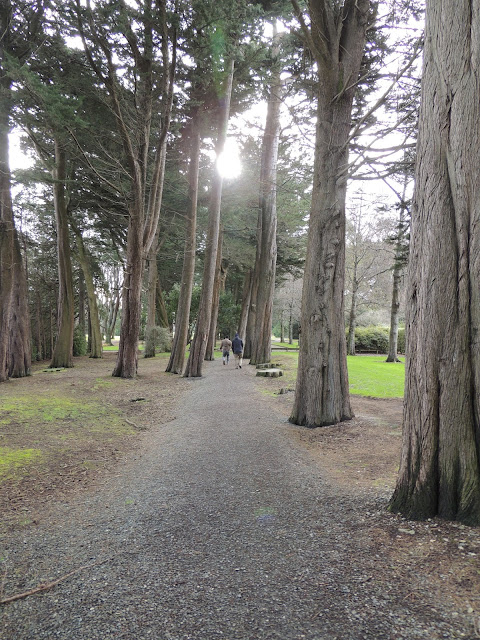 At the tea shop near the bandstand, I reminded my travel partner that the Queen of Flat Whites still hasn't slurped at least a dozen of the famous Bluff Oysters, but a trip there is on the agenda, just 15K south of Invercargill.


Each March, oyster lovers descend on the catch of Bluff’s best bivalves – a seasonal delicacy from one of the last remaining wild oyster fisheries on the planet. The Bluff oyster season opens on Sunday, March 1 and runs until August 31, or earlier if the annual harvest limit is reached. 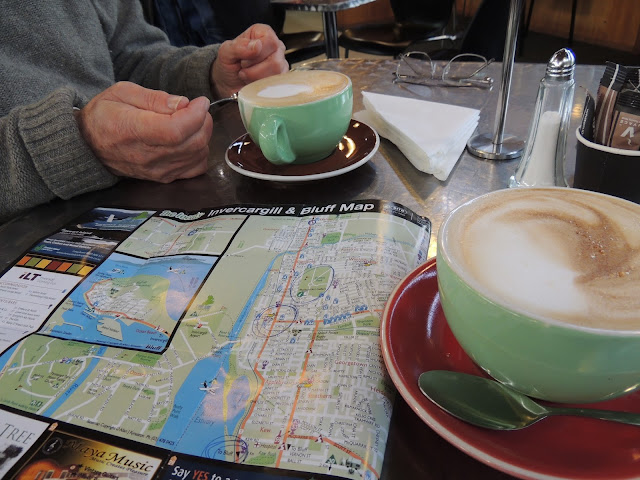 More fish for late lunch Saturday, gearing up for our Catlins road trip that turned into a round-trip. That's the way that the world goes round... 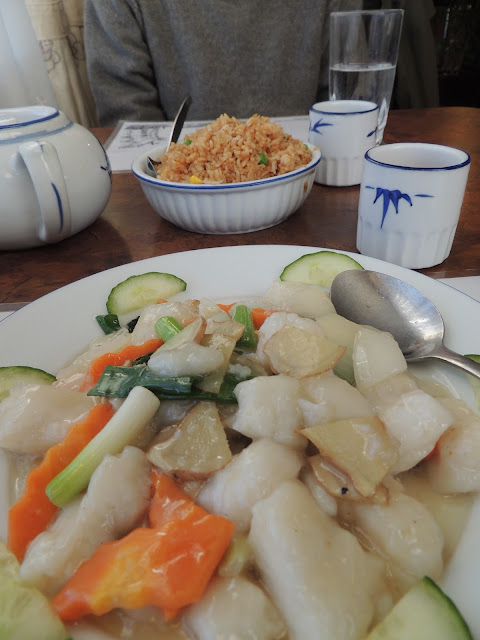