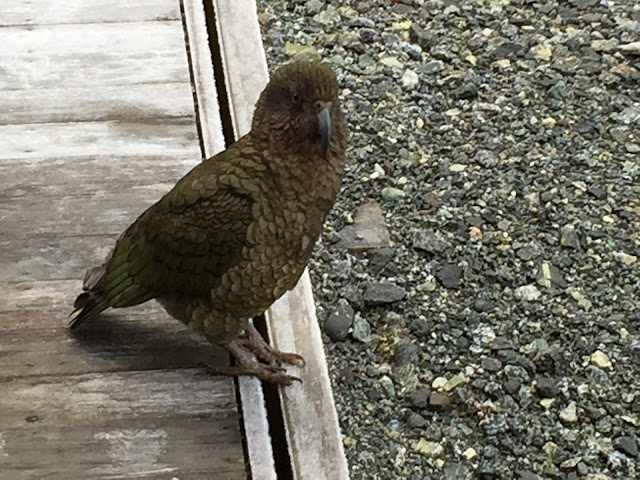 19 inches long--this is a big parrot

A kea toddled up on our deck this morning, likely looking for a handout, but signs everywhere remind us not to feed these smart cheeky birds.

The kea's notorious urge to explore and manipulate makes this bird a pest for residents and an attraction for tourists. Called "the clown of the mountains",[24] it will investigate backpacks, boots, skis, snowboards, and even cars, often causing damage or flying off with smaller items...The kea (/ˈkiː.ə/; Māori: [kɛ.a]; Nestor notabilis) is a large species of parrot of the superfamily Strigopoidea found in forested and alpine regions of the South Island of New Zealand. About 48 cm (19 in) long, it is mostly olive-green with a brilliant orange under its wings and has a large, narrow, curved, grey-brown upper beak.

The kea is the world's only alpine parrot.

People commonly encounter wild kea at South Island ski areas, where they are attracted by the prospect of food scraps. Their curiosity leads them to peck and carry away unguarded items of clothing or to pry apart rubber parts of cars — to the entertainment and annoyance of human observers. They are often described as "cheeky". A kea has even been reported to have made off with a Scottish man's passport while he was visiting Fiordland National Park.[25]


Our kea visitor didn't steal my passport, but we're not going anywhere fast. The road to Milford Sound was closed at 5 pm tonight for two days in the wake of what's being called significant snow. 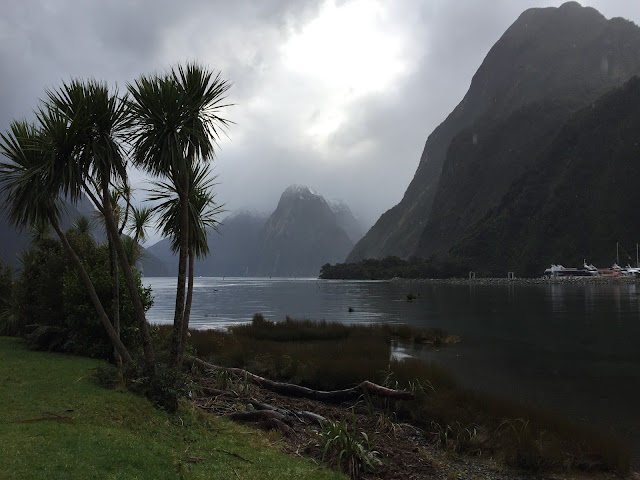 What that means for our flight out Friday isn't clear, but it's not a bad place to be stranded, here on the edge of the world, watching the river rush past our window. 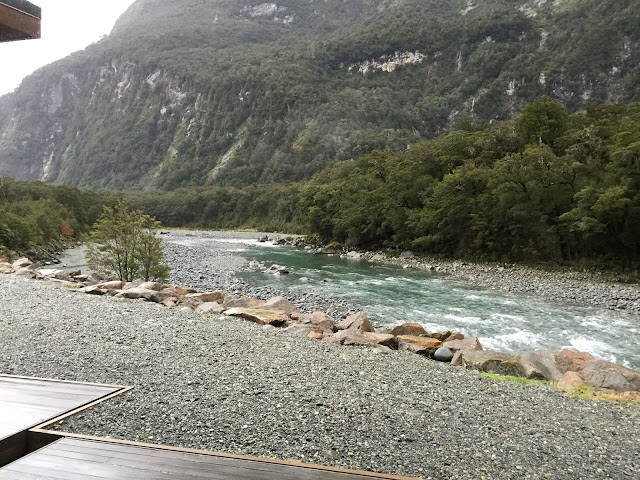