The skies never cleared enough for our return flight to Queenstown, but they opened the road and we boarded a bus for a fine ride back Friday. Milford Sound is the kind of dreamy, otherworldly place you imagine might exist...and then you discover it actually does.

On the flight in, the pilot took us to the edge of the sound, the Tasman Sea stretching endlessly beyond, before a graceful turn and landing. 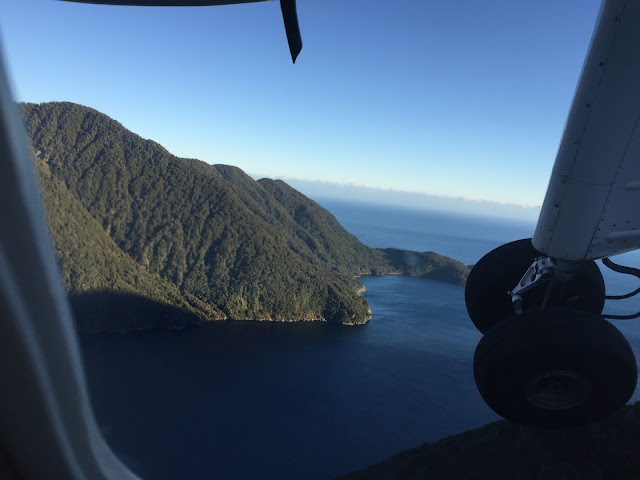 Milford Sound gets up to 26 feet of rain per year. It's one of the wettest places on earth and in fact the top ten feet of water in the sound is fresh, sitting atop seawater from the Tasman. The sound is a stunning 1300 feet deep in places, carved in the loveliest possible way by ancient glaciers. 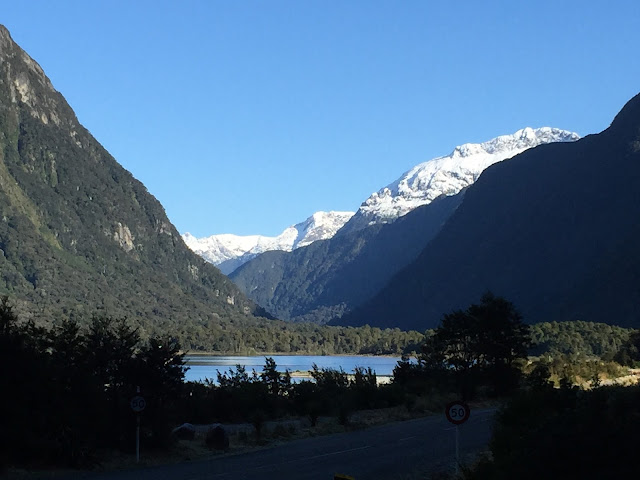 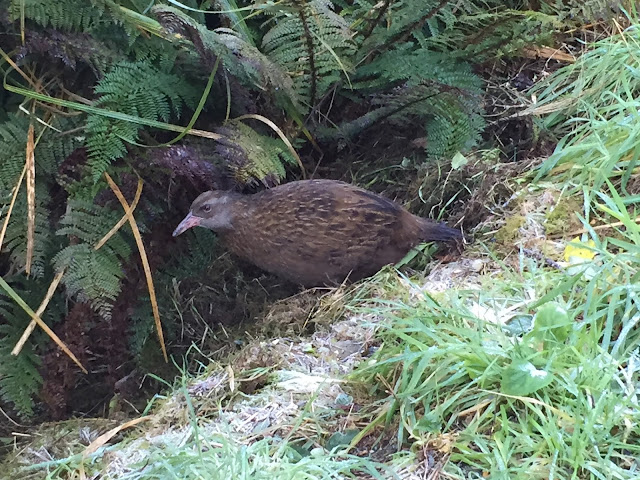 Māori are believed to have discovered Milford Sound more than 1,000 years ago, returning seasonally to the fiord to collect the precious pounamu (also known as greenstone or jade). These treks from the east used traditional pathways across passes such as MacKinnon Pass on the Milford Track.

According to Māori legend, Milford Sound was formed by Tu-te-raki-whanoa, an atua (godly figure) who was in charge of shaping the Fiordland coast. Chanting a powerful karakia (prayer), he hacked at the towering rock walls with his toki (adze) called Te Hamo and carved it from the earth.

In 1912 John Grono was the first European settler to land in the sound. He named Milford Sound after Milford Haven in Wales. Tales of the region’s untouched beauty began to spread - British writer Rudyard Kipling visited it and declared it ‘the eighth wonder of the world’. From 1930-1954 the Homer Tunnel was built, allowing road access to Milford Sound, and visitors began to flock to Milford Sound to see it for themselves. Today it is New Zealand’s most famous tourist destination and frequently tops lists of the most beautiful places in the word. 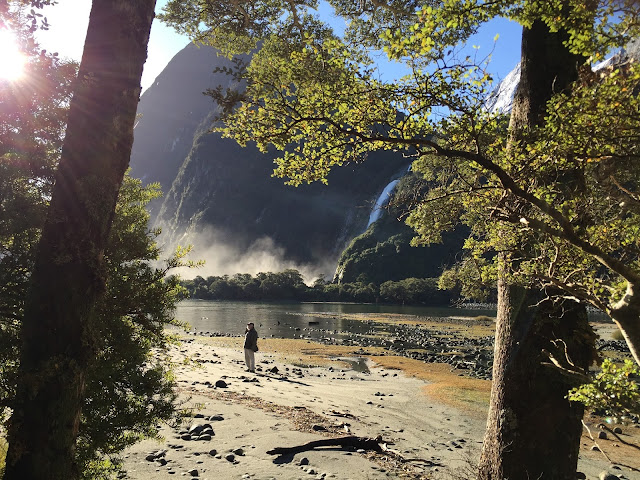 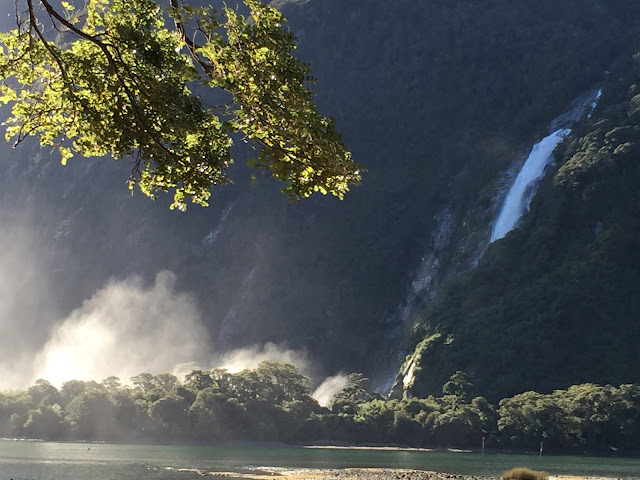 The Cleddau River outside our cabin was low and slow when we arrived, with a hint of blue. 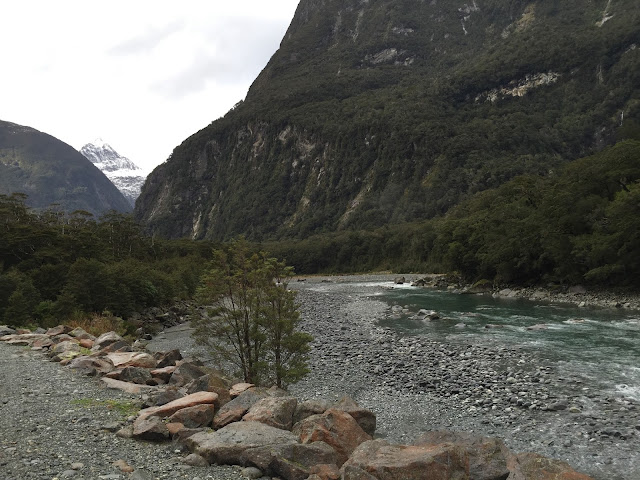 Wednesday night it rained, and Thursday we awoke to a river alive and a mountain firehosing waterfalls. (Trouble viewing? Click here.)

It's almost more beautiful in the misty mist. 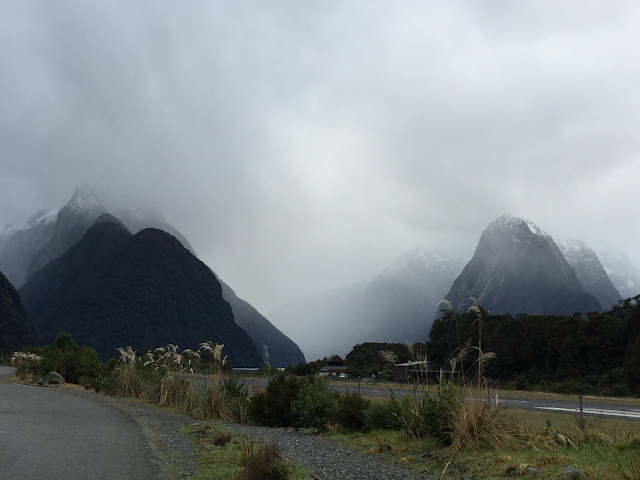 Milford Lodge is the only accommodation here, though it offers everything from tent sites and bunks to double rooms and cabins. Development at Milford Sound is virtually nonexistent, save for the Blue Duck, a restaurant (being renovated) and cafe where we stopped for a flat white in paper cup. 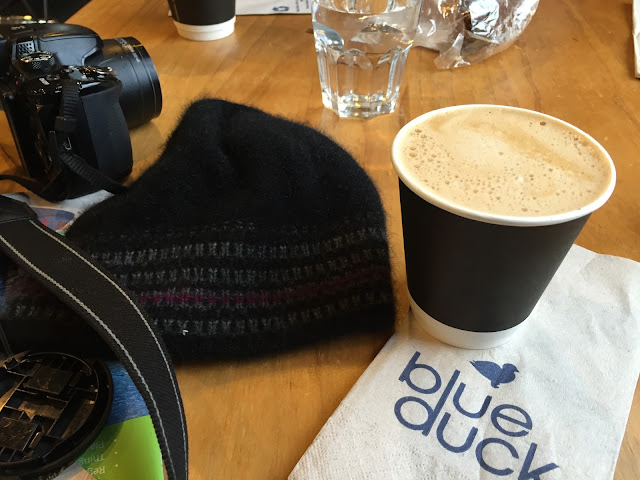 There's also a very busy airstrip flying people in and out and around, plus a stately ferry terminal with choices for cruising the sound, which we'll be doing on our family trip in about a month's time. 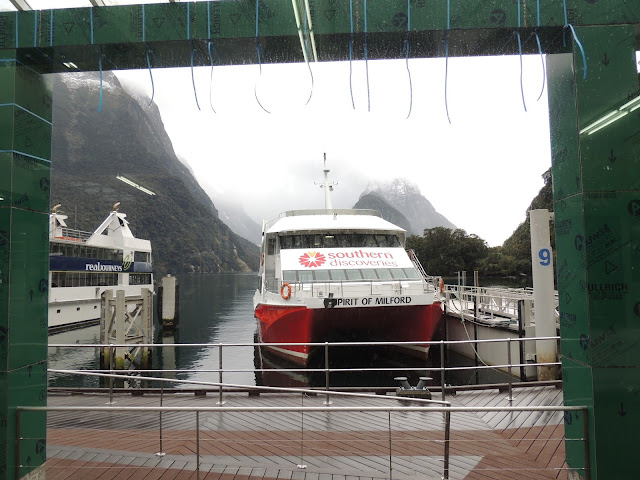 Back at the lodge, the communal kitchen, where we're preparing a breakfast of eggs and sweet potatoes. 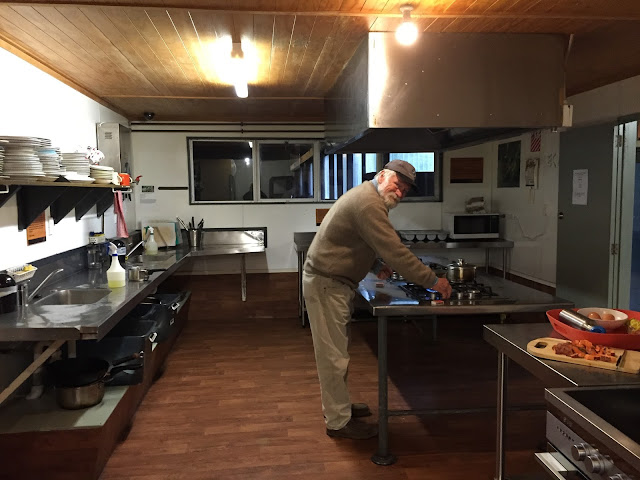 More pictures of this unspoiled Fiordland paradise, the first two from the ten-seater plane we flew in on. 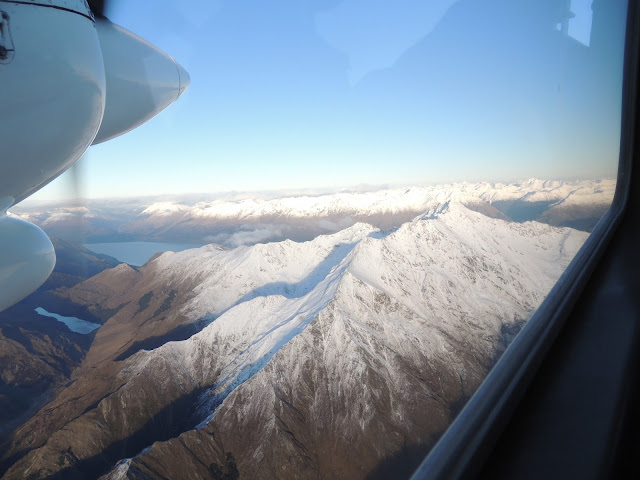 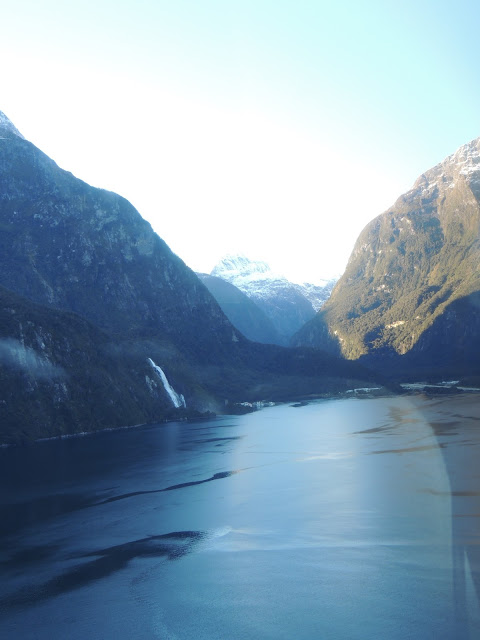 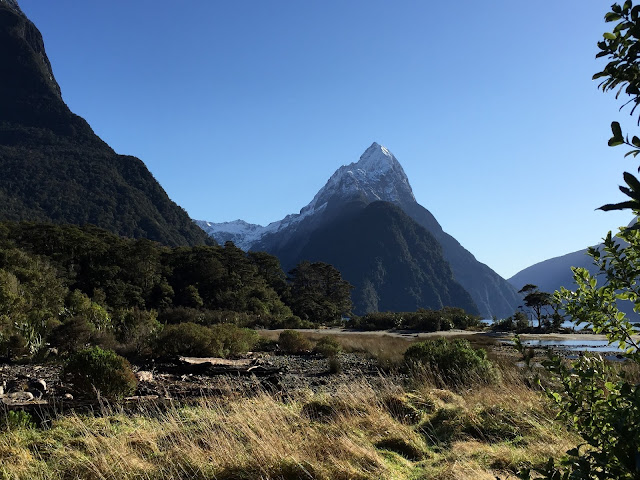 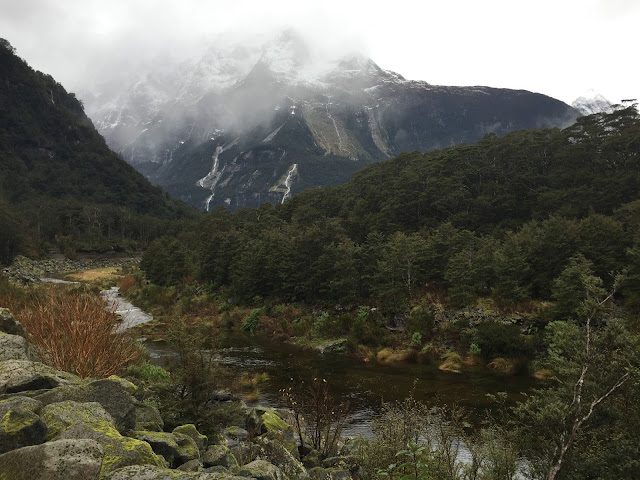 We're back in Queenstown, where it snowed a couple of inches while we were away. More common for it to accumulate in the mountains than on the ground, but it's clear now. 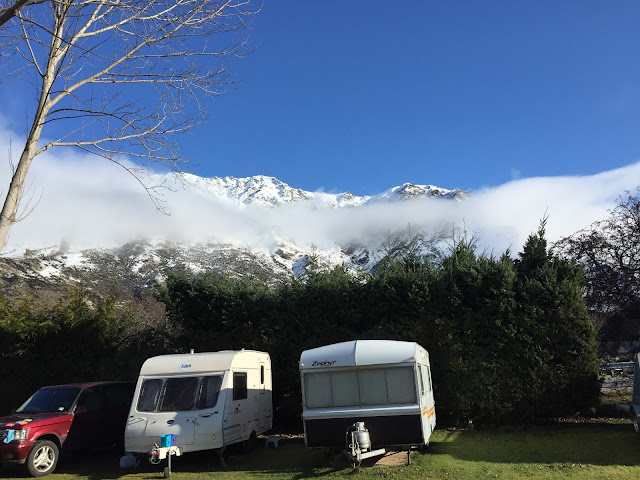 If you can't get enough of Milford Sound, we recommend this post for more info and pix.