Highfield Garden Reserve Donkeys and Lunch at the Sawmill Cafe

Kia ora, friends. Things have been looking up here, starting with our drive yesterday, half of it in a driving rain. A good test and...our taped caravan passed handily. Not a drop inside.

We arrived at a unique camp place, a piece of land that's been in this family for 150 years, much of that time a hospitality effort. Currently they offer tidy motel units and also a few spaces for caravans, campervans, and tent campers, right on a beach named for the family. The grounds are lush. More tomorrow. 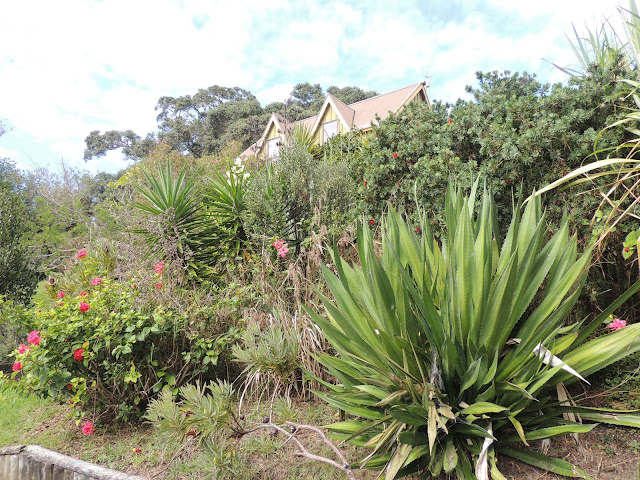 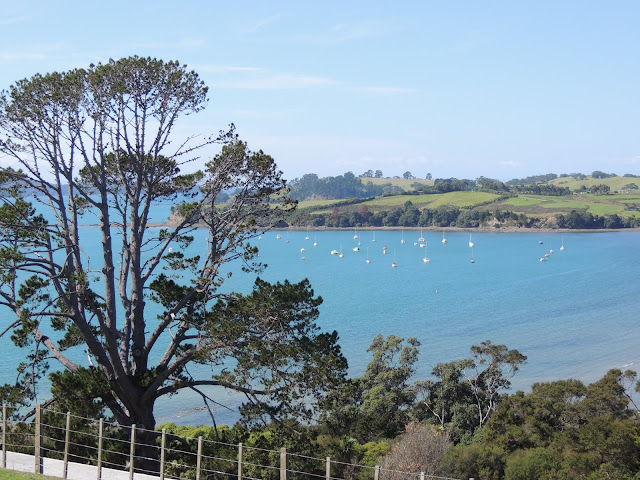 The reserve has a most unusual history, animal presence, and pair of benefactors:

Donkeys living at Highfield Garden Reserve began Nov 1969, with the arrival of Tilly, purchased by owners of the land, Ted and Alison Roberts. The donkeys were to carry loads for their farm/gardening projects, as well they would be an interest for the visiting youngsters along with keeping the grass under control.  Donkeys are social animals and Tilly was soon followed Toby. 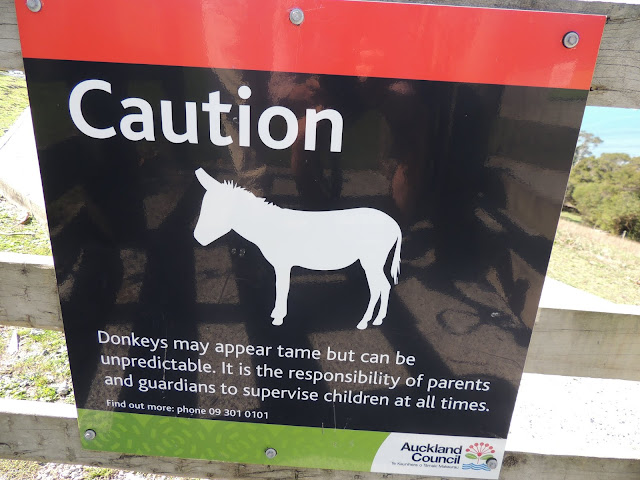 When the land at Highfield was gifted to the people of NZ, Alison continued to look after the donkeys. After her death and with the blessing of the Roberts family our local community formed an Incorporated Society to take ownership of the donkeys and a new era began. In 1981 Ted and Alison Roberts placed their land and the donkeys that were settled at Highfield in trust with the intention that the Gardens would be transferred to public ownership for all to enjoy.

The small heard of donkeys graze between 3 paddocks of the reserve and are a great attraction for families. The Donkeys are manged by the Highfield Donkeys Incorporated Society. The Donkeys love carrots, apples and silverbeet.

The donkeys have an immaculate view
(see them down there under the tree?) 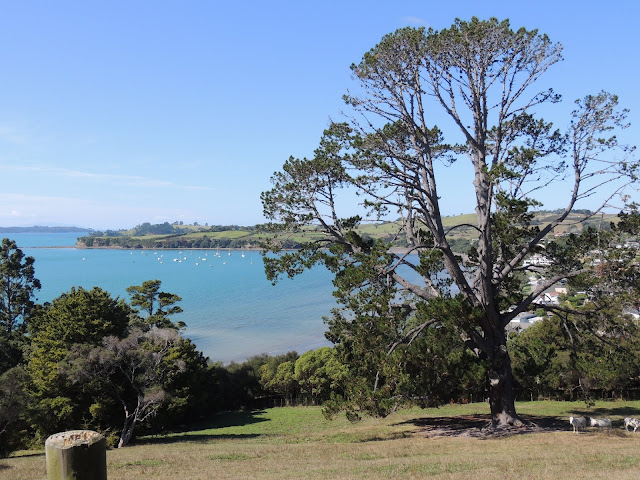 Donkeys hear us coming, begin to leave their paddock and move toward us. 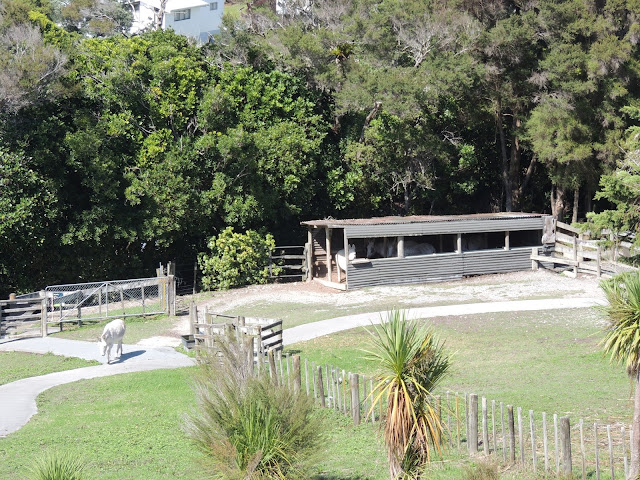 Donkeys sneakin' up on me? 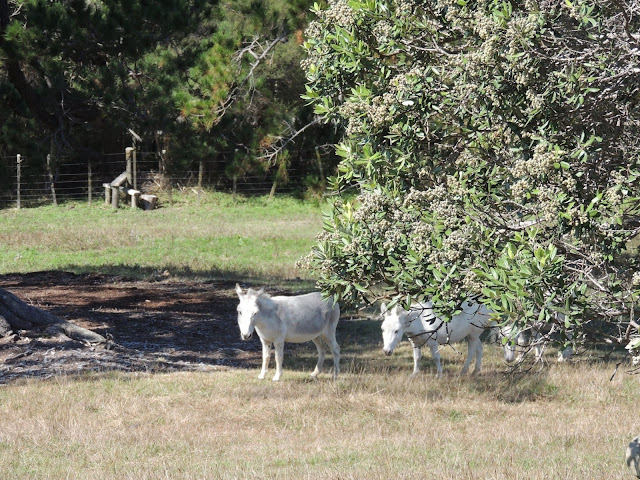 The loud braying began soon after they moved into formation. Too organized for my comfort. I took that sign to heart. Plus, I hadn't read the part about bringing them vegetables to snack on. We retreated and had a big walk around the reserve, run off by what turns out to be a pack of friendly donkeys. 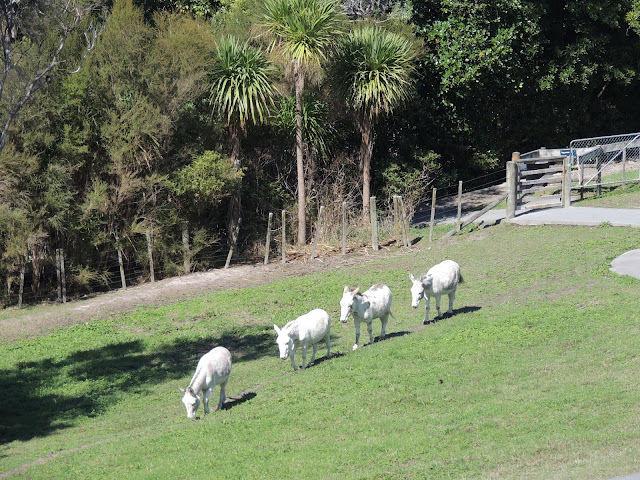 Late lunch at the Leigh Sawmill Cafe, quite the undertaking to move a piece of working history toward a new life as bar, cafe, and lodgings. 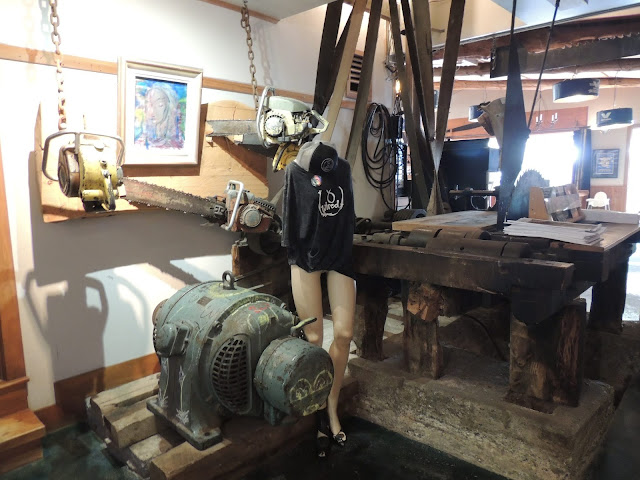 History (click to read more): The recycling of an industrial icon. Throughout the latter half of the 19th Century, Leigh and its environs were actively logged for native timber.

They have live music too, up on the stage. Today is was Ella and Louis Armstrong on the box. 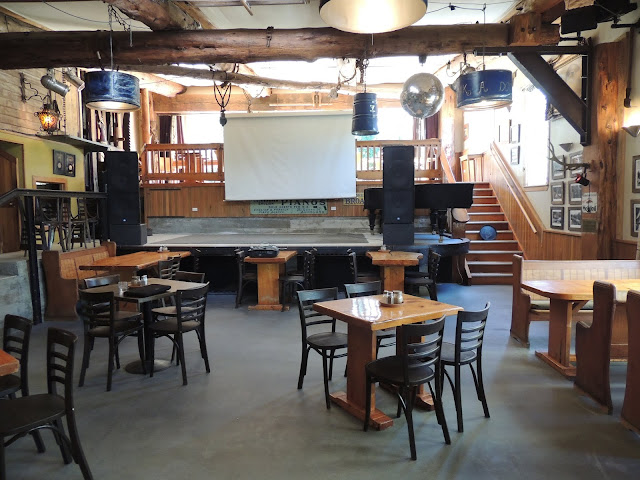 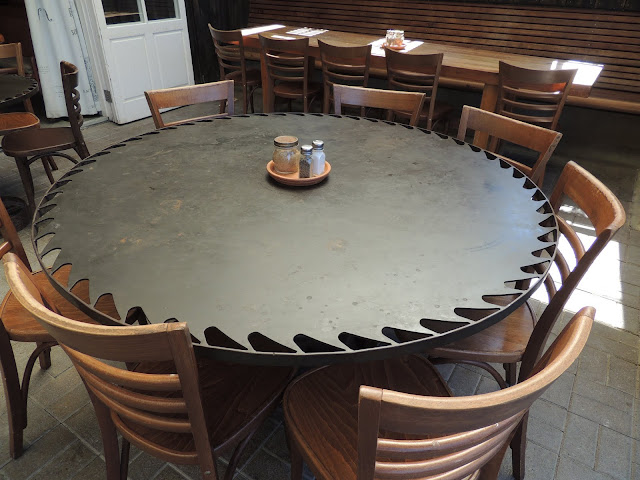 They did a sweet job on the reno. 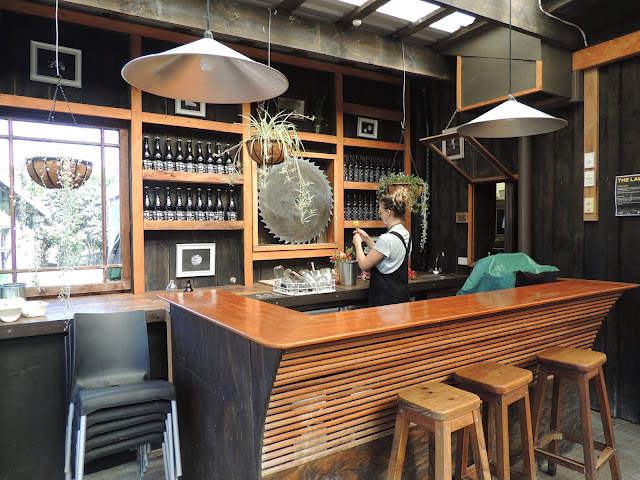 We sat outside in the hot sun, awaiting fish and chips and salad. 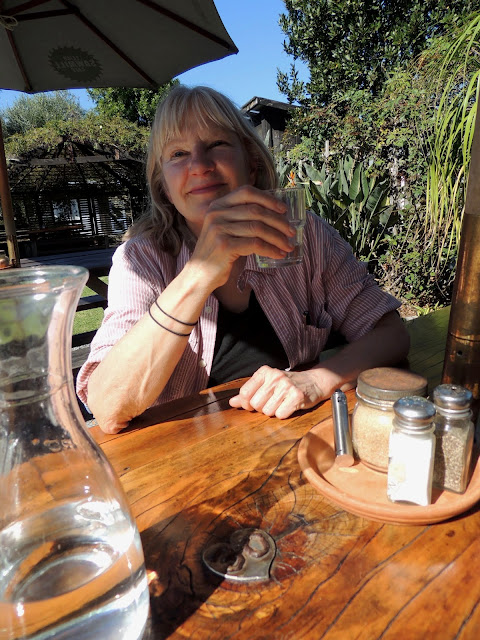 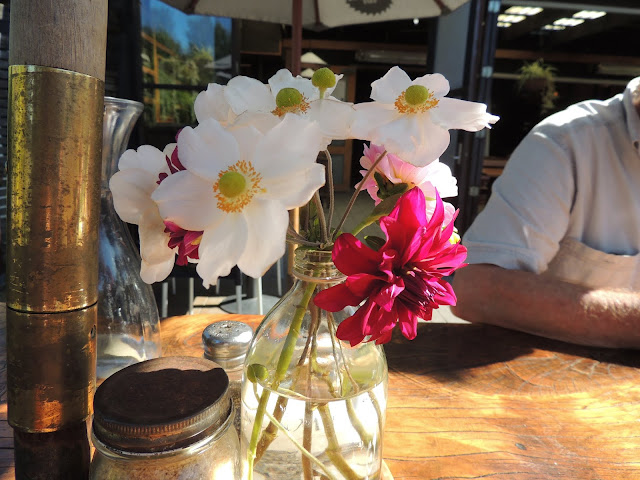 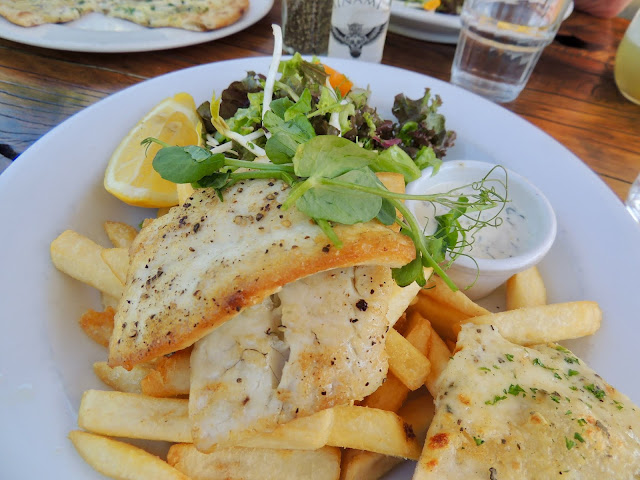 Plus a pineapple-mint frappe for Art. 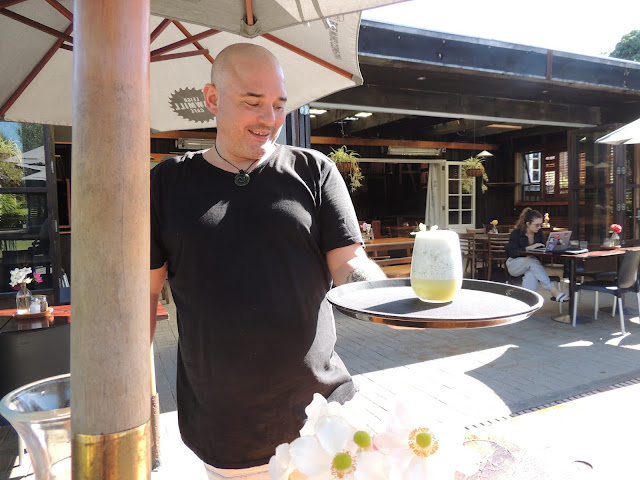 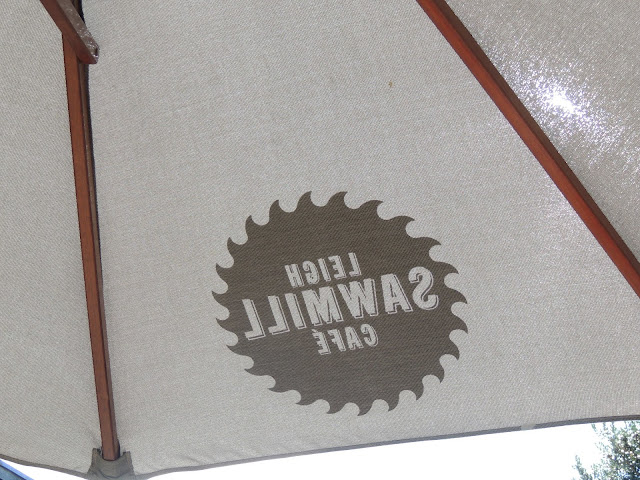 There are even places to stay adjacent to the cafe. Check them out here. Roll out of bed and into one of their gold-star brunches. A most satisfying visit. 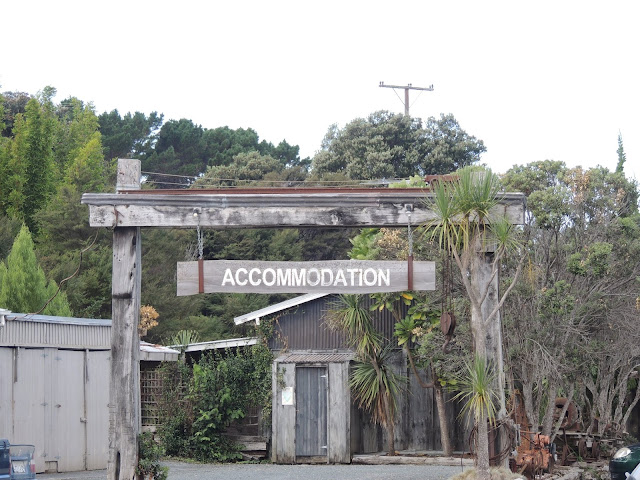