The Overstory and A Day of Trees

I awoke today to an email from dear friend Carole, telling me that Richard Powers' novel The Overstory had won the Pulitzer Prize. It was my favorite book of 2018. Here's an excellent review by her excellency Barbara Kingsolver. 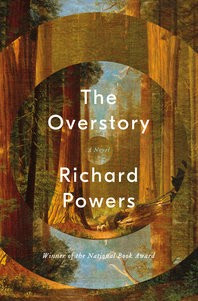 In announcing the award, Pulitzer Administrator Dana Canedy described the book as “an ingeniously structured narrative that branches and canopies like the trees at the core of the story, whose wonder and connectivity echo those of the humans living amongst them.”

Today we drove west to the Kauri Coast. The NZ Department of Conservation says kauri "are among the world's mightiest trees, growing to over 50 m tall, with trunk girths up to 16 m, and living for over 2,000 years."

They're right up there with the redwoods and sequoia, another big part of Powers' book. Sadly, the kauri here are suffering from kauri dieback disease, but they're working on it and we'll have more to share in coming days.

Our wee campground in Pahi hosts one of the largest Moreton Bay Fig trees in the world, believed to have been planted before 1840. There's Art standing under it. 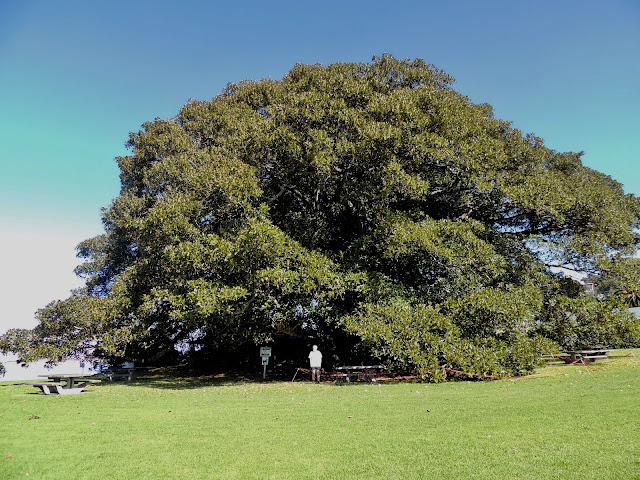 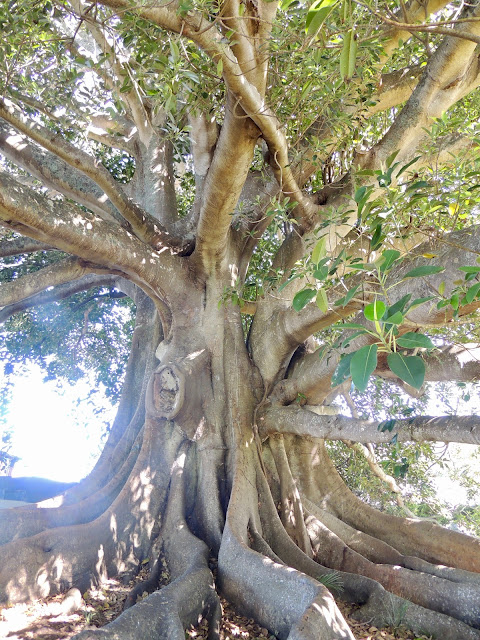 Its welcoming branches hold a multitude of stories. 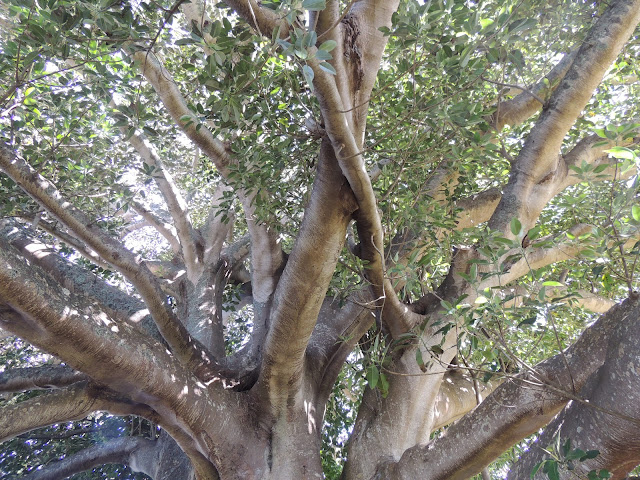