Tane Mahuta, Lord of the Forest

Today we stood in the presence of Tane Mahuta, the largest kauri tree in the world. It is virtually impossible to capture its majesty in a single photo, not to mention its energy. 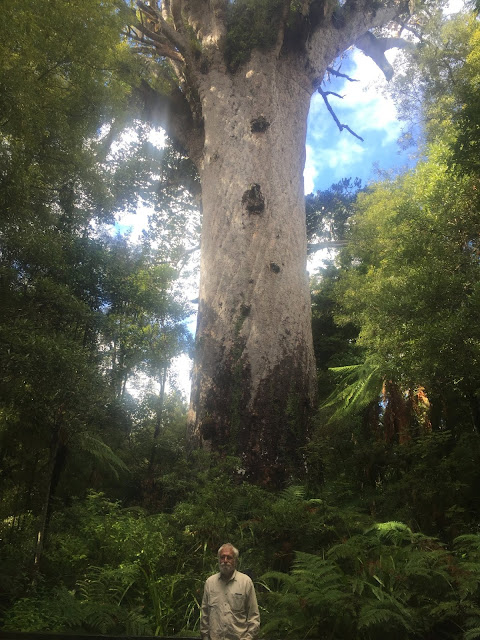 This Guardian piece is so nicely written I'm quoting from it...
Just a short walk down a wooded gangway into the rainforest of Waipoua, near Dargaville on New Zealand’s north island, is a living giant. Its name is Tāne Mahuta and it’s a kauri tree – one of the largest types (by girth rather than height) in the world. Tāne is named after the Maori forest god and, in the myth, is the fruit of the primordial parents: his growth having broken apart the embrace of Ranginui, the “sky father” and Papatūānuku, the “Earth mother,” allowing the space and light for life to flourish. 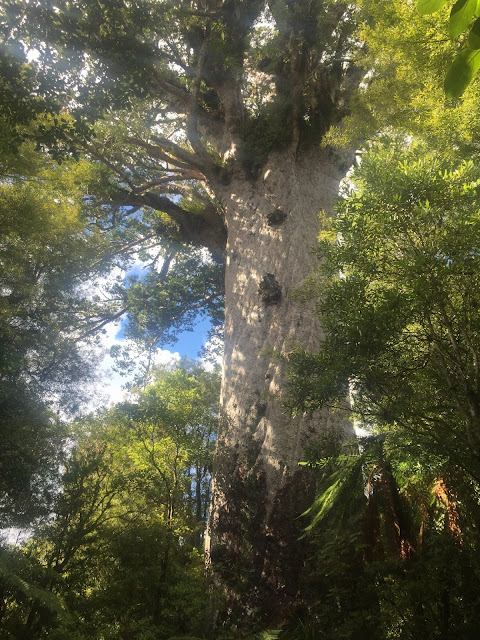 Walk beneath Tāne, which is 51.5 metres tall and has a trunk girth of 18.8 metres (a challenge for the most ardent tree-hugger), and you can’t help but feel moved – and incredibly small. It isn’t just physical majesty that brings tourists flocking to Waipoua to visit “the lord of the forest,” it is the atmosphere around the tree. 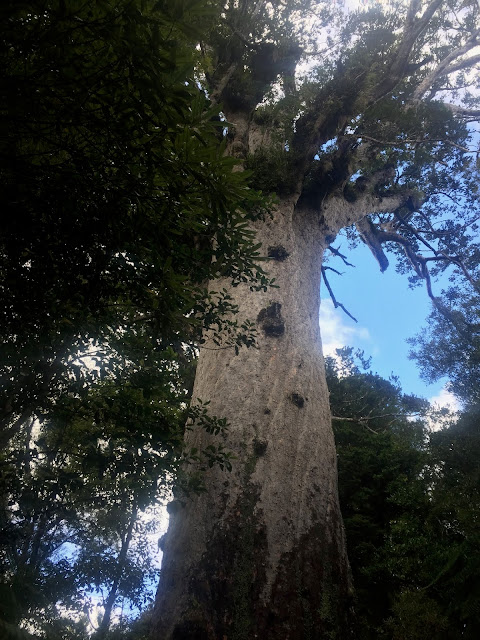 This photo from the Guardian captures something of its immense presence. 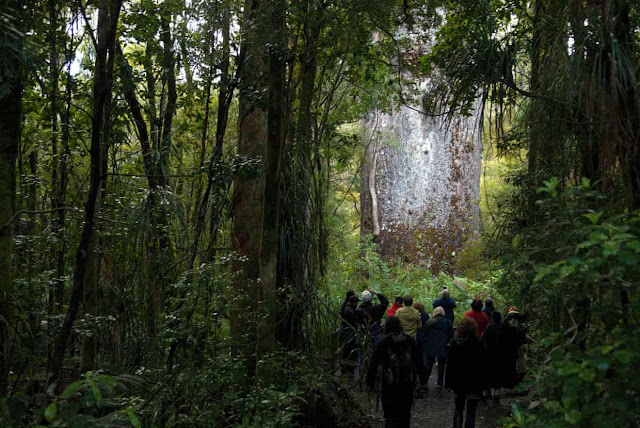 “Sometimes people are overwhelmed and end up crying,” says Vanessa Rapira of the Te Roroa tribe, who is employed by the Department of Conservation to be near Tāne in all weathers and to serve as its ambassador and its protector. “It is the energy that the visitors pick up, not only from Tāne Mahuta but also the surroundings,” she says.
Posted by H2 at 11:36 PM