Opononi on the Hokianga Harbor

We're camping here on the shores of the Hokianga Harbor, a big beautiful blue slash in the map, with astonishingly high sand dunes across the water. 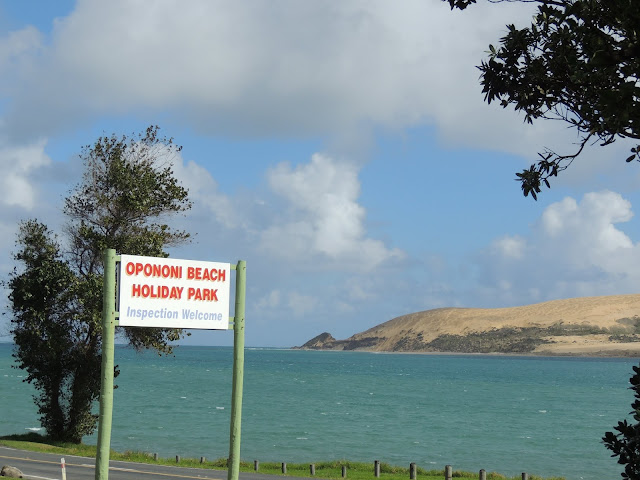 For a wee settlement, it has a nice bar/restaurant down the way, where we walked for a flat white. (BTW, several alert readers asked the age of Tane Mahuta from yesterday's post and my research says, remarkably, between 1250 and 2500 years old.) 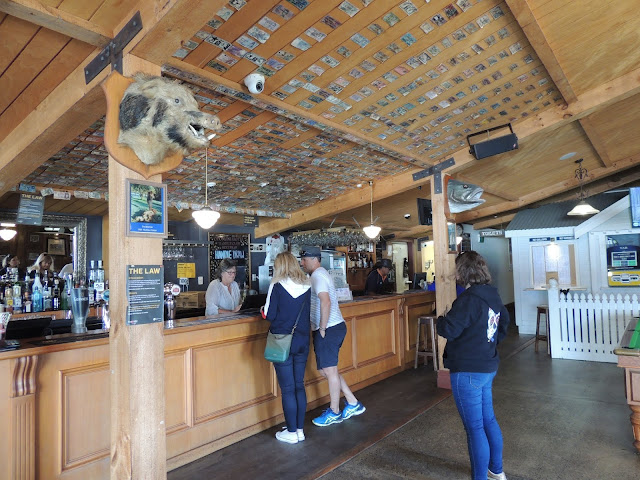 You can get a boat from the dock to take you across to the giant sand dunes. Some people boogie board down them. I was contemplating this, but think our timing's off, since today was blustery and tomorrow is a holiday. 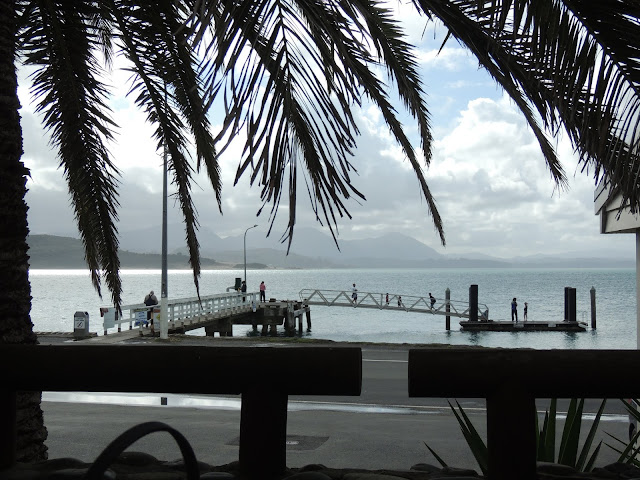 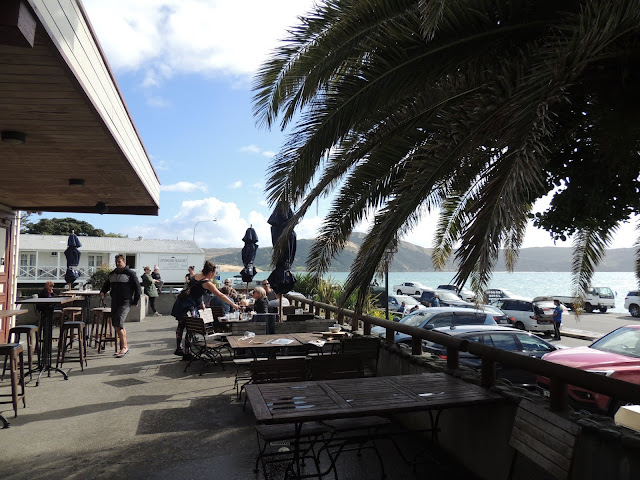 Look at the cars! We are definitely seeing the effects of the school holidays, which run through this weekend. Many people take off the post-Easter week because everyone gets Anzac Day off tomorrow.

Anzac Day is the solemn day of remembrance of those Australian and New Zealand Army Corps soldiers who have fought and died for their country. It is marked annually on 25 April, the anniversary of the Gallipoli campaign of the First World War 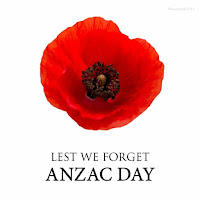 On a lighter note, Opononi became famous in the mid-1950s when it was visited by an extremely friendly dolphin called Opo, who let children ride on her back. There's a statue of Opo in town. 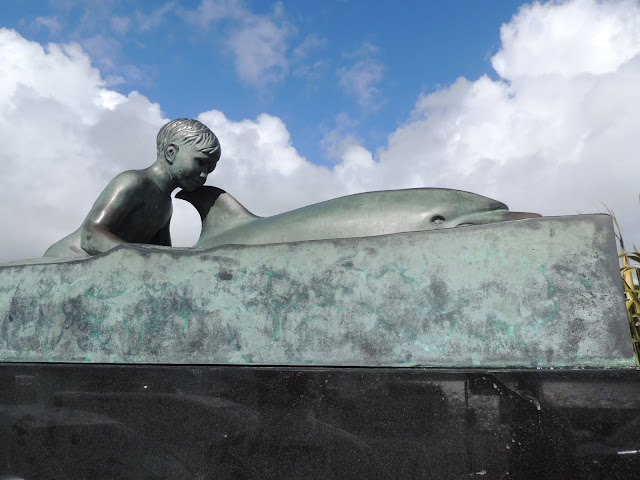 (These two images via Te Ara The Encyclopedia of NZ)
Opo’s short life is described in this illustrated children’s book, which tells the story of the playful dolphin and the people who loved her. (Ed note: and don't we love the malleability of language?) 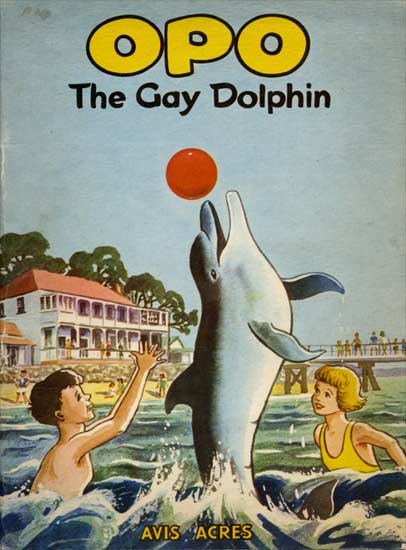 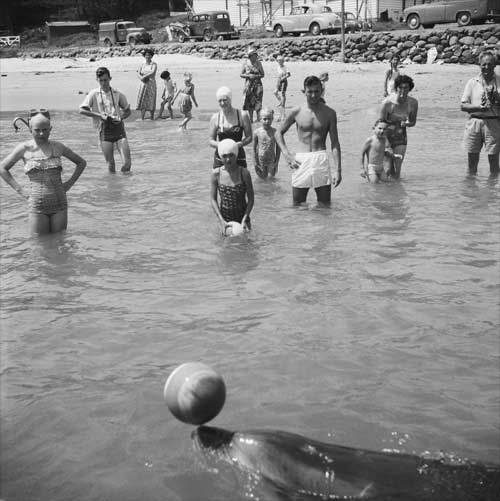 The story goes like this...
Opo, a young female bottlenose dolphin, enchanted the residents of the Northland seaside town of Opononi for 10 months, from June 1955 to March 1956. First noticed in Hokianga Harbour by farmer and boat owner Piwai Toi, Opo cautiously began to approach the beach near the Opononi wharf in spring and early summer to make contact with locals.

Once the first newspaper articles and photos appeared in December 1955, Opononi became a magnet for holidaymakers wanting to see her. Hordes travelled by car or bus along dusty, unsealed roads to stay in the camping ground or the hotel, both of which quickly became booked out.

Opo enjoyed being with children most, juggling beach balls or beer bottles on her snout, but she had her favourites among the adults as well (more here)... 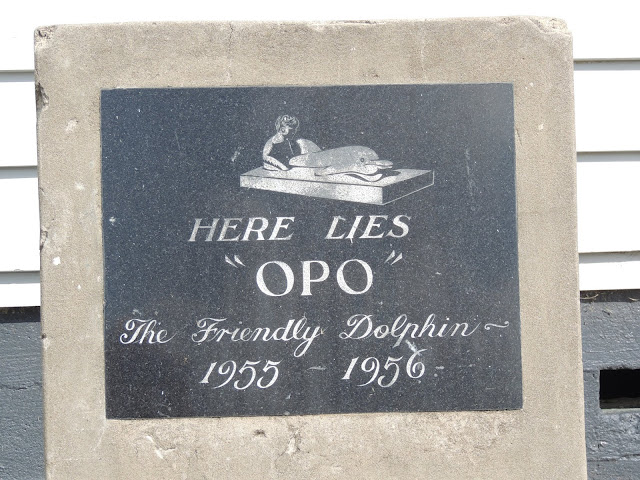 There's a beautifully rendered mural in town telling the history of this place. Note giant moa legs below. 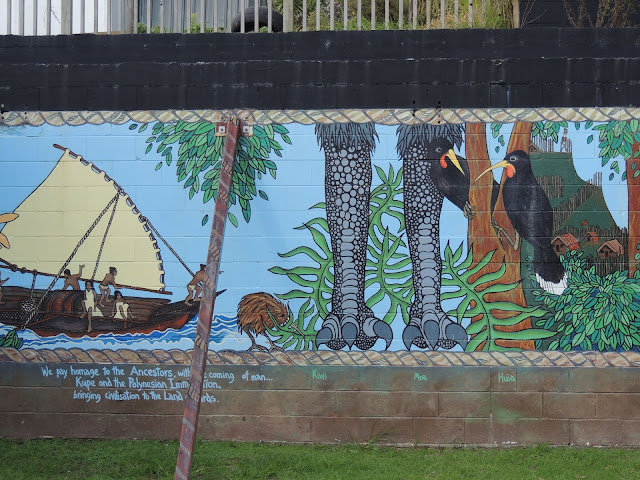 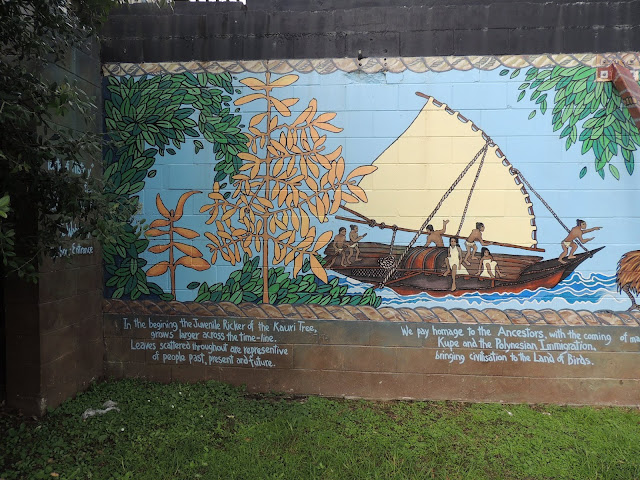 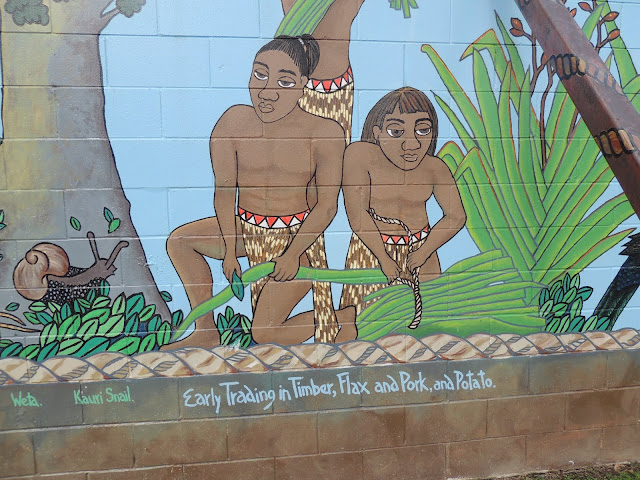 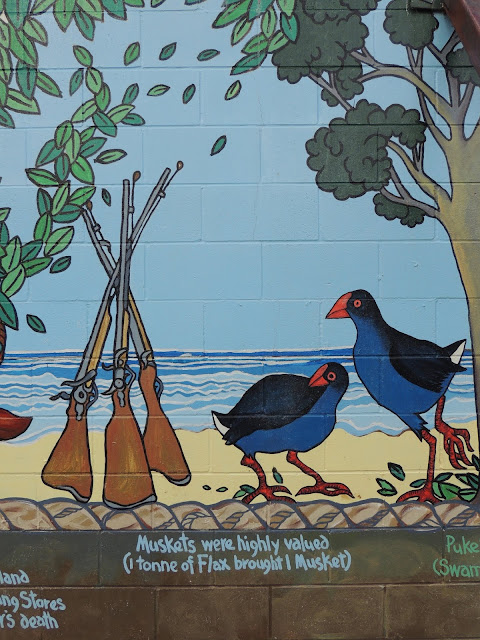 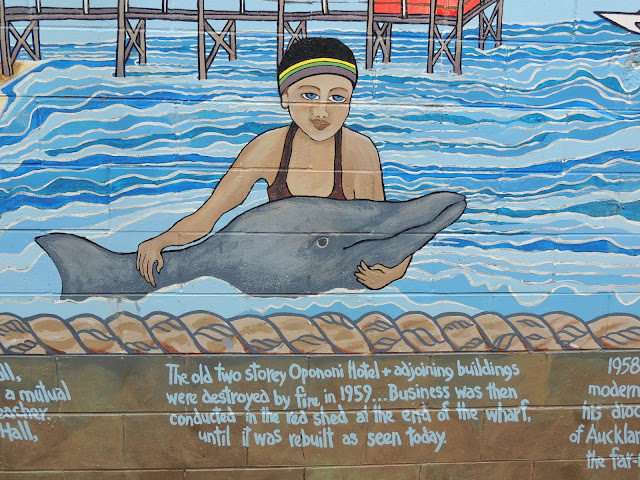 We had a nice walk along the harbor, clouds scudding, showering, rainbow-ing. 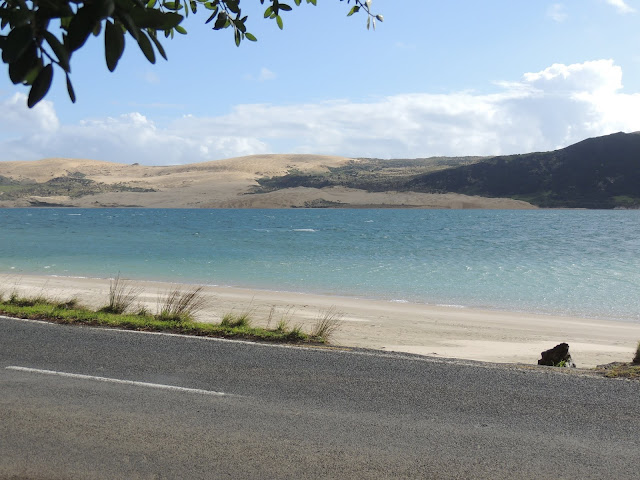 Here's a map (these maps never show up in e-mail, so if you can't see click here):