Faithful readers will understand my excitement at the news. This is such a good story, from the discovery to the recovery by the Otago Museum. You can bet we'll be checking these out in Dunedin when they go on display. 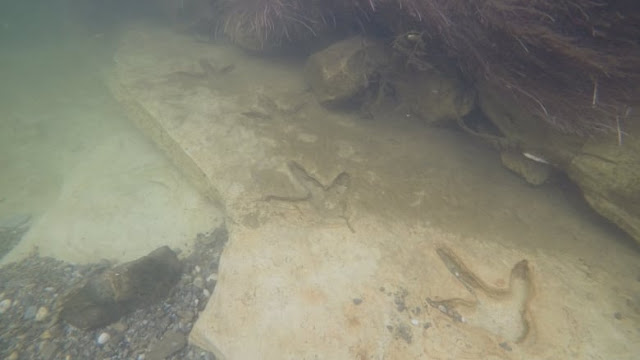 Via CBC Radio. Click here to read it all...
Michael Johnston was out taking his boss's dog for a dip in a nearby river in Ranfurly, New Zealand, when he stumbled across some unusual markings embedded in the waterbed.

He had a hunch that he had found something quite special, and contacted the Otago Museum in the nearby city of Dunedin. There, researchers confirmed that the fossilized prints belonged to ancient flightless birds called moa, and were likely millions of years old.

"I was absolutely blown away by them when I first saw them," Kane Fleury, a natural science assistant curator at the Otago Museum, told As It Happens host Carol Off.

"The prints were amazing. They had crisp, square edges on them, and they were just very, very well-preserved."