With DNA from a museum specimen, scientists reconstruct the genome of a bird extinct for 700 years

Via STAT...
Scientists at Harvard University have assembled the first nearly complete genome of the little bush moa, a flightless bird that went extinct soon after Polynesians settled New Zealand in the late 13th century. The achievement moves the field of extinct genomes closer to the goal of “de-extinction” — bringing vanished species back to life by slipping the genome into the egg of a living species, “Jurassic Park”-like. 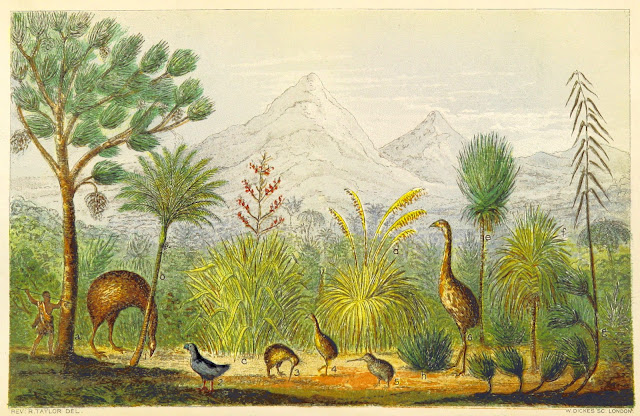 (An 1870 artist's conception of New Zealand fauna, living and extinct, including some of the nine moa species. British Library/Science Source)

“De-extinction probability increases with every improvement in ancient DNA analysis,” said Stewart Brand, co-founder of the nonprofit conservation group Revive and Restore, which aims to resurrect vanished species including the passenger pigeon and the woolly mammoth, whose genomes have already been mostly pieced together.

For the moa, whose DNA was reconstructed from the toe bone of a museum specimen, that might require a little more genetic tinkering and a lot of egg: The 6-inch long, 1-pounder that emus lay might be just the ticket. more here 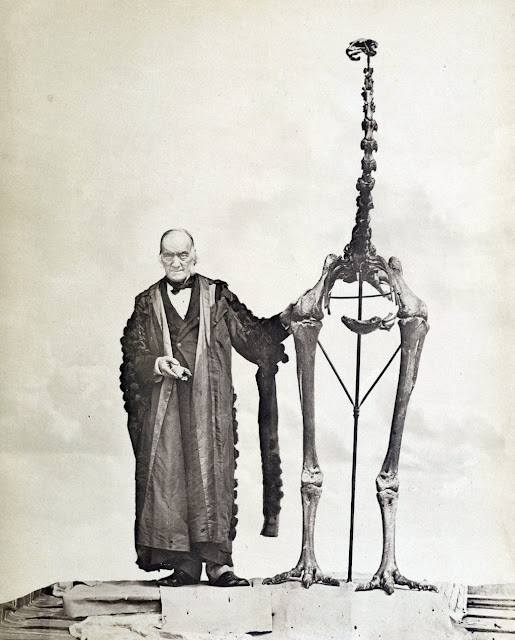 Paleontologist Richard Owen, in 1879, with a skeleton of the largest of nine extinct species of moa. Wikimedia commons