Kia ora, campers! Hamilton was damp and cool, a low fog hanging over the campground this morning. We were hopeful that today's drive to Kawhia might change our weather outlook. The west coast town is a place we've not visited, but it seemed like it might be our kind of spot: on the water, fairly isolated, low population. 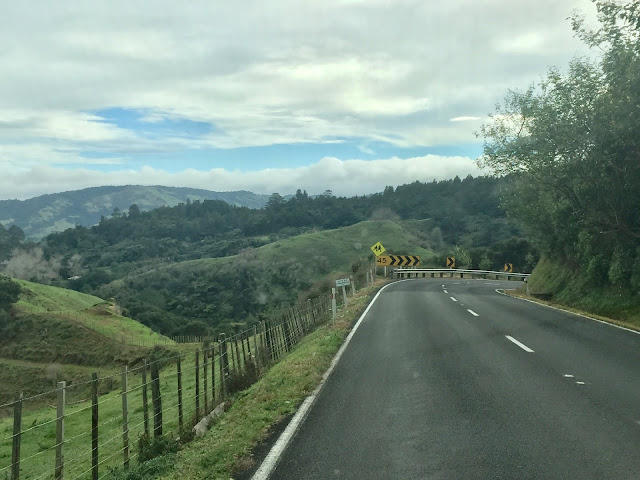 Also, the campground and town are very near several marae (Maori meeting places) which indicates Kawhia is a Maori-populated place. One of the grace notes of the North Island is being among people of color. The South Island, while extraordinarily beautiful, is as white as its snow-covered peaks.

Here's a route map (click here if you can't view). Note Kawhia is a scant 50 km south of Raglan but that you can't easily get here from there.

We're still driving through the extraordinarily beautiful Waikato region, rolling hills and farmland immensely pleasing to the eye (likely the reason director Peter Jackson set the Hobbit/Lord of the Rings films in this district). 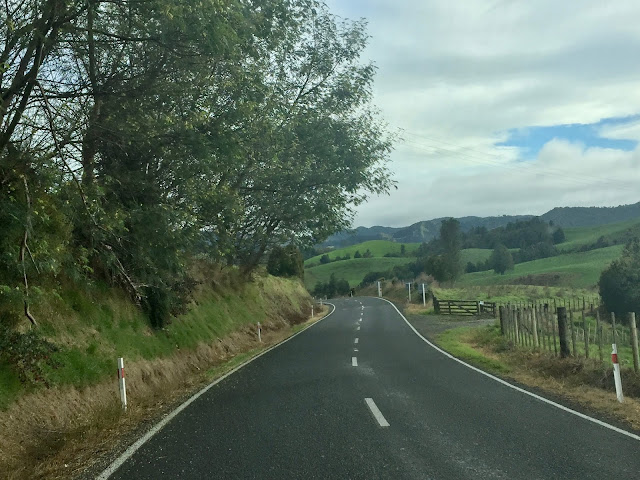 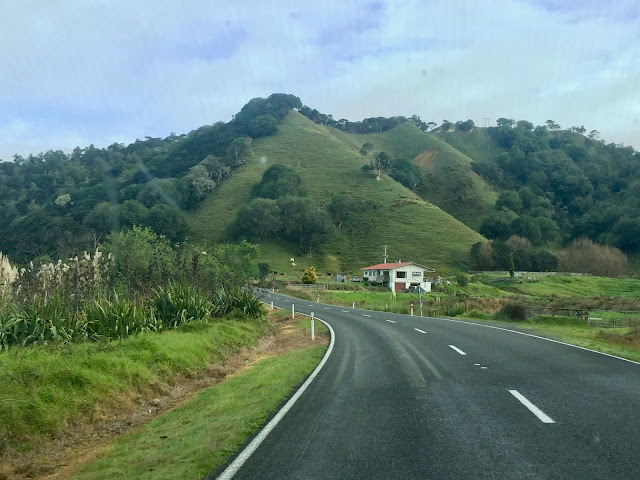 After an overcast and frankly dreary drive, we finally saw the potential for sun at our destination. 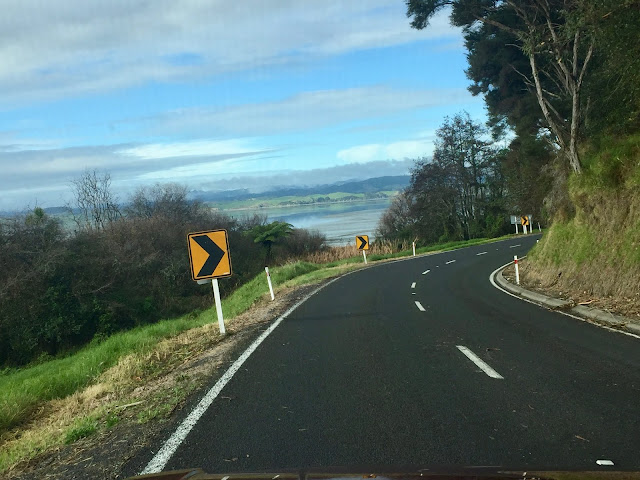 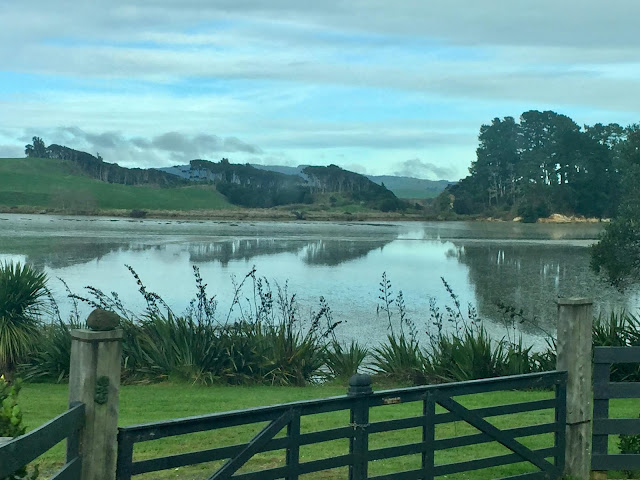 Arrived at the campground around noon, saw a sign saying check-in was at 2 pm, so we parked up and walked into town, a scant few blocks away. 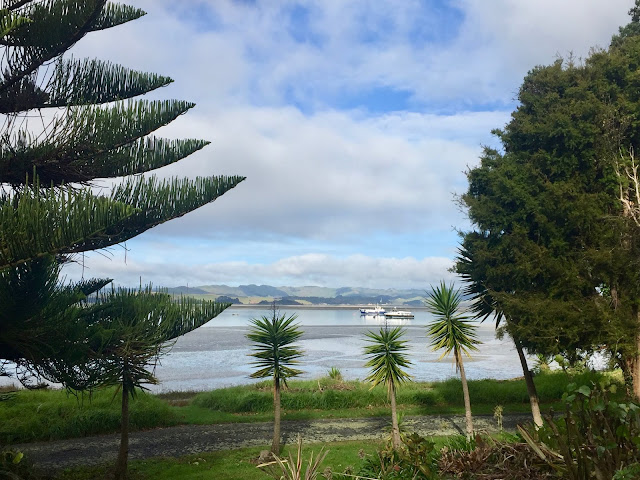 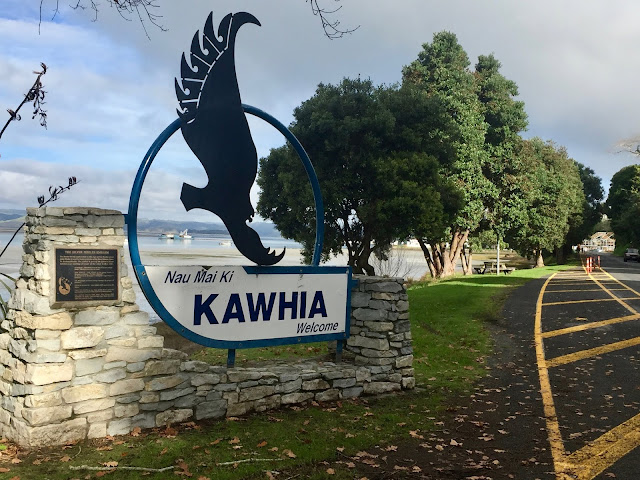 308 souls lived in Kawhia at the last census 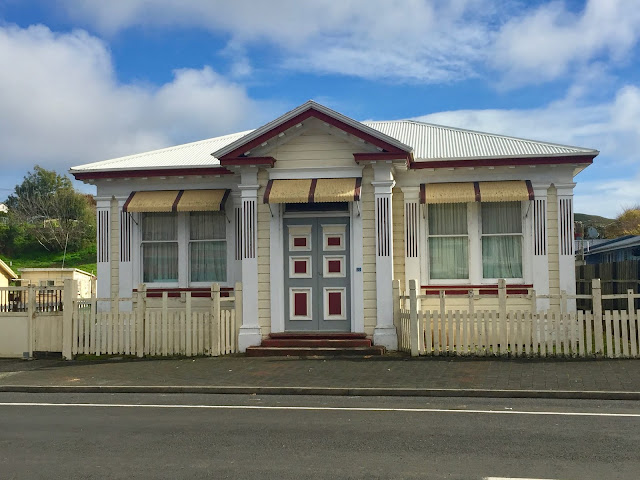 The Rusty Snapper Cafe looked like a general town meeting spot with a nice patch of sun, so we ordered and settled in outside to await our flat whites. 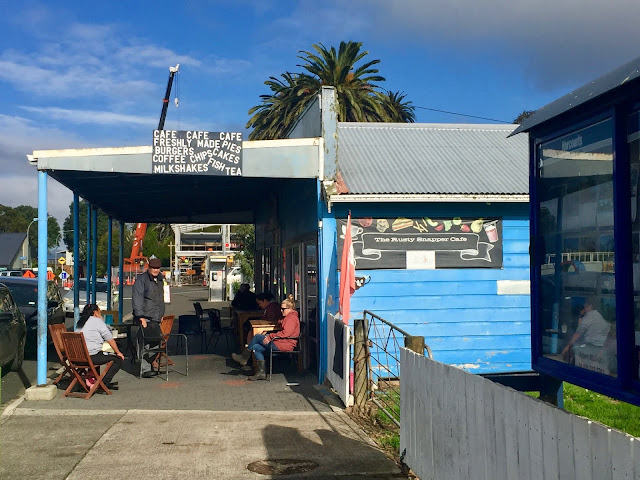 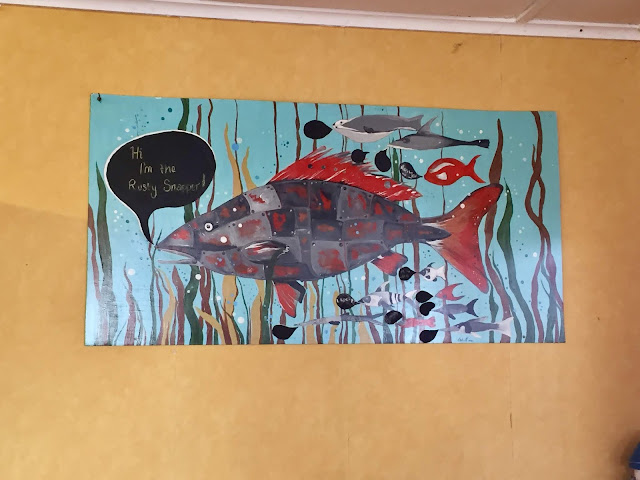 Next door: this bears further investigation. 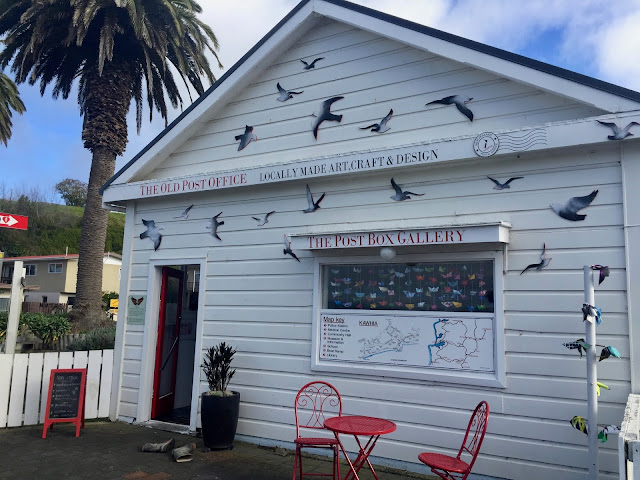 I had a fascinating conversation with a woman sitting outside who I think was a cop. She was about to start a new job, and when I asked what she'd be doing, she said it involved the buy-back scheme, whereby people turn in firearms in exchange for cash. People have widely divergent views of this concept, some seeing it as an overreaction to the Christchurch horrors earlier this year. 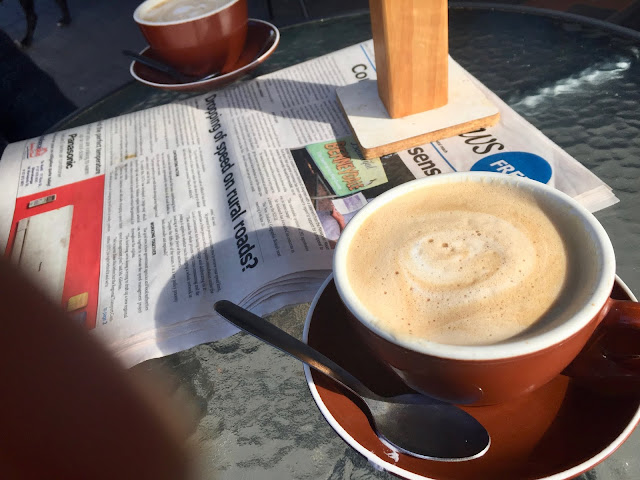 When we returned to the campground we were checked in by a friendly women who had been seated at an adjacent table outside the Rusty Snapper Cafe (remember, 308 people). She laughed when she saw us.

Here's the campground's communal kitchen, where Art does our dishes, and the lounge. It's an extremely tidy place. 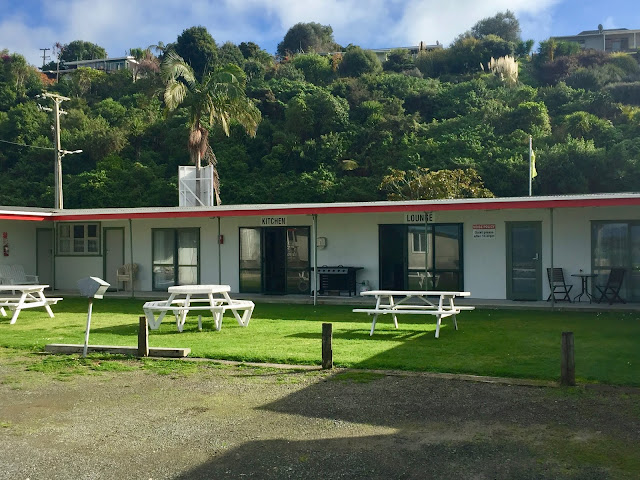 Every time we move we do a quick clean. With the sun out today, we look extra sparkly. 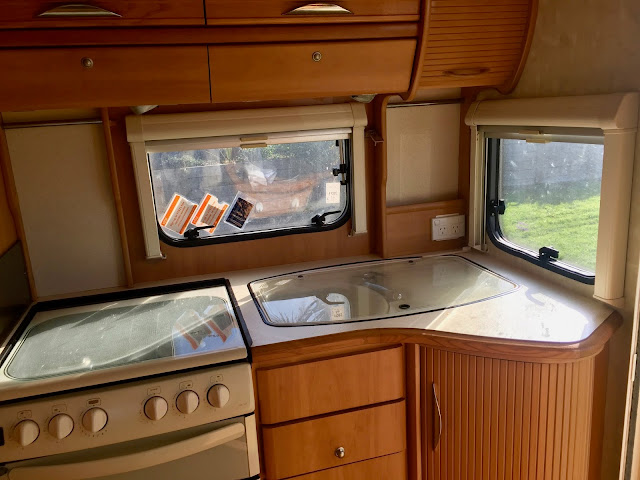 All the spots are open, so we chose. It's incredibly quiet here--so quiet it's almost loud.

You can see that the tide is out, but we'll awaken tomorrow on the water's edge. 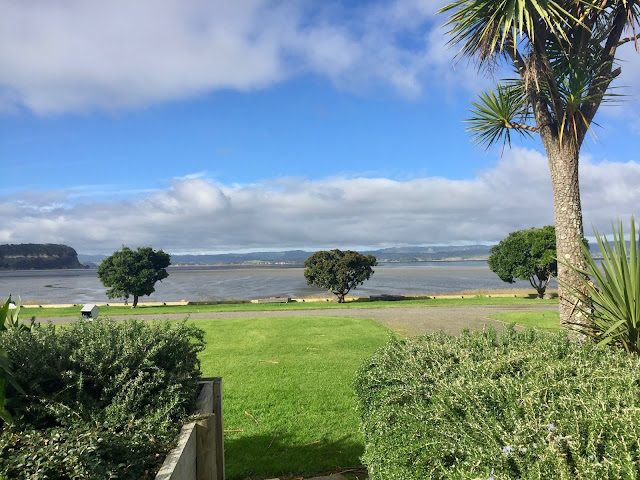