We welcomed a rainy day after our exertion-filled walk. In fact we did another shorter trek (the Ridge Walk) the day after and halfway up Art turned around and asked: why are we doing this? He does not look happy to be at the viewing point, does he. 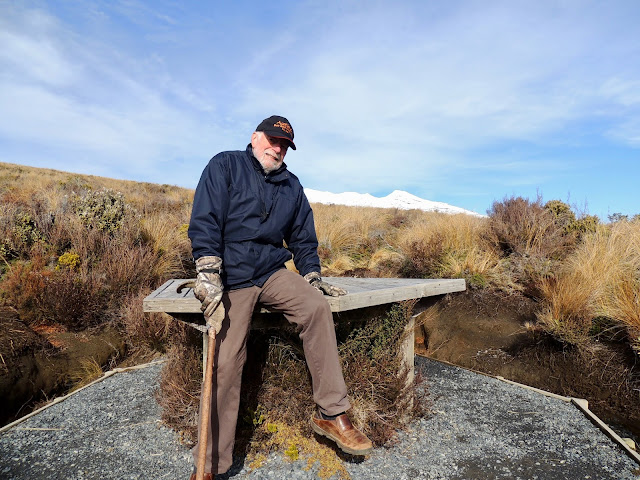 Bodies need to rest and recover and yesterday's rain day provided. We strolled over to the visitor center, where they had some cool dioramas that put these volcanoes in perspective. (Did I mention we also paid for a few more nights in this beautifully-located campground? We depart tomorrow after five days--still not enough to see the park.) 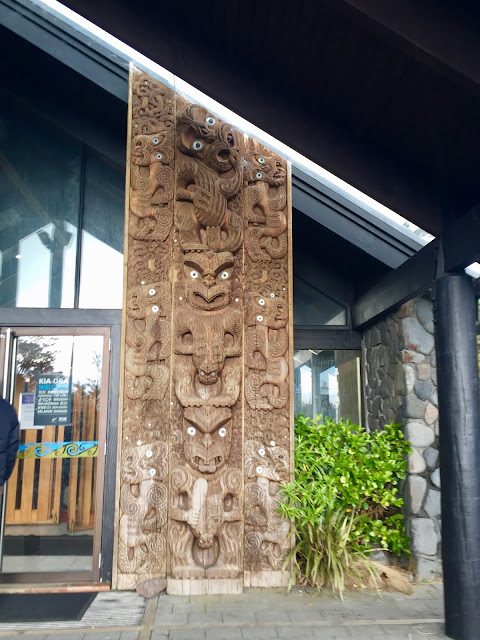 Cribbing from Lonely Planet...
Tongariro National Park's landmark features are its active volcanoes. Three of them--Mts Ruapehu, Ngauruhoe (with its symmetrical cone), and Tongagiro--lie at the southern end of a volcanic chain that extends northwest through the heart of the North Island, past Taupo and Rotorua and, finally, Whakaari (White) Island.


Mt Ngauruhoe
(or as I call it "Mt Unpronounceable," the symmetrical one you seen in all our pix) 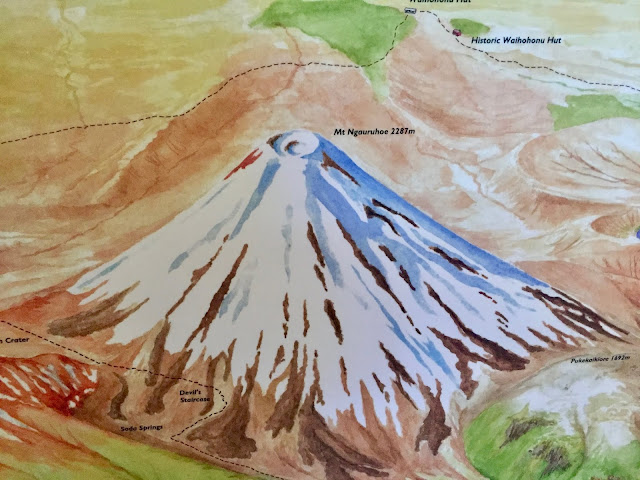 Via the Dept of Conservation website...
Tongariro was the first national park formed in New Zealand, and the fourth in the world. It was the first national park in the world to be gifted by a country's indigenous people, on 23 September 1887.
When established the original size of Tongariro National Park was 2,640 hectares. It has gradually increased to its present size of 79,596 hectares (ed note: nearly 200,000 acres).
Today, approximately one million people visit Tongariro National Park each year. Despite the popular ski fields on Mount Ruapehu (ed note: which are rockin' right now), there are more visitors in summer than winter due to the excellent hiking opportunities. 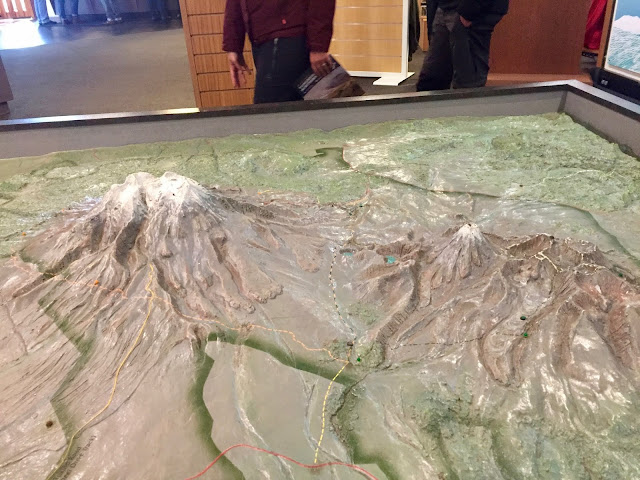 Time to seek out a flat white. We walked to the other hotel in tiny Whakapapa, called the Skotel, apparently a mash-up of Ski + Hotel (mildly annoying, that name, but cozy inside). The place was virtually empty but a friendly host said she could make us a coffee. Yes, please. We warmed our damp toes by the fire. 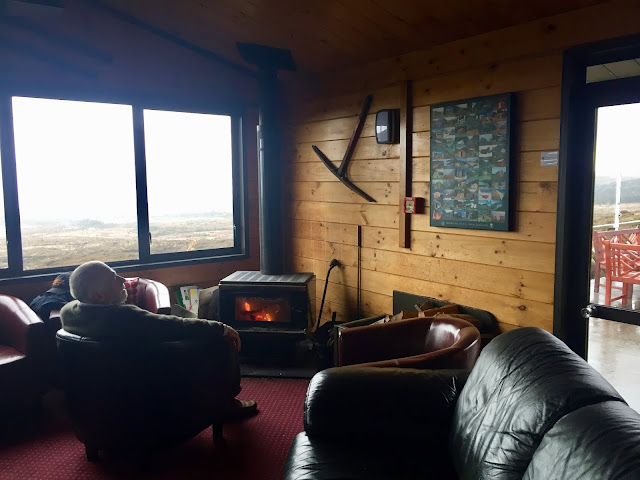 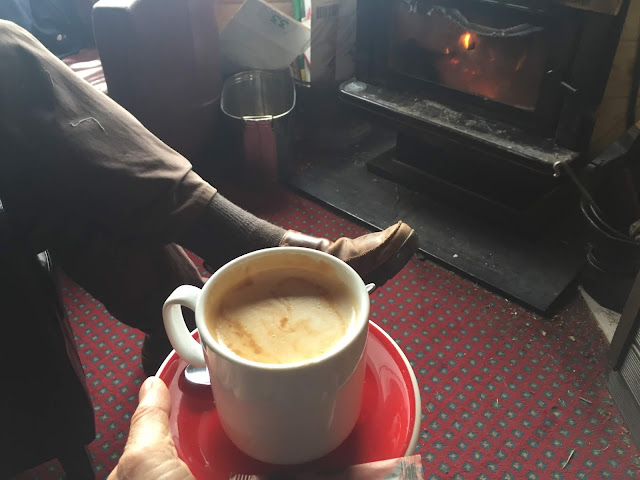 Tramping is walking multiple days and sleeping over in huts sprinkled across this grand landscape. 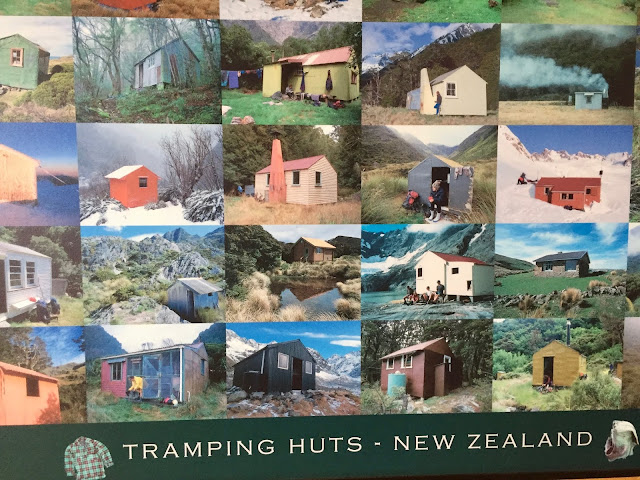 I almost forgot. At the visitor center they had an exhibit on goodnature stoat/rat/possum traps. Regular readers know that mammals of the order rodentia devastate bird populations in this country, resulting in traps, poison, and all manner of eradication efforts. 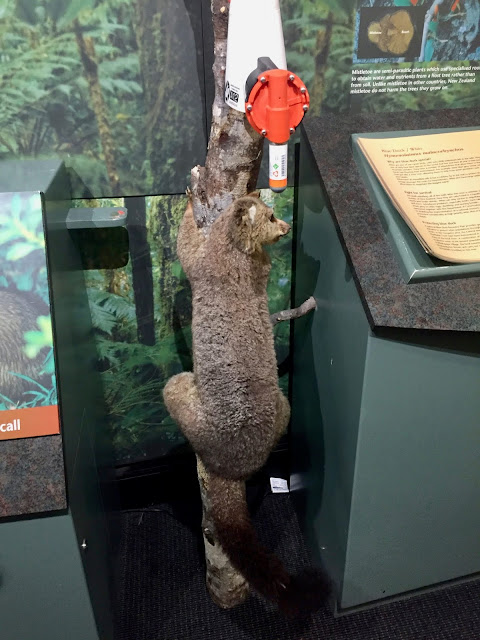 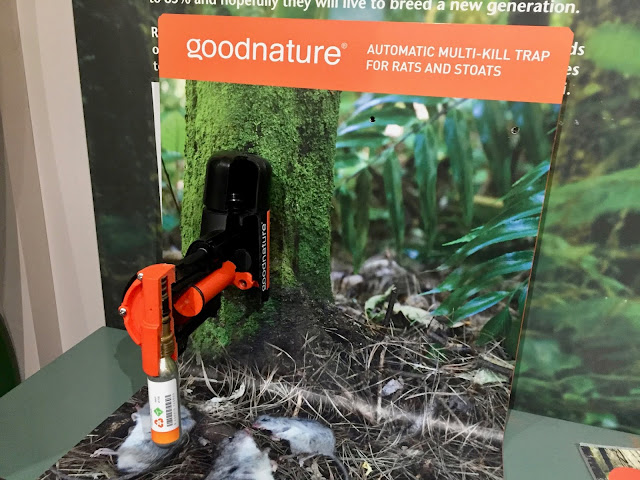 Here's a video of how it works (click here if you can't view vid). "Possums killed humanely and instantly when they bite and pull on the lure-filled bite block."