Art gave me an inflatable kayak for my birthday and we'd not had a chance to try it. Can you imagine a more perfect spot? But first, breakfast: fried onions and garlic with hash browns and a big old bowl of buttered beets. 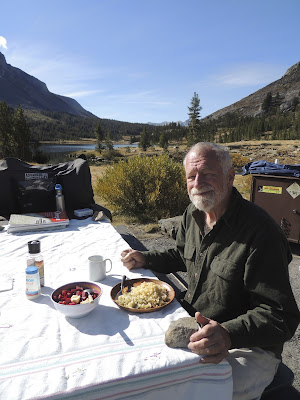 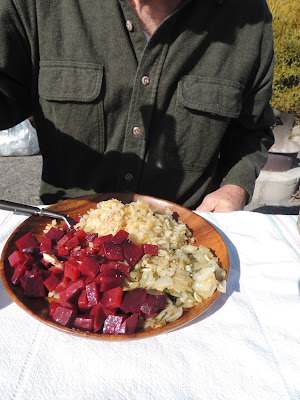 Alan from Santa Cruz walks past and I ask him if he wants to have some. Buttered beets for breakfast, he snarks? And off he goes to the little resort we visited yesterday to have his own version of breaking the fast.

The kayak, in its bag. 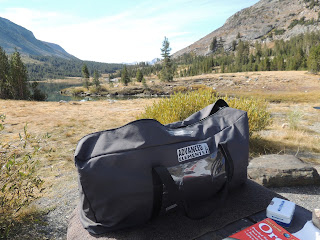 Art puts finger-gun to head when he discovers he's forgotten the directions, but we figure it out. 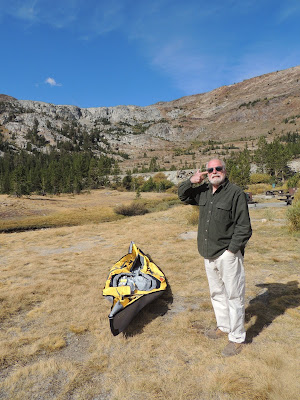 There's a nifty hand pump for inflating. It doesn't take much effort--we're aiming for 2 psi. 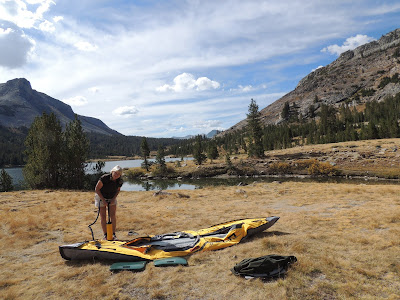 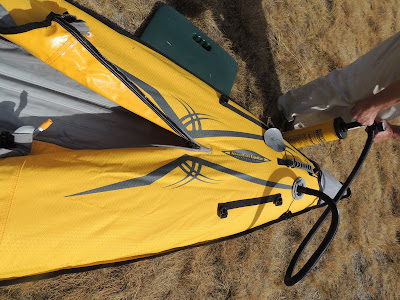 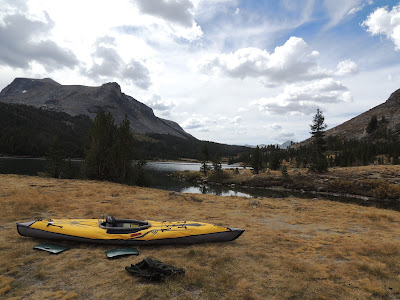 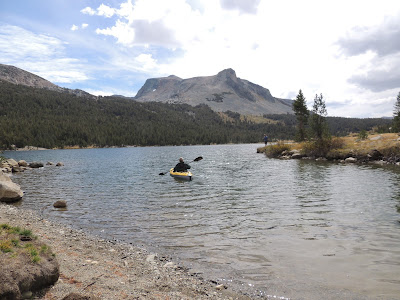 While I walk the shore pretending to make photos, but actually engaging the cute fisherman Stefan in conversation. Are there cougars in these hills? (Nah--he actually reminded me of my fish-crazy brother.) 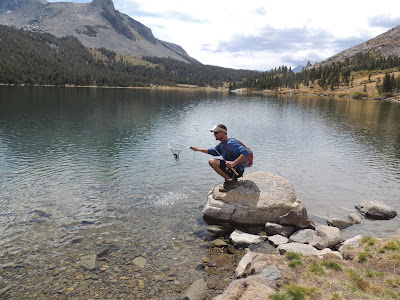 Fishermen tend to be good folk and Stefan was no exception. He'd barbed this rainbow good and was speaking soothingly to the fish as he tried to disengage it. Look at the clarity of that water. 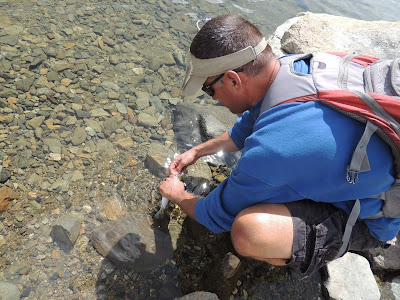 Like most fishermen, Stefan was eager to tell me about his special lure that reliably hooked rainbow and brook trout. A lifelong grocery store worker from San Diego, he was counting the years until retirement, when he could do this full-time. 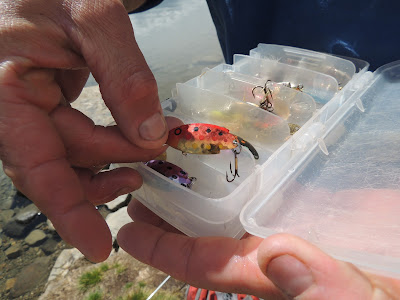 Oh, yeah--back to Art. See the tiny dot of him out there? 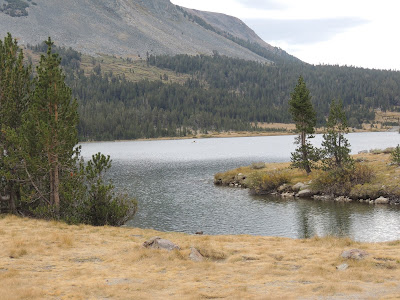 He landed infused with the beauty of the shoreline and the comfort of the kayak. But wait. That's me after my tour of the lake. Just as he said: eye-opening and like sitting in a Barcalounger. 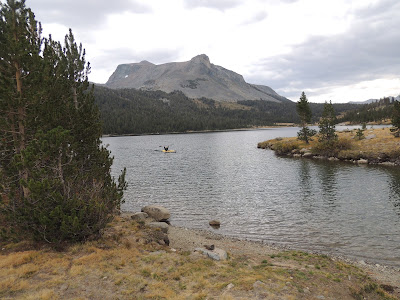 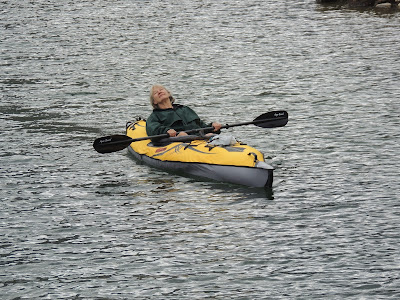 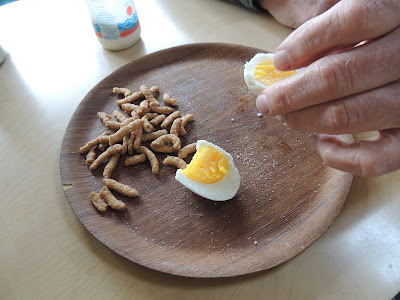 True to form, the smoke drifted in late afternoon. Is that Yosemite fire still burning? A chill came over me so I wrapped up in a wool blanket before the fire. 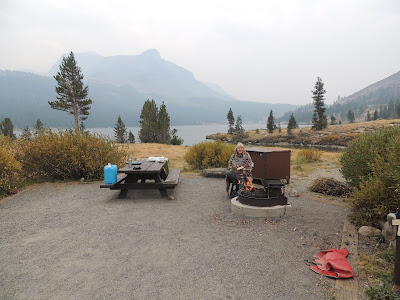 A bit later, Alan joined us and we talked into the night over bourbon hot teas. He's been coming to this spot his entire life. His grandparents even spent time here. He hikes every day and wets a line too, and he will for his week's holiday. His PhD endocrinologist wife was back in Santa Cruz teaching. Thanks, Alan, for the good stories and good times! 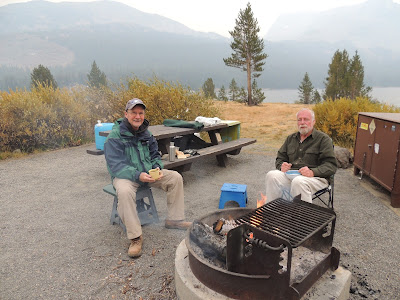