Last Wednesday we were ready for a couple days in place and out of the rain. Lewis and Clark Caverns State Park was just the thing. One of just a few state parks near Bozeman (just an hour west) that also has camping. Plus, caverns! 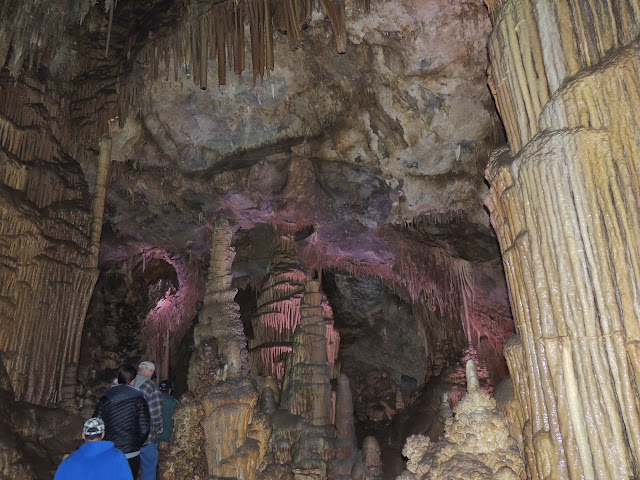 We took 41 out of Dillon toward Twin Bridges, home to 400 souls. At the town's little park along the river, I met the friendly mayor. Hi Tom! 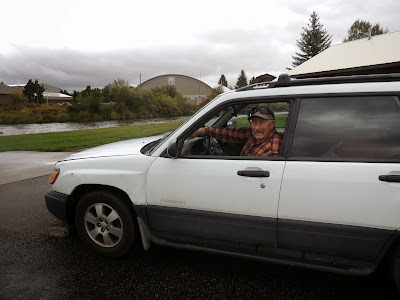 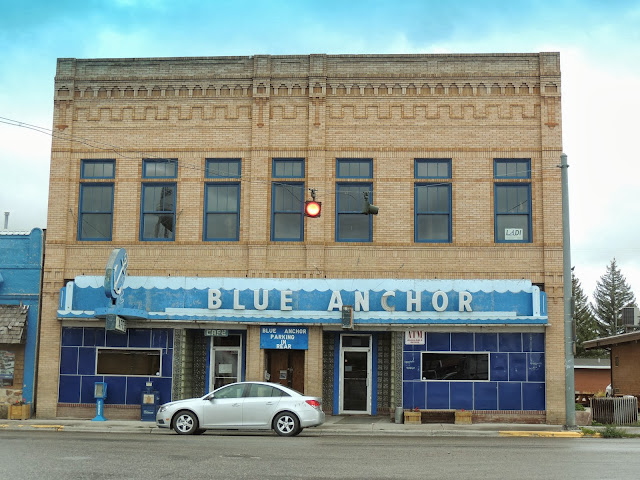 The road today takes us alongside the Jefferson River and more glorious views. 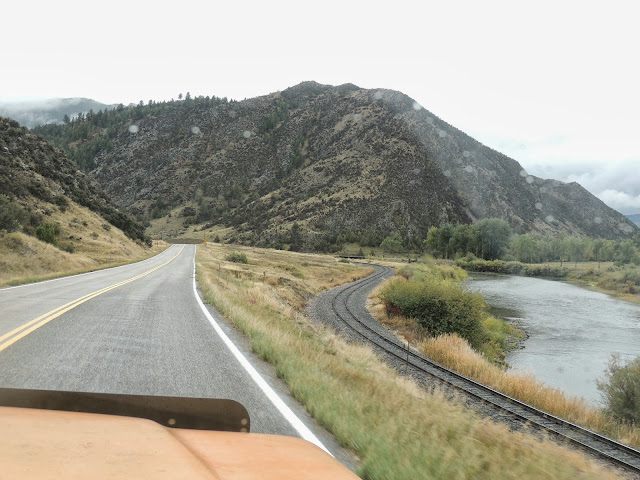 Soon the landscape shifts into something altogether different. Later, the visitor center at the park will help us understand. 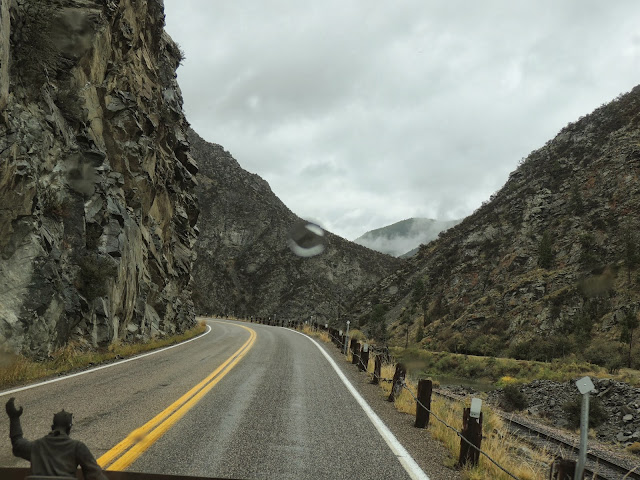 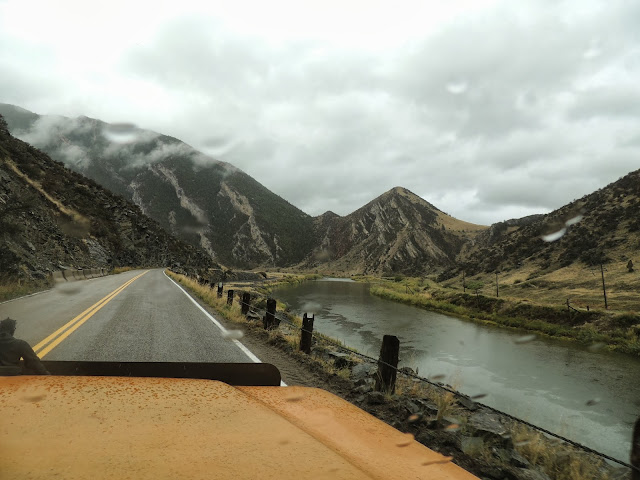 We check in in the pouring rain and ask about the cavern tour schedule, quickly deciding that being in a cave might be the ideal prospect on a day like today. Lunch is spinach and turkey breast sammos with veggies and clam chowder. 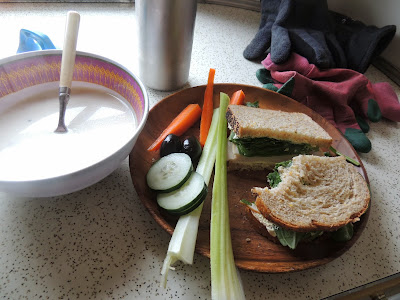 The 3-mile drive to the caverns felt mostly vertical. 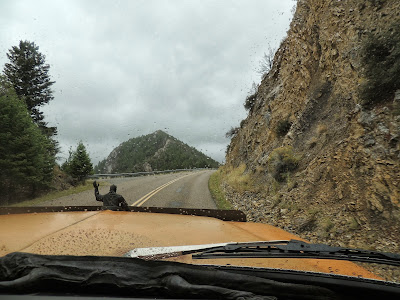 A fire-warmed ticket and info center awaited us. 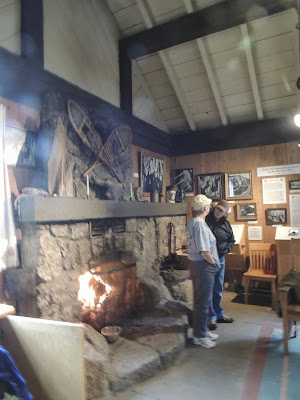 .
Along with much info on the caverns themselves. Clearly, other visitors had preceded us...and we'd discover on our own tour that they carried candles for illumination and moved about via ropes and ladders. Intrepid! 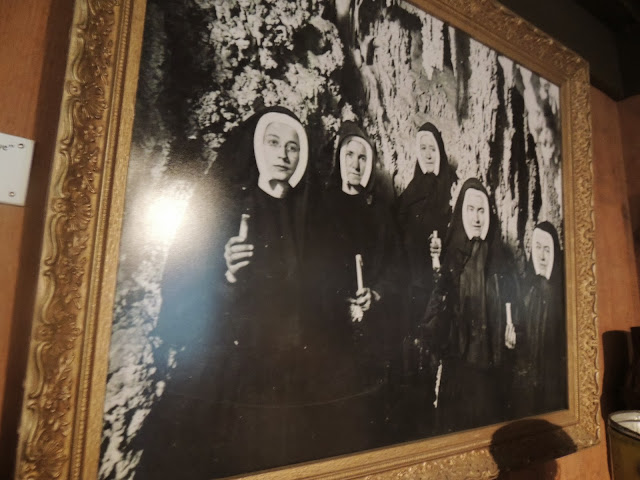 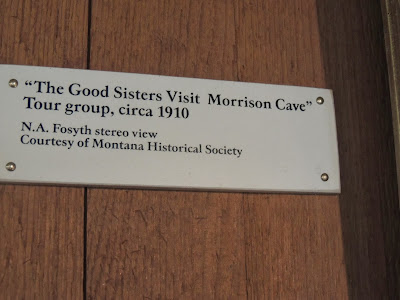 History of the caverns is rife with lawsuits and the tenacious DA Morrison and his lock cutter who continued to give tours even though the courts had decided against him. Our guide said he was able to do this because the rangers came up from Yellowstone just once a year (on horseback, remember) to secure the cavern entrance, only to find Morrison had cut off the lock they'd installed a year earlier and continued to give tours. A broader history of the caves here, at wiki. 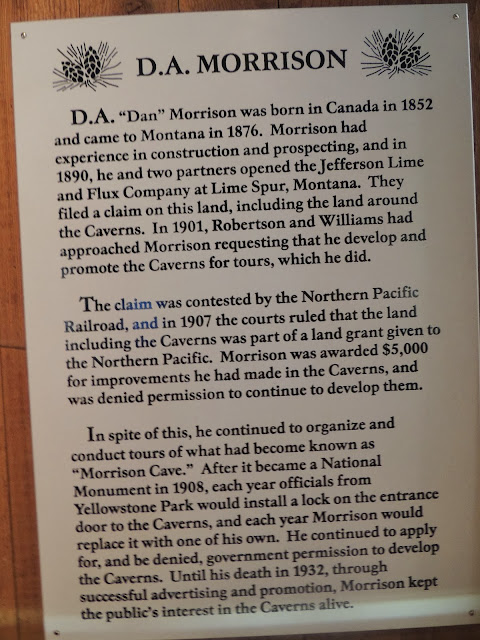 As vigorous as our own tour was, it's astonishing to consider the early approach. 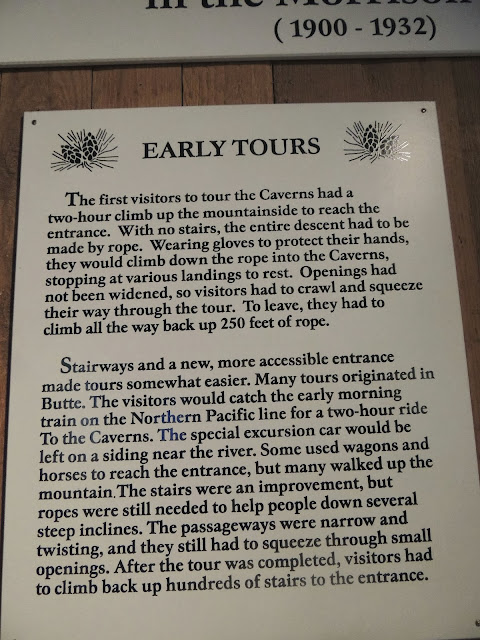 A 3/4 mile upward hike got us breathing well. 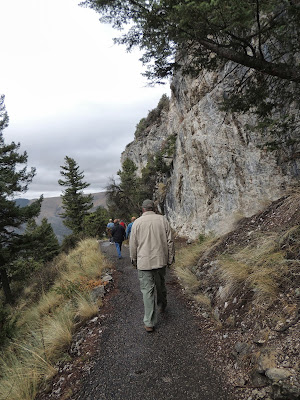 More history looking down from the cavern entrance... The limestone caverns were utterly captivating, our guide Derrick smart and funny. It's difficult to get a sense of the scale of this place without people in the frame. I started shooting with available light and ended with a flash. They light the last rooms to reveal the naturally occurring colors in the rock (colored by iron, etc). A smattering of pix: 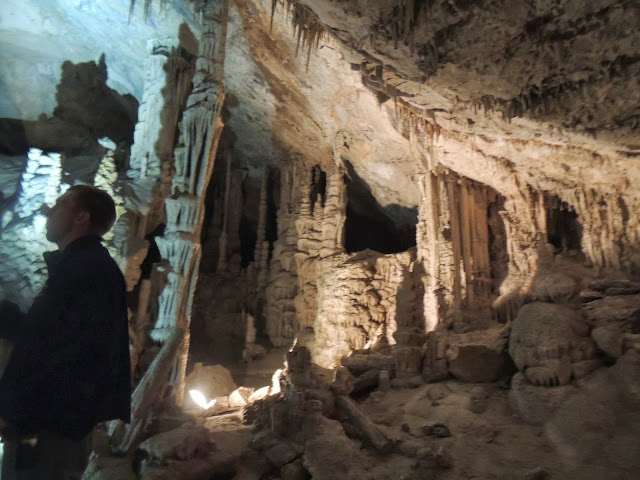 Hand imprint of a CCC worker who worked on the caverns 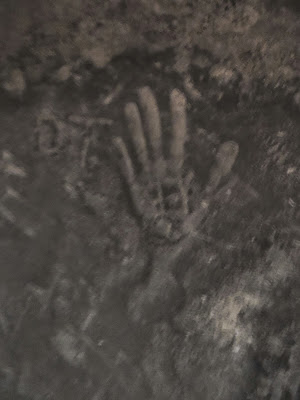 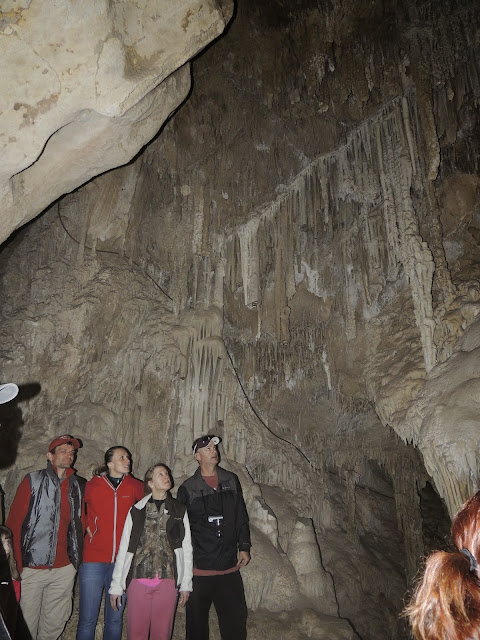 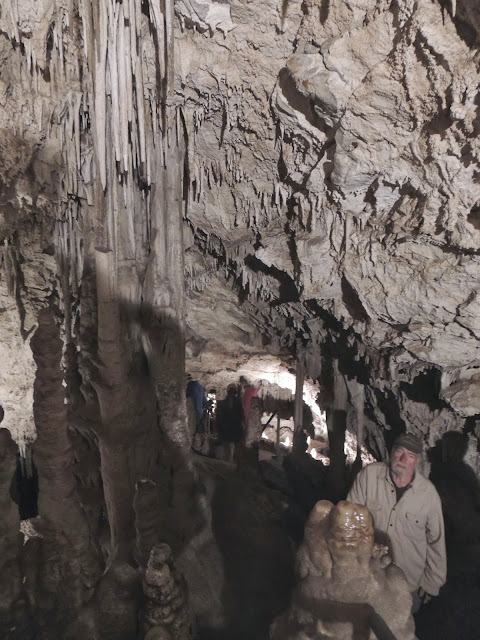 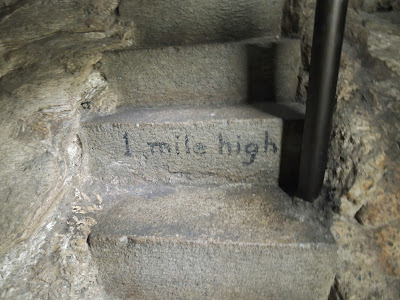 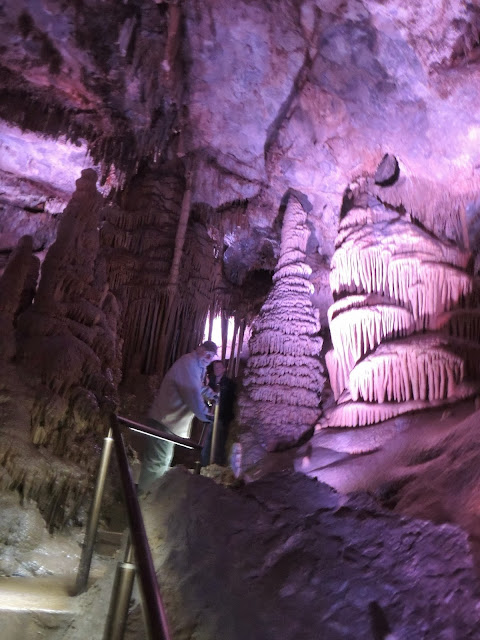 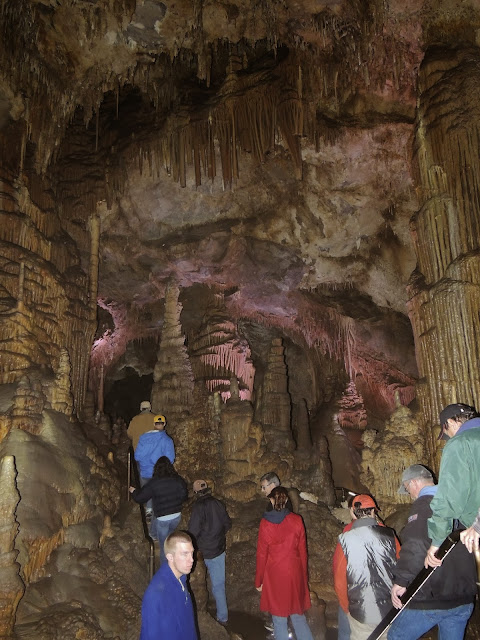 Derrick and the massive 1940s-era door that guards the exit of the caverns.What an experience, tromping through just a small portion of the caverns for 2.5 hours. A most excellent tour. 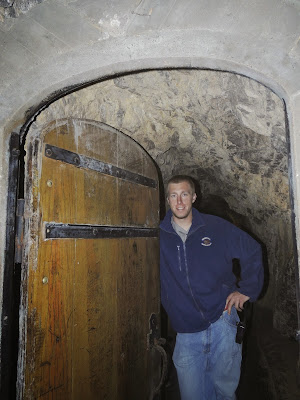 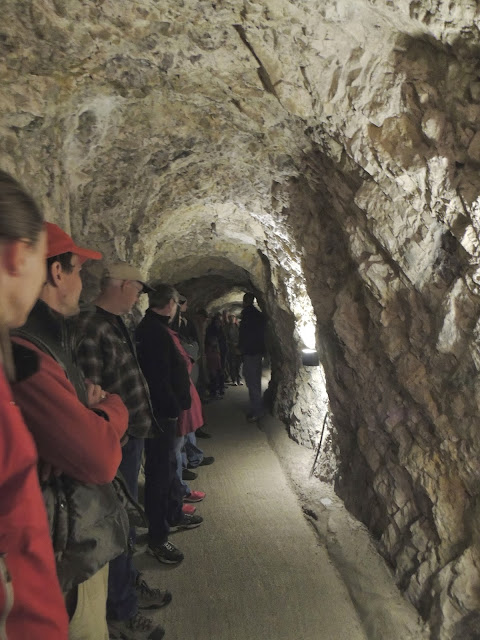 By the time we returned to camp, toddies were definitely called for. We got this honey when we visited friends in the Fingerlakes region of NY this summer--what a beautiful place. 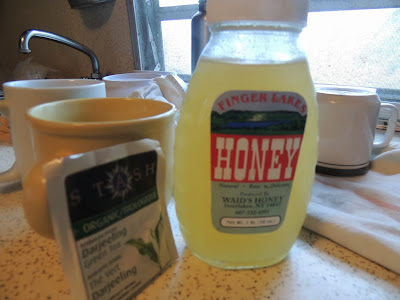