A gentle pit-pit-pit hits the roof around 6 this morning, rousing slumbering campers to a moist day. What's this in the cooler? Grassfed beef...bacon? Hmmm. Art is suspicious of any cow pretending to be a pig. What would the bacon police say (Rob)? 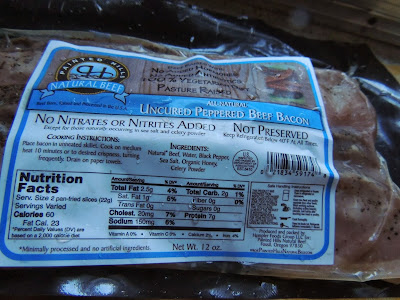 Nicely spiced but not as crisp as it should be, once you get past the fact that it's not actually bacon, it's 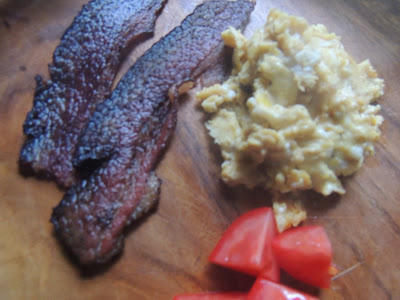 We're saying goodbye to the rushing river behind the camper this morning. 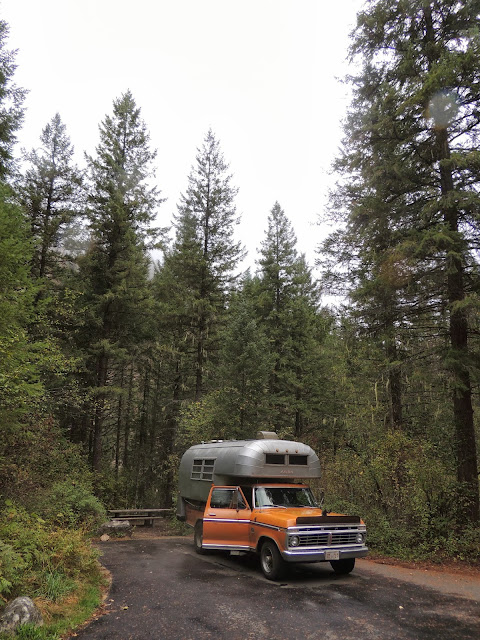 As the clouds settle below the peaks, we set out to drive the twisty road 100 miles from our campsite on US 12 to Missoula, Montana. 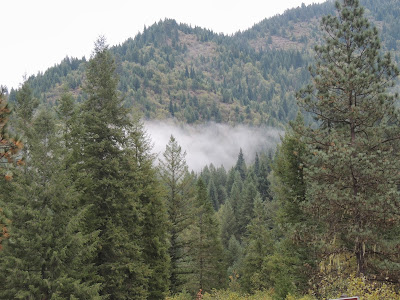 Possibly a more stunning ride than US 1 down the California coast. There. I said it. Now I just need to learn how to fly fish. Miles and miles of this Lochsa River unspool adjacent to the road on our way east. I'll miss it. 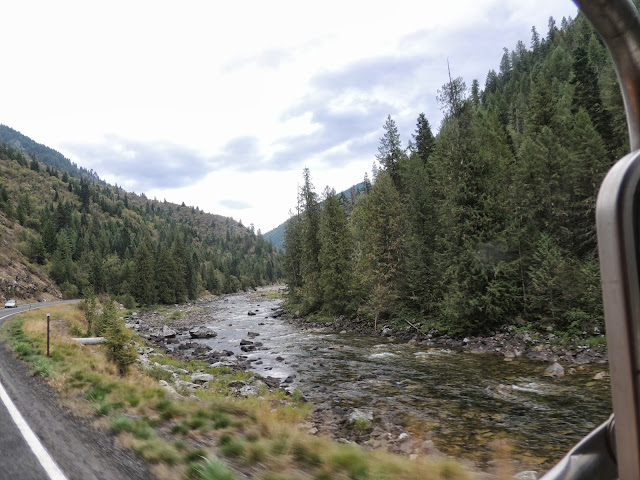 About halfway there we breach the summit of Lolo Pass (elevation 5, 233 feet) and find a most welcoming visitor's center. 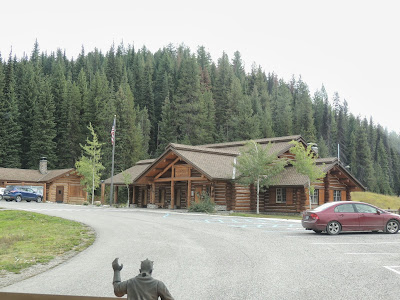 History abounds here.
The route over the Bitterroot Mountains known today as the Lolo Trail was used by the Nez Perce long before Lewis and Clark came on the scene. Extending from Weippe Prairie to Lolo Pass along the Idaho-Montana border, it was the primary route over the Bitterroot Mountains into western Montana and the northern Great Plains. During the events of 1877, the Nez Perce followed the trail to Lolo Pass and on into Montana.

Lewis and Clark struggled over the Lolo Trail in September, 1805. What was thought to be a five day journey turned into an arduous journey of eleven days over snow covered hill tops and ridges. Led by a Lemhi Shoshone guide known to the expedition as "Old Toby", they began their journey on September 12. By the 16 and 17, they were hit by severe snow storms that slowed progress significantly. There was also a scarcity of game on the ridge tops, forcing the expedition to eat some of its ponies and emergency rations. As they reached the southern end of the trail, Clark took a small party of hunters ahead of the main party to search for game and make contact with the Nez Perce, which they did on September 20.


The Lewis and Clark expedition traveled high on a ridge
overlooking today's US 12 and the river below, which they considered unnavigable 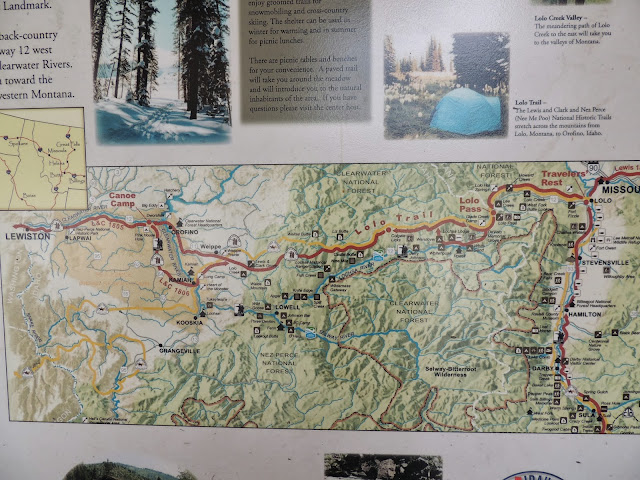 I'd like to move into the visitor's center and read everything on their bookshelf (and re-read Undaunted Courage). 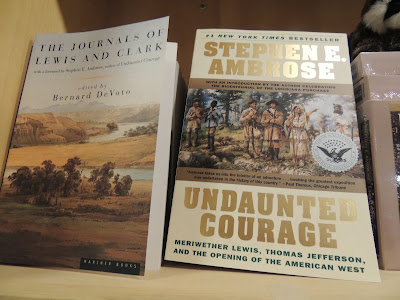 You gotta love The Beside Book of bad Girls: Outlaw Women of the American West. 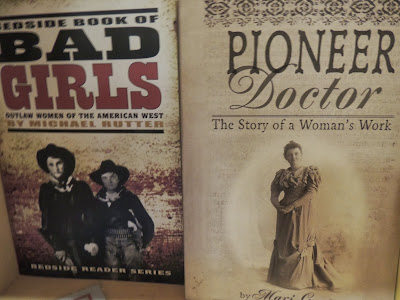 Tuck in here with a free cup of tea to view Undaunted Courage on an endless DV loop. 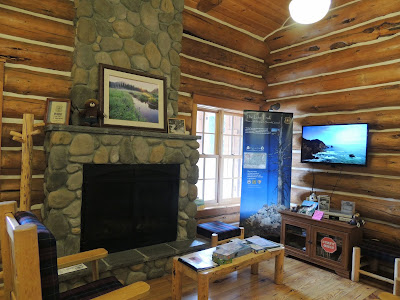 All kinds of details beautifully displayed and explored. 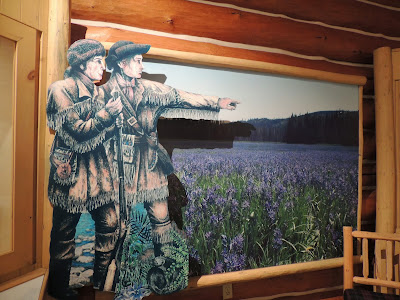 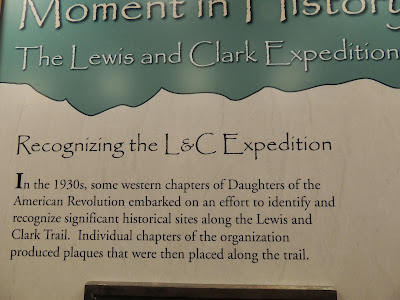 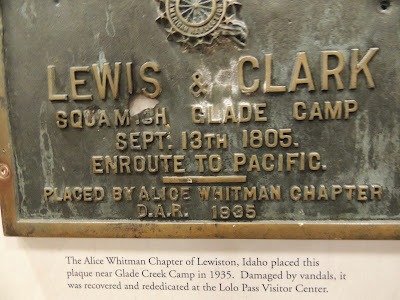 A most personable ranger guy was filled with facts about the L&C expedition, some laid out on a tabletop diorama. I made a ham-handed little vid you can watch whose highlight has to do with the Lewis and Clark expedition footwear (hey, they may have had to eat some of their ponies--all pack animals--to survive, but I wanted to know how they walked so far):