To The High Sierras

We break camp Sunday and hit the road, descending from our 7000-foot aerie where it was 52 degrees F this morning into the desert, where it's in the mid-90s. The landscape here rolls past in harsh relief. 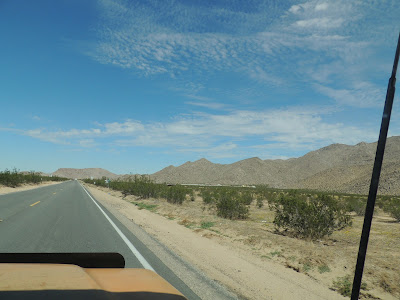 Happy Trails Highway intersects with Dale Evans Parkway at the giant Starbucks in a giant mall. Up there, air was pure and sweet. Down here, it's dry and stuffy and hot. Vast stretches of desert are broken up by miles-long shopping malls. 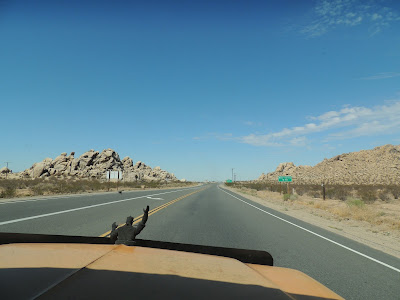 Art and I spent several days making the decision not to go east, toward Flagstaff, given the 100+ degree temps along the way. Neither of us is interested in hot camping and t'would be a brutal drive in the un-air conditioned Ford. We both long for trees, so we decide to head north in eastern California. A stop at Atsro Burger is looking pretty good right about now. 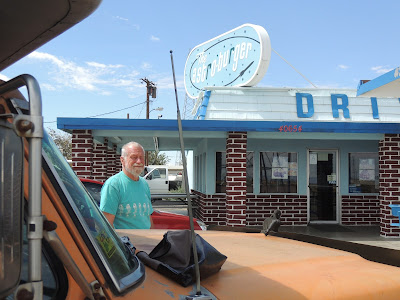 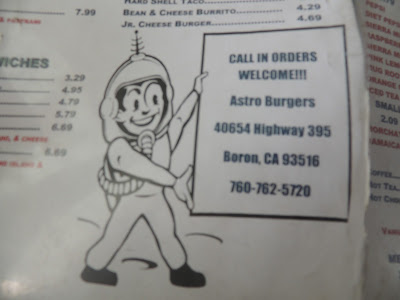 What could be better than photographed onion rings?

We order large waters, large iced teas, shakes, and a pork taco each. Mmm, with cilantro and lime, just like in Mexico. 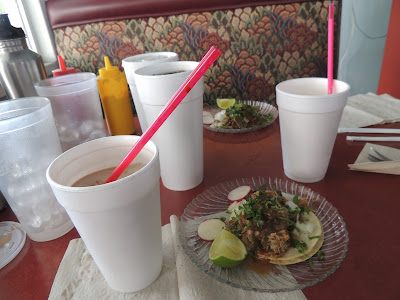 Back in the hot Ford, it occurs to me that most everyone else driving this highway is sealed into an air-conditioned capsule. Also, what is this weird desert structure? Radar? NSA spying device? 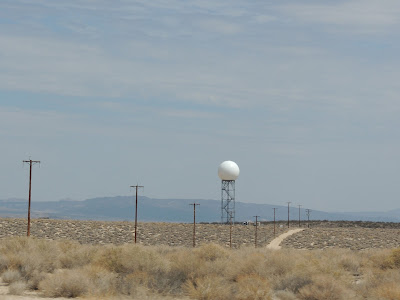 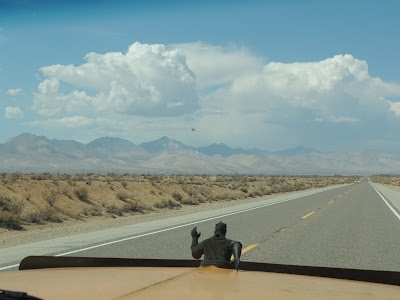 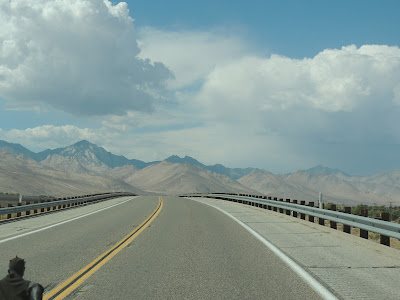 Mount Whitney, the highest point in California, is coming up, its peak at 14,494 feet. 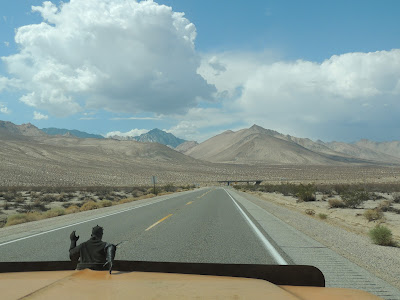 We stop at a highway rest stop and I glimpse this faded poster.  Why do I think I want a wild burro? I could be heat stroke. 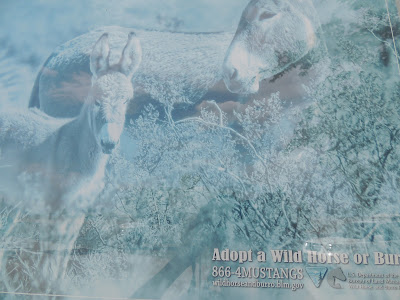 Finally we arrive in Lone Pine, home of the Dow Villa Motel/Hotel, which looks good to us, mainly because of the strange message on its sign. Turns out the rooms are impeccable, and there's a laundromat and moccasin shop across the street. 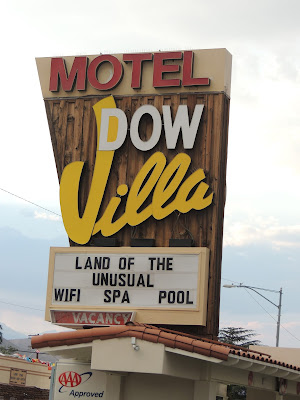 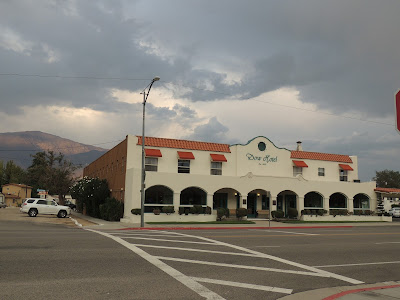 The hotel has a curious film history:

The Dow Hotel was built in the early 1920s. Even then Hollywood was looking for movie locations where there was a variety of scenery. Where better than the Owens Valley, with its snow-capped Sierra, its ancient Alabama Hills, its deserts and mountain lakes and streams. And when they came on location, they needed lodging. Mr. Walter Dow, a Lone Pine resident, could see ahead and knew what it could mean to the valley to have the big movie business, so he built the Dow Hotel.

Originally the Hotel had 55 rooms and one apartment for the manager. The front porch gave a magnificent view of the Sierra with Mt. Whitney the central attraction. The Dow Hotel hosted countless producers, directors and stars. To name a few of the stars, John Wayne, William Boyd, Roy Rogers, Gene Autry, Pat Buttrum, Stewart Granger, Errol Flynn, Robert Mitchum and Clayton Moore.

A rainbow emerges behind our leg of the hotel, as rain threatens (it never appeared). 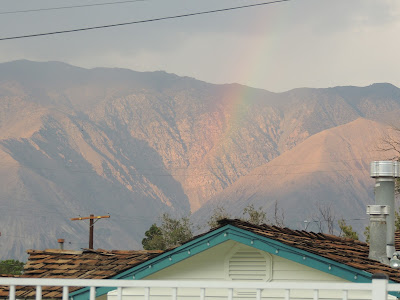 We watch the ever-changing beauty of the mountains on trips to and from the laundromat. All cleaned up and ready to head north 120 miles, to Yosemite, Monday morning. We long for trees and the cool that comes with higher elevations. It's clear that certain portions of the park remain closed because of the fire, but the eastern side is open for entry.

On every trip there are people who appear seemingly out of nowhere to bring us messages, which, if we choose to listen, always pan out in good ways. Heading for Yosemite is the result of one of those messages. More about that down the road... 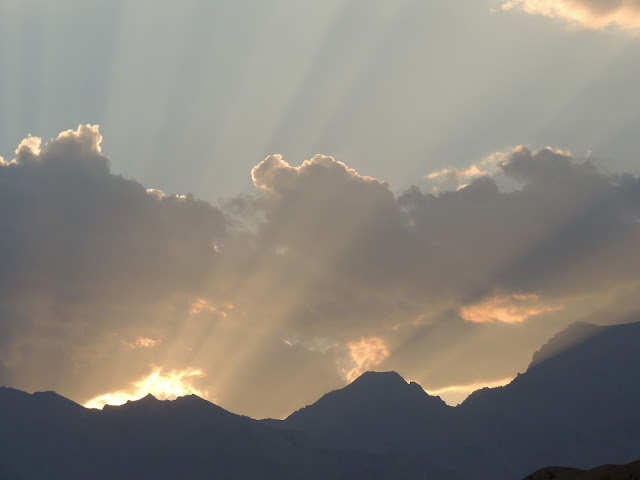