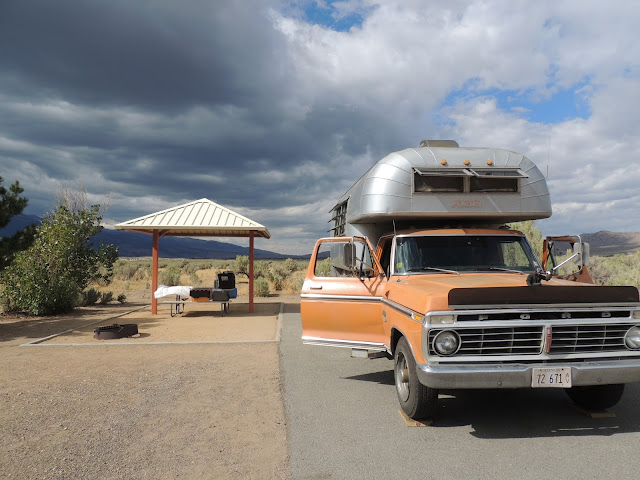 Kids, I am about blogged out, sitting here Thursday eve in Washoe Lake State Park, just north of Carson City, NV, with a strong storm-loaded wind streaming over me, big bars on the ATT ipad connection letting us tell you stories we couldn't relay from no-connection Yosemite.


The name Washoe comes from the original inhabitants, the Washoe Indians. The tribe spent the winters as family groups in the lowlands of what is now Washoe Valley and summers at Lake Tahoe. They used the willows and cattails from the wetlands of Washoe Lake to make their elaborate baskets.

We had a rough start this morning at Tioga outside Yosemite. The choke stuck on the Ford due to high altitude and we were a bit stranded on a hill out of the campground for a spell. But Art's a genius and figured it out even as the small group of nice campers stood around watching and commenting encouragingly: have you tried removing the air filter? (no photo--we were all packed up).

After a breakfast of ham-mustard logs and fruit (some of you readers are weirdly obsessed with food, I will say from your comments, but if that's what makes you happy I'll keep reporting on our meals), we drove straight up 385 125 miles to Carson City, NV. 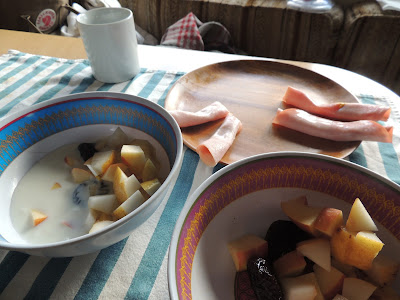 Just so you know, mid-morning snack was veggies and peanut butter on leftover pancakes. 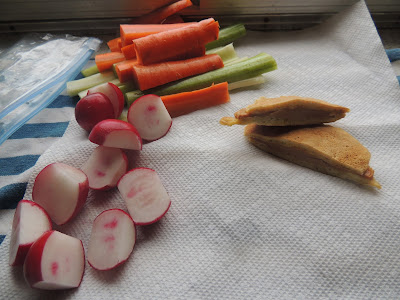 Don't you want Carson City, NV, to look like it did in the old west films, with horses and saloons? Instead it looks like this: 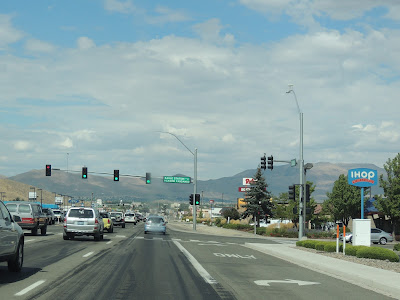 But let's back up. The drive was beautiful. 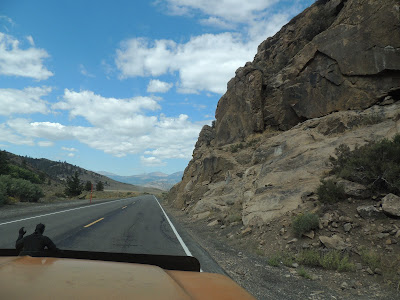 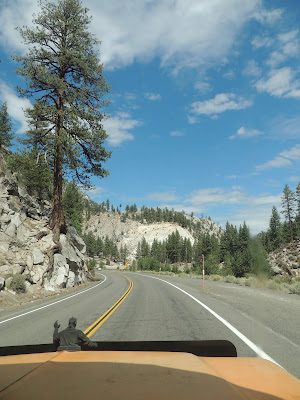 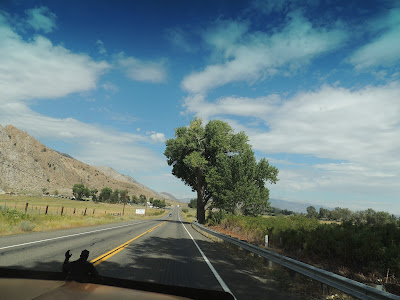 Hey wait--there's a saloon along the way. 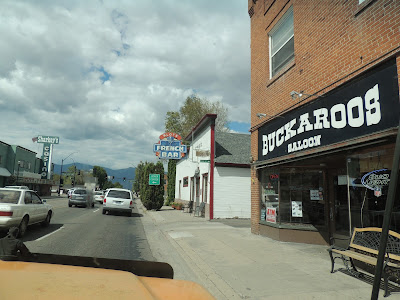 After a stop at Radio Shack for some bits we took a hard right and ate lunch at this Mexican place. Our waitress (another messenger?) told us about Washoe State Park and we're glad she did. 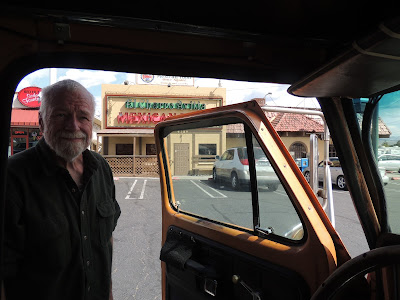 The park has a lovely shaded picnic table at each site. 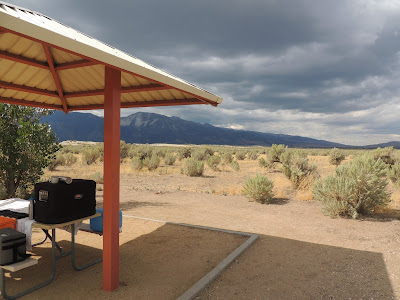 Art's making something with his Radio Shack bits and he looks happy. 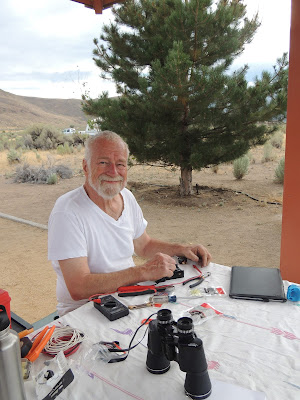 Oops. Storm's a brewin' out back and Art is tarping up our stuff. Time to batten down the hatches inside and make a salad for supper. Stay dry and we will see you down the road. 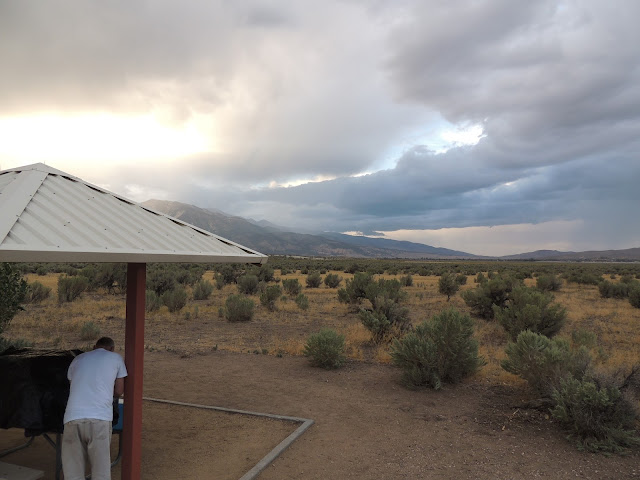