In The Moment: Walking A Piece of the Queen Charlotte Track 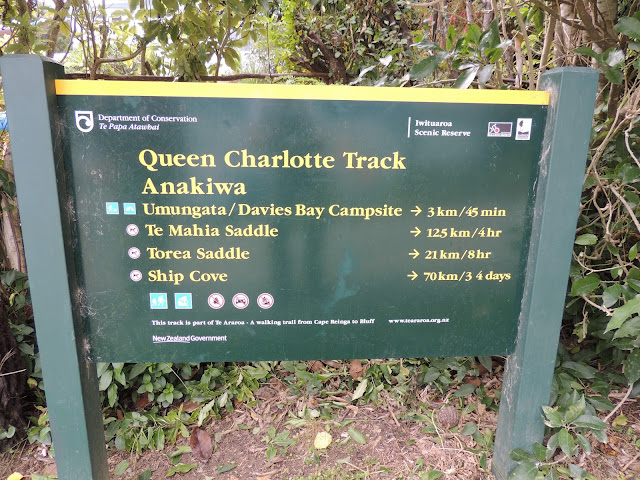 Walking even a four miles of the Queen Charlotte Track is to find yourself in the moment, I think as I focus, eyes down, on the ever-changing path. Chancing a quick look up at a towering tree fern, my shoe hits a root and I stumble. 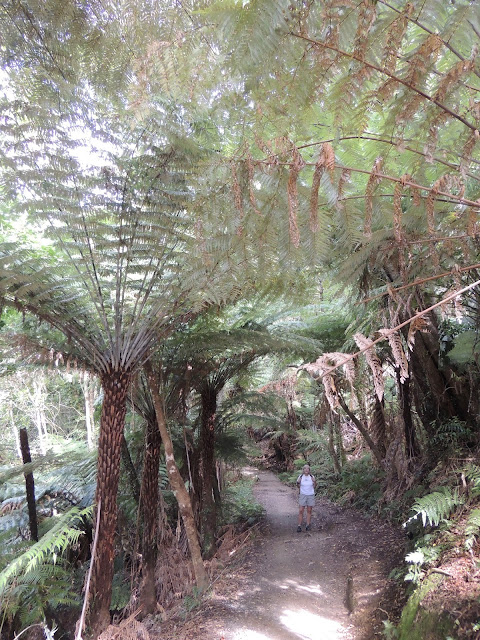 Chop wood, carry water. If you're not truly seeing this path you could easily tumble a couple hundred feet straight down into the water, which would make a real story if you survived. 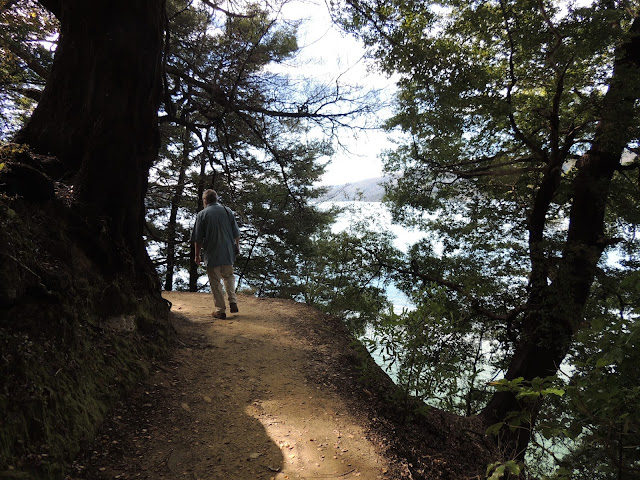 In NZ the vast majority of walking paths come with few if any warnings. It's assumed you know enough to step carefully around the drop-offs. In the end, you must simply stand still to peer into the beauty of it all. 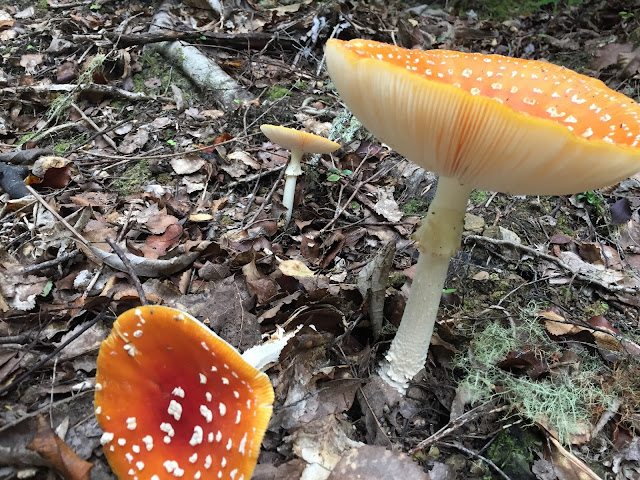 We drove the narrow twisty road from Picton yesterday, never more than about 30 mph as the blind turns guided us up, up, and then over to Anakiwa, near the south boundary of the Queen Charlotte Track.

For at least 800 years Māori have occupied the Sounds. Totaranui (the Māori name for the Queen Charlotte Sound) was an important area for them. The sheltered Sound was used for travel and provided bountiful seafood for the many Maori who lived there from the sheltered inlets, together with birds, has sustained their developing culture. 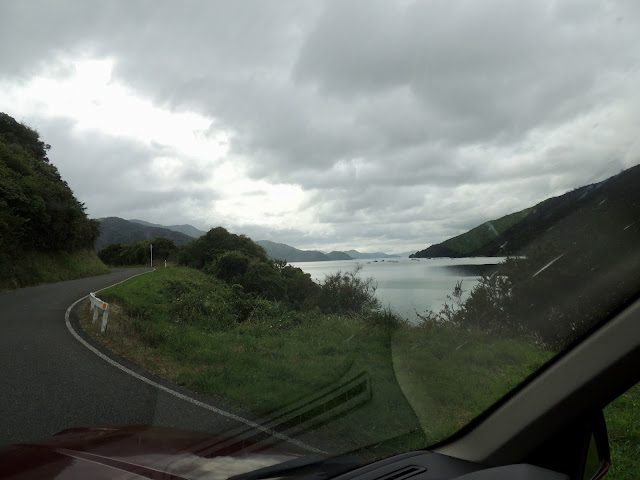 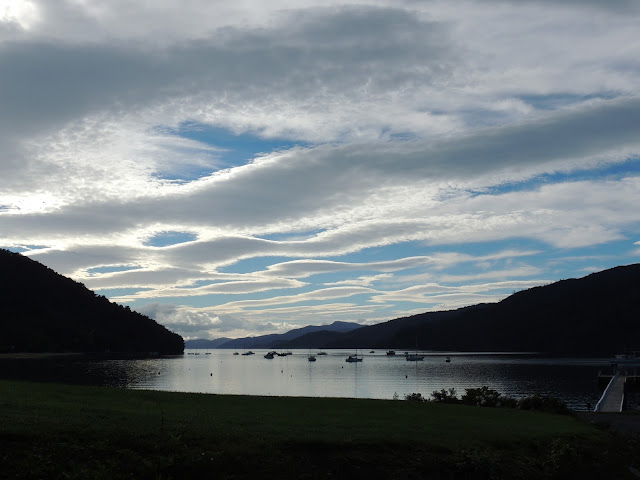 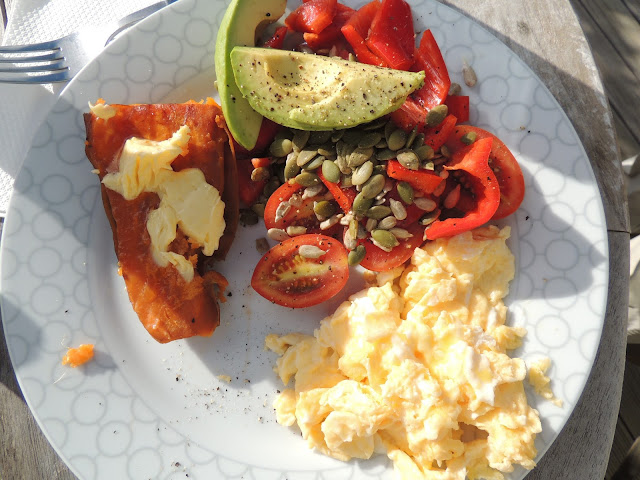 It's a glorious stroll just getting to to the start of the track. 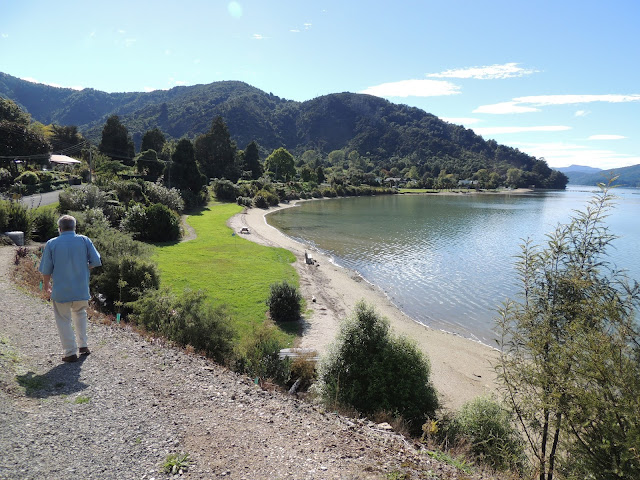 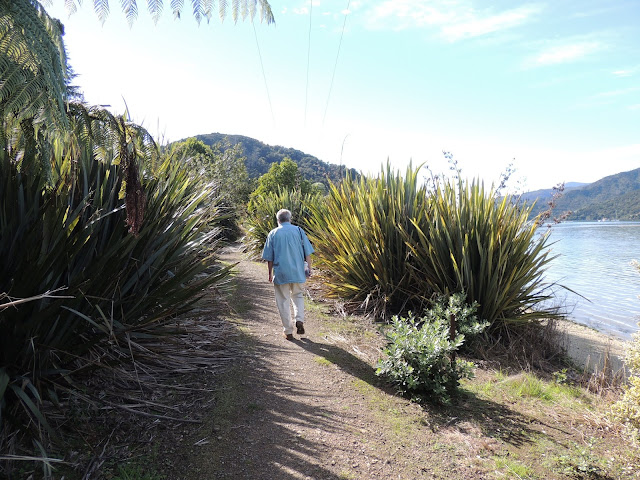 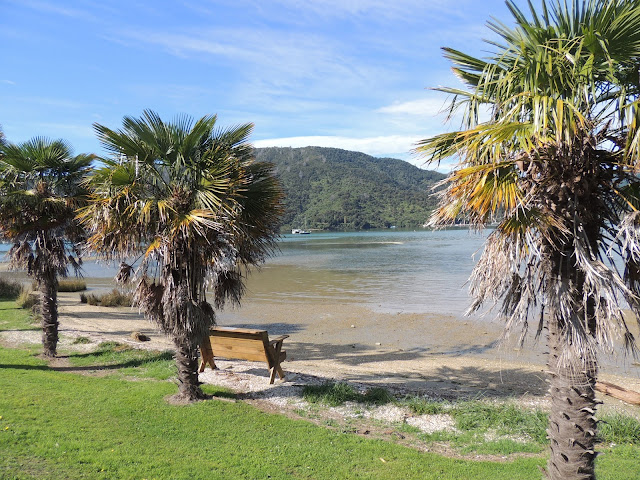 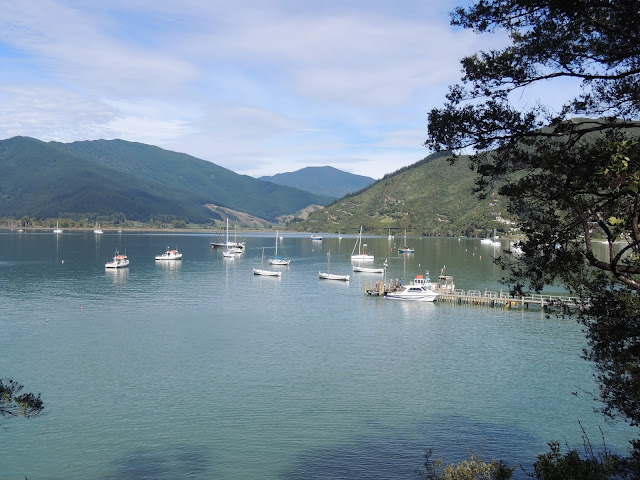 In some areas deeply shaded, others in full sun, the track is a gift. 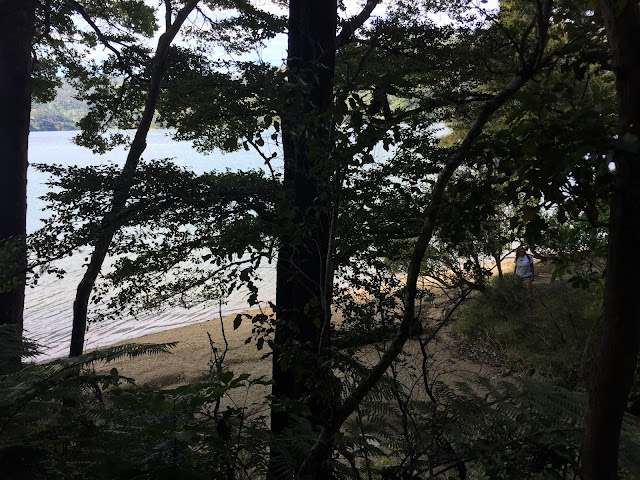 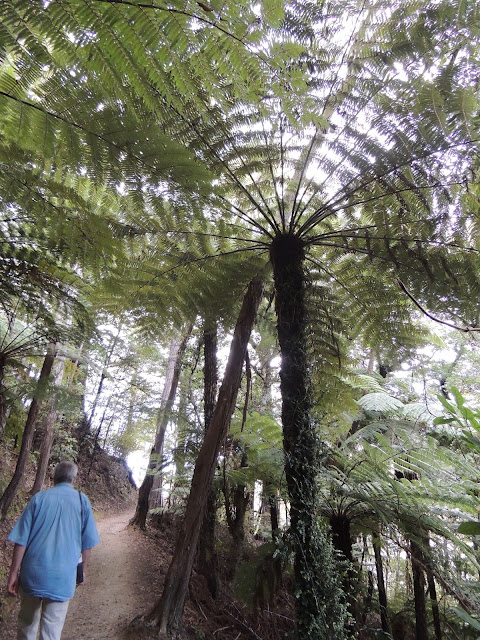 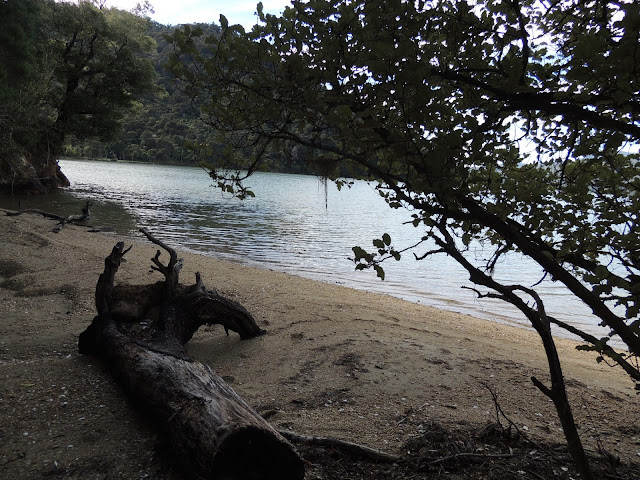 Nice people along the way include Ute, from Germany, who finished her medical training in neurology last June and then headed out to Spain, Portugal, Australia, and NZ. She was within a couple of kilometers of finishing the 71 k (44 miles) track, start to finish, and she looks happy about that. 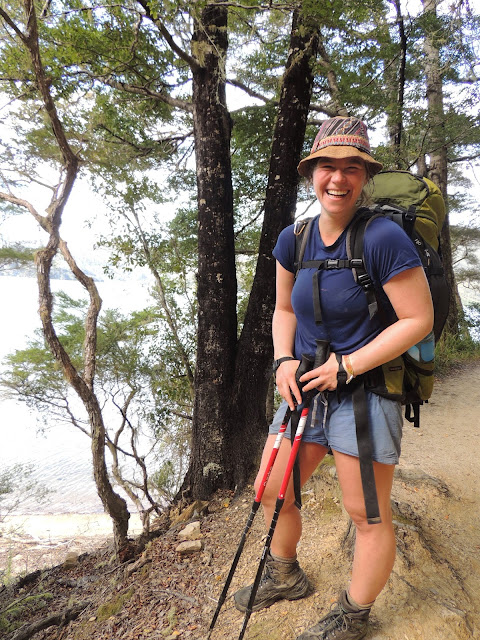 Davies Bay, where a NZ family was cooking bread on sticks over an open fire. 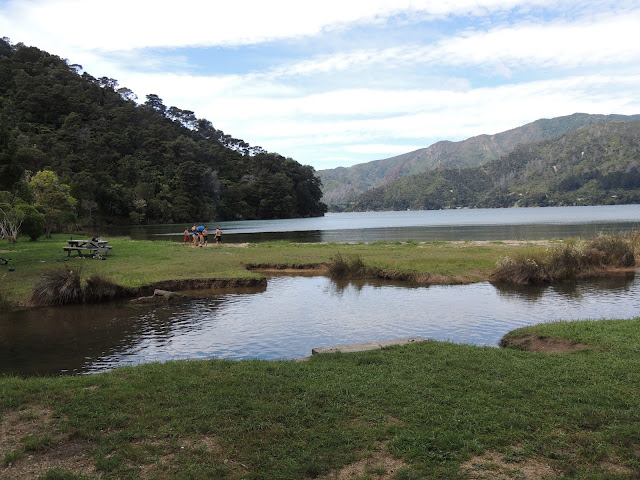 The father of these kids asked us about Trump. It seems every third person does. 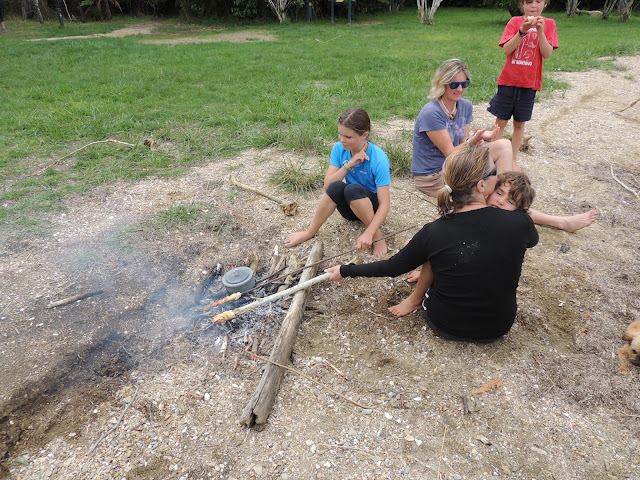 There were also kayakers... 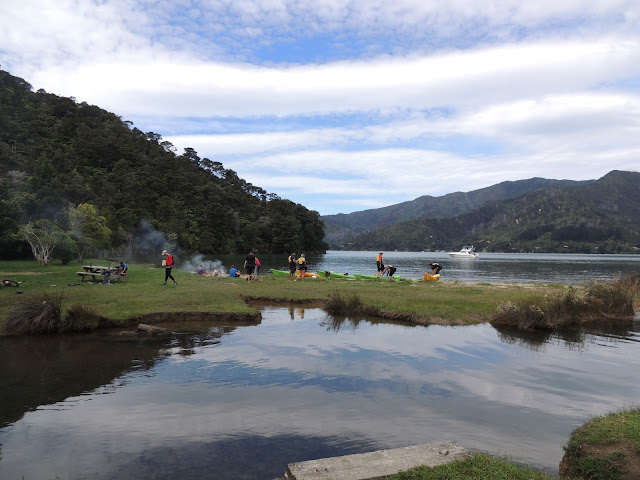 And possibly a nesting king shad? 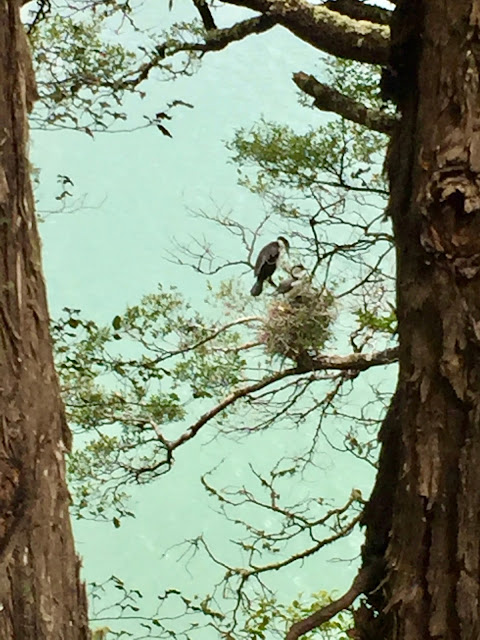 Here's Kim, a lovely woman from Christchurch who was riding the trail on her bike, a bit unsteadily she admitted. She was reveling in her new grandmotherhood and showed us pictures ("I don't usually do this"). I liked Kim's style: she brought a proper china mug in her backpack for her coffee break. 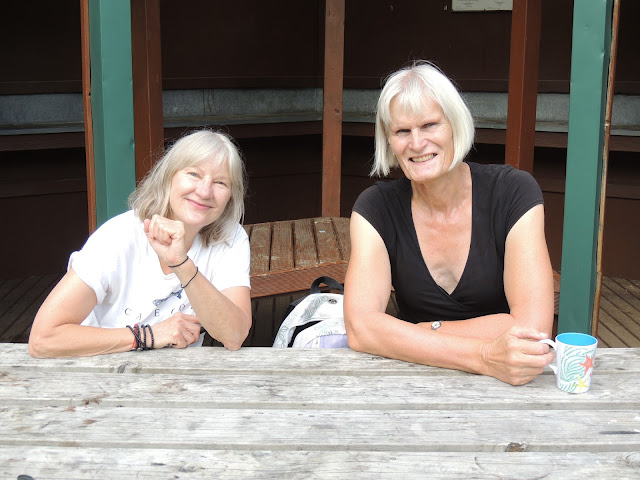 Silver fern, NZ icon
According to Māori legend, the silver fern once lived in the sea. It was asked to come and live in the forest to play a significant role in guiding the Māori people. Māori hunters and warriors used the silver underside of the fern leaves to find their way home. When bent over, the fronds would catch the moonlight and illuminate a path through the forest. 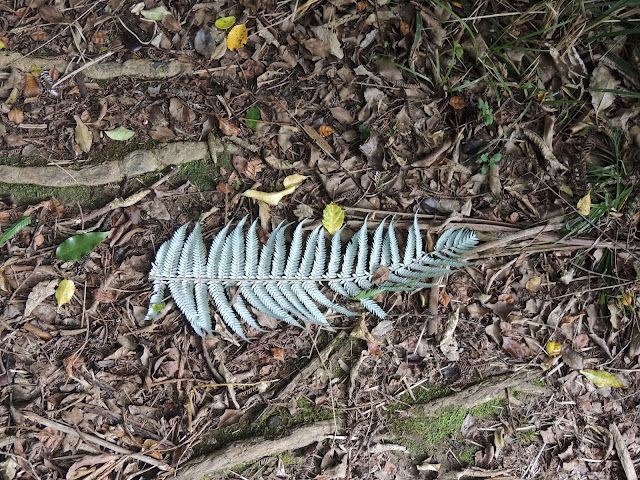 Tiny caravan cafe at the end of the track near the backpacker hotels. Hikers/bikers finishing the trail here can pick up a water taxi back to Picton. 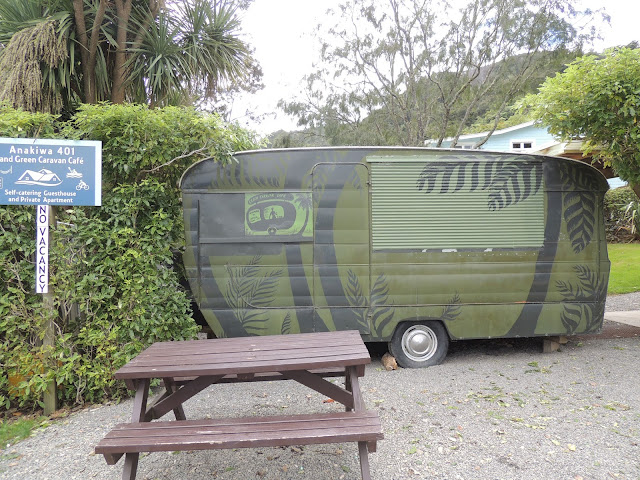 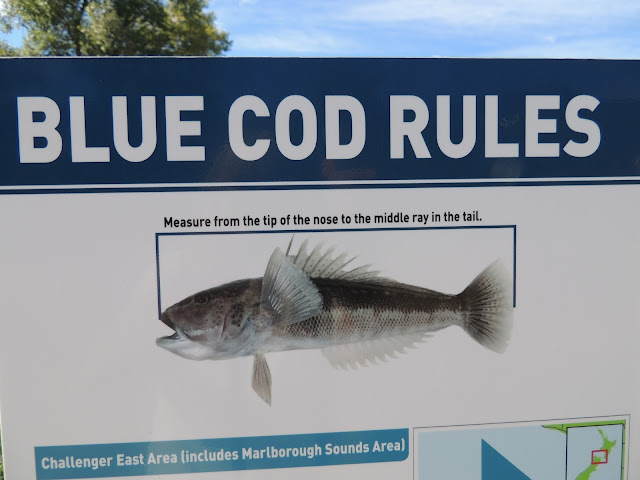 But it's gurnard again for us for late lunch, with spicy spinach and smashed potatoes. Enjoy every sandwich... 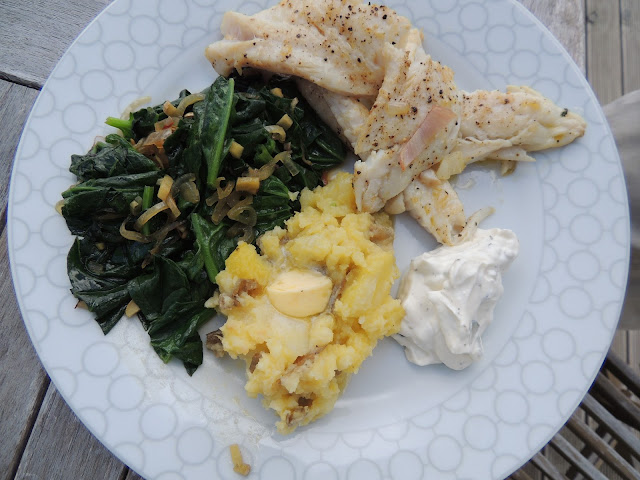