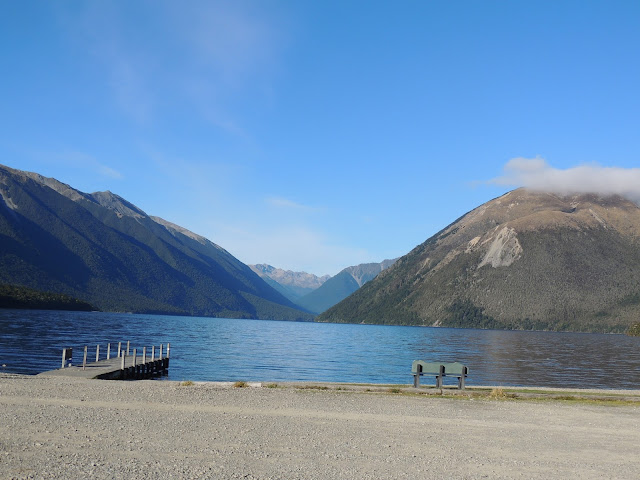 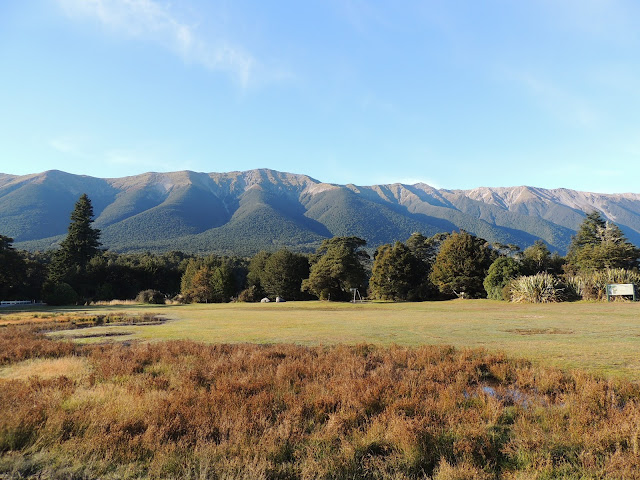 The park lies at the northernmost portion of the Southern Alps, the backbone of the South Island. Here's a good illustration of the location of the lake (Tasman Bay at top, Lake Rotoiti #4) and the elevation surrounding it. That white line running through indicates the meeting point of two massive plates, the Pacific and Australian.

A quick look at the geology of the Nelson Lakes area reveals how young New Zealand is. On a geological time scale the country is still undergoing immense change as the Australian and Pacific plates continually crash and grind into each other forming the jagged mountains as they are thrust upwards from the continental collision. As you hike through the park the major fault lines can be traced across the landscape, including the main Alpine Fault which passes right through St Arnaud. 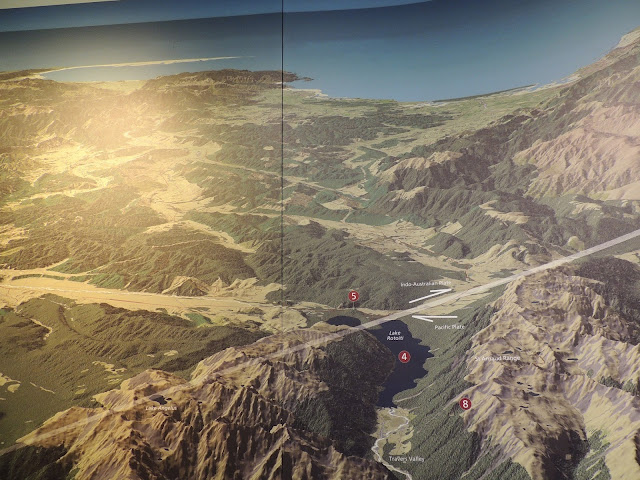 The air here is so fresh it feels like breathing cool silk. A portion of this park is designated a "mainland island" due to intensive conservation efforts that include native plant regeneration and eradicating stoats and possum. They've returned the roa--giant spotted kiwi--to the area with the hope it can re-build its population. 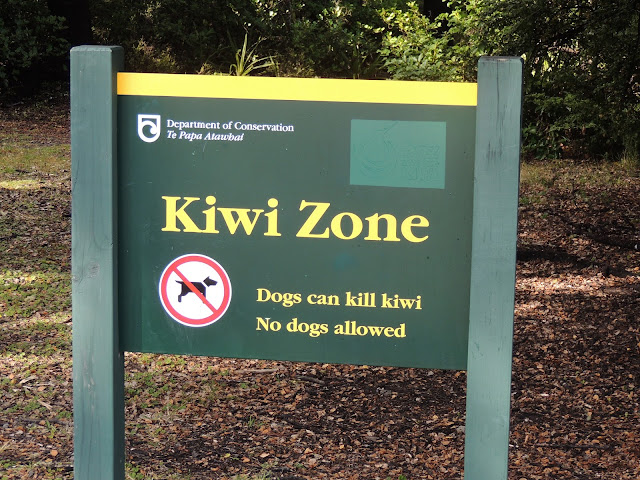 Birdsong surrounds us on our walks, and we took two today. Three types of beech dominate the tree presence. 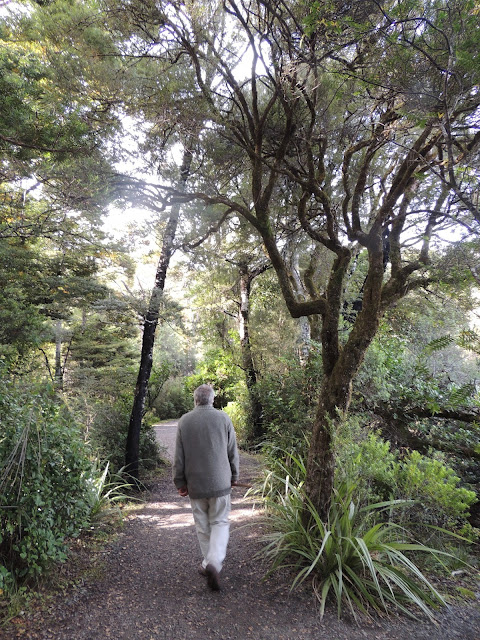 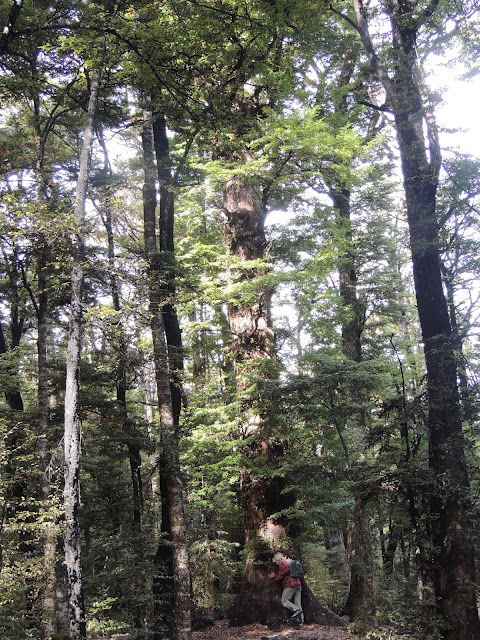 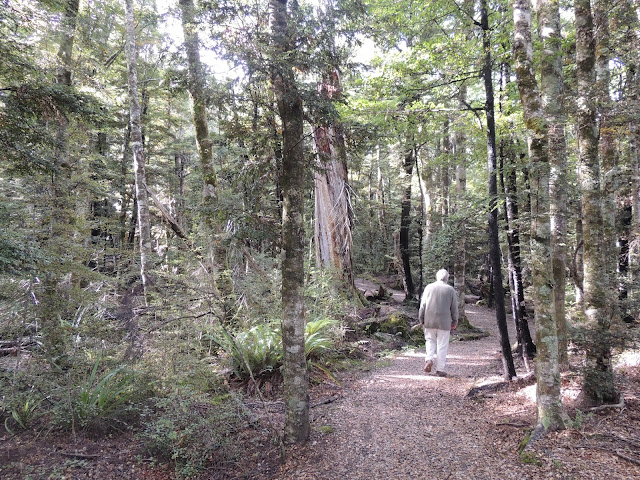 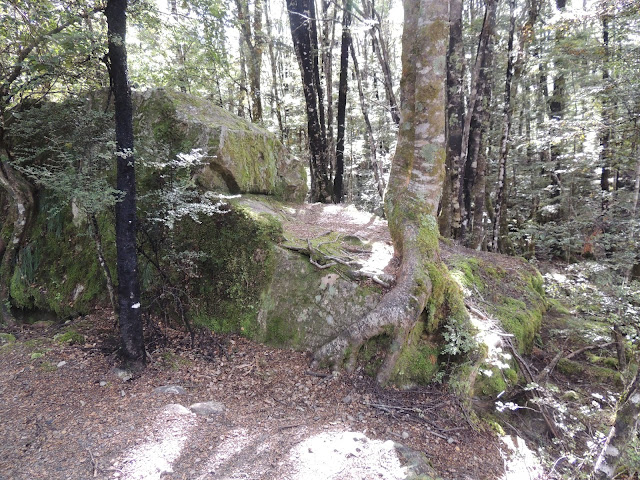 In the shade of the pier the longfinned eels congregate. They are likely the longest-lived eels in NZ, if not the world, according to info at the visitors center. The cold water here slows their growth and many females don't reach maturity until they're 90. Maori call them tuna and once hunted them in summer for drying and later consumption. 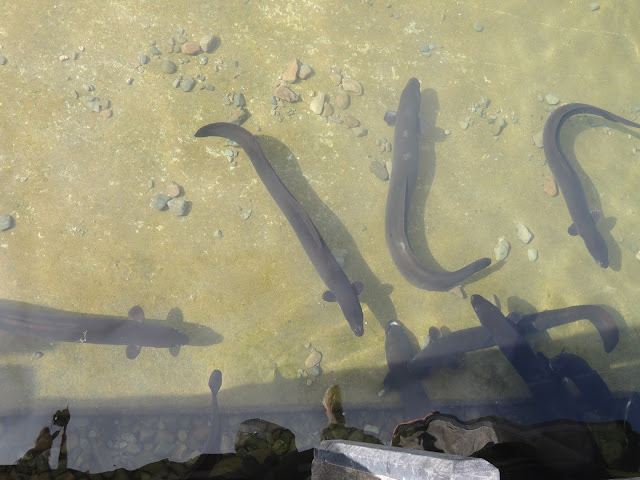 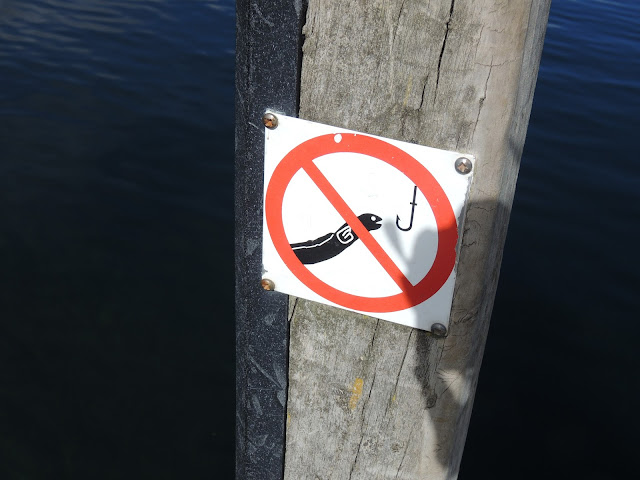 Between walks, we paused on the pier because who can get enough of that backdrop. The sun felt good too. 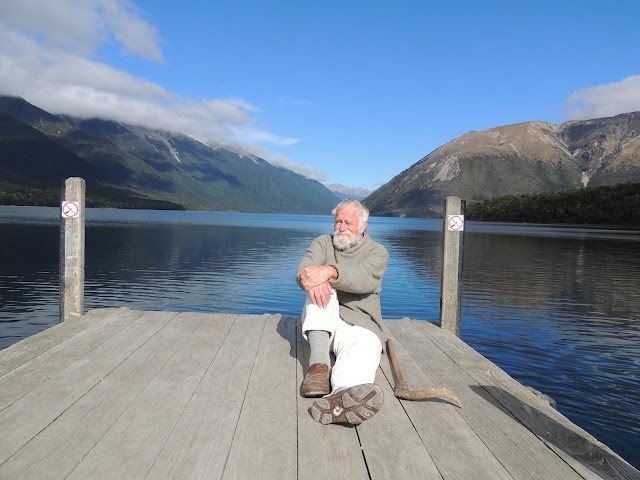 We met a man going out to fish for brown trout, introduced to the lake for sport fishing in the 1870s. I asked if he caught and released or took them to eat. He laughed and said he thought it disrespectful not to eat the fish he caught (save some for me...). 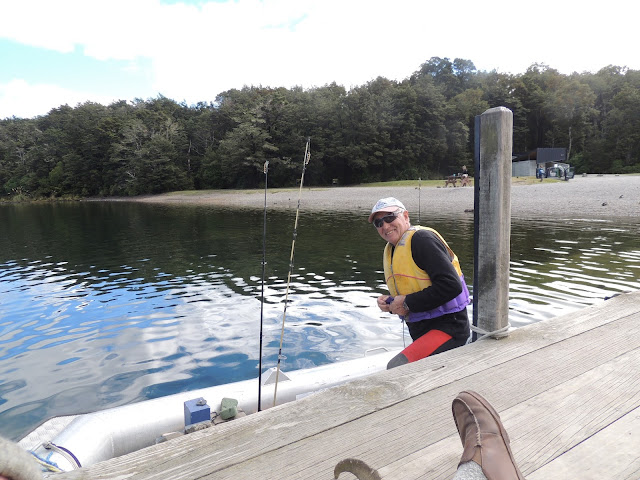 Next we met a group putting their lunch together on the pier. I was impressed with this guy's sammo. He laughed and urged me to get a closeup. 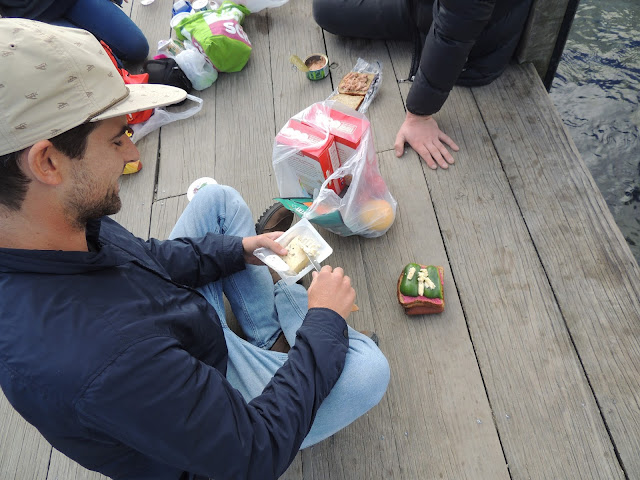 I'm not sure what the pink spread is, but the green pepper and cheese look just right. 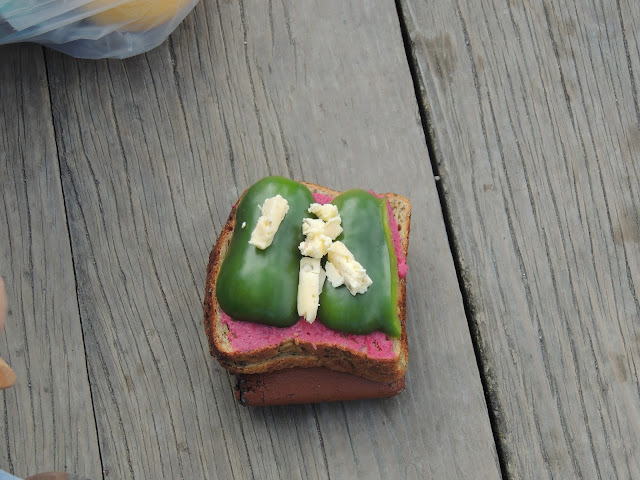 Aren't you going to make a picture of my tunafish, this guy asked. Of course I am. 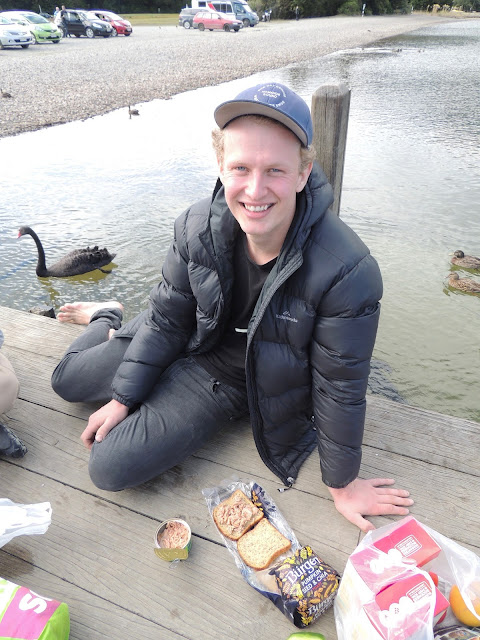 Hailing from Austria, France, Sydney, and elsewhere, part of this group had picked up another couple hitchhiking, so when I asked if they were all friends one said: for about 15 minutes.

Cereal works for lunch too 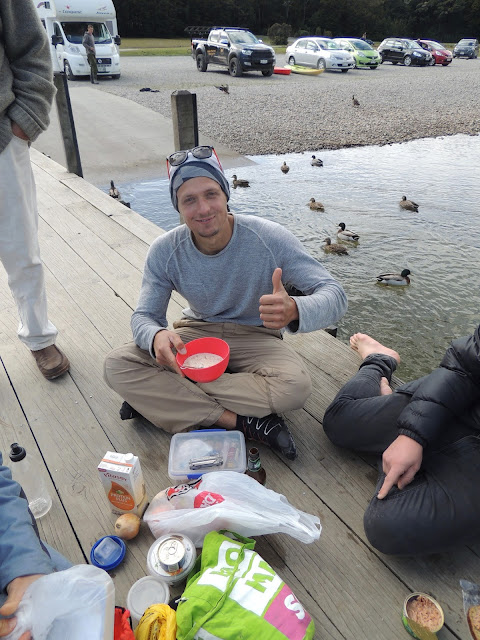 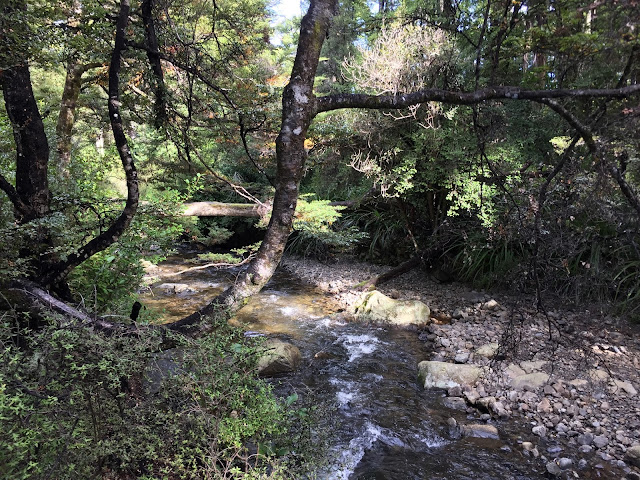 On our second walk we ran into a university professor from Wellington whose students were researching those fault lines mentioned above, specifically the vertical displacement. 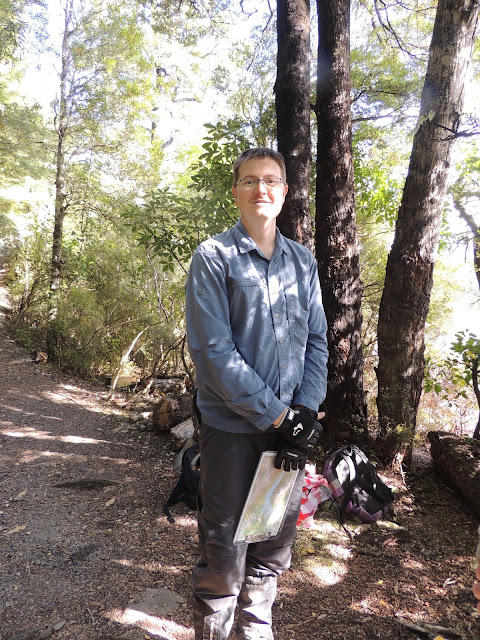 This is a beautiful Department of Conservation campground, and a handful of sites offer electricity. We can operate without it, but it's nice to be plugged in. 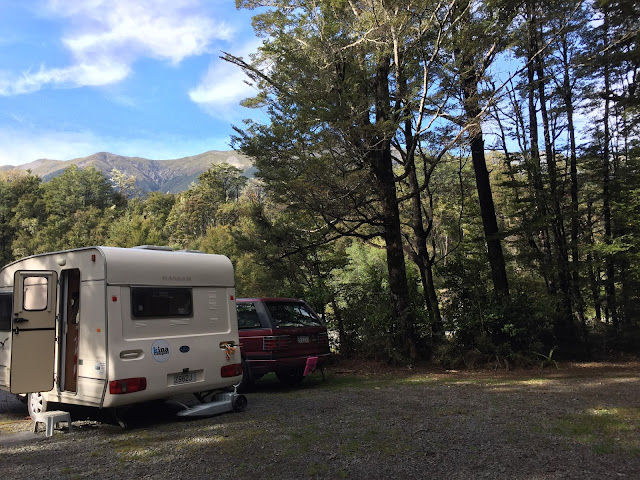 This shockingly adorned waterfowl was busying itself right off the pier. I did a little research on NZ Birds Online but haven't identified it yet. Ideas? 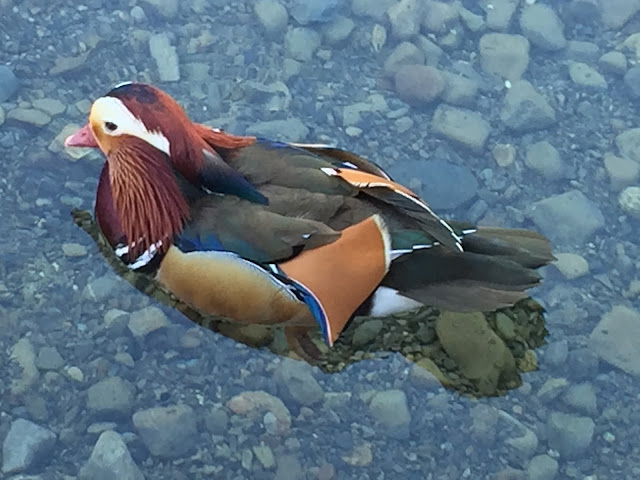 Because of the very low light in this camp, at night the stars just rip across the velvet black sky. Swaths of the milky way are visible and to me it's more thrilling than just about anything. 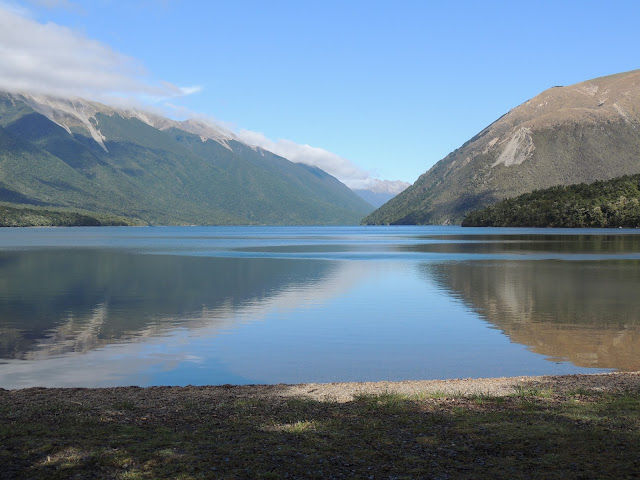