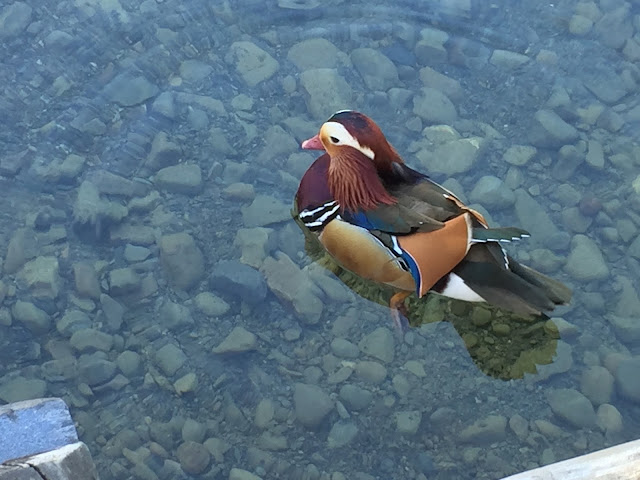 Good Chicago friend Edward solved the mystery of the well-plumed waterfowl on Lake Rotoiti. It's a Mandarin duck...and his name is Alphonso. 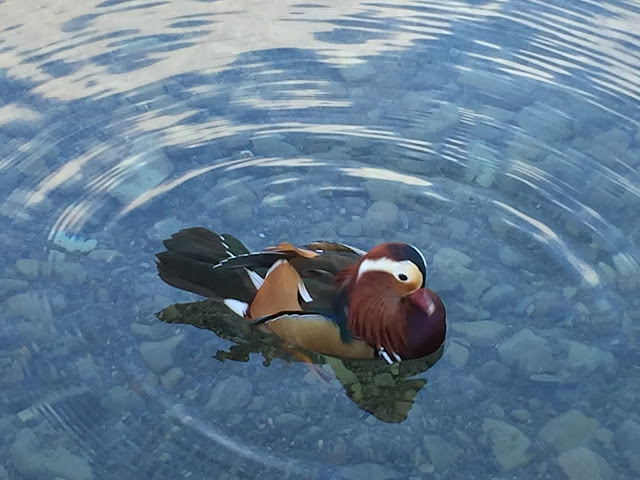 But there's more, via this 2015 story in The Nelson Mail...
Alphonso is a duck of mystery.

The lone male Mandarin duck arrived out of nowhere at Lake Rotoiti in the Nelson Lakes National Park last November, and has stayed in the Kerr Bay area since.

The exotic visitor has attracted plenty of interest from locals and visitors because of his striking colouring. One of the local rangers even came up with a suitably exotic name befitting the enigmatic visitor -  Alphonso.

Nelson Lakes Department of Conservation partnerships ranger Tracey Grose said: "We have no idea where he has come from. He is an exotic breed that is not normally seen here."

Mandarin ducks in New Zealand are believed to be only privately owned and because of this she was unsure how many were in the country. She said the Mandarin was able to co-exist with other breeds of duck in the area and settled in well to its new home.

"The most frequently asked question in the (Nelson Lakes) visitor centre at the moment is 'what sort of duck is it?'," DOC Nelson Marlborough communications advisor Trish Grant said.
Mandarin ducks are native to east Asia but have also been introduced to some European countries. The males are distinguished by their red bills, large white crescents above the eye, reddish face and "whiskers" and large orange panels on their backs.

When I caught up with Alphonso today he was hanging out with the mallards on the grassy waterfront embankment, having apparently learned there's no end to the delicacies local campers will hand out from their bread bags... 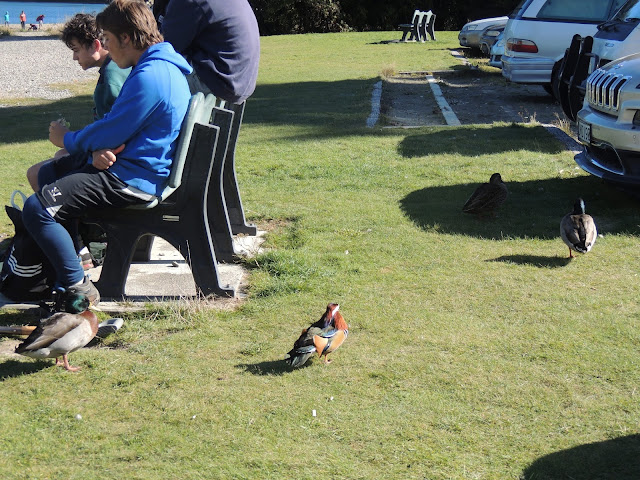 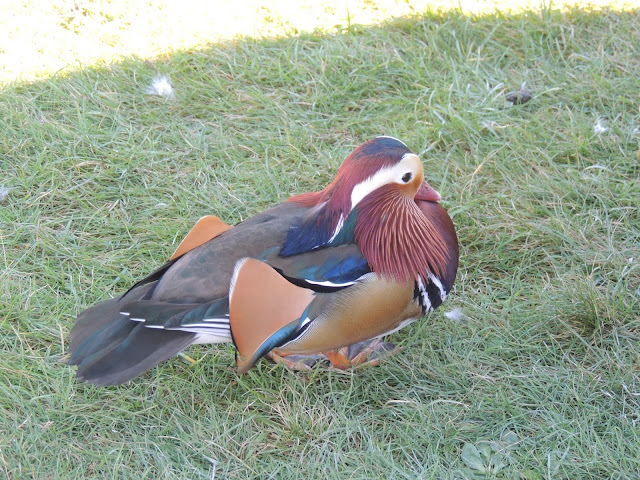