If you are at the Big Hole River cut a little south and follow the Beaverhead up to Clark Canyon Dam and past it up to Lemhi Pass.  It’s incredibly beautiful open range country where Sacagawea’s tribe was located.

Turns out we did part of that even as he was hitting the Send button. But let's back up. This post begins with breakfast at Crazy Creek Campground, me asking Art: what do we want? From this conglomeration we developed... 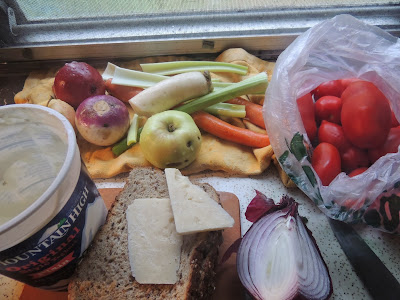 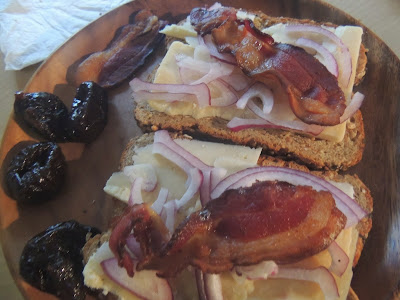 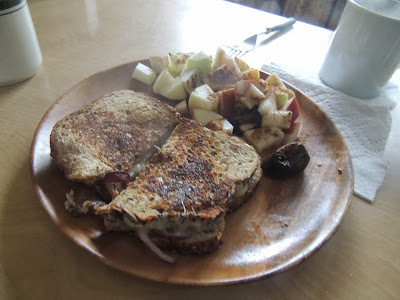 What's not to love? A good start to what would become a long day. 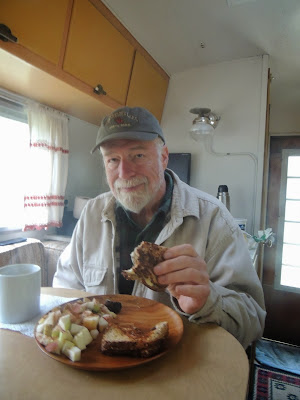 We hightailed it out of the national forest on the gravel road, south on 33 heading for the Lost Ttrail Pass at 7000 feet. 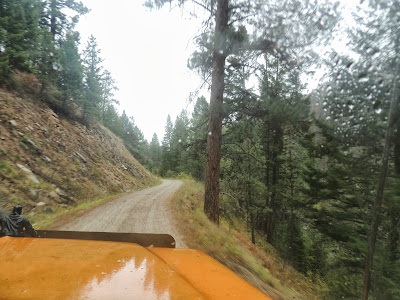 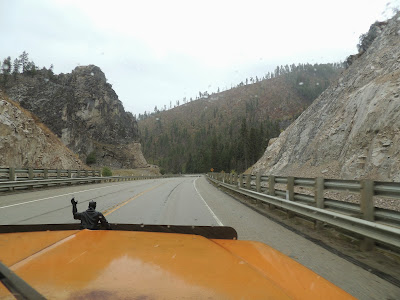 Then 43 east through the Beaverhead-Deerlodge National Forest, whose trees are showing the rusty signs of...pine bark beetle? It's sad to see. 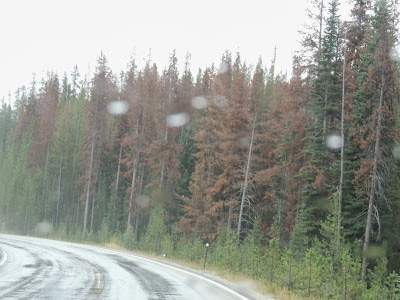 A wet gorgeous drive takes us into miniscule Wisdom, Montana, for gas and ice, which always top our list. 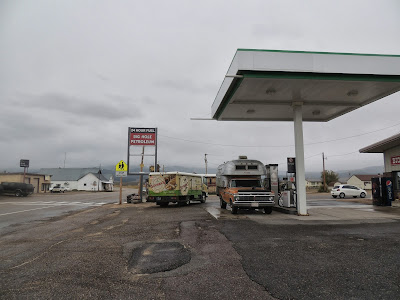 Wisdom looks to me like a film set. Country music spills into the vacant streets from someone's tinny speaker and I feel unaccountably sad. 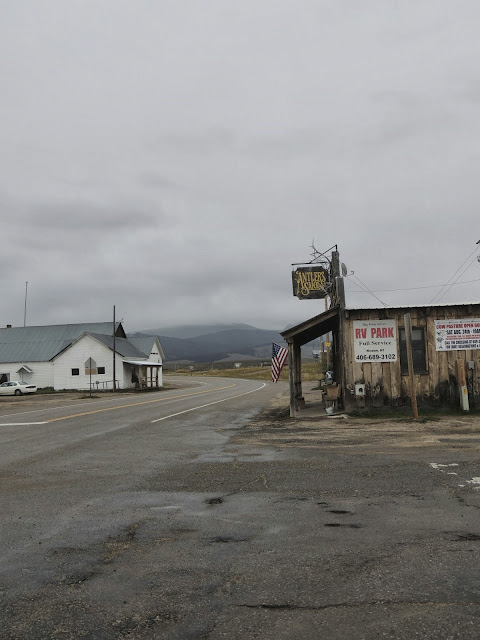 We're following the curves of the remarkable Big Hole River...

Known for its blue-ribbon trout fishery, the Big Hole flows undammed for 150 miles. The river is home to the last native, self-sustaining wild population of fluvial Arctic grayling in the lower forty-eight states.

Sublime river. We were mesmerized by its beauty for miles. 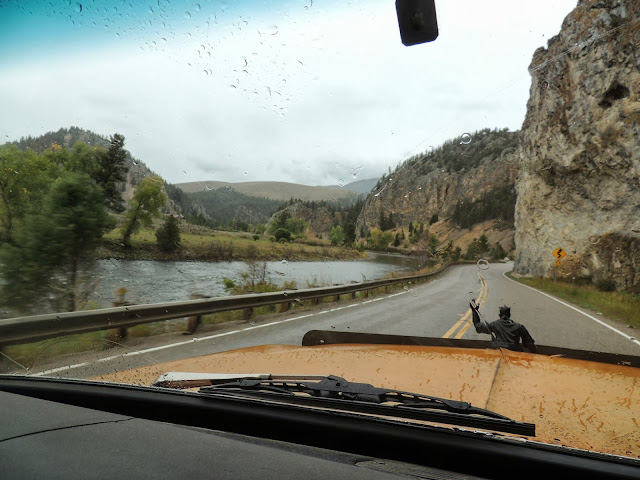 There seems to be a paucity of campsites in Montana. See those little tents on the map below? The ones on grey lines are on true secondary roads, the broken lines indicating gravel roads. Many of these sites are closed for the season. We love staying at them (Crazy Creek being a good example), but can't spend all afternoon checking them out.

When your home is on your back, you're always in some way seeking the day's campsite--timing your arrival well before dark to allow set-up and relaxation time. So there's Dillon, and it's raining hard. Still, these campers aren't interested in a motel. Hey, there's a place called Barrets Dam Recreation Area. Looks promising and not far.

But here's a clue: it doesn't exist. 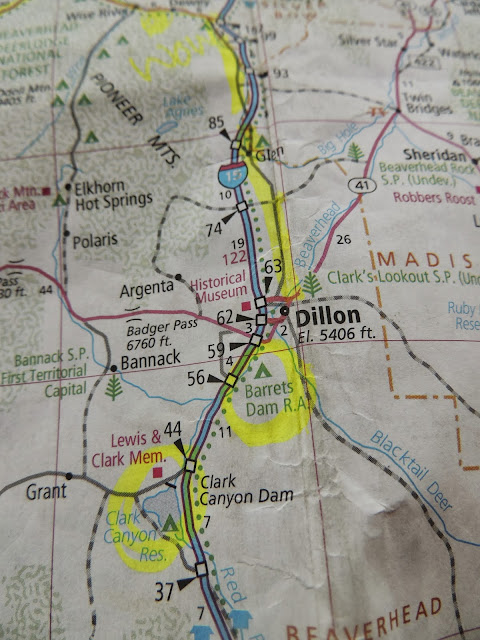 The scenery is strikingly beautiful south of Dillon--like another planet, only it's ours. We drive in search of Barrets Dam,  ending up here.  It's beautiful, right? But this is not leading us to any campsite. 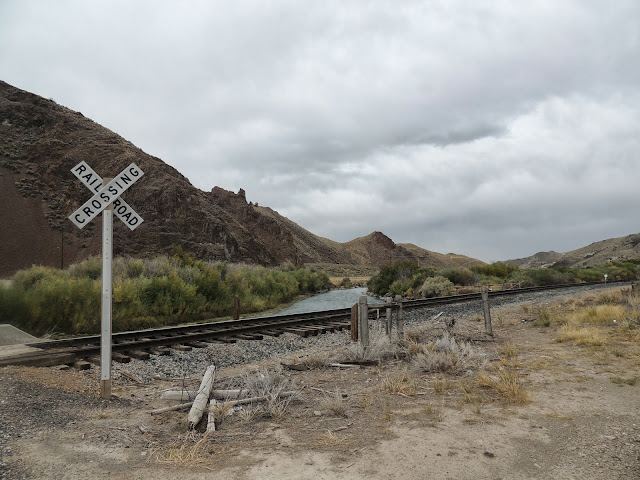 So it's back on Interstate 15 (a rare interstate cruise for us, but there's nobody on it), driving north and south, on and off, me trying to elevate the mood of the Ford's occupants by exclaiming over the awesome landscape.

"We should have stopped at that gas station," our driver says testily. "I thought the right exit was obvious," say I, a morsel testy myself. 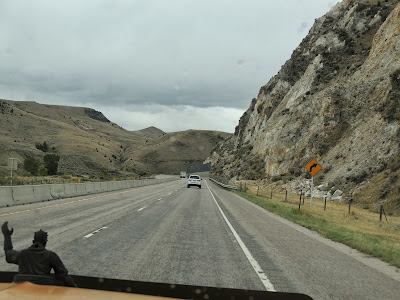 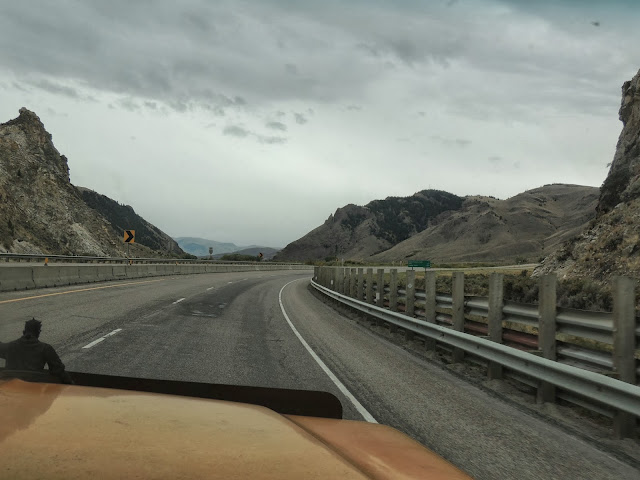 North and south on 15.
Doesn't matter where we go
there is no Barrets Dam camping place
(but don't those peaks look just like the witch's castle from Wizard of Oz?) 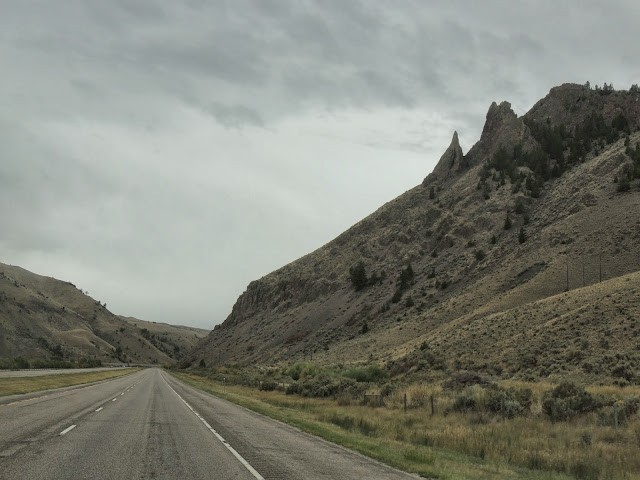 We turn around yet again to head for the blasted gas station. Which (you guessed it) is closed. Art had the good sense to join me in uncontrolled laughter. Some days are like this. Plus there's wi-fi here in this god-forsaken spot, so we begin searching for someplace else to camp, and this turns out to be Clark Canyon Reservoir, 11 miles south of the nonexistent Barrets Dam and mentioned by friend Bill when I finally opened his email. Symmetry. 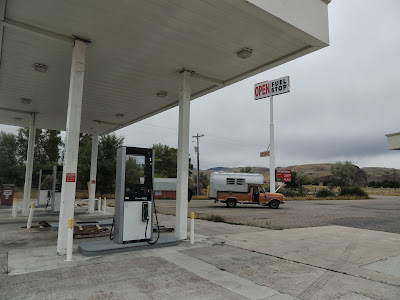 When we finally arrived at Clark Canyon Reservoir last Tuesday night, big storms were brewing. We had just enough time to unload and tarp up our stuff--with a moment's sun to dry us out--before the big blow came. 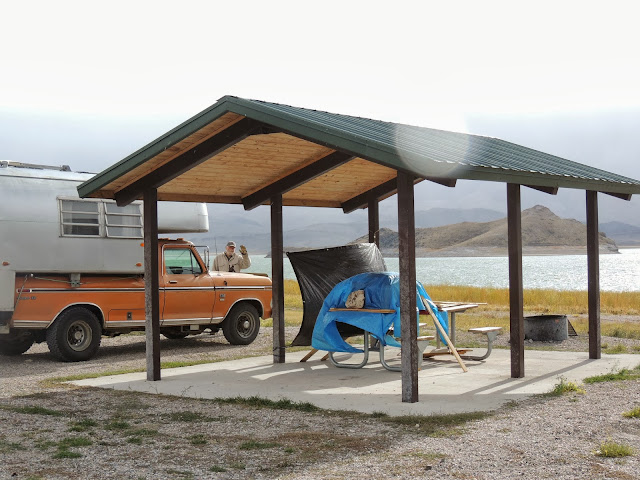 Inside the Avion, we were buffeted by winds that shook our 2-ton kit like a maraca. Wide-eyed and maybe a little bit worried (it's NOT going to blow us over, Pippi) we rode it out, perfectly dry and suitably awed by nature's heavy hand. 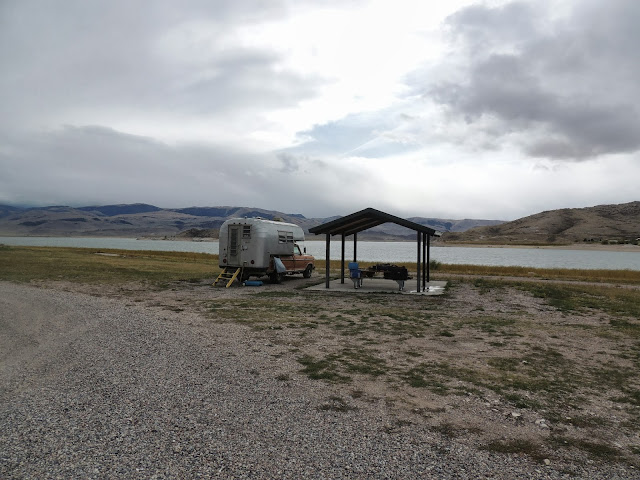 Another hot toddy to go with the rotisserie chicken and avocado salad? 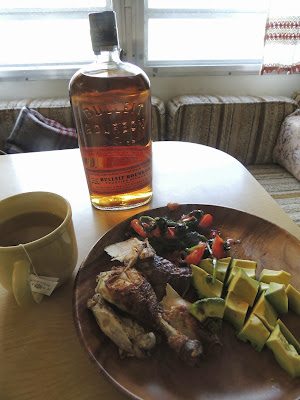 The setting sun on the hills behind us from the reservoir's west side was stunning. 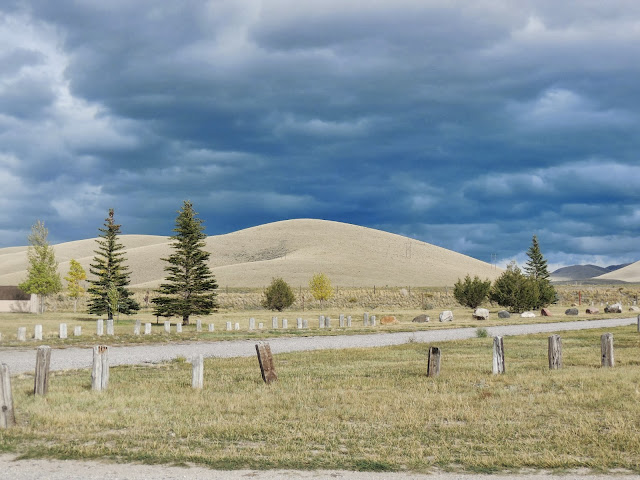 I happened to glance out a window after the rain and saw a slash of color. Day is done, gone the sun. 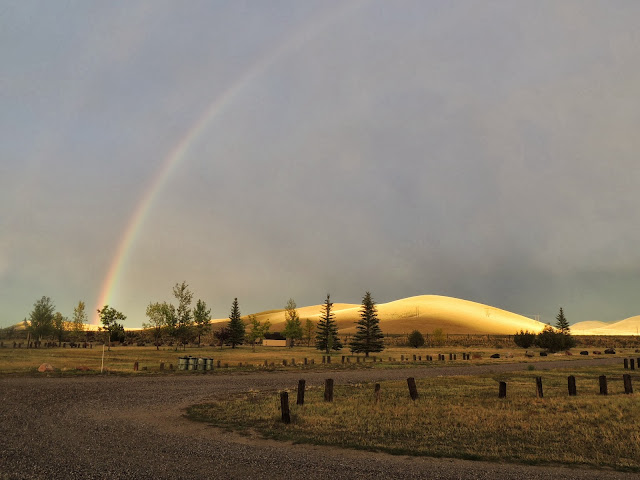 It's true what Bill said about the rich history of this place, but we're all out of energy for exploring, these daunted travelers feeling quite unlike Lewis and Clark.

Clark Canyon Dam is constructed at the head of the Beaverhead River. Clark Canyon Reservoir is the site of Camp Fortunate, one of the more significant spots along the Lewis and Clark Trail. It was at Camp Fortunate that the Lewis and Clark expedition met the Lemhi Shoshoni Tribe, and cached their canoes and a stash of supplies for the return trip. Sacagawea was reunited with her people here.

Feeling fortunate ourselves that night... 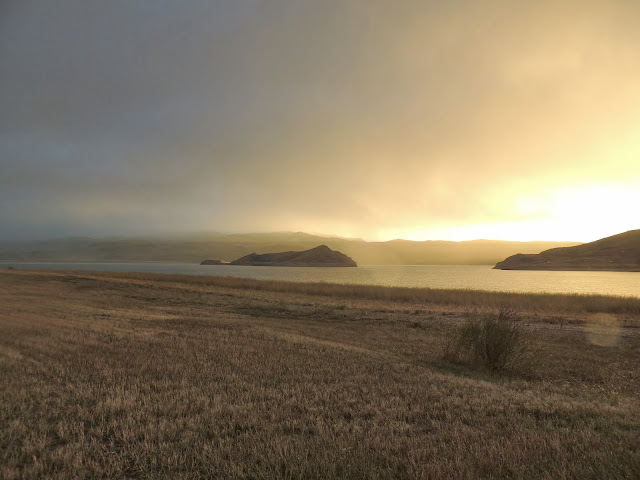