Birds of NZ: Listen to the Tui

I've posted about the tui before, but I likely didn't know it would become hands-down my favorite NZ bird. Tui makes me laugh every time I hear its song.


Tui are considered to be very intelligent, much like parrots.[10] They also resemble parrots in their ability to clearly imitate human speech,[11] and were trained by Māori to replicate complex speech.[12] 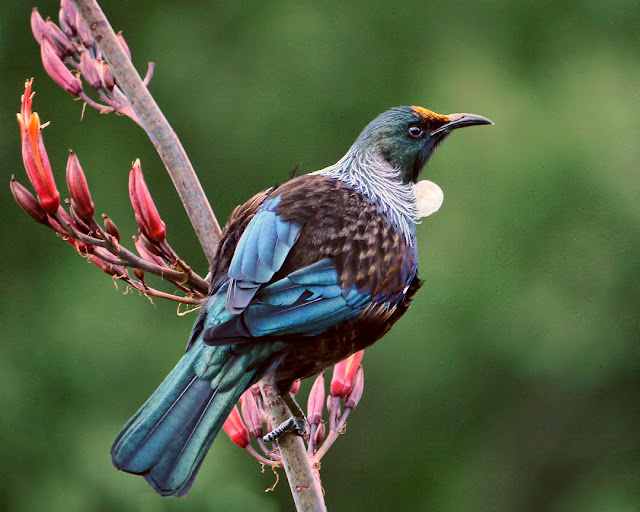 In this quick vid (trouble viewing click here), you'll hear some hammering in the background, the result of winter-months home upgrading in Kaiteriteri.

Otherwise, the tui owns every single vocalization, and there are many. Along with clicks and raspberries, the funniest sounds to me like a yappy dog followed by a sweet little melody. It's almost spring--are the tui twitterpating? Turn up your audio full blast and hear what we hear...