Remember those spring lambs...and the spring rains that come with them? Our campground guy just popped round to tell us that up to 5.5 inches of rain and winds as high as 87 mph are potentially heading this way tonight. Further complicating matters is the tide, which is at its peak due to that gorgeous full moon. In a past similar event, gale force winds under a full moon pushed the water all the way up to the first row of caravans ("I'm sailing!").


I may have to get this book on moas, a current minor obsession 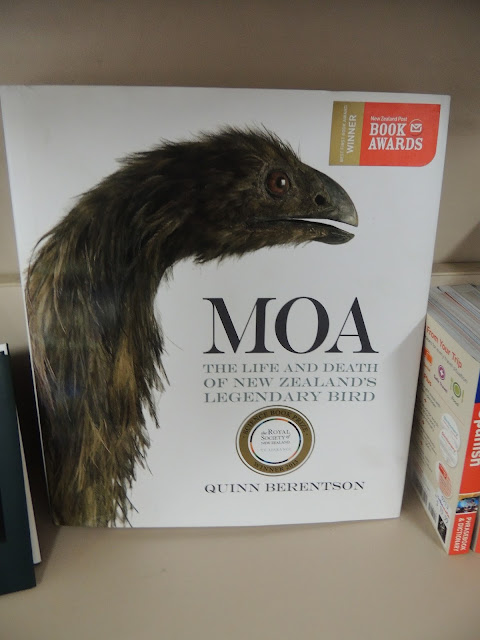 The moa were the most unusual and unique family of birds that ever lived, a clan of feathered monsters that developed in isolation for many, many millions of years. They became extinct reasonably quickly after the arrival of the Maori, and were a distant memory by the time European explorers arrived. So the discovery and identification of their bones in the 1840s was a worldwide sensation, claimed by many to be the zoological find of the century. This book begins by recounting the story of discovery, which was characterised by an unbelievable amount of controversy and intrigue. Since then there has been an unbroken chain of new discoveries, culminating with intriguing revelations in recent years about the moa's biology, that have come to light through DNA testing and radio-dating.
***

The campground guy suggested we move the caravan (away from our incredible views!) to behind a wind-buffering row of shrubs. Crazy weather people crying wolf?

The strongest winds are forecast for Nelson west of about Motueka, Buller and northern Westland from about midnight tonight, where severe gales with damaging gusts of 140 km/h are forecast, although gusts could possibly exceed this about western areas north of Westport. People are advised winds of this strength can damage structures, powerlines, and make driving hazardous.

Art a couple hours ago on the beach, tide out
(look at that light) 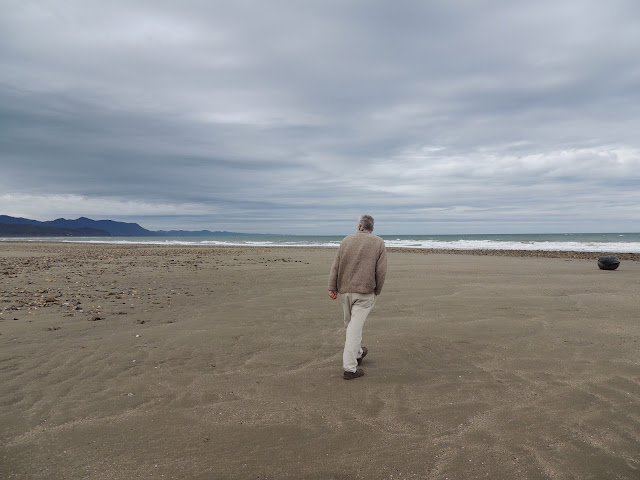 You know you've been here five months (to the exact day) when the guy mentions MetService--Meteorological Service of NZ--and you know what he's talking about.


Tide warning
already been a flood of my tears...