The road north from Timaru, on the South Island's Pacific coast, starts out flat, loosely hugging the shoreline and hosting much agriculture. 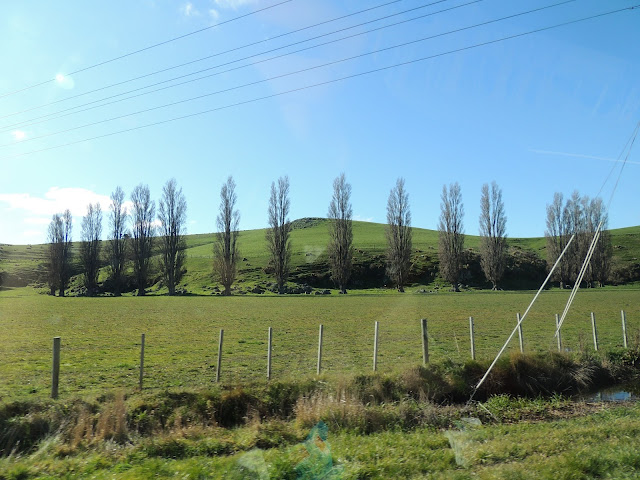 Tuesday we drove three hours north and east--a big driving day for us--to Akaroa ("long harbor" in Maori) on the Banks Peninsula, just a nudge southeast of Christchurch and a world of its own. Here's the route (trouble viewing click here).

Up close, a map of the Banks Peninsula shows its unusual volcanic shape, like non-cohesive pancake batter. It was formed about eight million years ago by two enormous volcanic eruptions and named for botanist Joseph Banks, who sailed on the Endeavour with Captain James Cook. 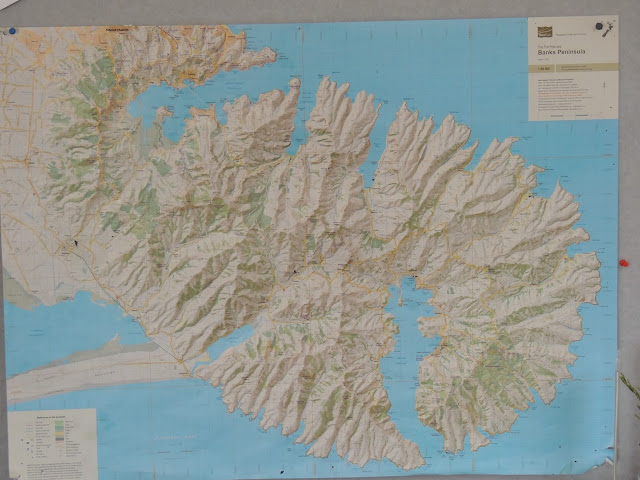 Turning east onto the peninsula, the terrain really starts to get interesting. 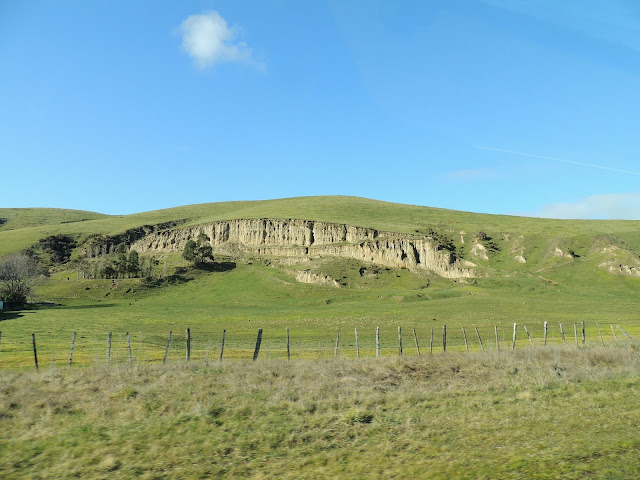 But first a stop at the 90-minute mark for the predictable flat white and a (terrible) cookie. 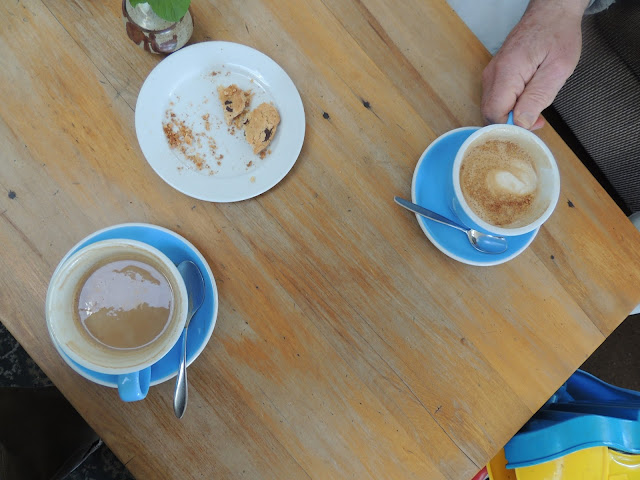 Are you noticing all the blues in today's post? It was startlingly clear, the sun higher in the sky each day. On the cusp of spring in NZ. 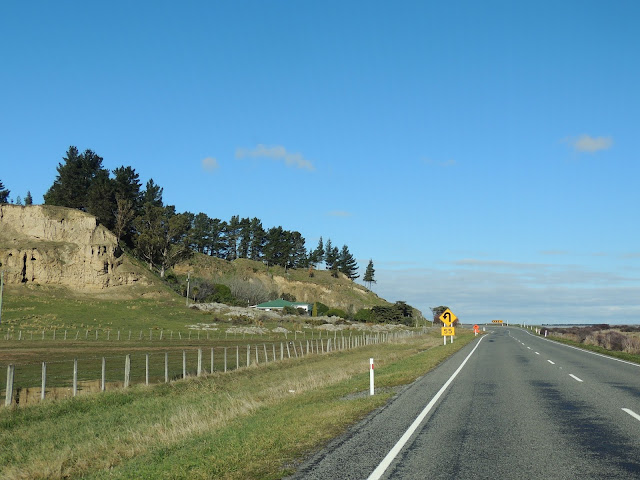 What is this swatch of trees? 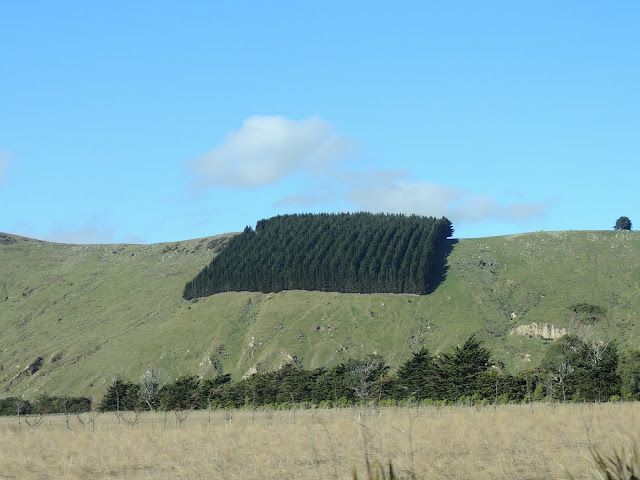 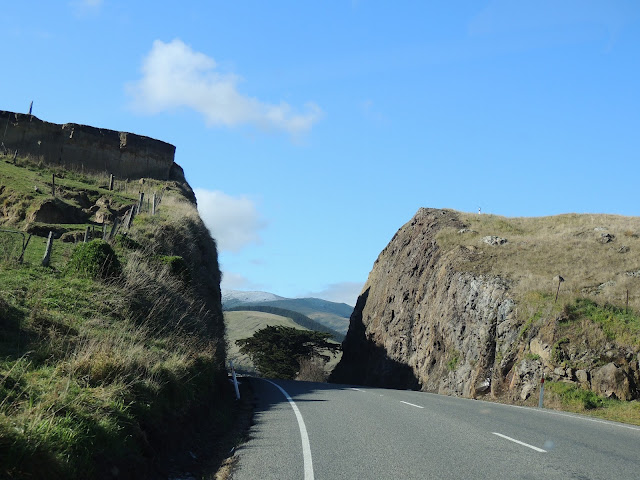 We passed SiloStay in Little River. Looks like fun. 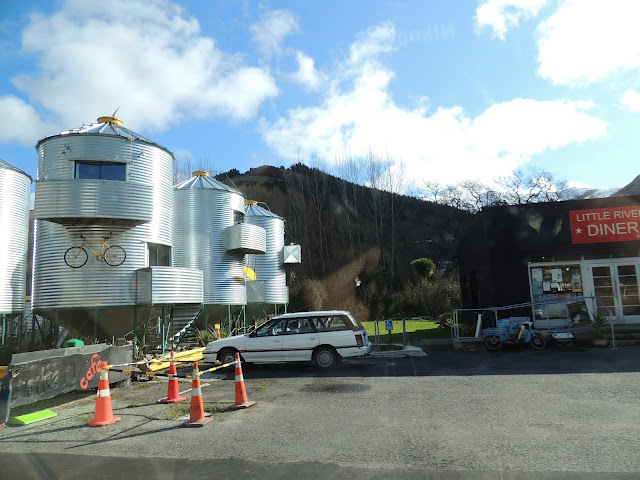 Soon we'll be right in those mountains. The road is swiftly pulling us (and the caravan) higher. 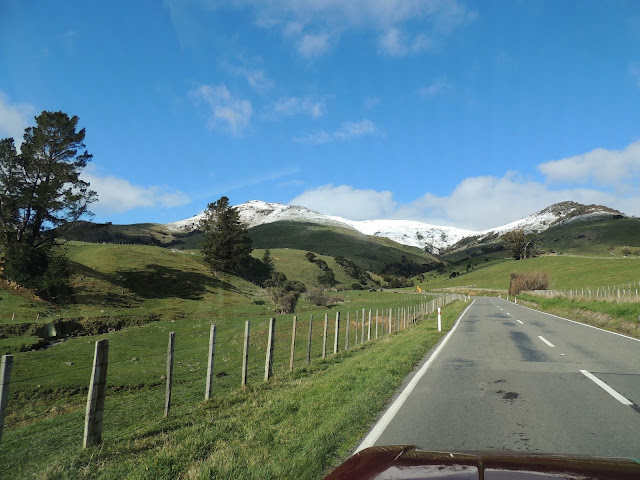 With no guard rails.

A first breathtaking glimpse over the mountain road. Akaroa is the only French settlement in NZ and has quite the history. 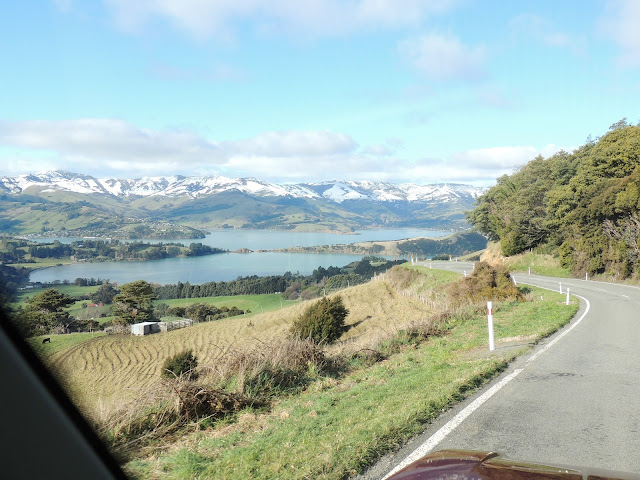 The road continues its relentless descent into the bays. Believe me when I tell you we're in low gear. 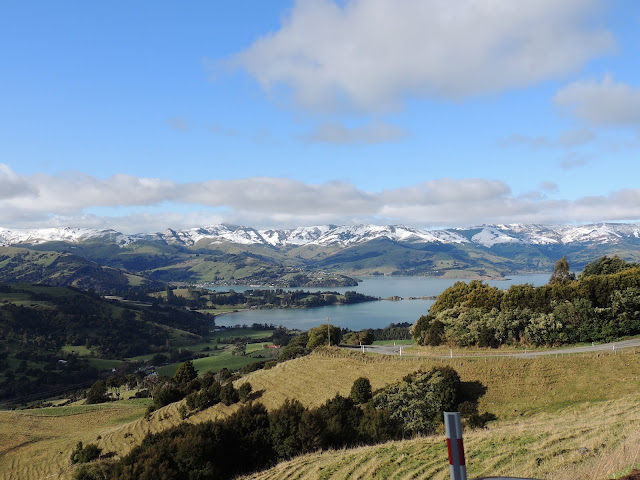 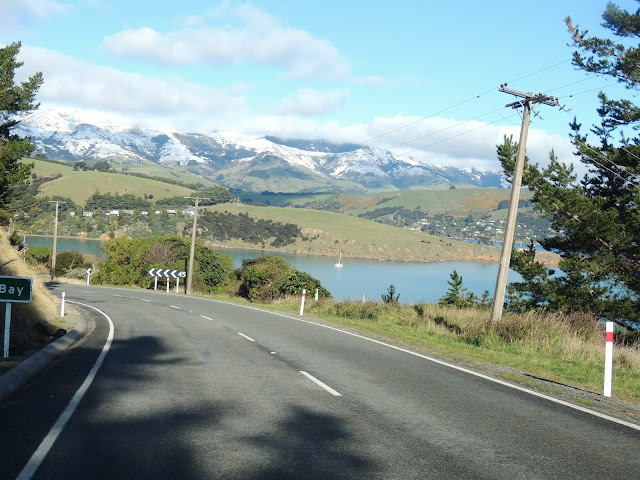 Driving in, the campground looks more than promising. (Oops, I neglected to mention that so entranced was I, chief navigator, with the views that we missed our turn and Art had to 180 the Rover and caravan on a small residential street.) 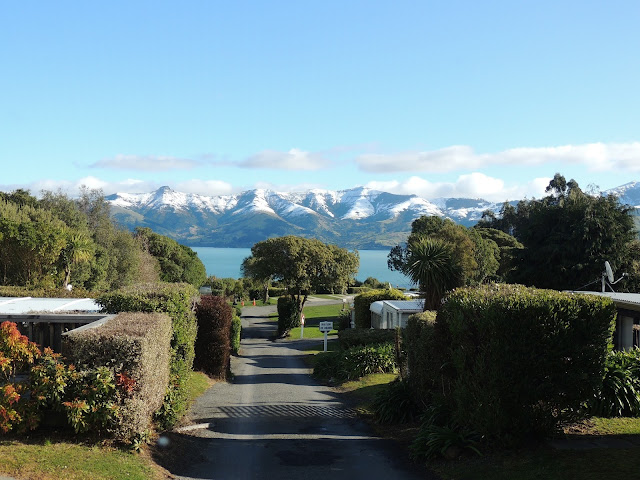 "Just pick any spot," the check-in woman told us, "it's not crowded." I should say not. See our caravan at left, overlooking Akaroa Bay? 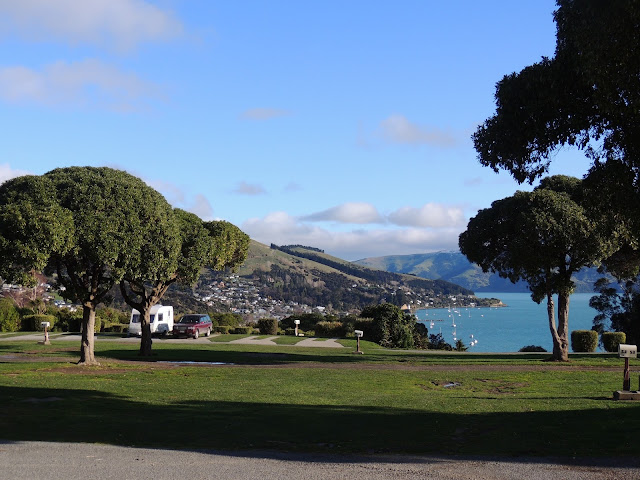 Art fills the water jug. Behind those shrubs is a path into town. 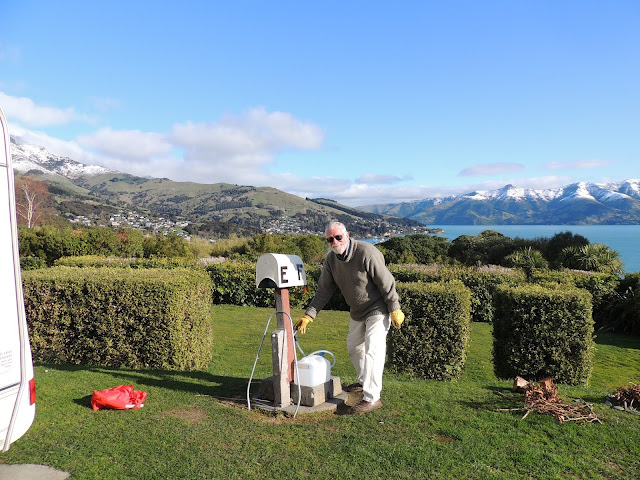 This is a very good campsite. 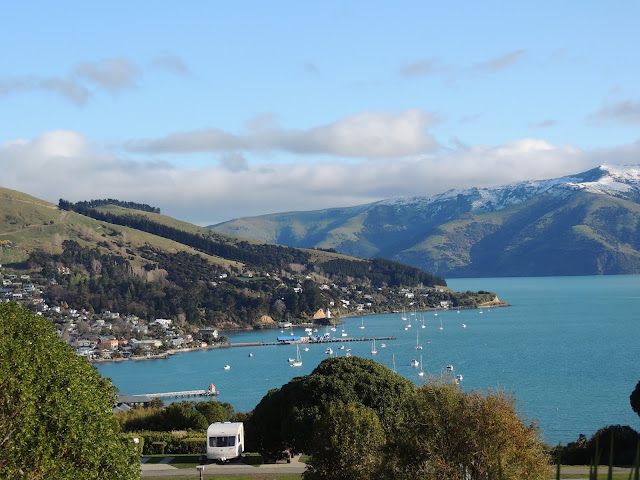 And not a bad view from the communal kitchen. Tomorrow we'll explore. 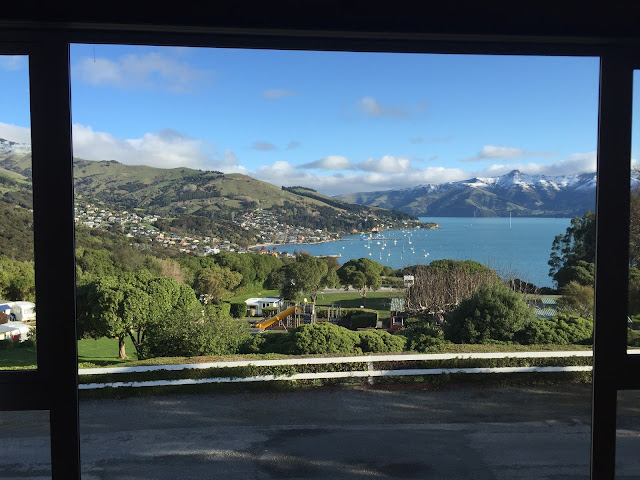