On the cusp of spring, Saturday we returned to one of the sunniest places we've visited: Kaiteriteri. We were here in May and came back because it's beautiful, yes, but also because it's just about halfway to Golden Bay, our ultimate destination. (Trouble viewing map click here.)

See the perfect arc of Golden Bay and Farewell Spit to the north? This is the very top of the South Island, the vast Kahurangi National Park making up the bulk of the land to the west. If you pull out on the map, you can see where the South and North islands meet.

This morning we drove out of the clouds and soon into a clear blue. 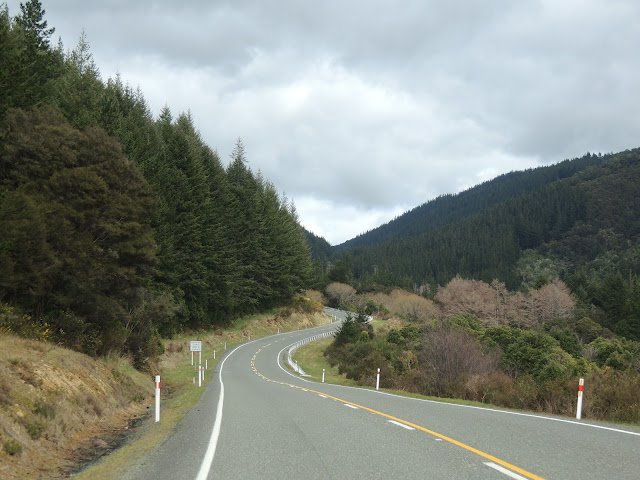 Towering, snow-covered peaks in the far distance. Have I written that sentence 50 times already? 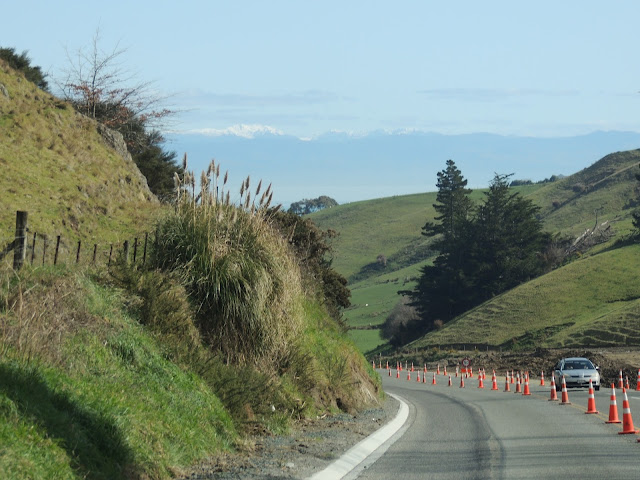 Approaching Nelson, population 46,000, which has a thriving arts culture. A bit of history:


Settlement of Nelson began about 700 years ago by Māori.[6] There is evidence the earliest settlements in New Zealand are around the Nelson-Marlborough regions. Established in 1841, it is the second-oldest settled city in New Zealand and the oldest in the South Island, and was proclaimed a city by royal charter in 1858. 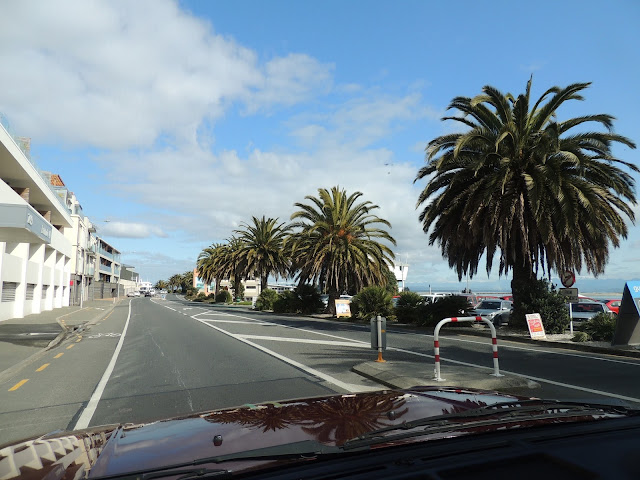 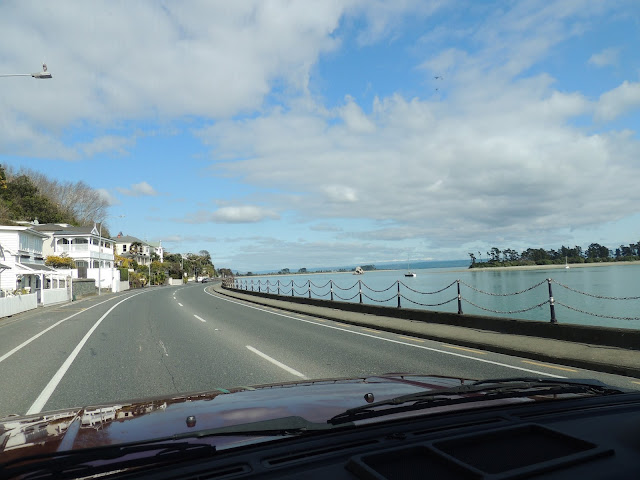 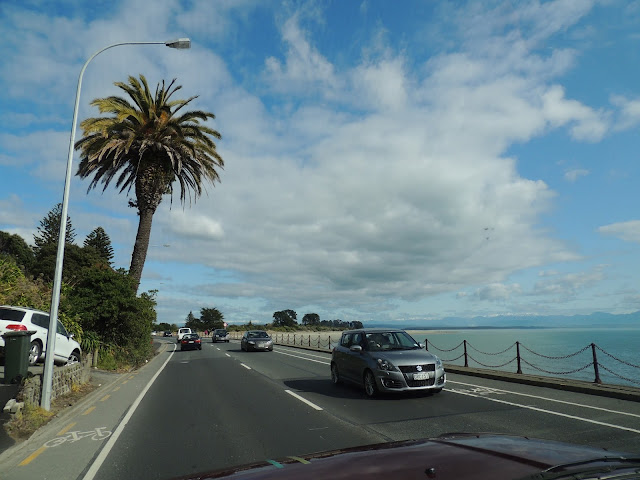 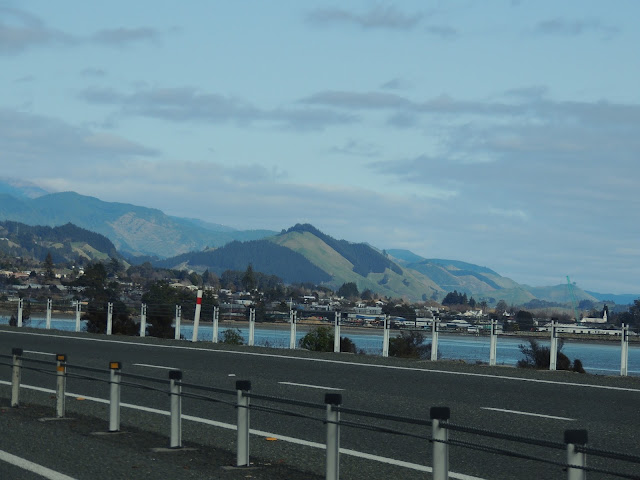 Heading north again, tender shoots remind us that in NZ the growing season starts in August. 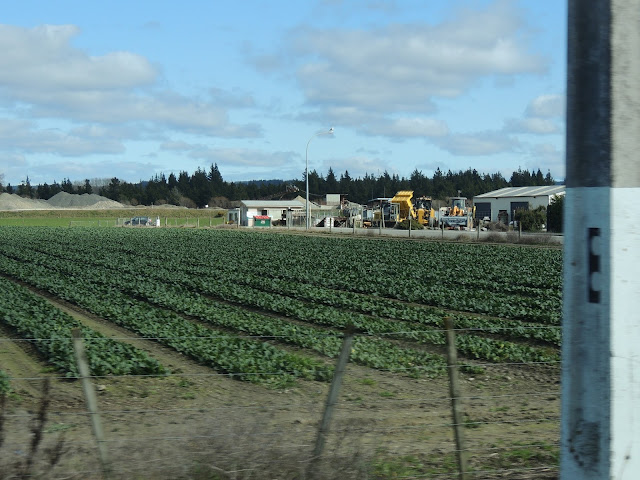 The landscape in this region has an almost storybook feel to it. 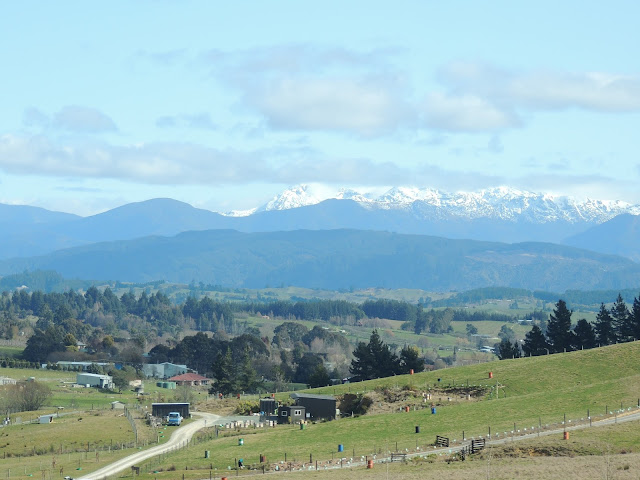 We look forward to a string of sunny days in Kaiteriteri before pushing on to Golden Bay. Then we'll make our way back down to Nelson, very near where we rented the caravan, return it (blub), and try to spend at least a couple weeks on the North Island. Short shrift there, but reason to return another time. 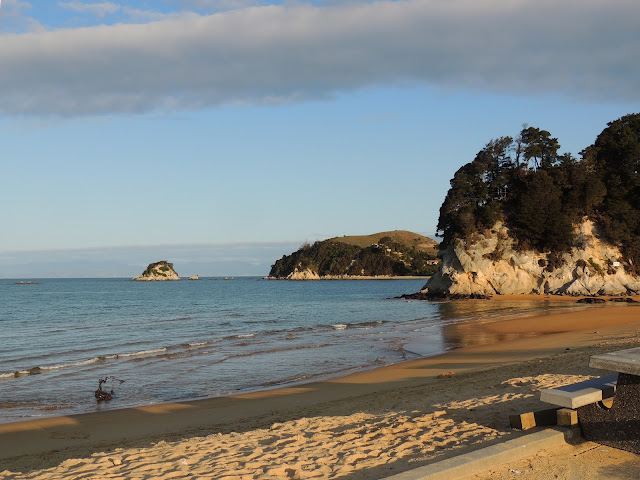 For the present, this will do nicely. 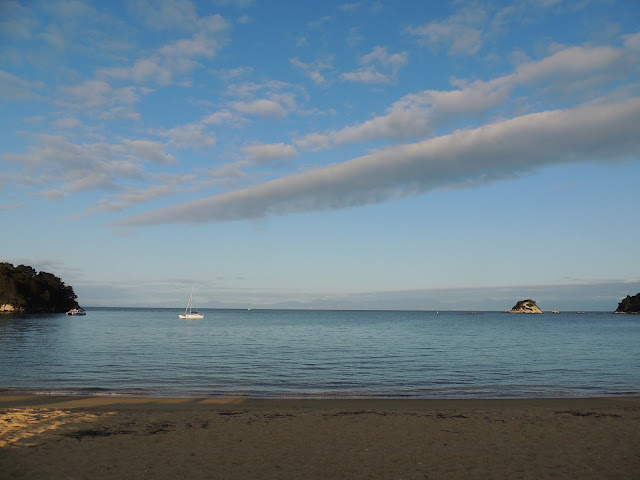