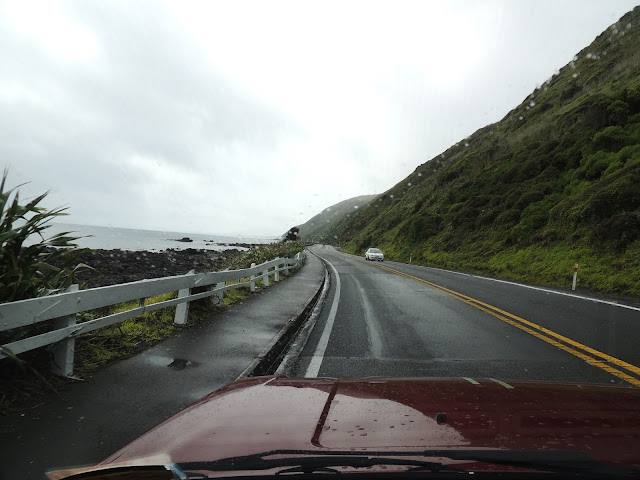 Is that a big round of applause I hear? Thank you, campers. With a fixed-up Rover, Thursday morning we happily drove north and made up for a little lost time, logging six+ hours to arrive on the shores of Lake Taupo. Here's our route (trouble viewing click here).

We traveled just about 200 miles, but in NZ you can't gauge time via mileage, since there are very few interstate-like roads. Today's route took us through lots of small towns, roundabouts, and traffic before opening up to steady driving. We also stopped for a bowl of soup and a flat white, in a cafe that popped up in the middle of nowhere.

This morning Art awoke to check his clock since one of the Rover service guys took our car home last night to ensure everything worked well and said he'd call by about 8 am when he got in. Still groggy when I heard coffee-making going on in the kitchen (very unusual since when I'm awake, I'm wide awake), I was about to ask Art what time it was when, face-down and half asleep, it felt like the bed was moving. "Is that you moving?" I called out, stuck in a caravan time-warp, apparently, since caravans almost always move slightly when people do. 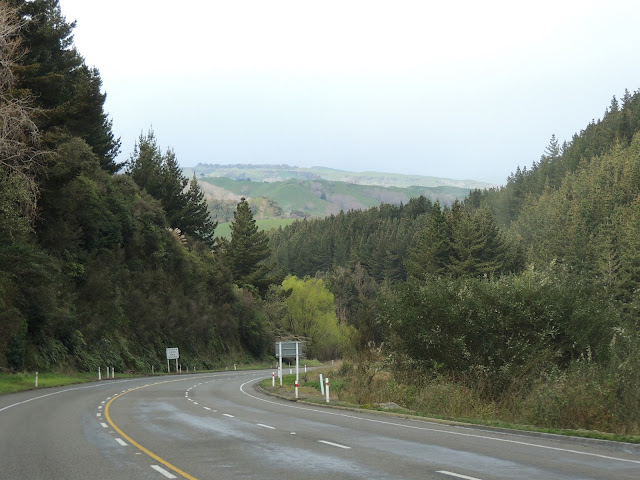 What? says Art. It feels like the bed is moving, I say. Suddenly, I remember we're in NZ and try desperately to remember the layout and evacuation plan for the place we're staying (we checked into and out of two hotels three times in Wellington) and what floor we're on, not to mention where my clothes are. Then it stops. I'm still sleepy and when I finally check the clock I figure out why. It's not even 7, not an unheard-of hour to be up, but I read late last night. Chagrined, Art tells me he thought it was close to 8. 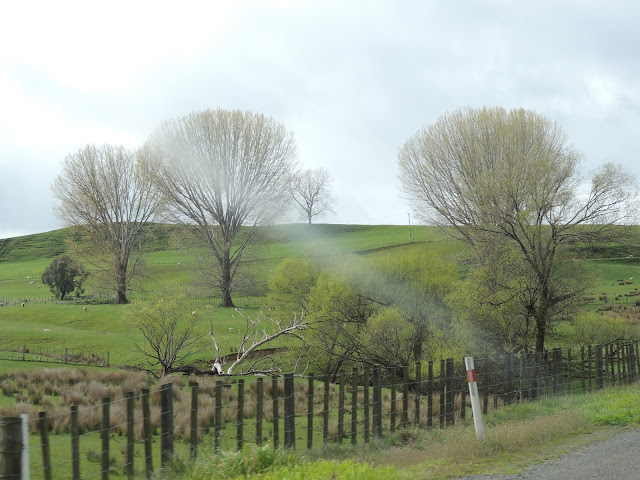 Early start to the day, then. And when I checked in with the NZ Herald, I saw a squib about this:
An earthquake measuring 5.1, centred in the Bay of Plenty, has been felt across a wide area but not near where it occurred. The quake, at 6.47am on Thursday, was centred 25km southeast of Rotorua at a depth of 167km, GeoNet says...A worker at Rotorua airport said they felt nothing there but people further away, particularly in the lower and eastern parts of the North Island (Ed note: including Wellington), lodged more than 2500 felt reports with GeoNet.

It was alternately rainy, sunny, dark, and cloudy for today's drive. This last photo shows an unusual sort of savanna/grassland we haven't seen before. I've been experiencing a bit of nature deficit disorder since leaving the South Island.

Tonight we ate spinach, mushrooms, and carrots with chicken-ginger sausages from the Wellington farmers market and thought about where we'll go tomorrow. We're within four hours of Auckland, from where our flight departs at midnight Tuesday. It's possible we can make a run for the coast, two hours away, and have a few quiet days before then. 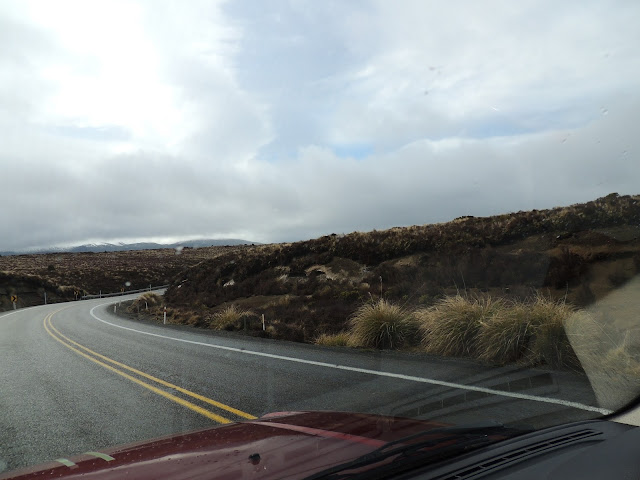