Eleanor Catton: The land of the long white cloud 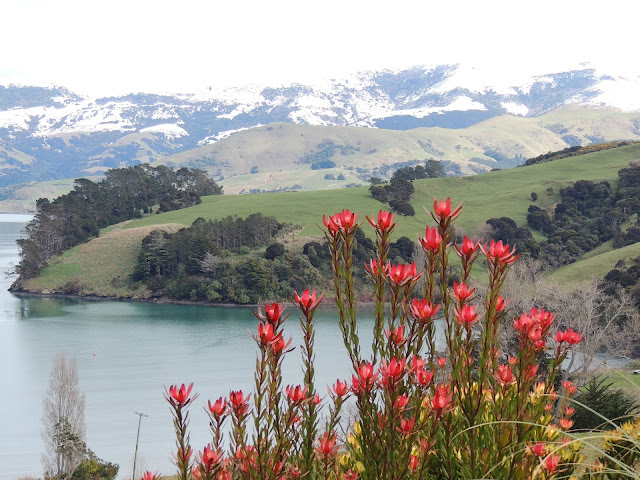 Canadian-born author Eleanor Catton (2013 Man Booker prize winner for The Luminaries) grew up in NZ. She wrote a piece for the Guardian--a love letter, really--elegantly describing the country that has so warmly embraced us these past six months. Read the entire piece here. The excerpted prose below is hers alone. The photos are ours, one snap for every thousand memories.

(For Catton's quite different take on NZ government--Cattongate--and the attendant response, click here.) 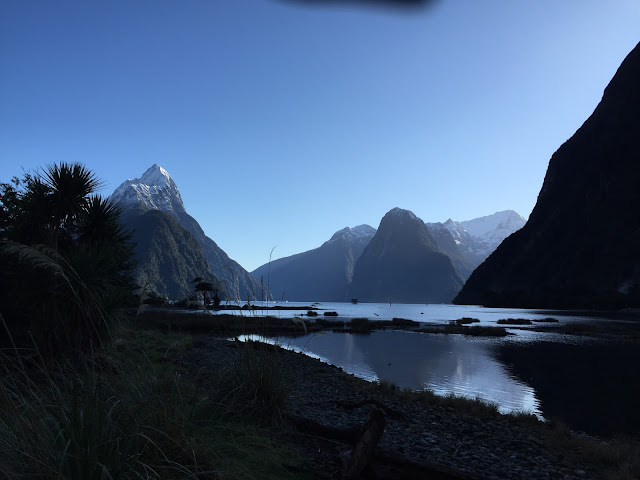 The South is the more visually stunning, but the North is the more populous and cultivated: this is a contrast that recalls each island's proper name. The North Island is Te Ika A Maui, "the fish of Maui" (recounting the mythic tale of New Zealand's creation) where the South is Te Wai Pounamu, "the waters of greenstone" (describing the glassy stone, prized by Maori, that is found in the swift rivers and along the savage misted beaches of the lonely south). New Zealand national identity lies somewhere between these emphases, North and South: as a bicultural nation, it must identify both as "the place of this people" and as "the people of this place". 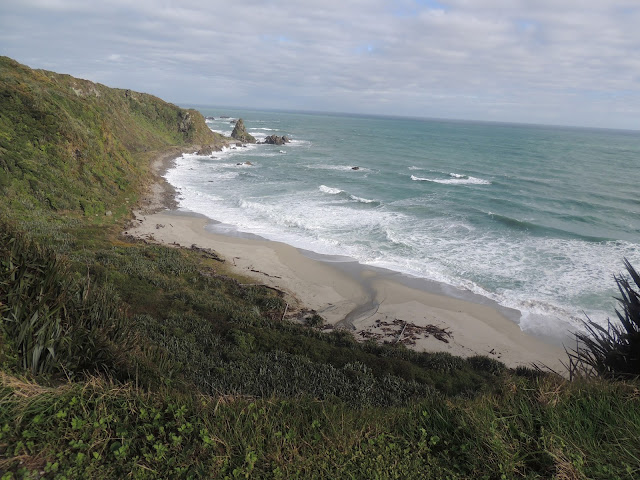 In Maori the country's full name, Aotearoa, is a lovely kind of oxymoron: it translates as "the land of the long white cloud", as if clouds were properties of the earth, or served in some strange way to invoke it. 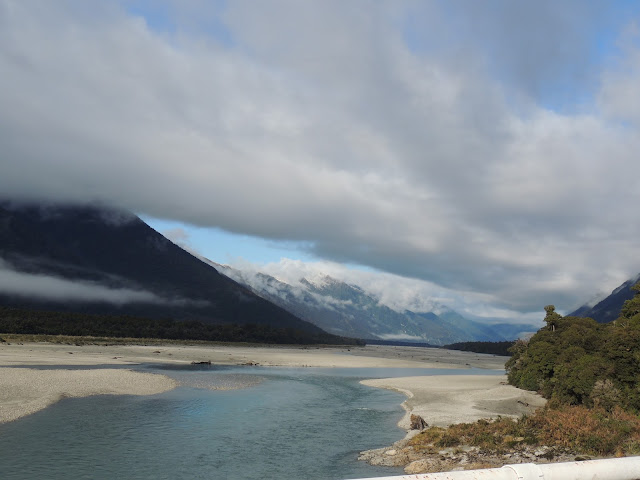 To experience sublime natural beauty is to confront the total inadequacy of language to describe what you see. Words cannot convey the scale of a view that is so stunning it is felt. In such moments natural beauty becomes a kind of devastation – it is pure encounter, too compressed in time and space to be properly contained. I do not feel the sublime when I look at a city, however impressive it might be in proportion and shadow, for the reason that a city is designed, in its substance it has been formally determined, and it has been named already by the fact of its creation. Words are adequate. 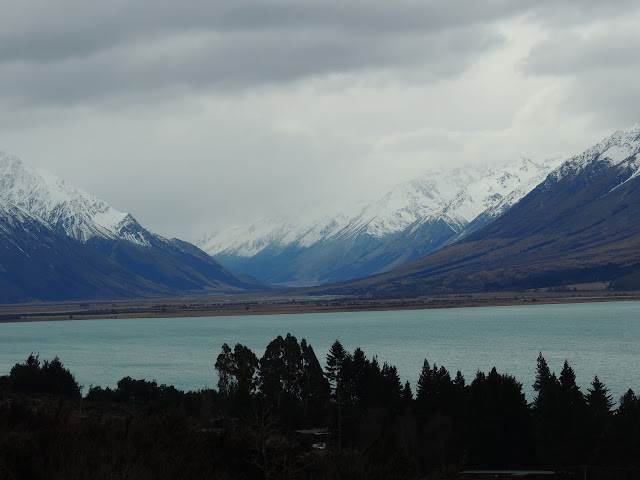 I have never been moved to tears by a skyline, or a building, or a painted arch, but the sudden apparition of a peak from behind a sheet of mist is enough, now, to make me cry. 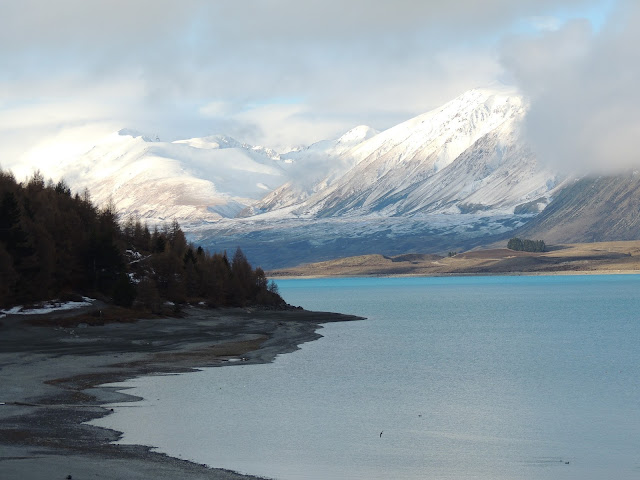 It is curious to me how often we tend to describe the perfection and drama of the natural world, its sublime qualities, in metaphors of fakery or artificiality: "like a postcard", "like a painting", or latterly in New Zealand, "like a scene from The Lord of the Rings". The impulse, I think, comes from a wish to apologise for the limited capacity of the "real" world. To grow up is to confront the disappointments of language, in a way, and to suffer the divorce between what we experience and what we imagine to be real.
Blue Gorge near Hokitika 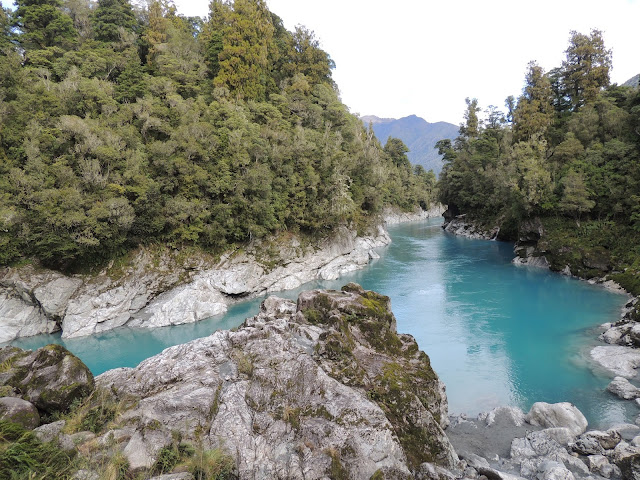 Travel brochures try to capture the quality of New Zealand's panoramas with adjectives – "pristine", "untouched", "majestic". But the words seem cheap and insubstantial, however accurate they may be, in the face of the real thing. 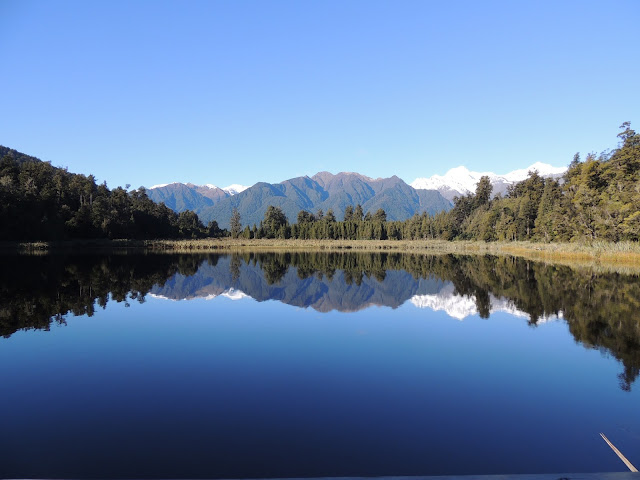 The language of description is always a matter of equivalence (a word equals the thing it describes) and so cannot contend with the sublime. But the language of paradox, oxymoron and subtle contradiction – the language of children – does better. 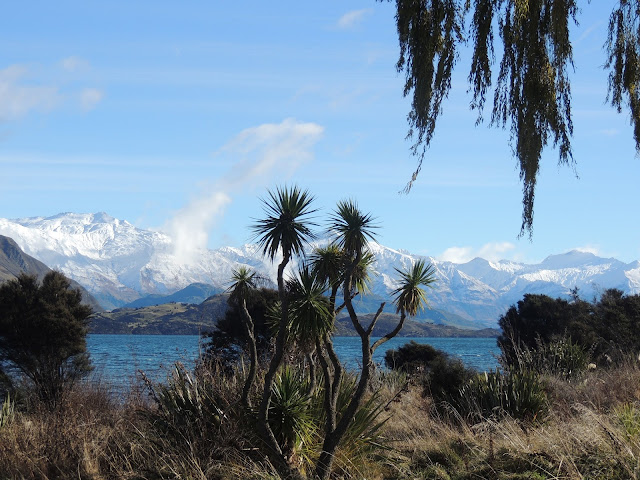 Aotearoa is a land made perfect only by its opposites, the water and the air. It is both north and south at once. It is a land that casts its shadow on the clouds. 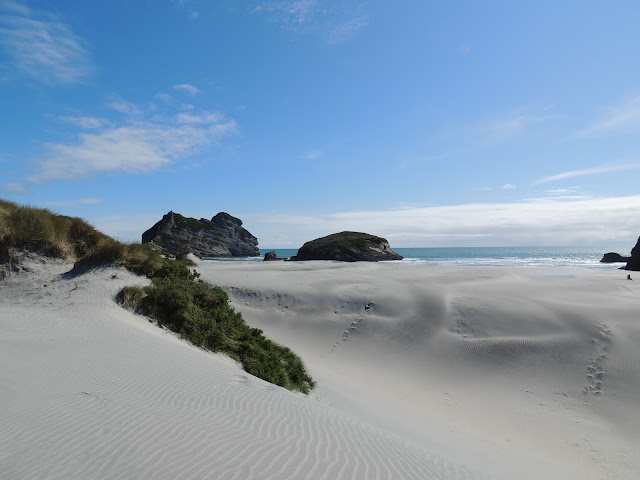