How do you feel about leaving NZ, Pippi? 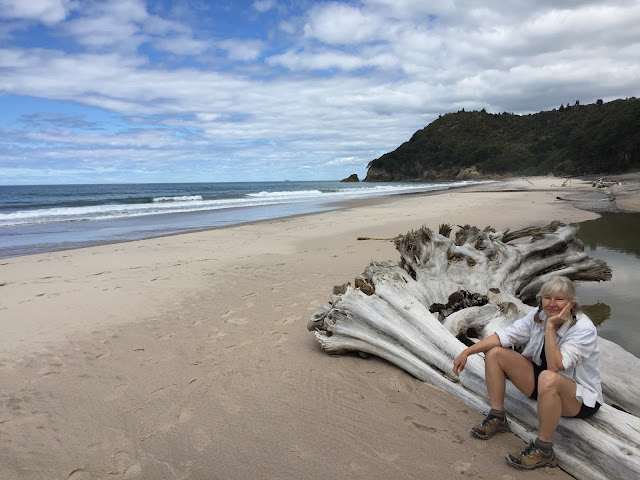 This post ends with a coffee at the Flat White Cafe, right on Waihi Beach. If ever there were a signal we're in the right place (!). But first a hike straight up, over, and down into Orokawa Bay, pure delight on a 70-degree sunny Saturday.

The tide was out this morning across the street from our motel, the Pacific gemlike. We had a little beach walk before driving a few kilometers north to the Orokawa Bay hike starting point. 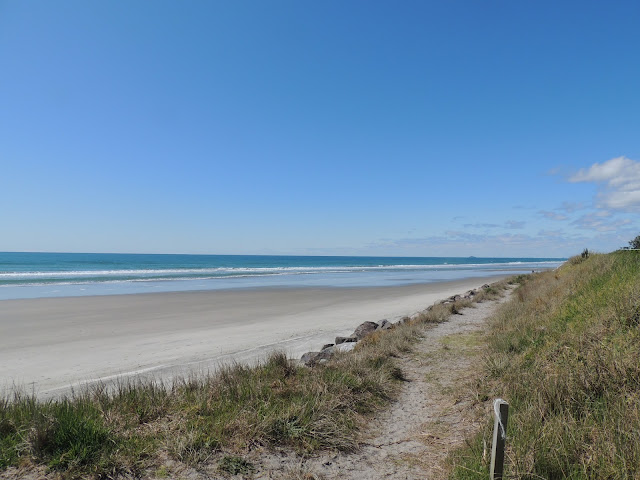 Art provides some serious scale for the start of the trail. 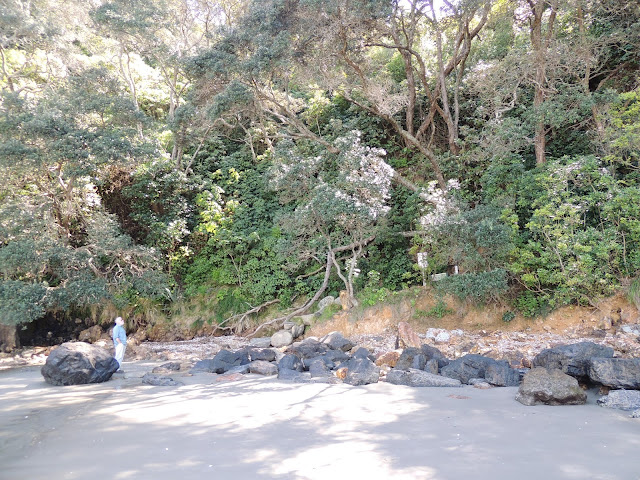 It wound up and around an enormous outcropping, the ocean turquoise glinting through the trees. 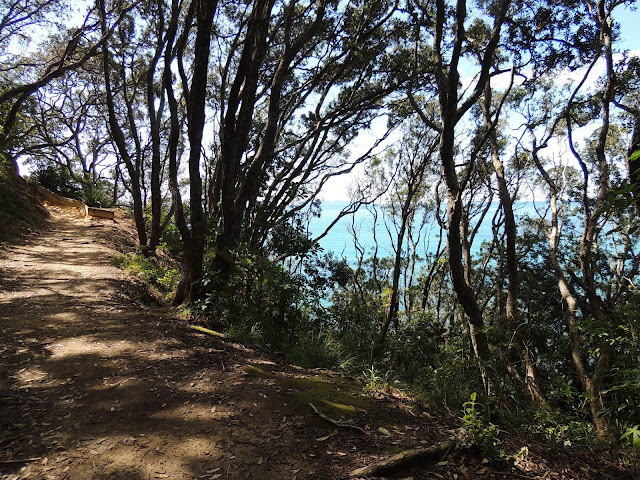 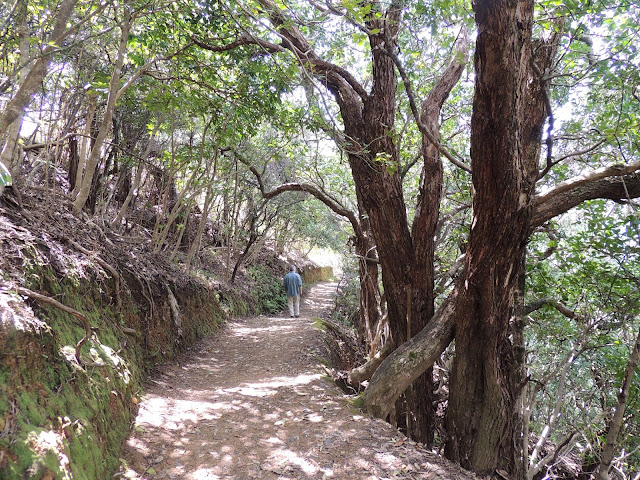 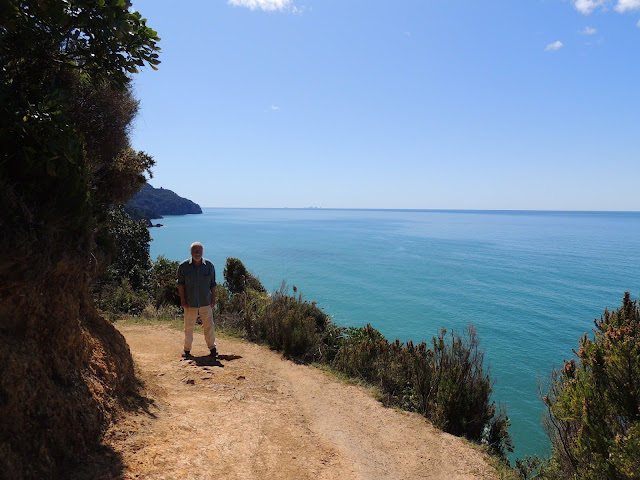 We met this kid coming the other way on the trail. "Are you walking all the way back in that innertube?" I asked. "Yep," he said. Let it also be noted that lots of people said "g'day." 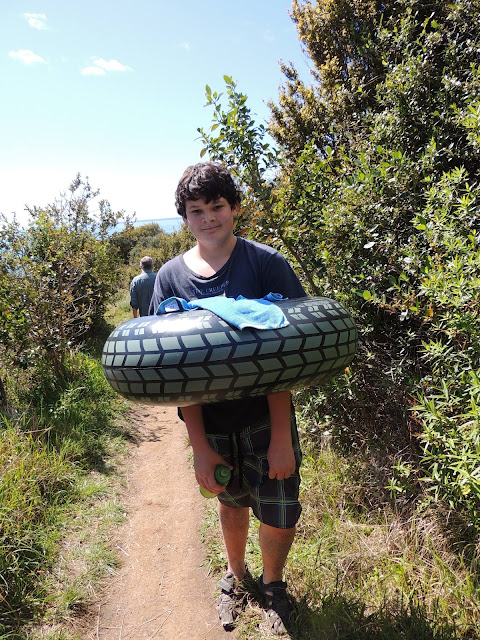 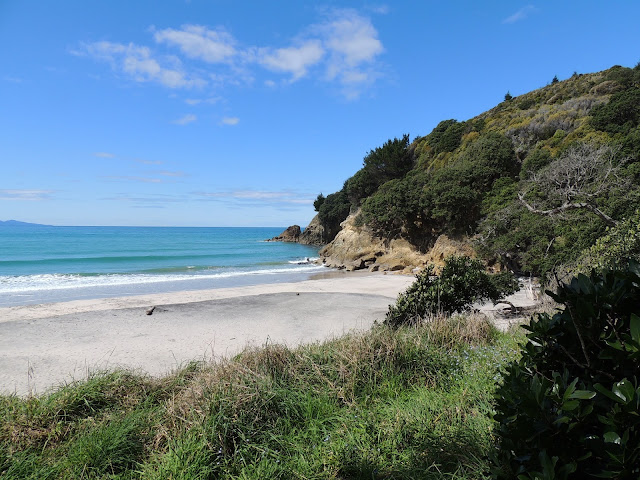 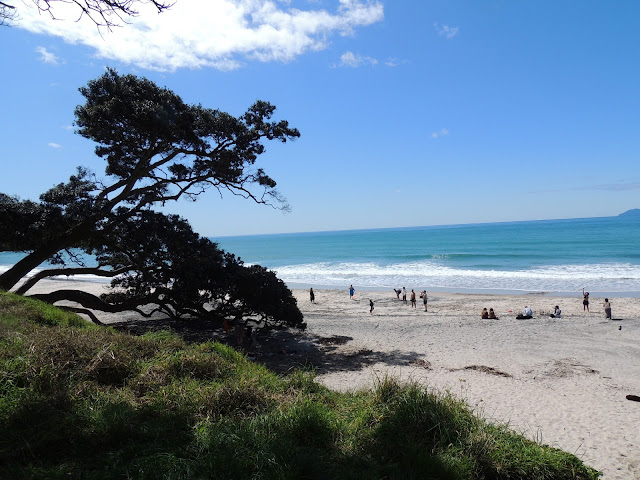 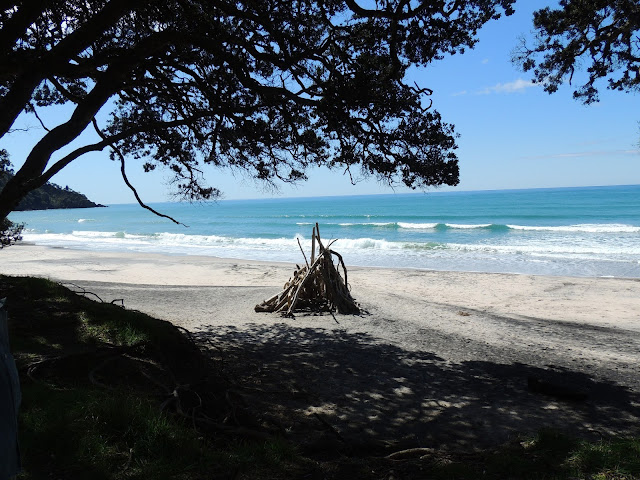 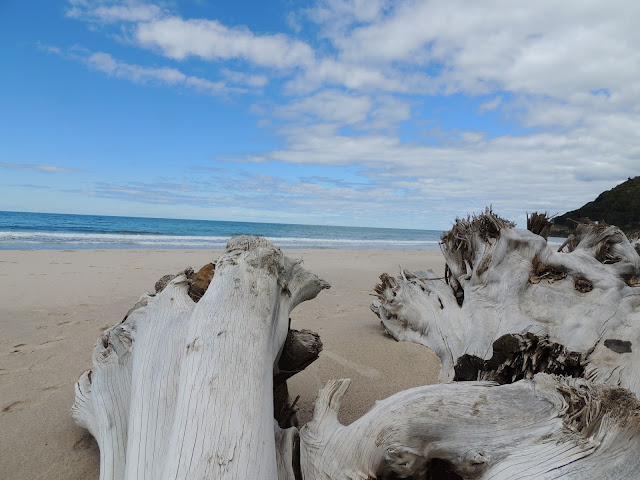 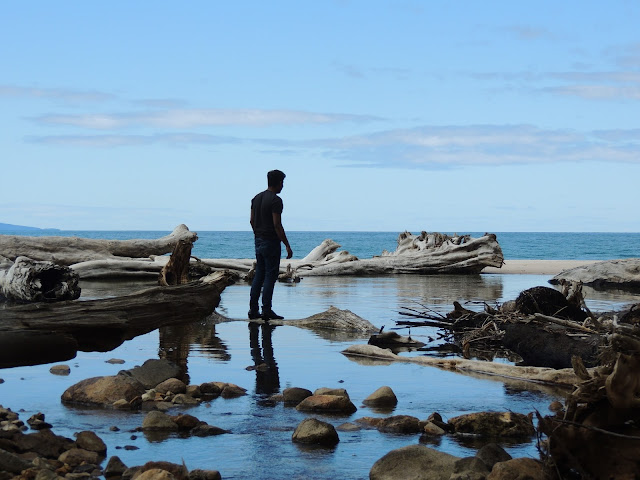 Motel proprietor Steve recommended the hike and the Flat White Cafe. He's one of those chipper guys who wants everyone around him to be happy too. Steve arrived in NZ from London 30 years ago on a one-year rugby contract (and stayed, obviously). He's wild about this area and we understand why. Waihi Beach is a quiet little community with some of the sunniest weather in NZ and a fantastic beach.

We walked from the hike's end across the carpark and right up to Flat White Cafe.


A little wave action on top? 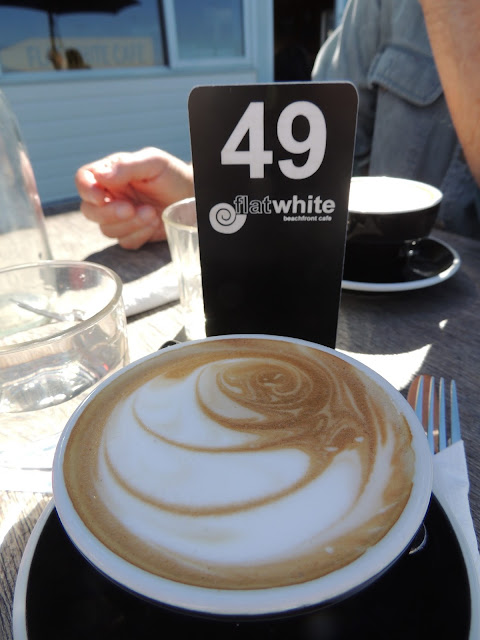 Another splendid NZ cafe, situated right on the beach. We soaked up the sun like a couple of tuatara. 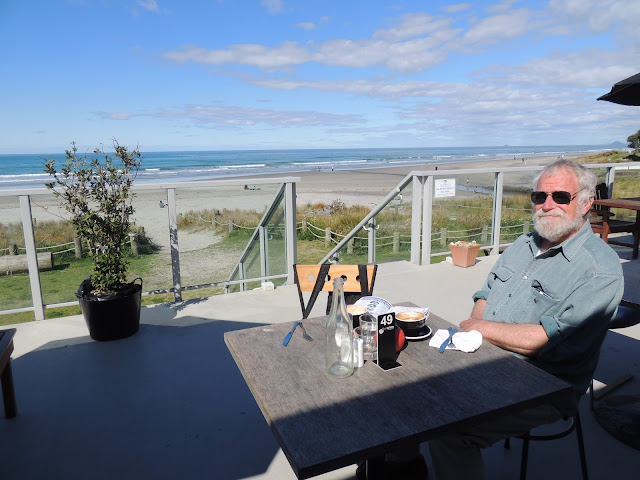 Tuatara are reptiles endemic to New Zealand and which, although resembling most lizards, are part of a distinct lineage, the order Rhynchocephalia.[2] The two species of tuatara are the only surviving members of their order, which flourished around 200 million years ago.


The tuatara has a third eye on the top of its head called the parietal eye. It has its own lens, cornea, retina with rod-like structures, and degenerated nerve connection to the brain, suggesting it evolved from a real eye. The parietal eye is only visible in hatchlings, which have a translucent patch at the top centre of the skull. After four to six months, it becomes covered with opaque scales and pigment.[16] Its purpose is unknown, but it may be useful in absorbing ultraviolet rays to produce vitamin D,[10] as well as to determine light/dark cycles, and help with thermoregulation.[16] 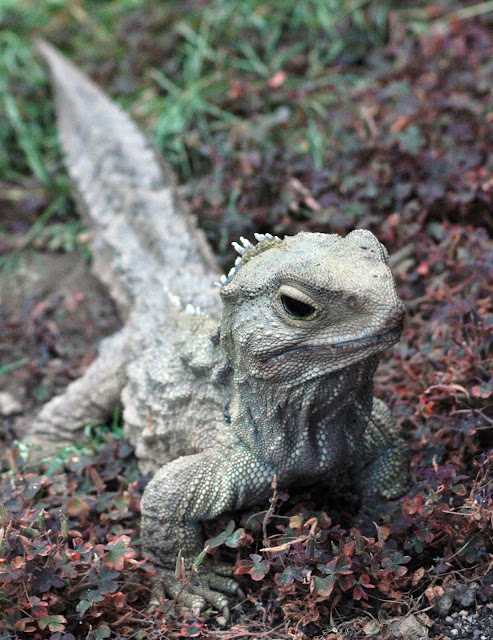