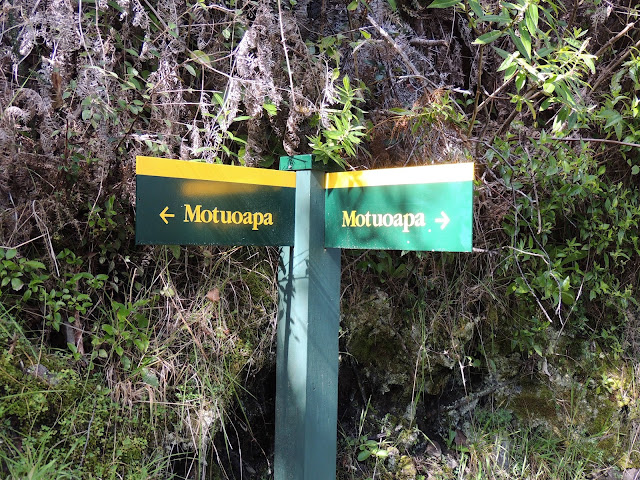 Good morning from Lake Taupo...
The lake lies in the caldera of the Taupo Volcano. With a surface area of 616 square kilometres (238 sq mi), it is the largest lake by surface area in New Zealand, 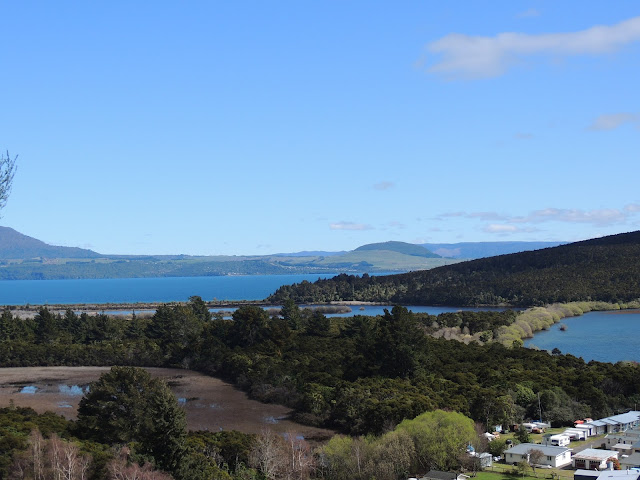 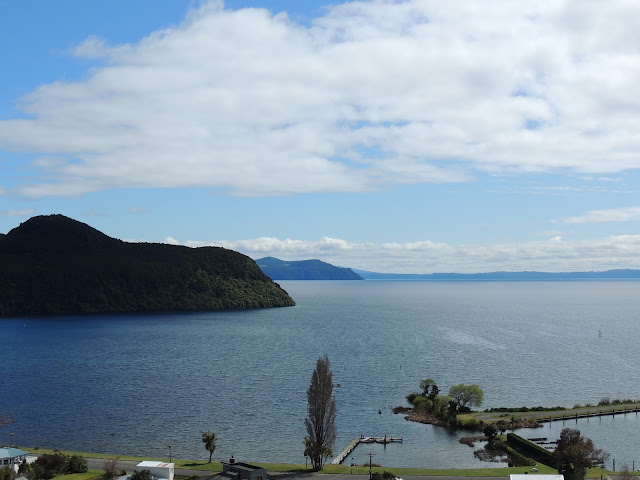 We took a vigorous brief hike up a path to see the lake before leaving, destination Waihi Beach on the Bay of Plenty. Pull out on the map a couple clicks (trouble viewing click here) and you'll see this location puts us within a couple of hours of Auckland and Tuesday's flight.

The landscape was largely agricultural, shifting to gently sloping hills nearer the coast. 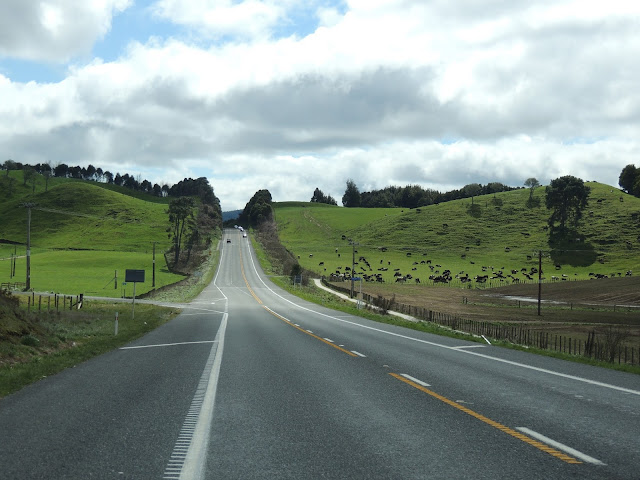 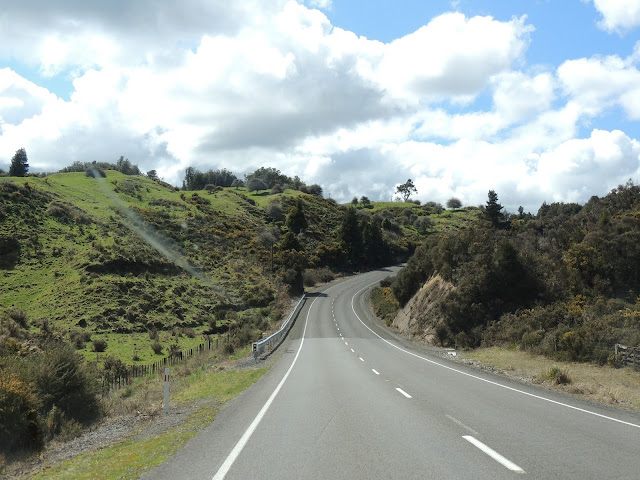 A roomy motel unit with kitchen just off quiet Waihi Beach is ideal for the next few days as we unload, sift, sort, use up, and re-pack the Rover with things to take home and camping gear to leave. I'm making a spicy stir fry with onions, garlic, and ginger for dinner, using up a nice big head of cabbage in the process. 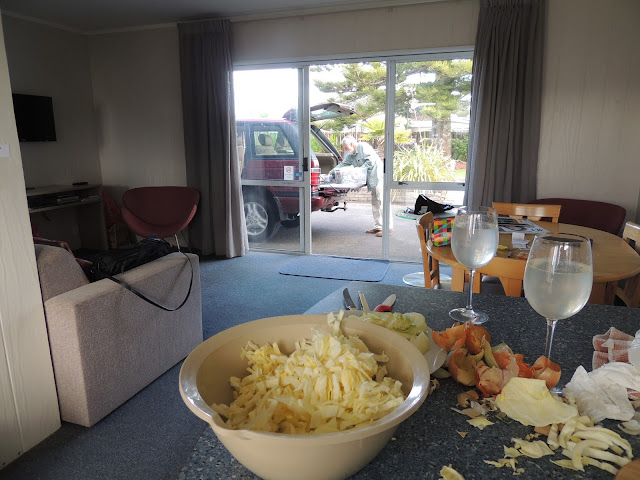 Sir Apirana Ngata (1874 – 1950) played a significant role in the revival of Maori people and culture during the early years of the twentieth century. He was the first Maori to graduate from a New Zealand university, and an elected Member of Parliament for 38 years.


On our Parliament tour, we learned Ngata was the longest-serving Maori MP 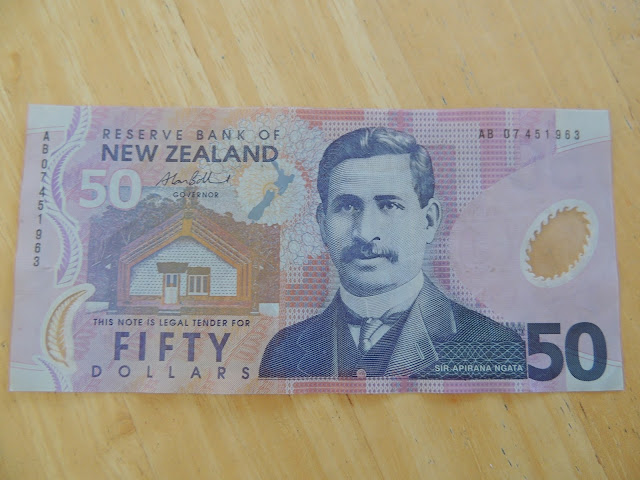 Snacks today include walnuts from a Golden Bay farm stand. They are flavorful and don't make your mouth feel furry the way some walnuts do. 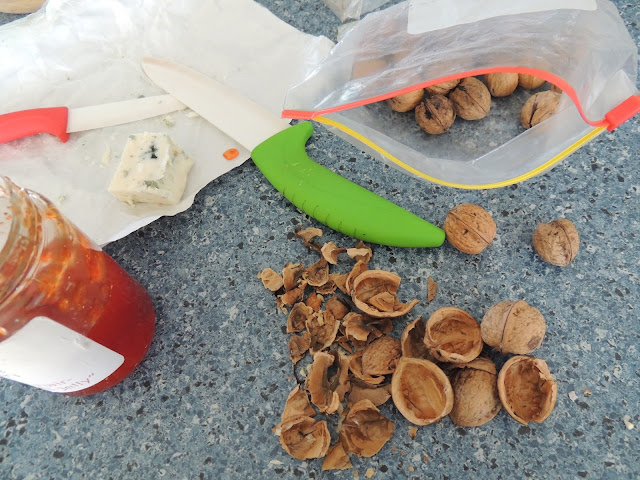 I'm in thrall to this book, The Chimes, by Aucklander Anna Smaill, longlisted for the 2015 Man Booker Prize. About a world with no memories where music is used to communicate. The first couple reviewers at the book's amazon page offer a good distillation of the effort some say the book requires as it begins. I found it simple to grasp the flow by just letting the melody of it wash over me. 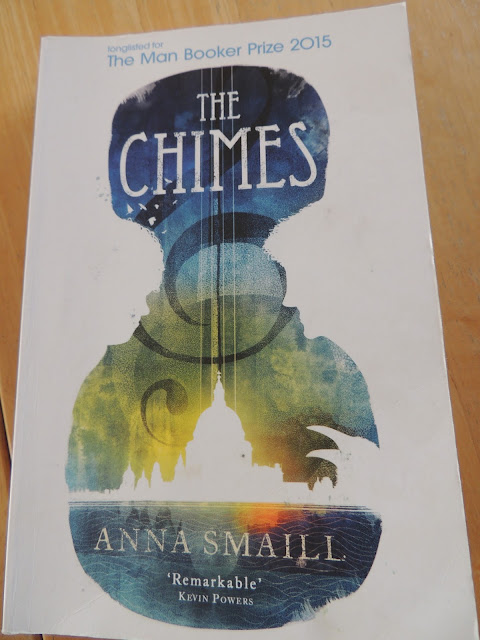 Waihi Beach, across the road from our motel, is just what the doctor ordered for road-weary travelers. 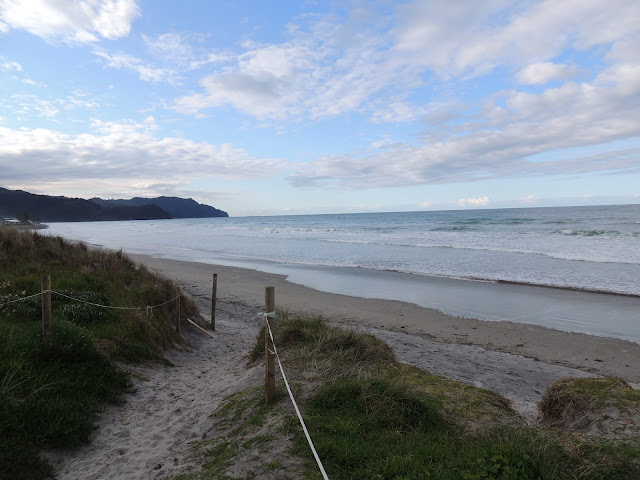 It's a popular surfing beach. 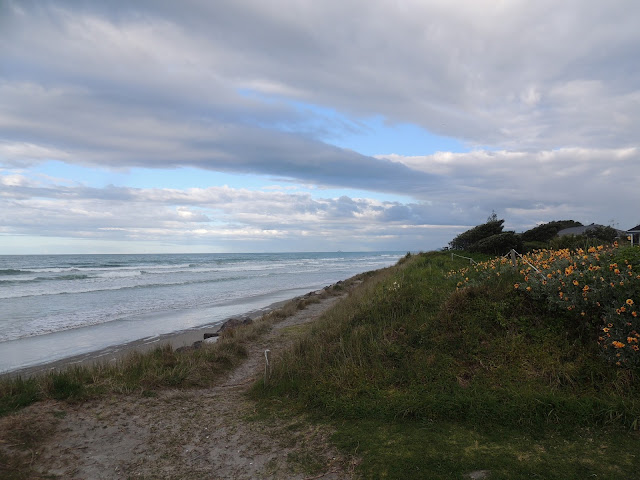 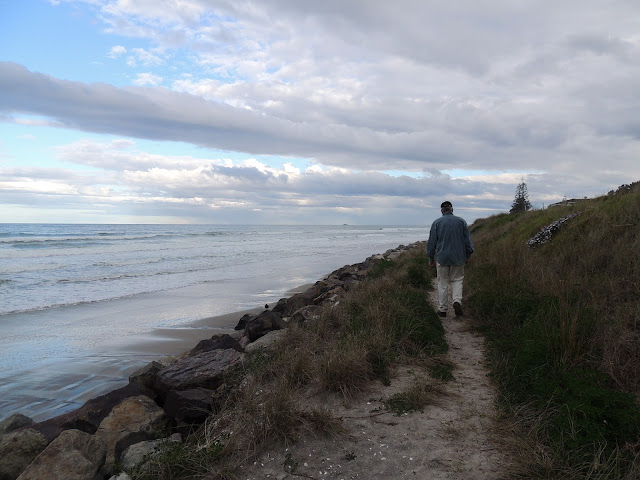