Wellington: Tour Of The Behive And Other NZ Parliament Buildings

Thursday we toured the four buildings that comprise NZ's Parliament: Parliament House, the Parliamentary Library, the Beehive (also known as Executive Wing), and Bowen House. Since we were scanned before we went in and had to leave phones, cameras, and anything else useful behind, I don't have interior visuals for you, but if you're interested check out the four buildings at this website. 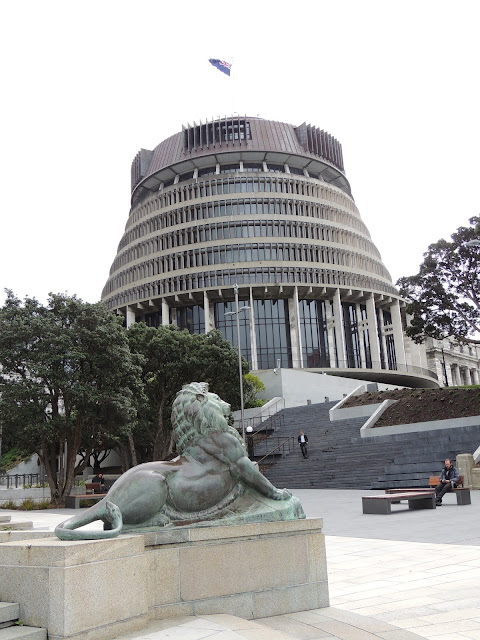 Our tour guide was affable and informative, and the interiors were often sumptuous. One of the most fascinating portions of the tour took place in the basement, where we learned about the earthquake-proofing technique called base isolation. A 1992-1995 refurbishment included separating Parliament House and the Parliamentary Library from their original foundations and placing the buildings on more than 400 rubber bearings. The purpose of this base isolation is to reduce the transfer of earthquake forces from the foundations to the buildings above.

Basically, the building itself becomes a stiff box sitting atop its horizontally flexible supports, which permit the buildings to move up to 300 mm (nearly 12 inches) side-to-side, and in order to permit sideways motion there first was constructed a sort of subterranean moat. Earthquakes are an ever-present issue here, even when the ground isn't moving.


View from the parliament buildings 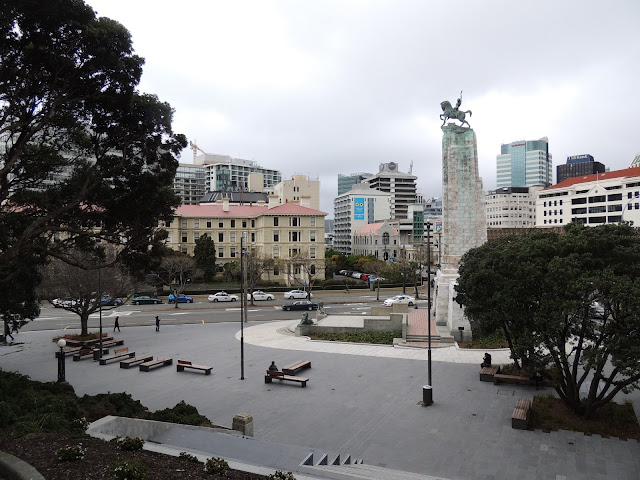 After the tour, we sat in the gallery of the NZ Parliament and watched people argue animatedly in front of the speaker, who wore a beautiful ermine collar. Then the Health Minister got thrown out for referring to someone who wasn’t present (maybe he wanted to go for a cocktail—I know I was ready).

For more on how the NZ parliament works, click here. 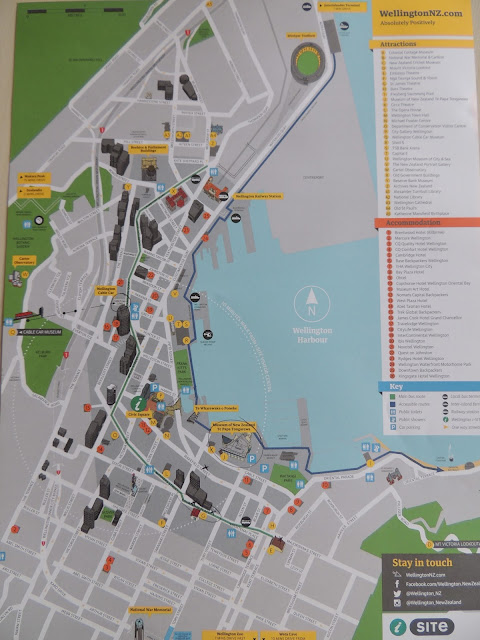 NZ recently banned the book Into The River. For shame.
The book is about a Maori boy sent to an elite school. It has passages of sex, swearing, bullying and drug-taking. The author, a teacher, says he based it on activities he had observed in schools. He was profoundly upset by the ban, and the hate mail he received afterwards. The book had won two major awards. 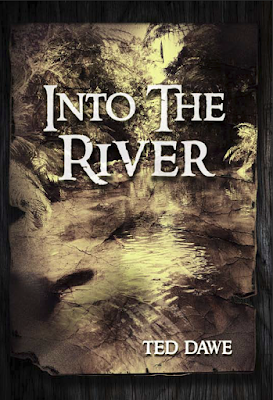 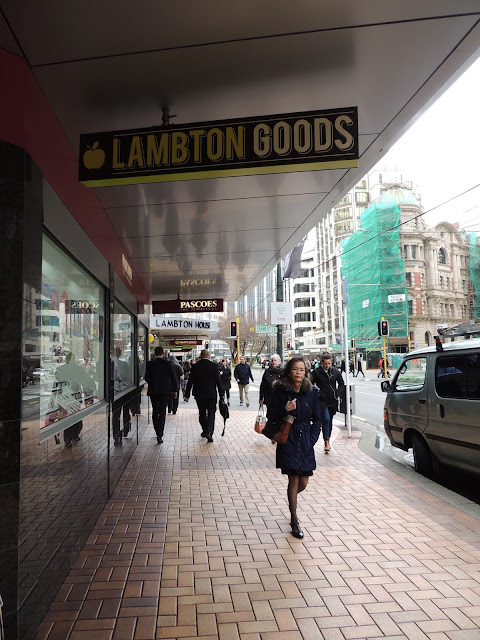 Old Government Buildings
On Lambton Quay, opposite Parliament Buildings, stands the largest wooden building in the southern hemisphere. With imposing facades, sweeping staircases, cast iron fireplaces and kauri clad interiors, the Government Buildings is an important part of New Zealand's architectural heritage. Like many colonial buildings of last century, it was built to resemble an Italian stone palace in an attempt to convey strength and stability in the expanding empire. 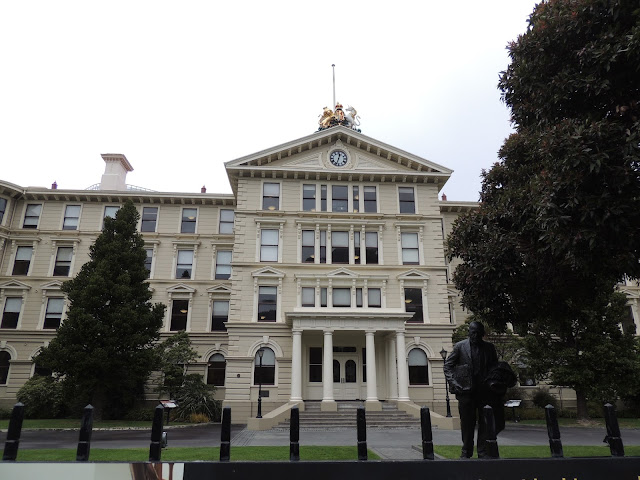 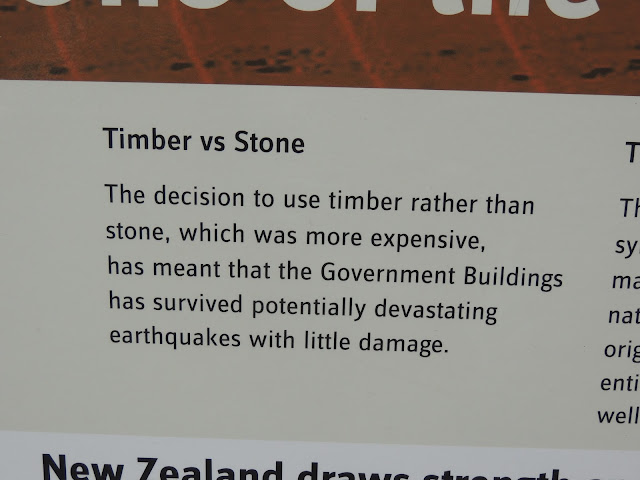 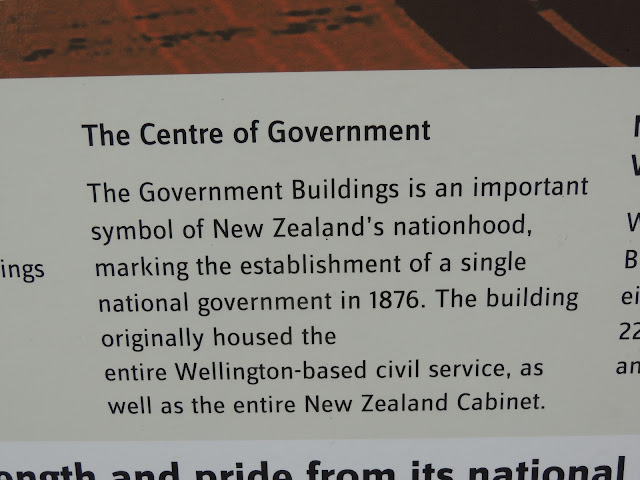 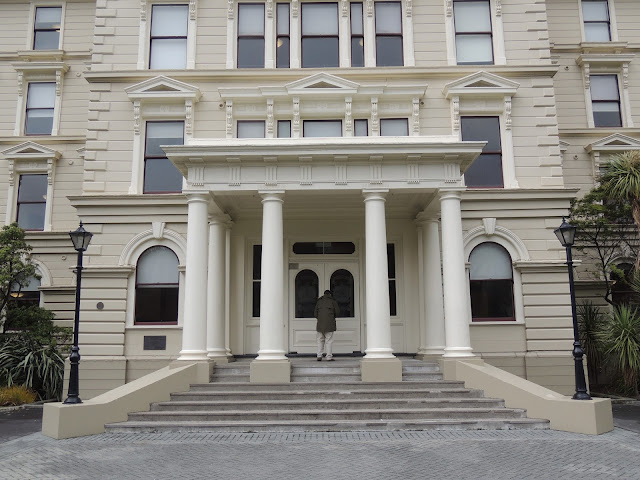 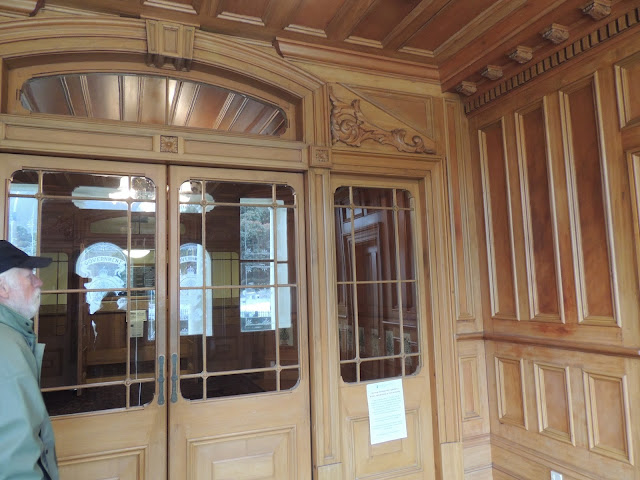 These guys are doing some earthquake-proofing inside. 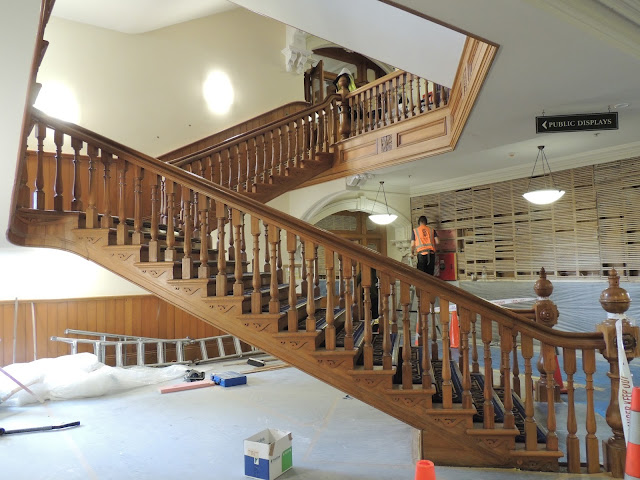 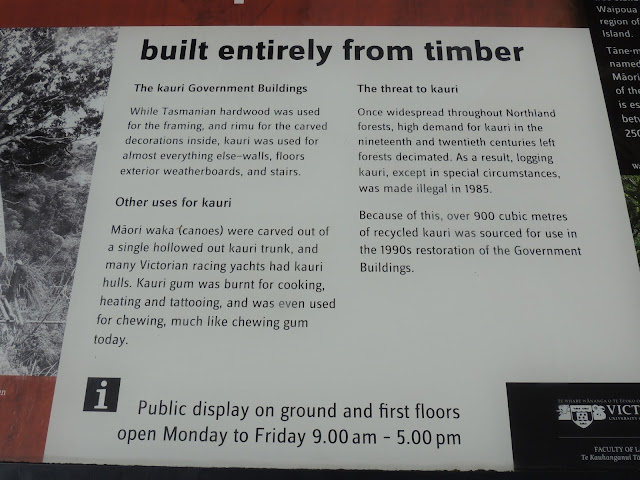 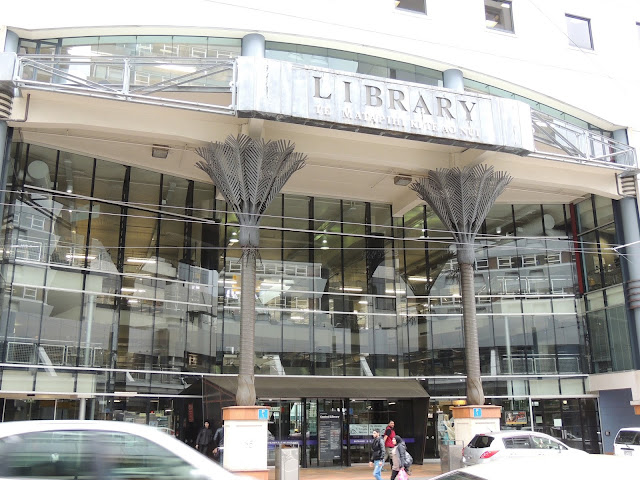 A dog named Kinsey whose guardians run our apartment-hotel. She looks just like our friend Daisy. 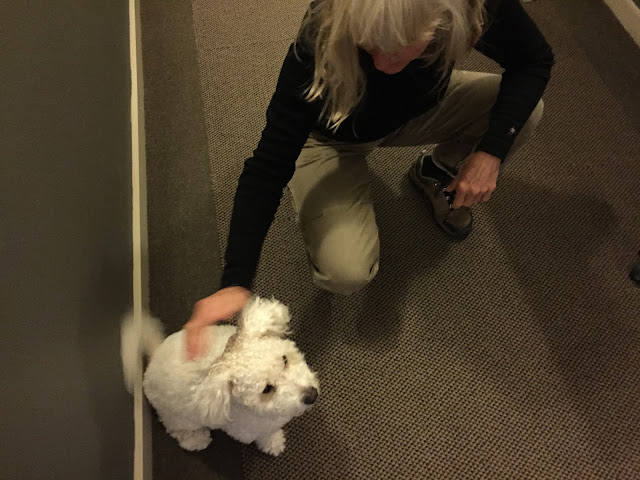 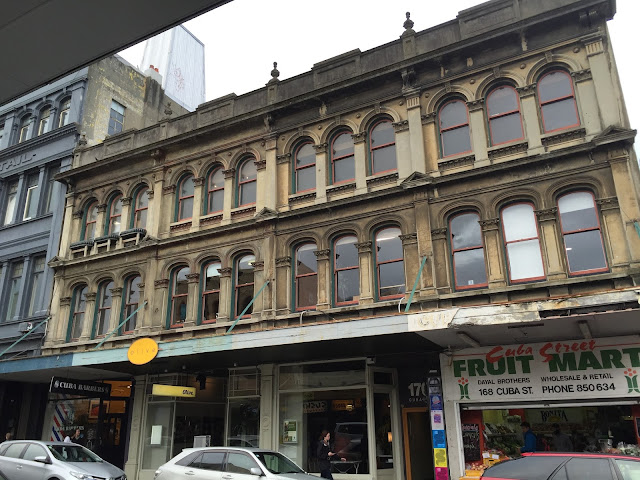 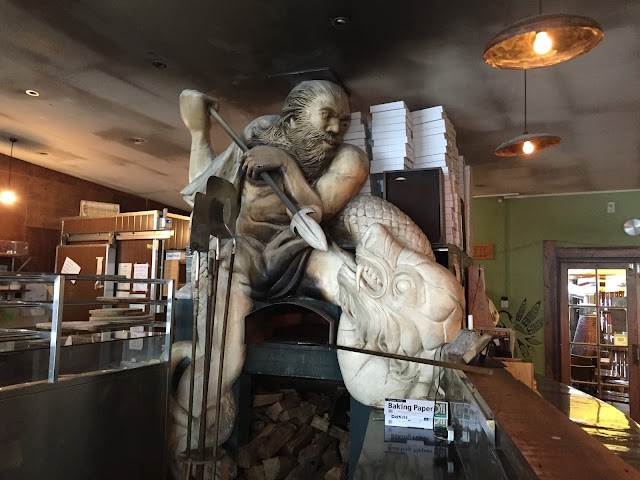 We finally headed back to our space via an organic grocery that had a basket of these outside. Ever heard of a cherimoya? Was Mark Twain right? We'll let you know tomorrow... 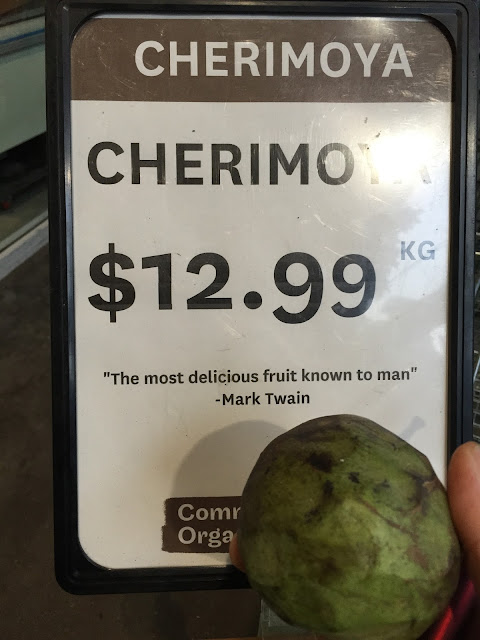