Ferry to Russell/Kororareka in the Bay of Islands

We took a quick ferry today to picturesque Russell/Kororareka. The internets are not complying tonight so I'm pasting in some history below from this link along with some pictures from our day. 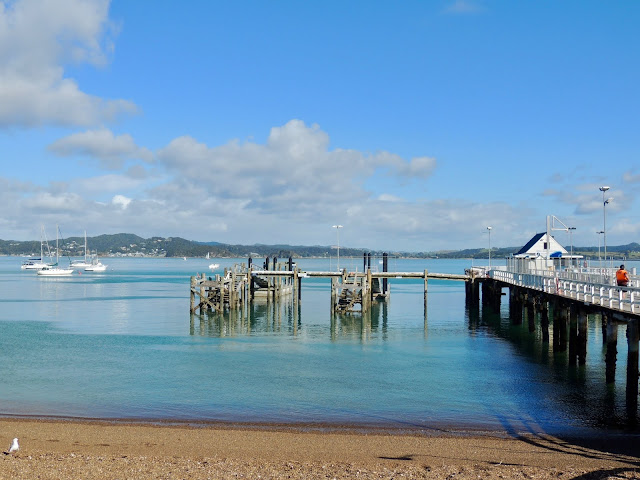 We visited the Russell Museum, whose brochure tells us this place has a varied past, from being named the hell hole of the Pacific during the time of the whaling fleets to the sword-fishing capital of the world, made famous by US author Zane Grey. 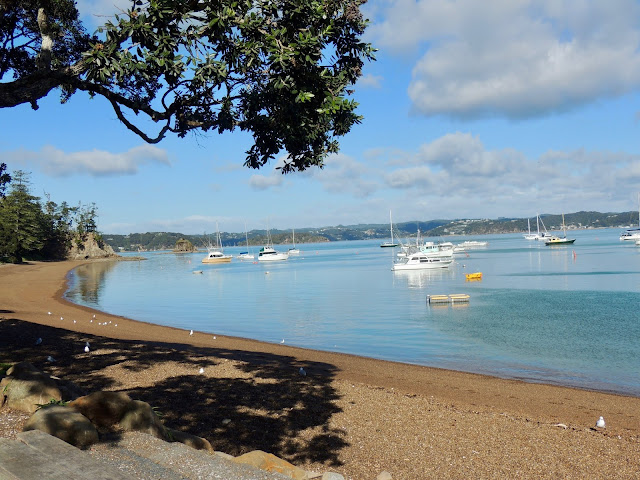 KORORĀREKA – WHAT’S IN A NAME? Legend has it that Kororāreka is named after a broth made from the little blue penguin which was given to a Maori chief wounded in battle. He was believed to have said “Ka reka te kororā – how sweet is penguin”, leading to the town’s name. Today, little blue penguins still come ashore after dark on the beach at Russell/Kororāreka to nest under the floorboards of waterfront buildings.
Tāmati Wāka Nene 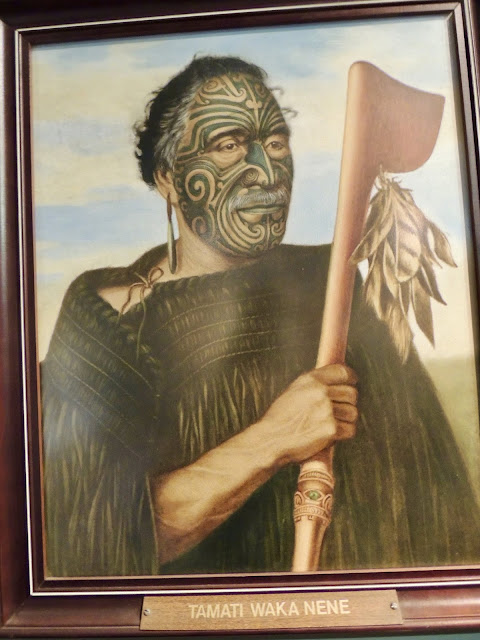 The Bay of Islands has always been desirable real estate. Long before Europeans arrived Māori had heavily settled its numerous bays, inlets and sheltering islands. With its mild, frost free climate it was a land of plenty: its waters and seashore were rich in kai-moana (fish and shellfish), the deep forests were larders of wild foods, the fertile soils supported large māra (gardens). 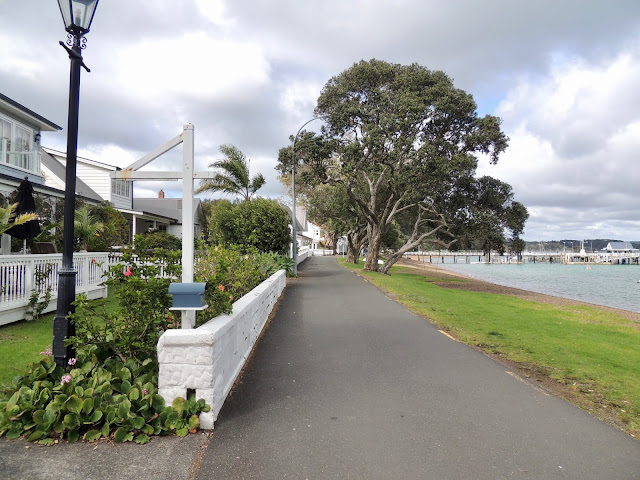 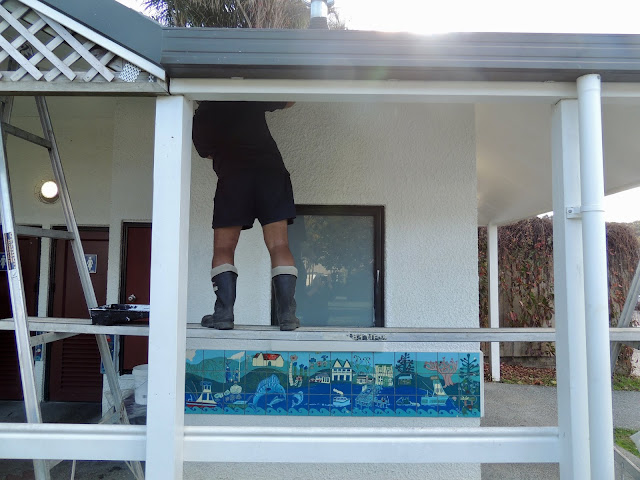 Early European explorers such as Britain’s James Cook (1769) and France’s Marion du Fresne (1772) remarked on how prosperous the area was. Cook, who anchored opposite the Russell Peninsula, wrote that the people were “far more numerous than at any other place we have yet been in”. He saw villages and kumara (sweet potato) gardens: “The place of the country appears green and pleasant” … the soil “pretty rich and proper for cultivation“. 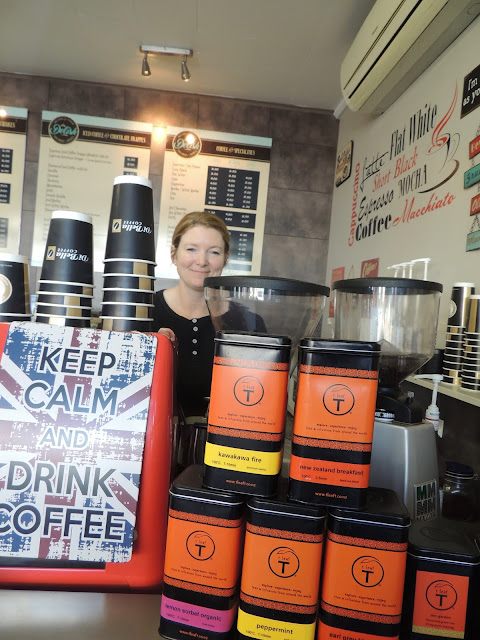 Māori first came to Aotearoa-New Zealand about 800 years ago migrating from the eastern pacific in great double-hulled voyaging waka (ocean going canoes). Māori throughout the country still trace their whakapapa (family trees) back to those first waka, and it’s from one of these canoes named Mataatua that people of the local Ngapuhi iwi (tribe) claim descent. 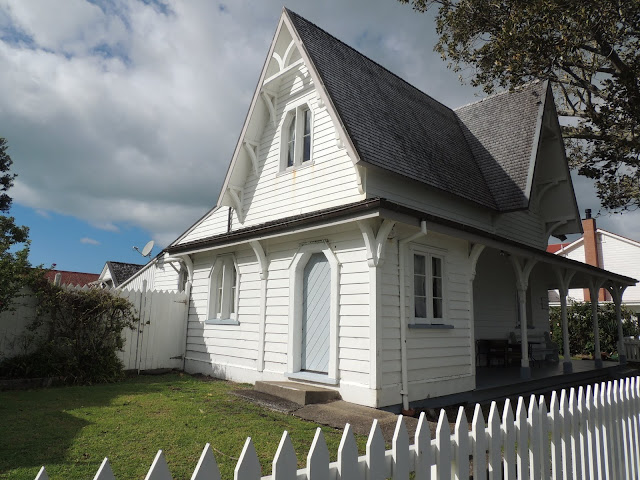 The Bay of Islands is part of the area Māori call Pewhairangi which covers not just the enormous bay and its islands but also as far inland as Kaikohe, Waimate, Kawakawa and Kerikeri. Originally home to the Ngare Raumati and Ngati Manu iwi it is now also home to Ngapuhi, the largest iwi in New Zealand.

Russell itself was then known as Kororāreka. It was just a small coastal settlement, one of many often seasonal villages in the area, but the hills around it had had a number of important and large pā guarding its approaches. When you’re in the Russell Museum look for the “Ipipiri” map which shows the old Māori settlements, pā sites and trails. It’s remarkable how many there were and how today’s roads largely follow the old trails.

At the op shop, a book with a question that's been keeping me up at night... 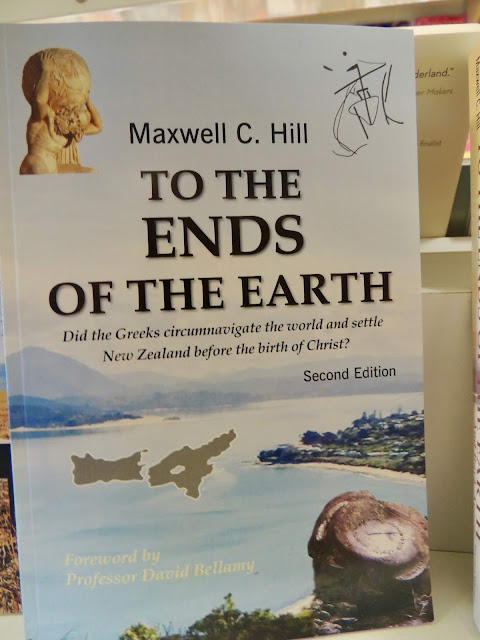 Seafood chowder at the Duke of Marlborough, which burned down three times and had to be re-built. This was during the lawless hellhole of the Pacific days. 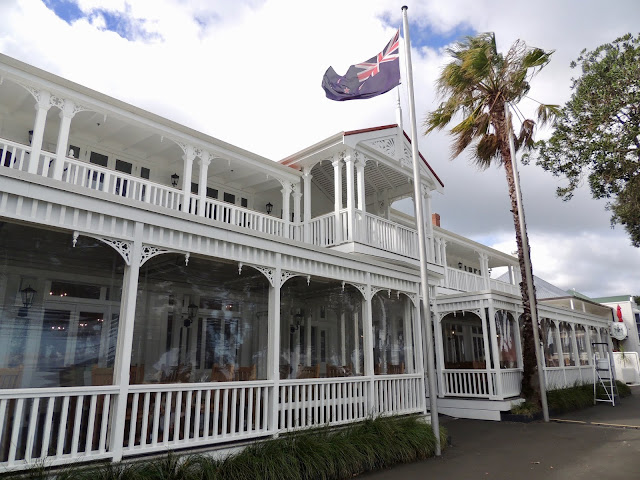 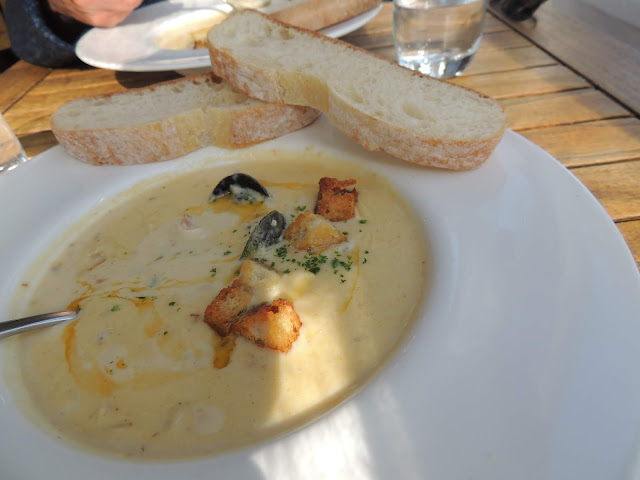 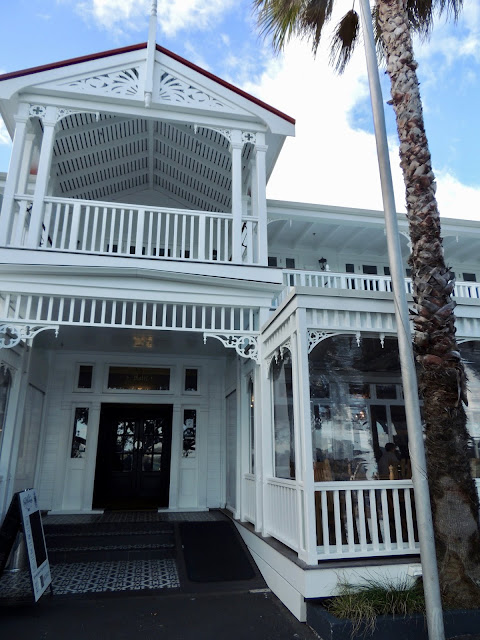 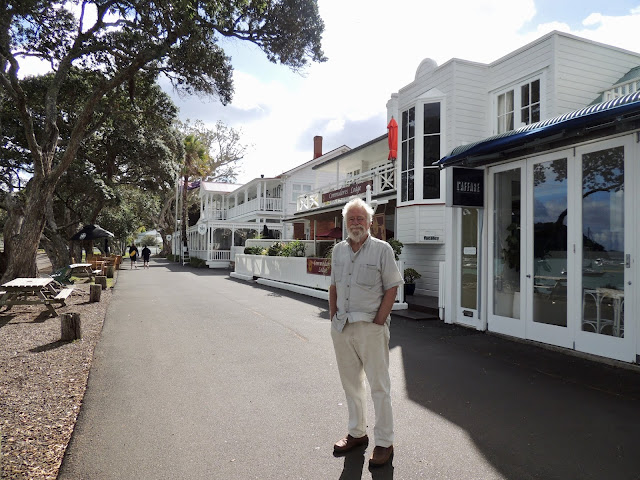