We took off before first meal with a picnic for after and drove to the next bay east. Just about everywhere you go there are handy maps like this one showing the local region. We're camping at Tauranga Bay (left, near the clip) and want to walk Mahinepua. 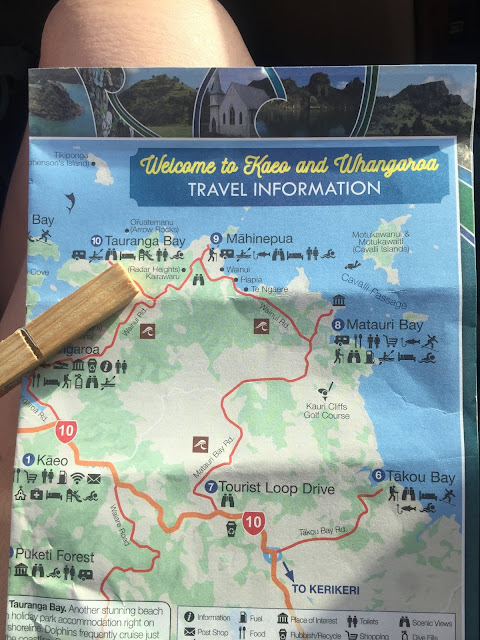 Like so many insanely entertaining NZ treks, this one starts inconspicuously, in front of a big house that gets rented out, apparently. We park in front of it and hike up a dirt road and across some privately owned farmland. 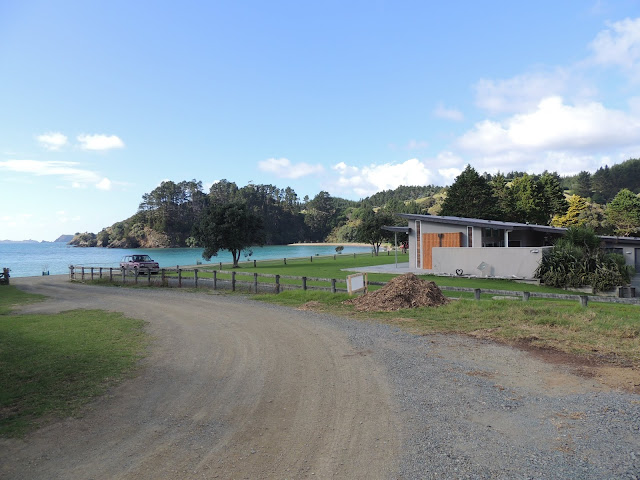 After uncountable ups and downs we're looking back from whence we came. 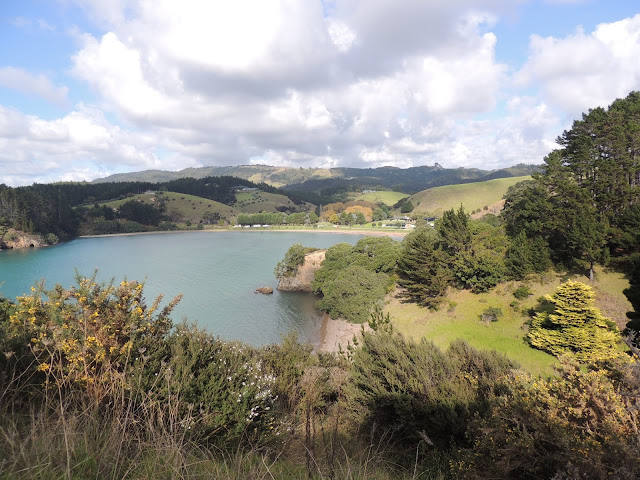 The Pacific is everywhere, it seems, wearing more shades of blue than a Pantone chip. 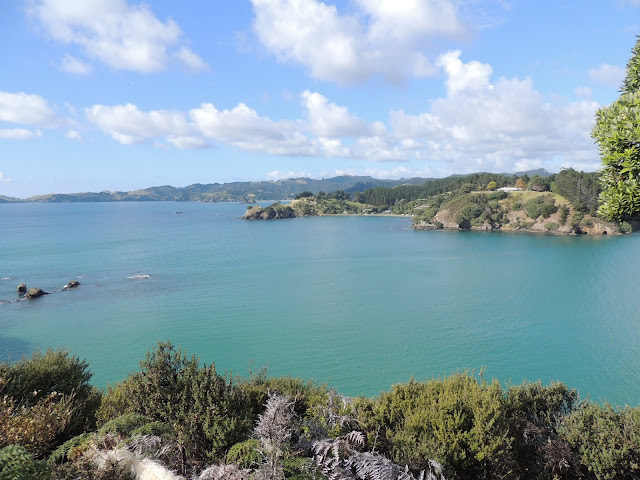 We stop to catch our breath on most of these staircases, installed to protect Maori pa sites.
The word pā ... can refer to any Māori village or defensive settlement, but often refers to hillforts – fortified settlements with palisades and defensive terraces – and also to fortified villages. Pā are mainly in the North Island of New Zealand, north of Lake Taupo. Over 5000 sites have been located, photographed and examined although few have been subject to detailed analysis. No pā have been yet located from the early colonization period when early Polynesian-Māori colonizers lived in the lower South Island. 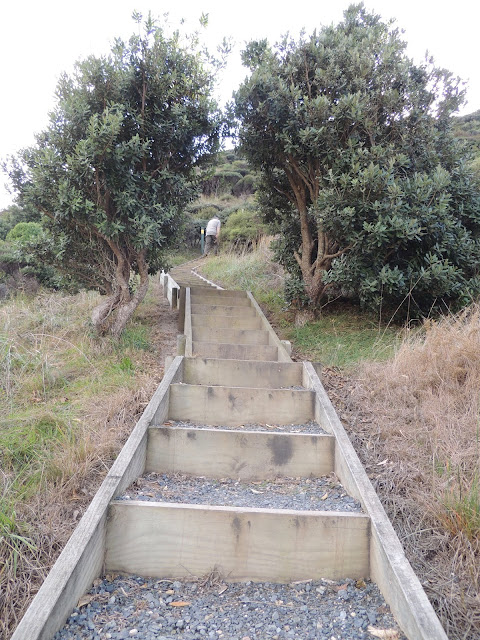 Speaking of Maori pa sites, it's been a happy experience to be around people of Maori descent, populations on the North Island far outnumbering those on the South. To a person, we've found New Zelanders to be gracious and warm, but racism sadly and clearly exists here as it does in the US.
In the 2013 census, 598,605 people identified as being part of the Māori ethnic group, accounting for 14.9 per cent of the New Zealand population, while 668,724 people (17.5 per cent) claimed Māori descent.[96] Of those identifying as Māori, 278,199 people identified as of sole Māori ethnicity while 260,229 identified as of both European and Māori ethnicity, due to the high rate of intermarriage between the two cultures. 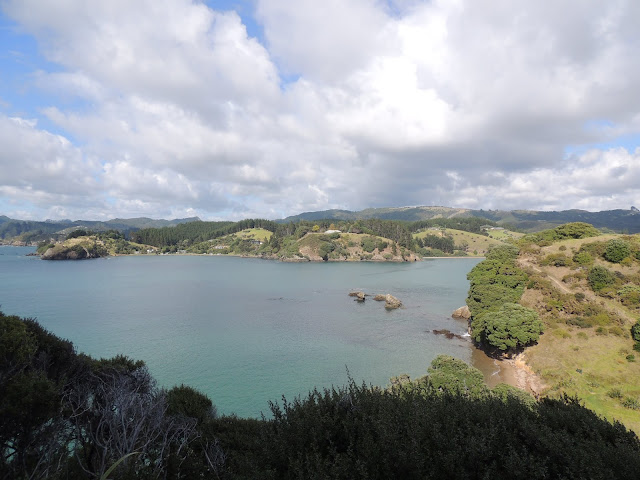 (This is how people die taking selfies.) 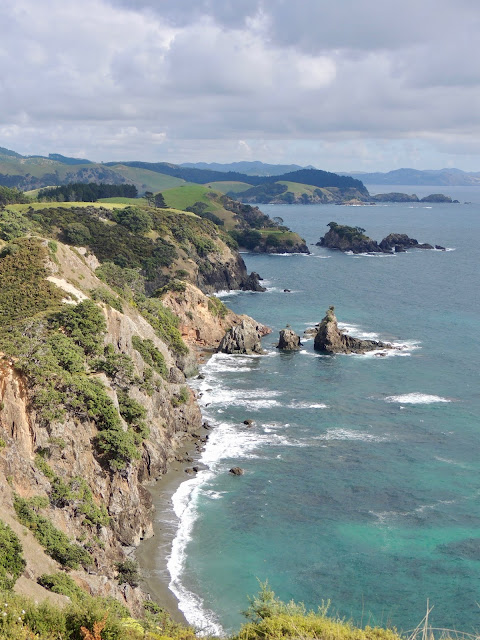 Hooray for clouds. It's warm up here in the north, but it's the sun's wicked intensity we feel most (raise your hand if you're covered in zinc oxide). 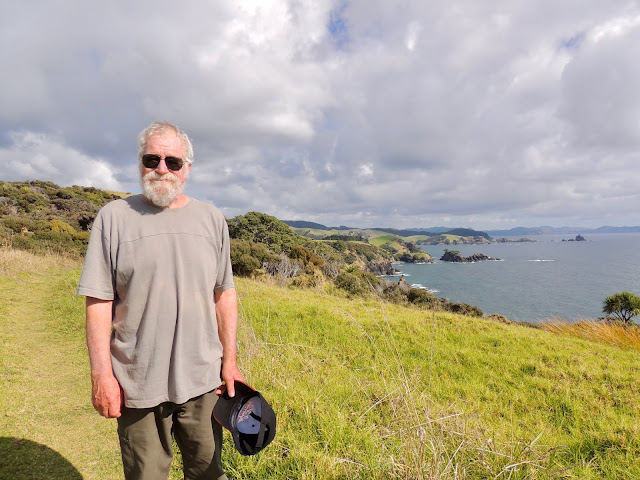 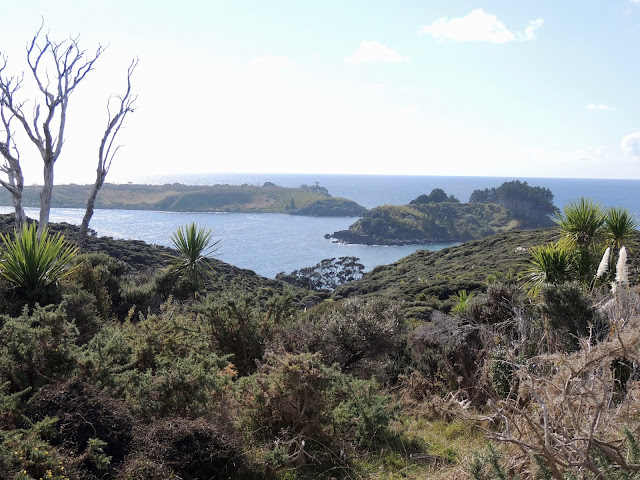 See Art in his protective coloration? 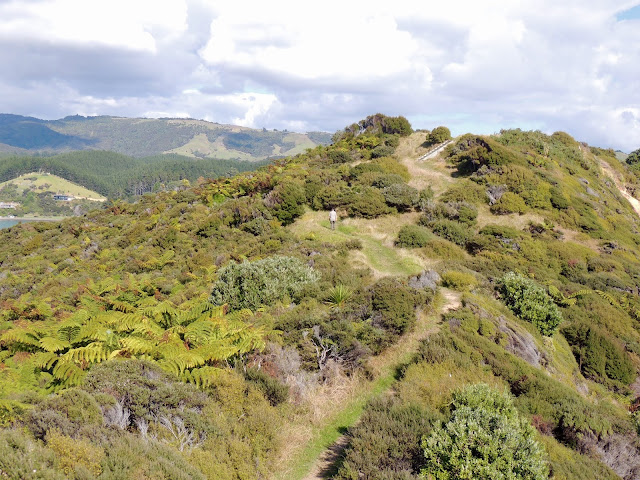 We sat on these stairs for some cheese and apple and a liter of water. 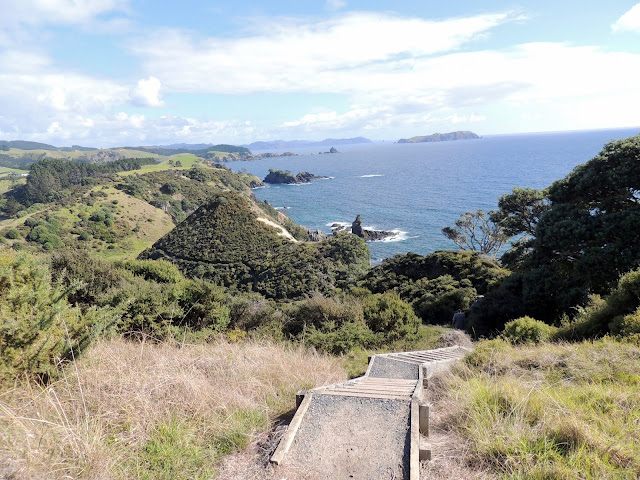 Edge of the world or another staircase to go? 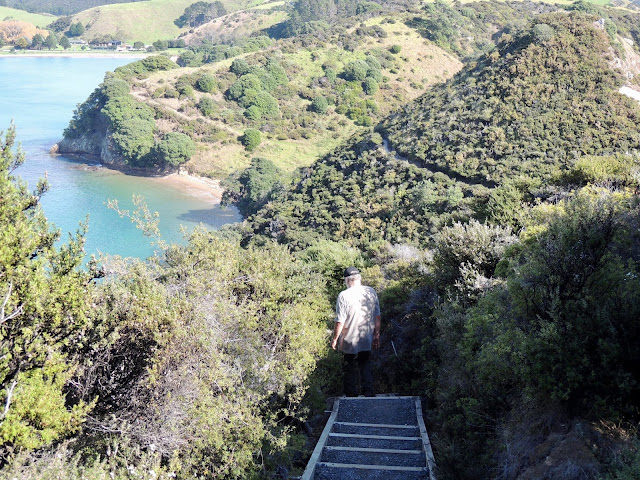 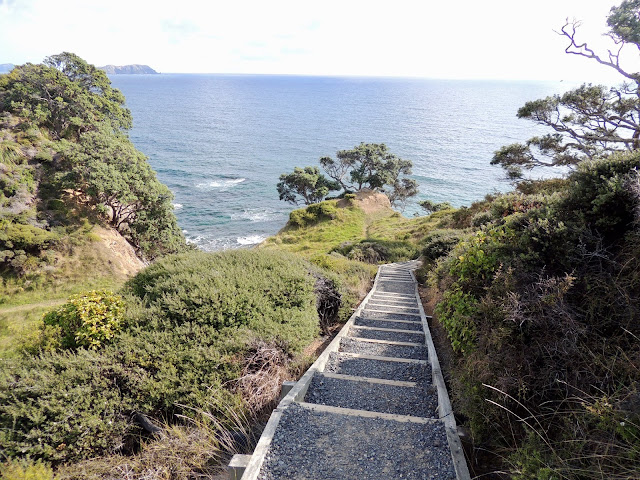 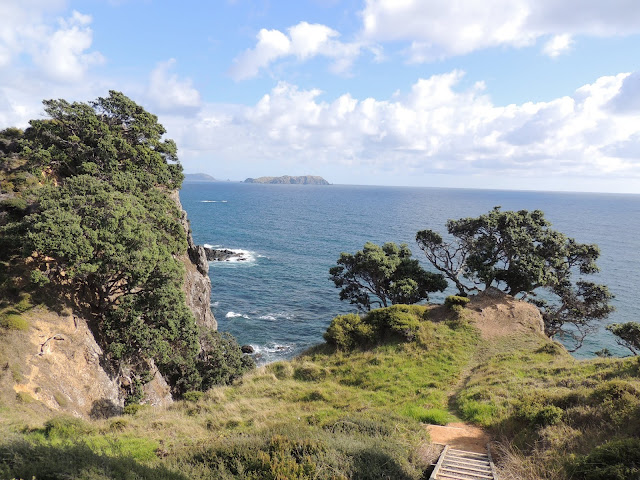 All in all, a little better than five miles and 82 stories, according to Art's fitbit. Thankfully, it's picnic time and there's a table just down from the car. A rousing way to start the day. Now to find some coffee... 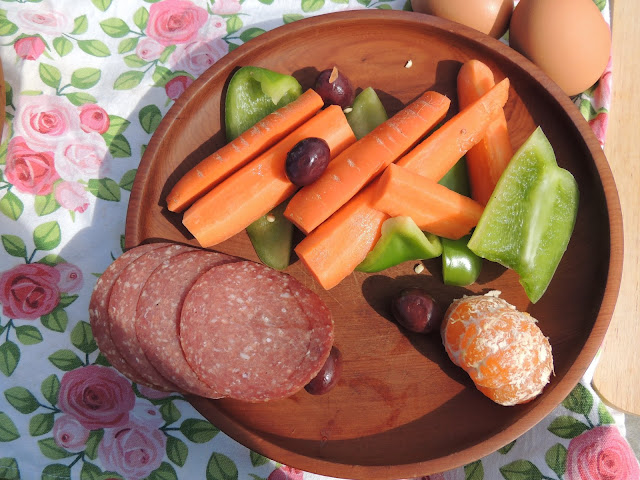 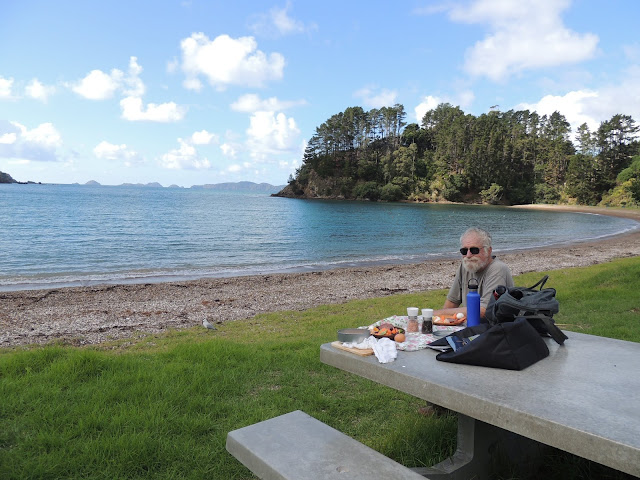 Here's a map of the peninsula (click here if you can't view):