Strange Days at the Holiday Park

Yesterday we drove 20 km from the Whangarei in-city campground to a place that has no air pollution or traffic noise. When we pulled in about 10:40 am we saw a sign saying to phone if we arrived while the campground hosts were out.

So I did and the guy yelled at me over the phone for arriving too early. This never happens here--campgrounds are some of the most relaxed places on earth and we've arrived at plenty of them early in the day. (Also, pro-tip: don't yell at people who want to give you money.) 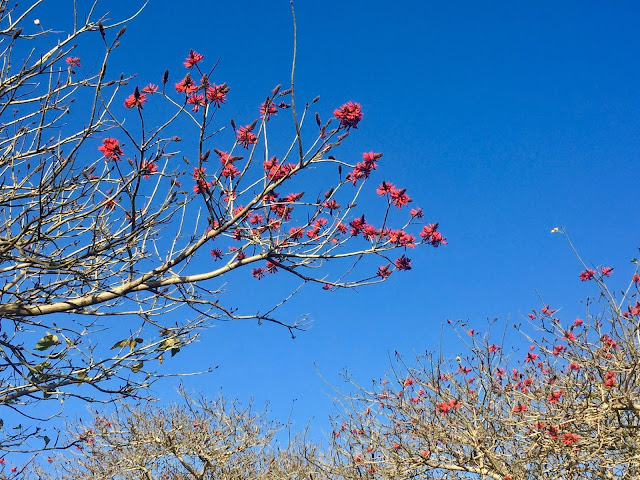 Most would say choose a spot, get set up, and we'll settle up when we return. This guy directed us to pull over to the side of the driveway and not enter until he got back. So we did, because there aren't numerous choices out this way and it's the ideal spot to hike the Whangarei Heads, which looks like this from the air.

We had a nice walk along the water and a picnic in the caravan while a misty rain fell and rainbows appeared. 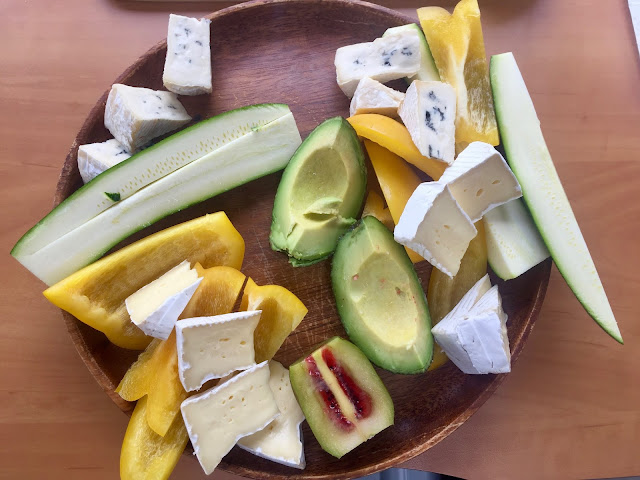 A couple hours later they returned and he acted like the exchange had never happened (personality disorder?). He guided us to the spot I showed yesterday, on pavement next to the water.  We agreed, even though I wanted to park in the grassy area with trees. He said we'd get stuck there because it was wet.

So this morning he approaches us and says the garbage people can't get at the bin with us parked where we are and could we move...over to the grassy treed area...and he's happy to give us a free night in thanks. So we broke camp (which is a nice way of saying we did everything we'd do to move the camper 200 km but instead pulled the camper about 200 yards). 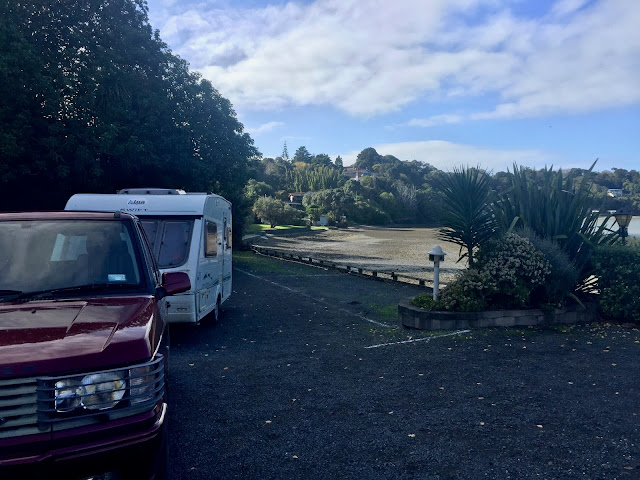 Here we go, and isn't it a much prettier location? 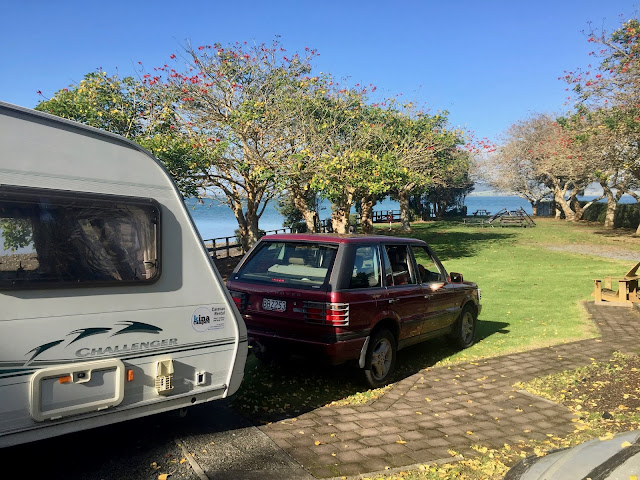 Art used the remote control to position the caravan with front window to water. 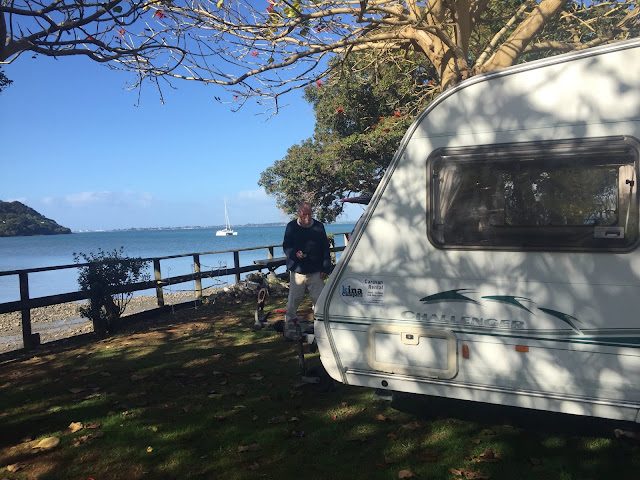 That's the story. It made me laugh. Oh, and every time I open the door to the women's room it's like stepping into a time machine (or the tardis) because they run a music channel playing all 70s all the time. Linda Ronstadt. Fleetwood Mac. Neil Young. Beegees. Motown. Bowie. This makes me laugh too, every time. 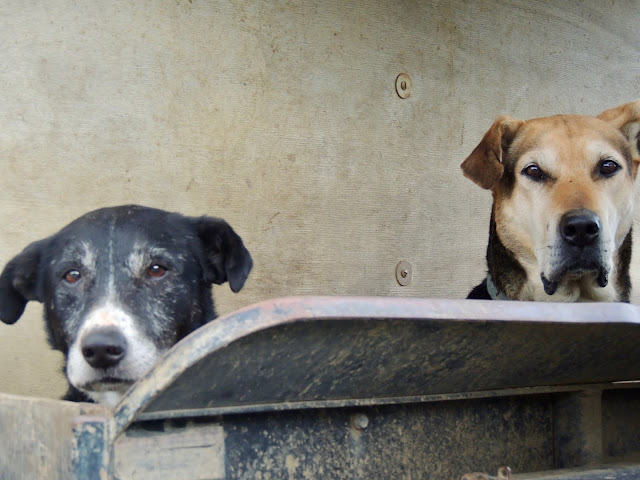 After all this we took a drive to Pataua for some walking, part of our path verging on sacred Maroi ground. We're guests here and grateful for the chance. I stumbled on a cool site called Maori Maps: Your Guide To Our Home. It tells me the iwi (people, nation, tribe) is Ngāti Wai. 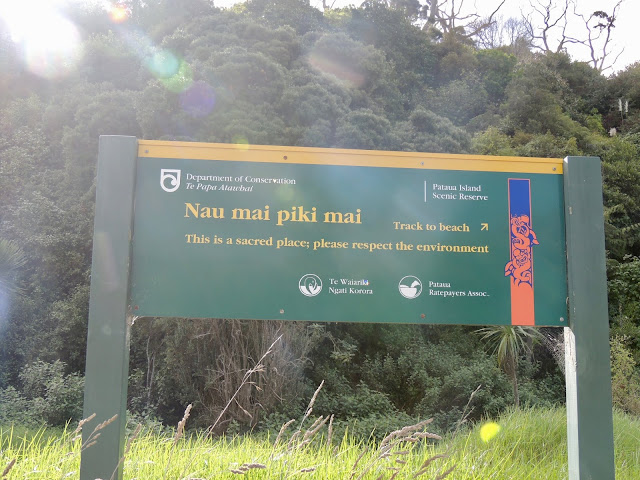 This beach on the Pacific's Ngunguru Bay is magical. 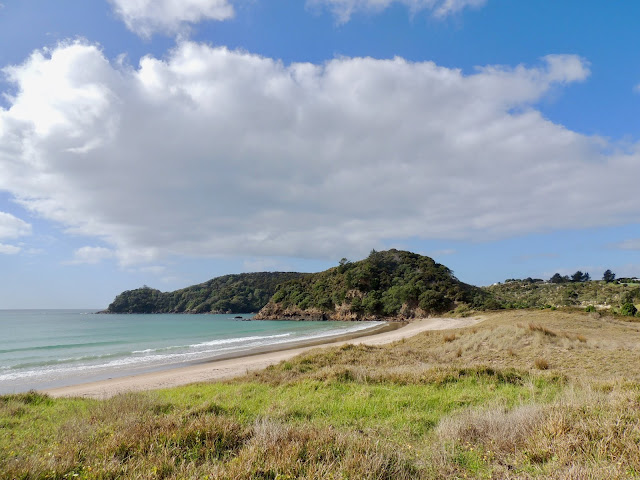 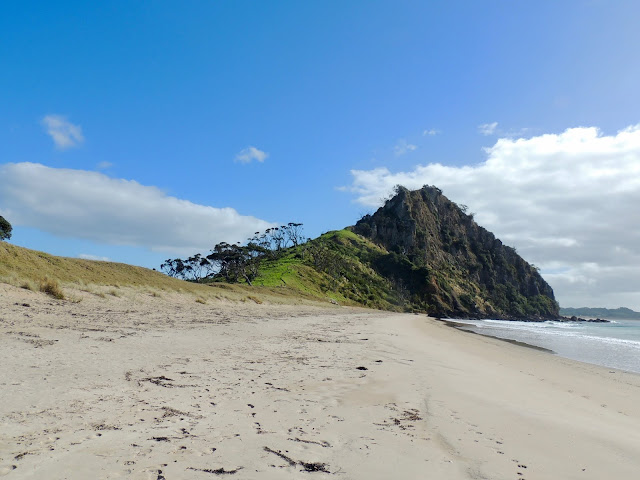 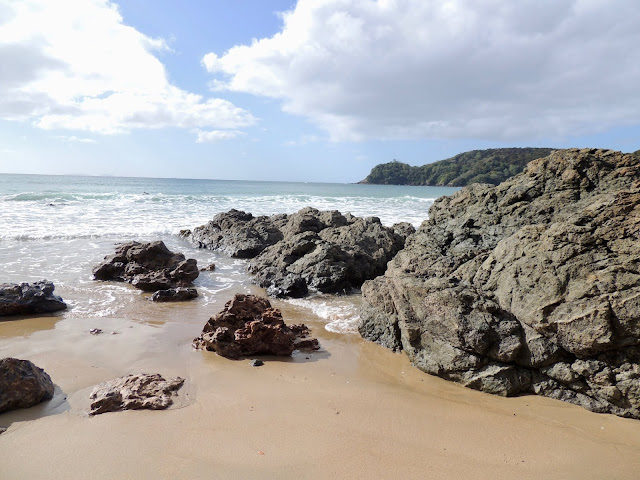 Nearby, wee Pataua North and Pataua South are separated by a footbridge. We walked it and the undulating beach. 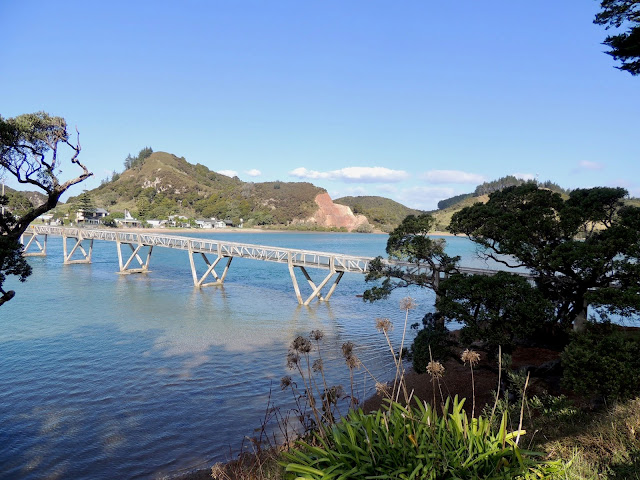 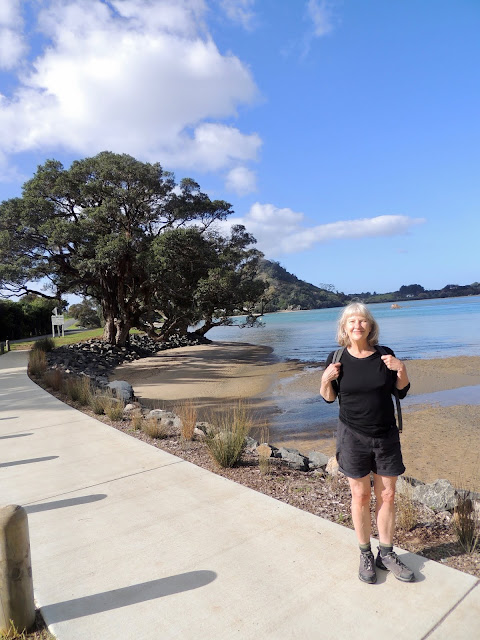 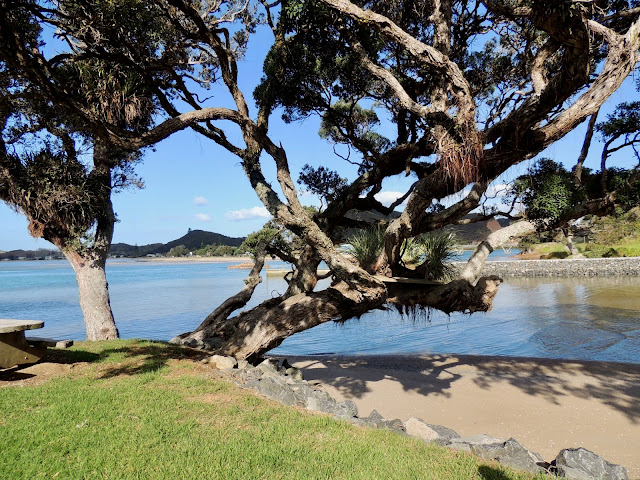 Pied shag (I think) airing out its wings. More at NZ Birds Online. 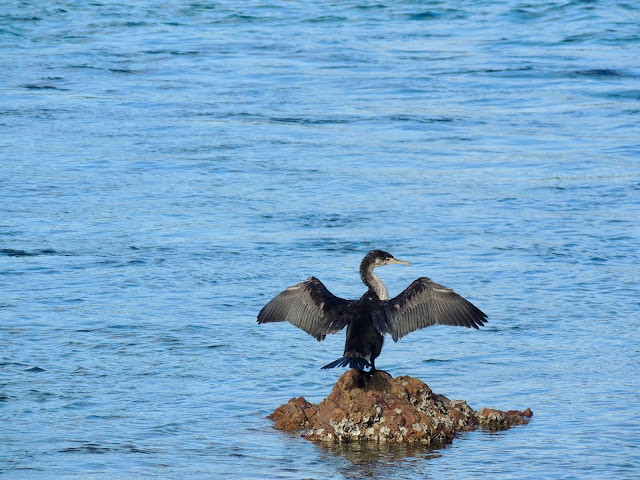 It was a soft, warm day. I read today it's the fourth warmest autumn ever in NZ. 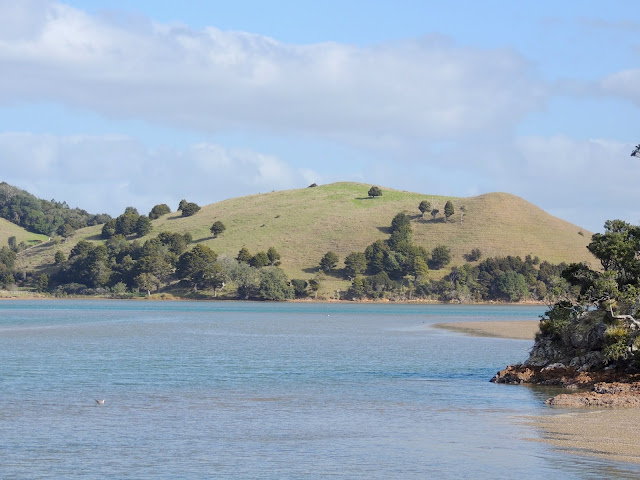