Just about now you might be wondering: do they ever stop walking? I chuckle when I see instructions for a so-called walking meditation. Walking is meditation. 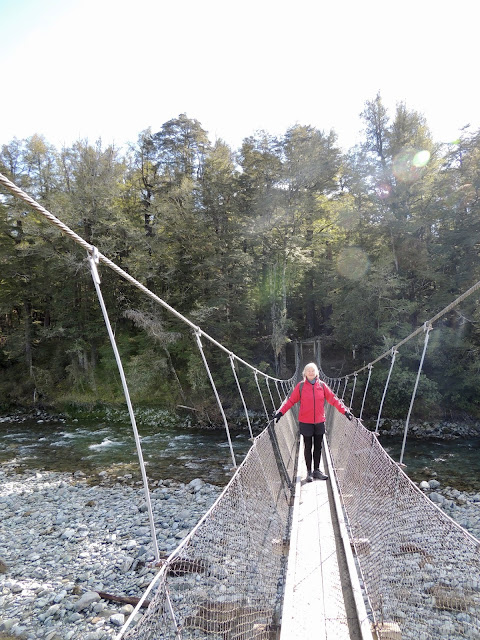 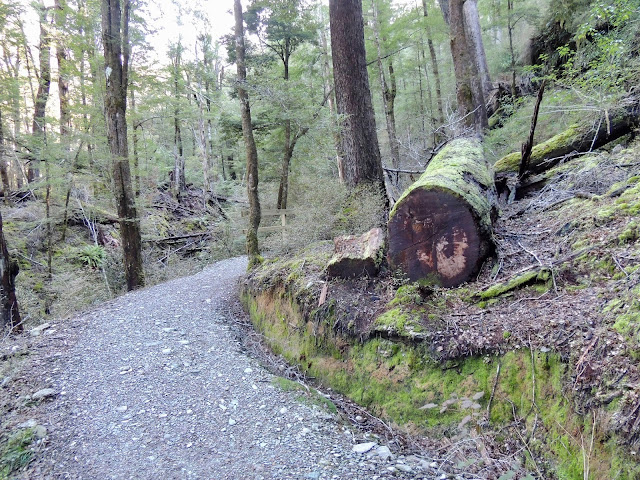 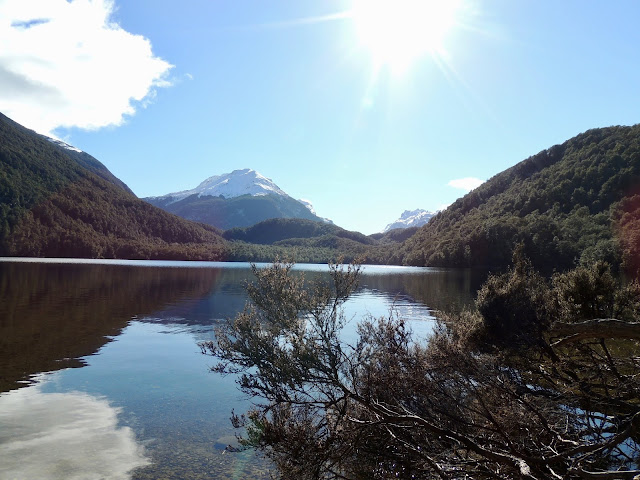 We walked some indescribably breathtaking tracks each day in and around Glenorchy, though we were stymied today by a rain-swollen river trying to get to the Rees River track. 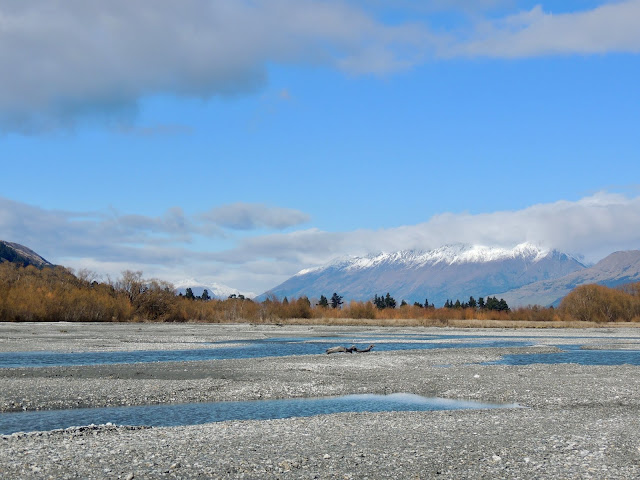 Standing in the Dart River, happy. 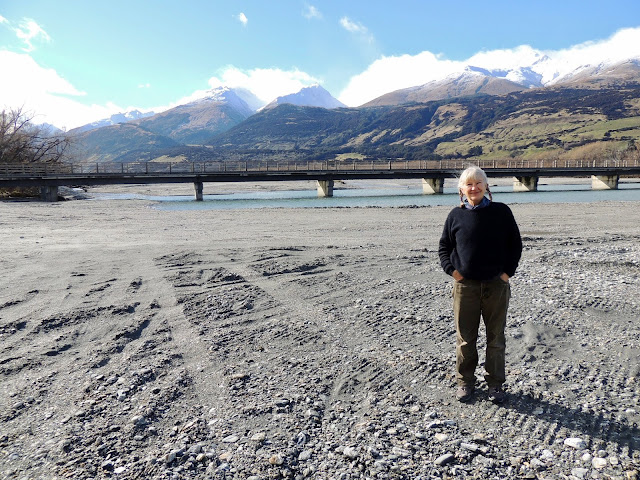 Greenstone Track, on which we were drenched 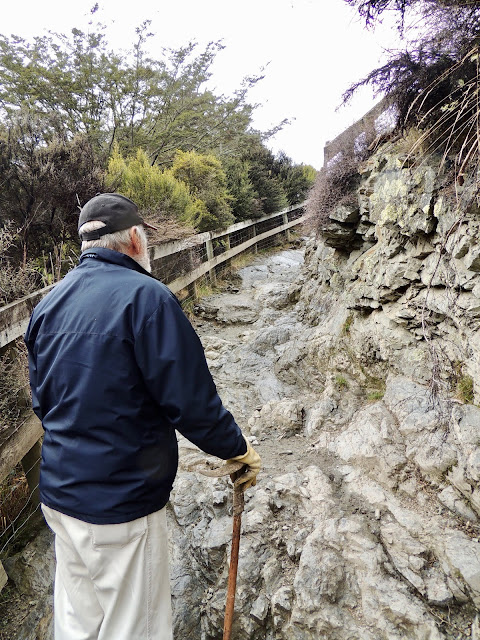 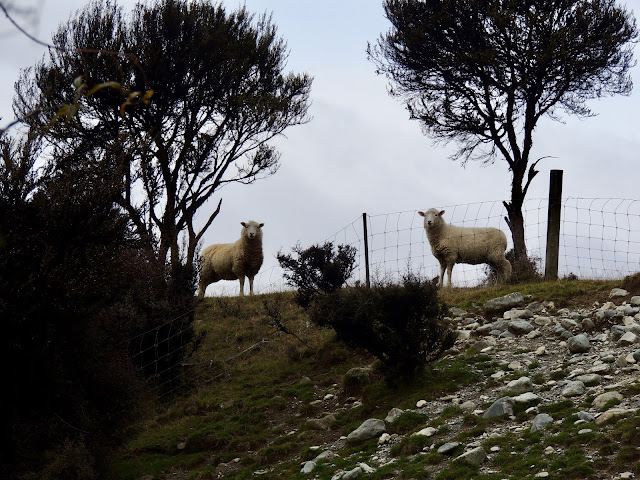 Heading into the backcountry today toward the Rees River track. 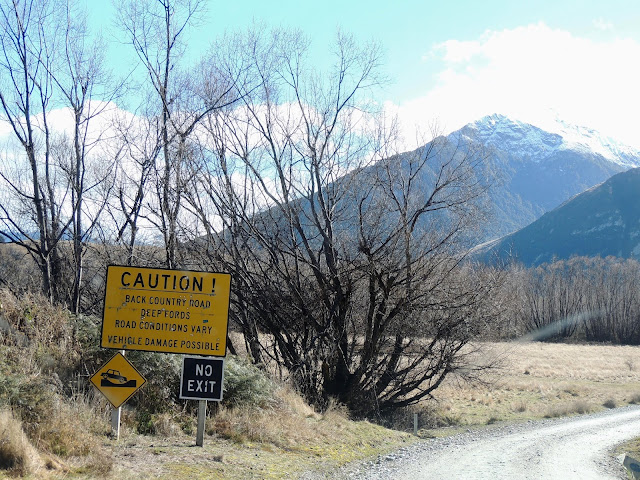 Māori first visited the head of the lake in search of pounamu (greenstone) and the extinct, flightless moa. These family groups or hapu, mainly from around Foveaux Strait, left evidence of about 30 summer campsites.

Runholder William Rees and his family were first to settle here in 1860, but two years later the lure of gold brought many more. the head of the lake first attraction was its resources – from gold to scheelite, grazing land to timber – but tourism soon followed. 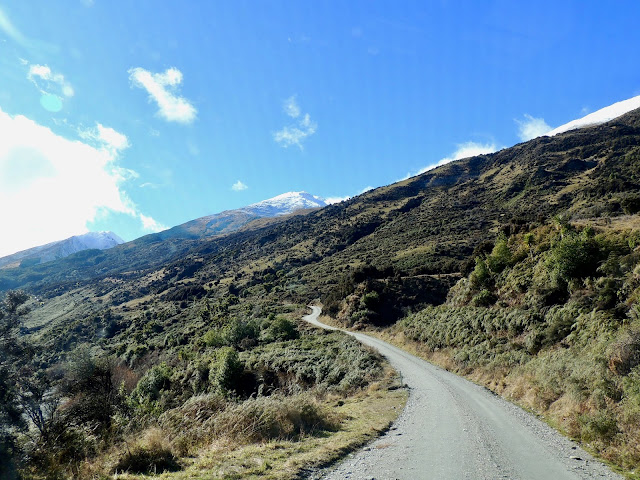 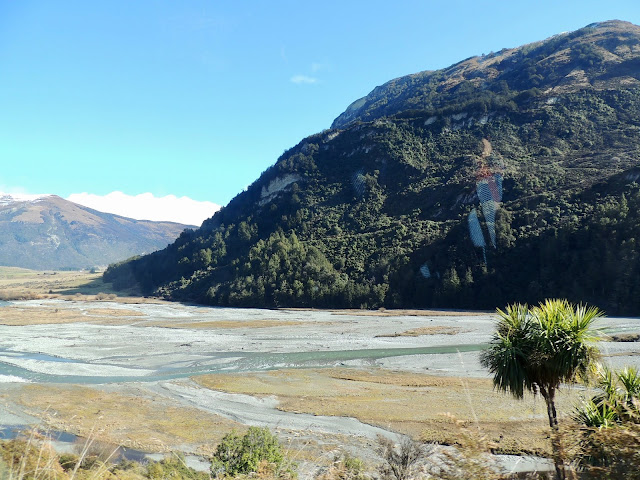 Happily, I found my phone. It had slipped out of my sodden raincoat between the front seat and seat belt connector, resisting all attempts to locate it...until we were heading (a long way) back to the Greenstone Track carpark to look for it this morning. 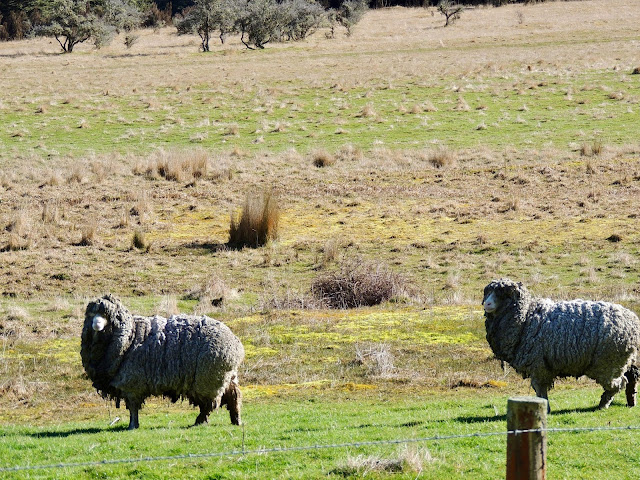 So instead we got to follow our original plan, driving north on another road that turns into a gravel road and ends. 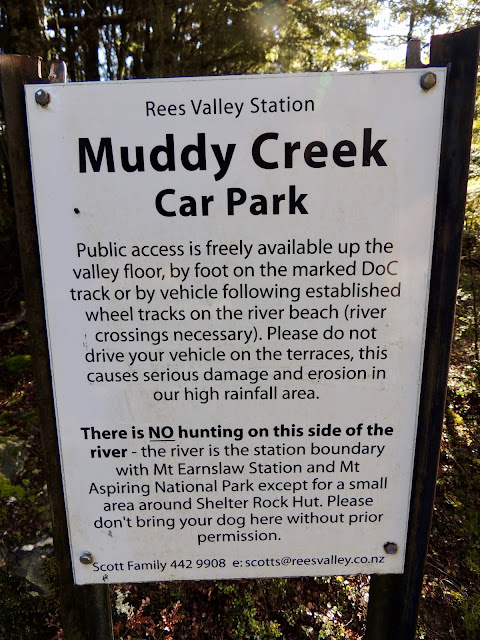 There was no possible way across the swiftly moving Muddy Creek to pick up the start of the Rees River track. We decided not even the Rover could safely cross over. 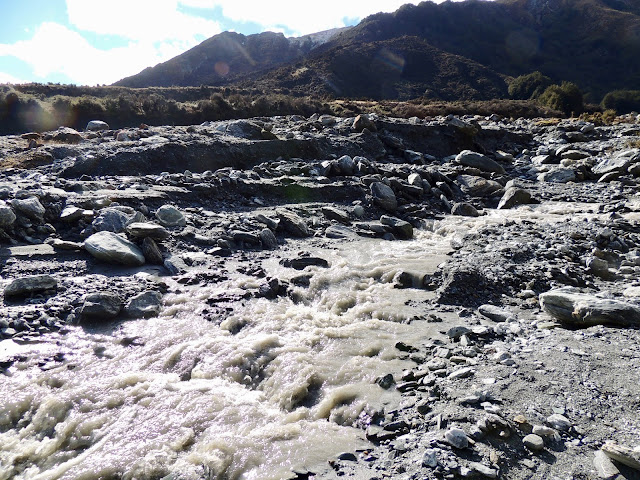 But we doggedly searched for a way across for half an hour. 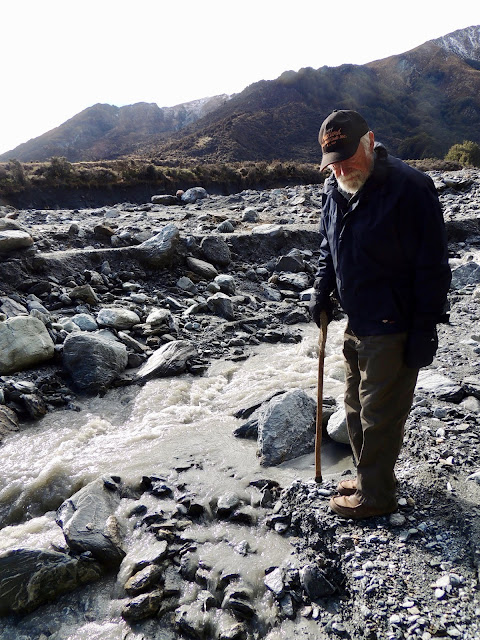 On the return drive, we found a sunny expanse to walk. 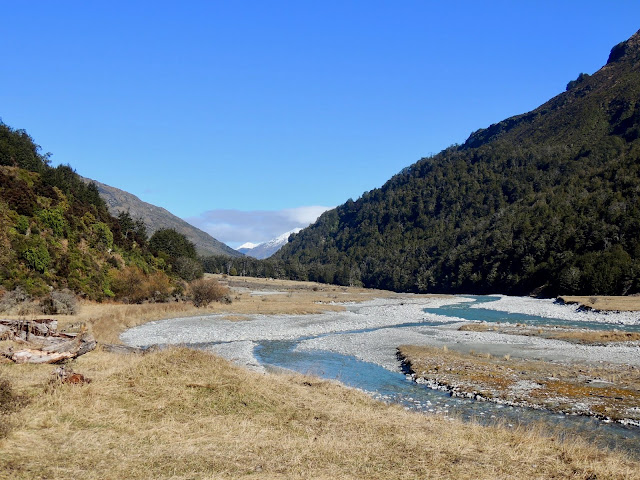 There are only a few roads here, but they take you to mostly uninhabited, un-built, feral spaces. 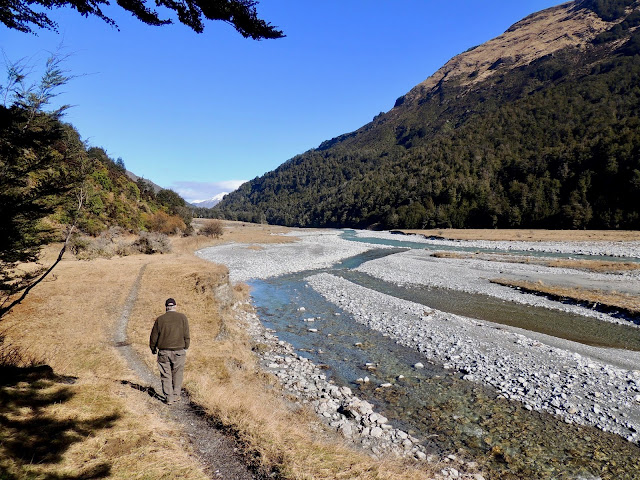 This map won't mean much to you, but it will to us when we plan our return to hike farther on many of the trails we started. 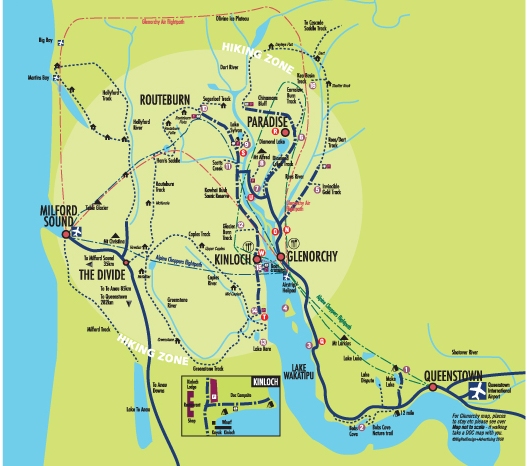 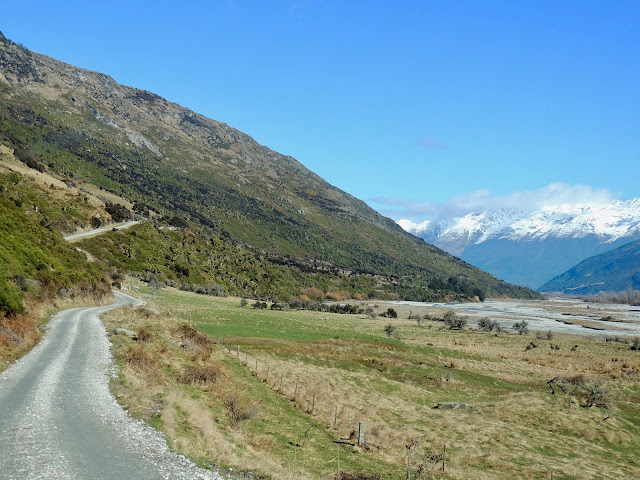 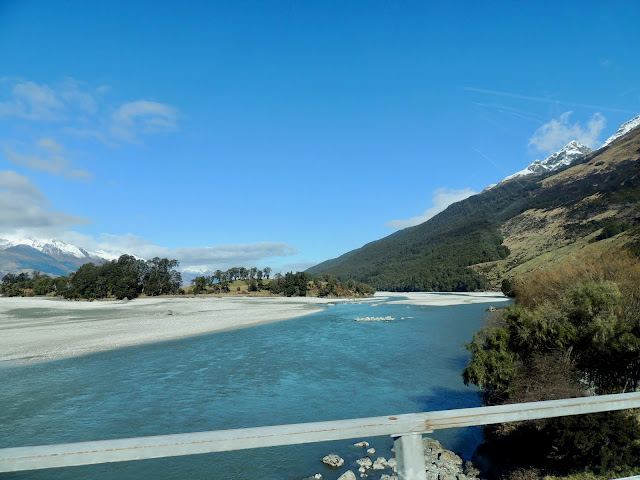 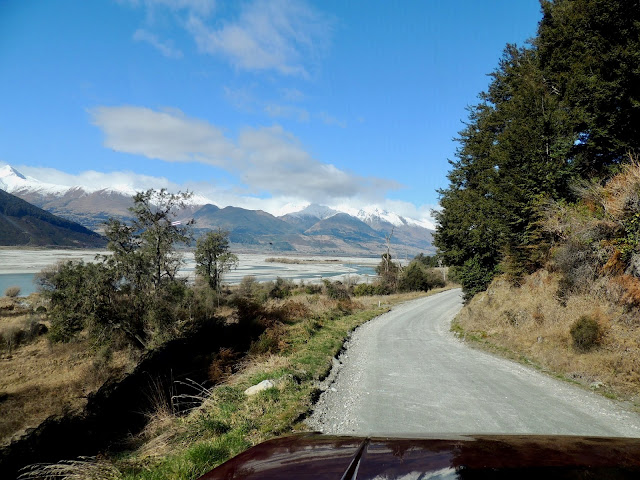