We wanted to see the yellow-eyed penguin colony near Moeraki again, so we drove a few km today and walked high on an exposed bluff as 50 mph gusts buffeted us. The little blind we viewed the penguins from a few years ago seems not to exist anymore. I don't know what's happened to it, but we got some exceptional pictures from it in 2015, so I'm running that post again, if only so you'll see why we wanted to return.

Not kidding about getting blown off this bluff today 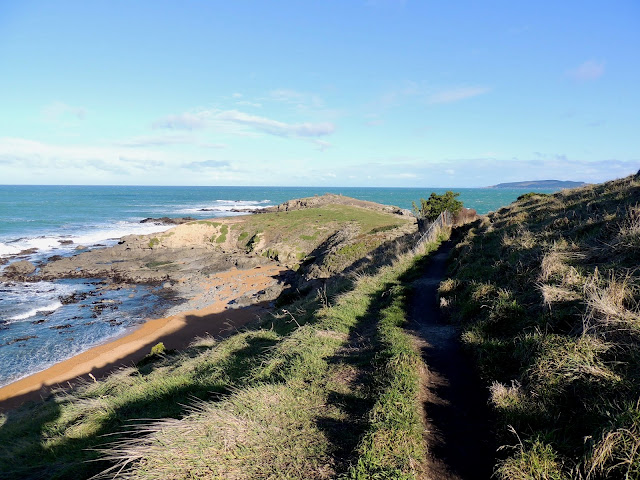 Sunday at 4:15 we scooted down the road to Katiki Point Lighthouse, where the yellow-eyed penguin area is protected. We weren't sure what to expect, but our camp host told us 4:30 was the time to arrive, as the penguins come ashore then. 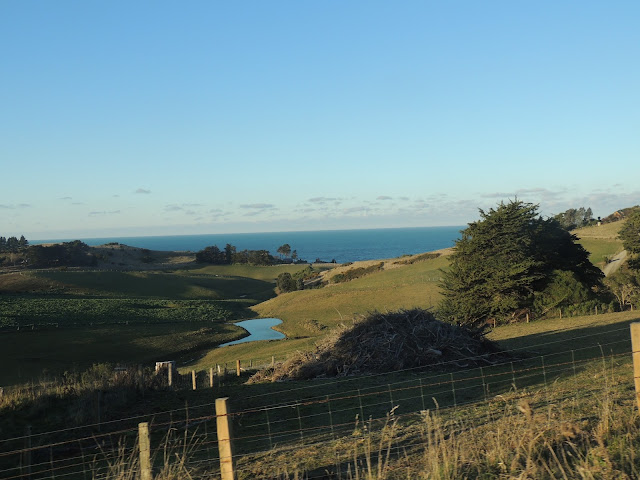 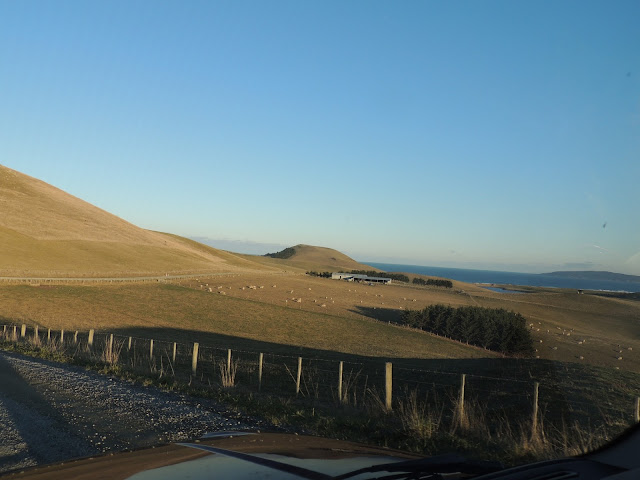 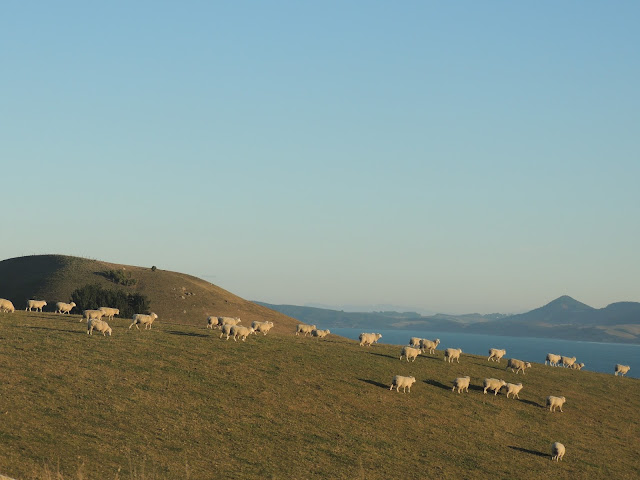 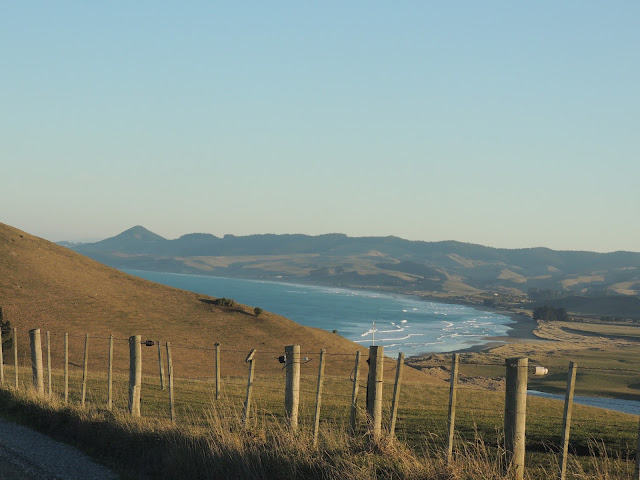 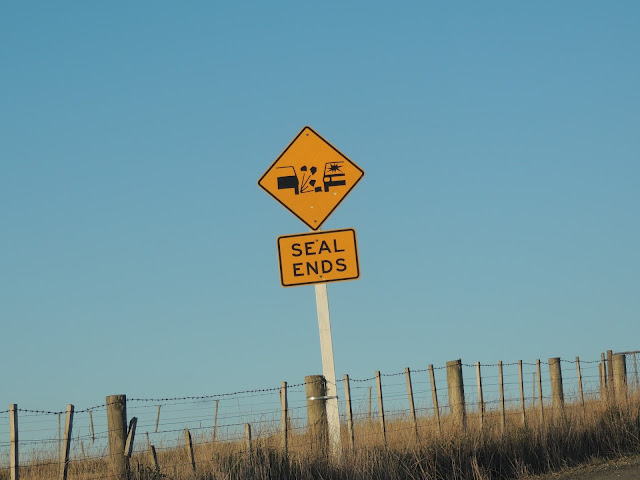 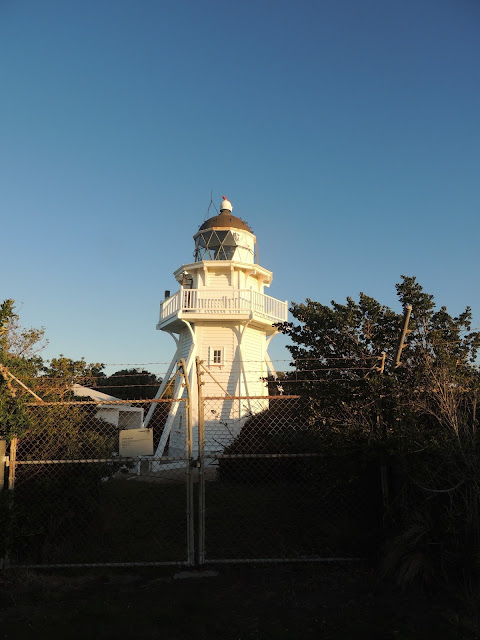 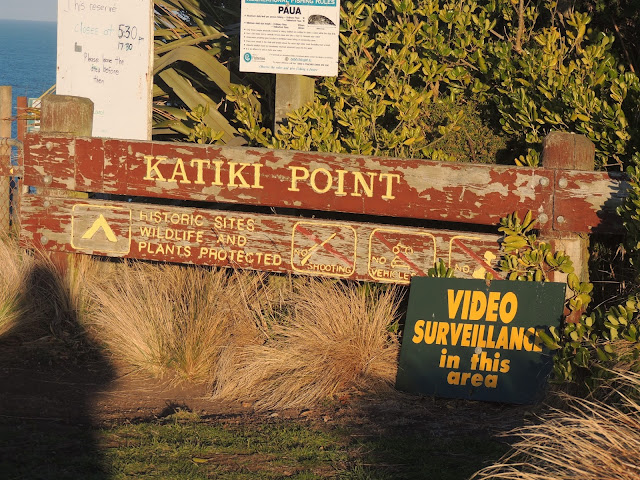 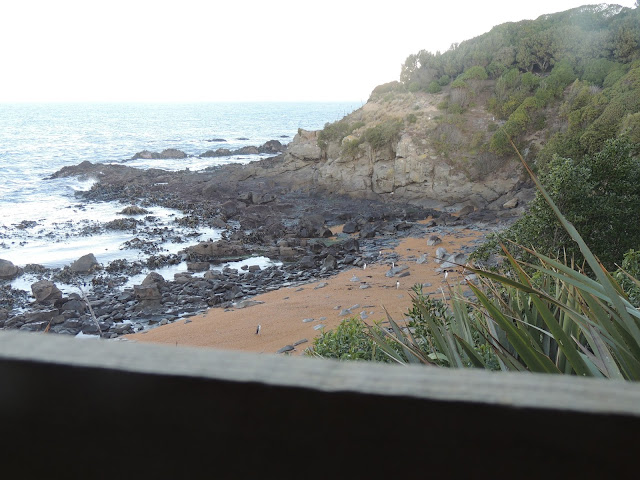 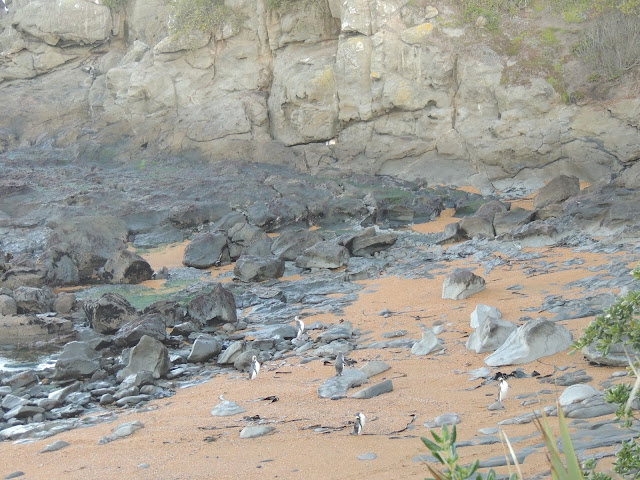 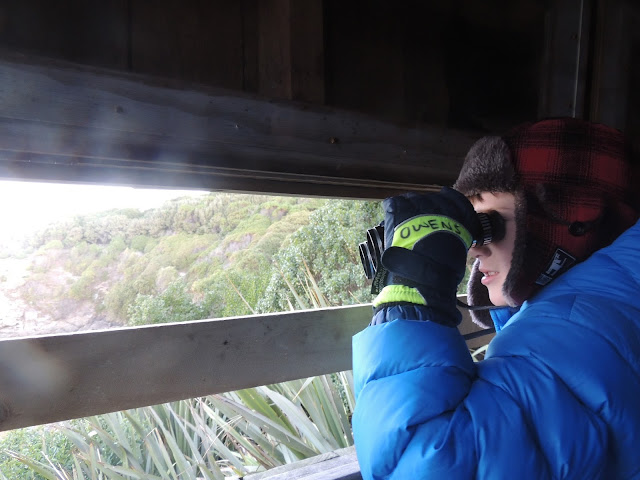 Hoiho - the noisy penguin
The yellow-eyed penguin (Megadyptes antipodes) is only found in New Zealand is one of the rarest of our penguins. They live and breed around the south-east coast of the South island, on Stewart island and in the sub-antarctic Auckland and Campbell islands. They are known to Maori as Hoiho
(Ed note: literally "noise shouter" and we could hear them). 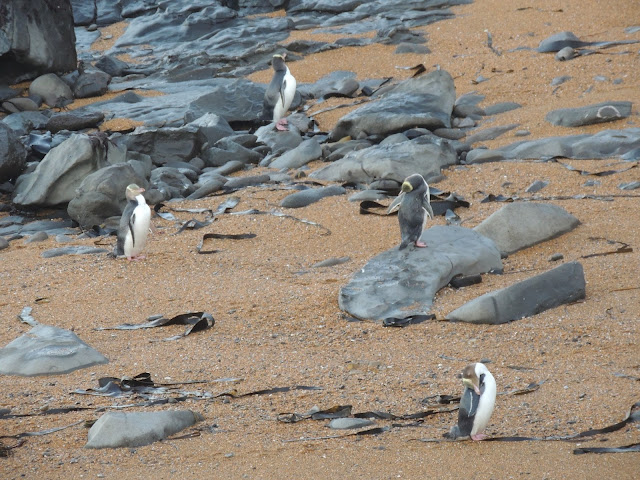 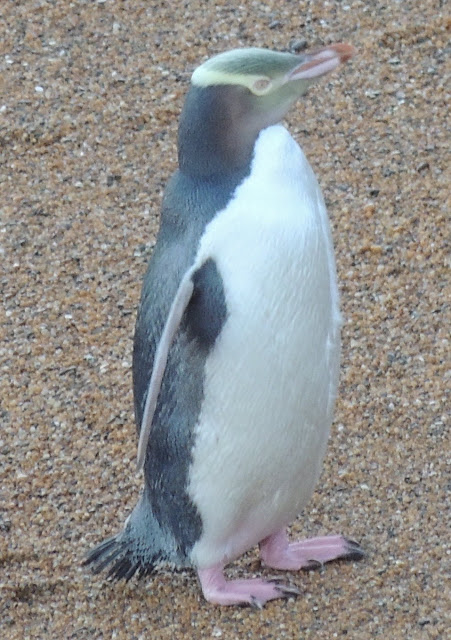 Habitat
Yellow-eyed penguins are forest or shrubland nesting birds, usually preferring to nest in a secluded site and backed up to a bank, tree or log. Although they nest in loose "colonies", yellow-eyed penguins do not nest within sight of each other.
They just kept marching in from the sea 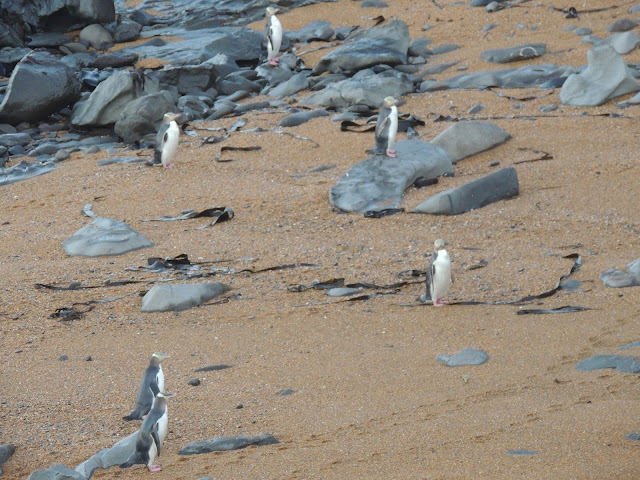 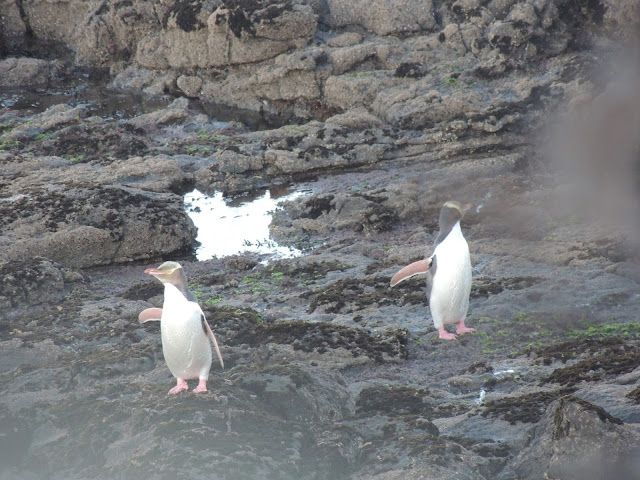 Diet and feeding
Yellow-eyed penguins feed on a variety of fish including opal fish, silverside, sprat, aruhu and red cod. Arrow squid is also important in their diet. Feeding is usually done near the bottom, at depths of up to 160m and as far as 50km off shore. Dive times are up to 3.5 minutes.
Predators and threats
The loss of coastal forest has played a part in the decline of the yellow-eyed penguin on the NZ mainland, but the biggest threat to the survival of the species is introduced mammalian predators. Wild cats, ferrets and stoats often kill chicks and take eggs. Adult penguins all too often fall victim to dogs. 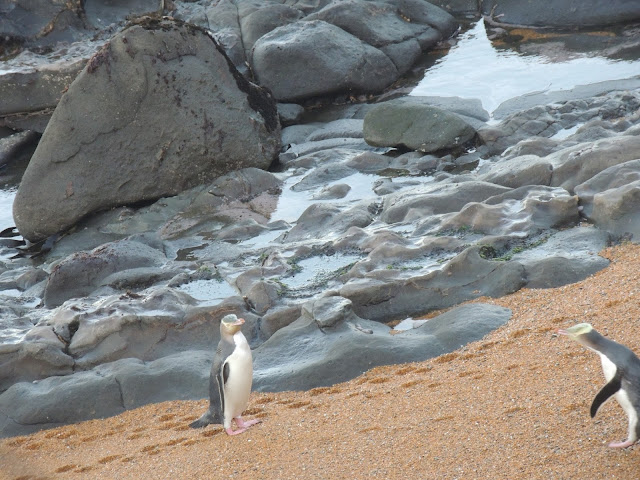 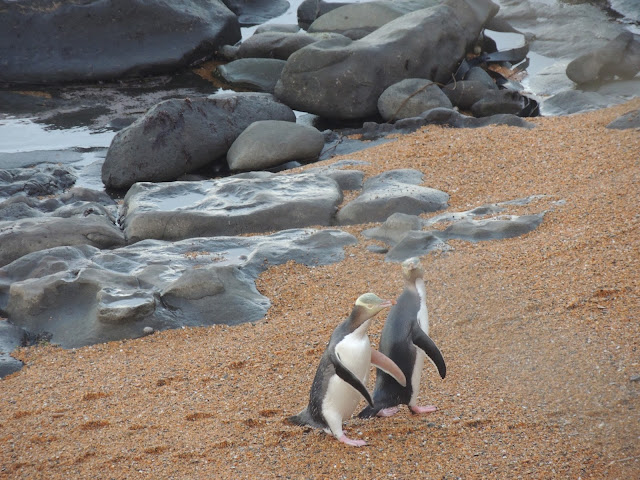 Population and conservation status
The population of yellow-eyed penguins is estimated to be around 2,000 breeding pairs and is centered on the sub-antarctic Auckland and Campbell Islands, however around 500 pairs breed on New Zealand's South Island and another 150 pairs on and around Stewart Island. Variable marine productivity causes considerable fluctuation in year-to-year numbers of breeding pairs, however the long-term trend is stable. The species is listed by the NZ Dept of Conservation as being "Threatened". 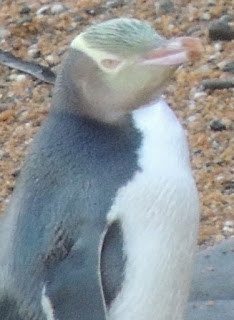 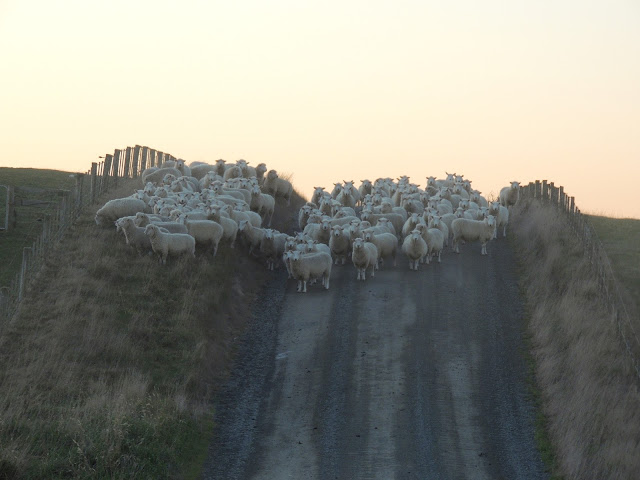 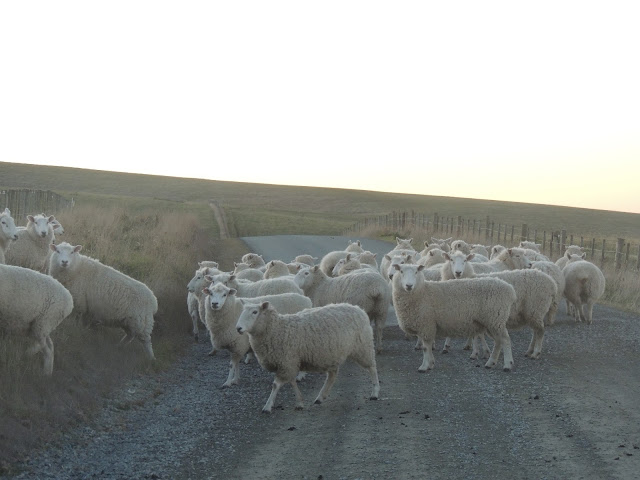