Air Sunday morning startlingly clear and crisp under full sun. We packed, I made cauliflower and avocado for breakfast, and Motel Dog Jack came to the open sliding door, the way he has for two days, to see if there was anything he could help with (crumbs, handouts?). 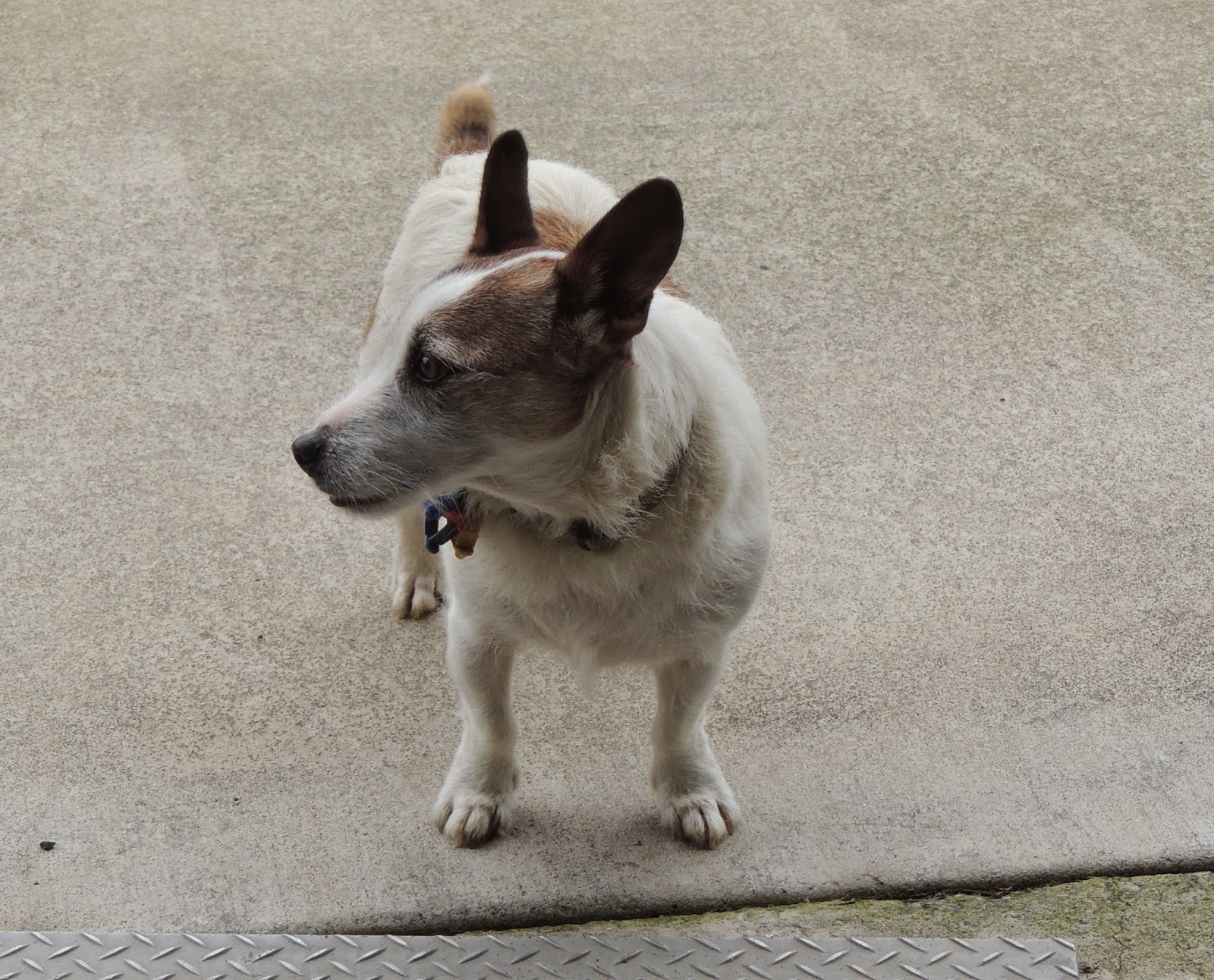 Jack's an old guy, naughty as the day is long. 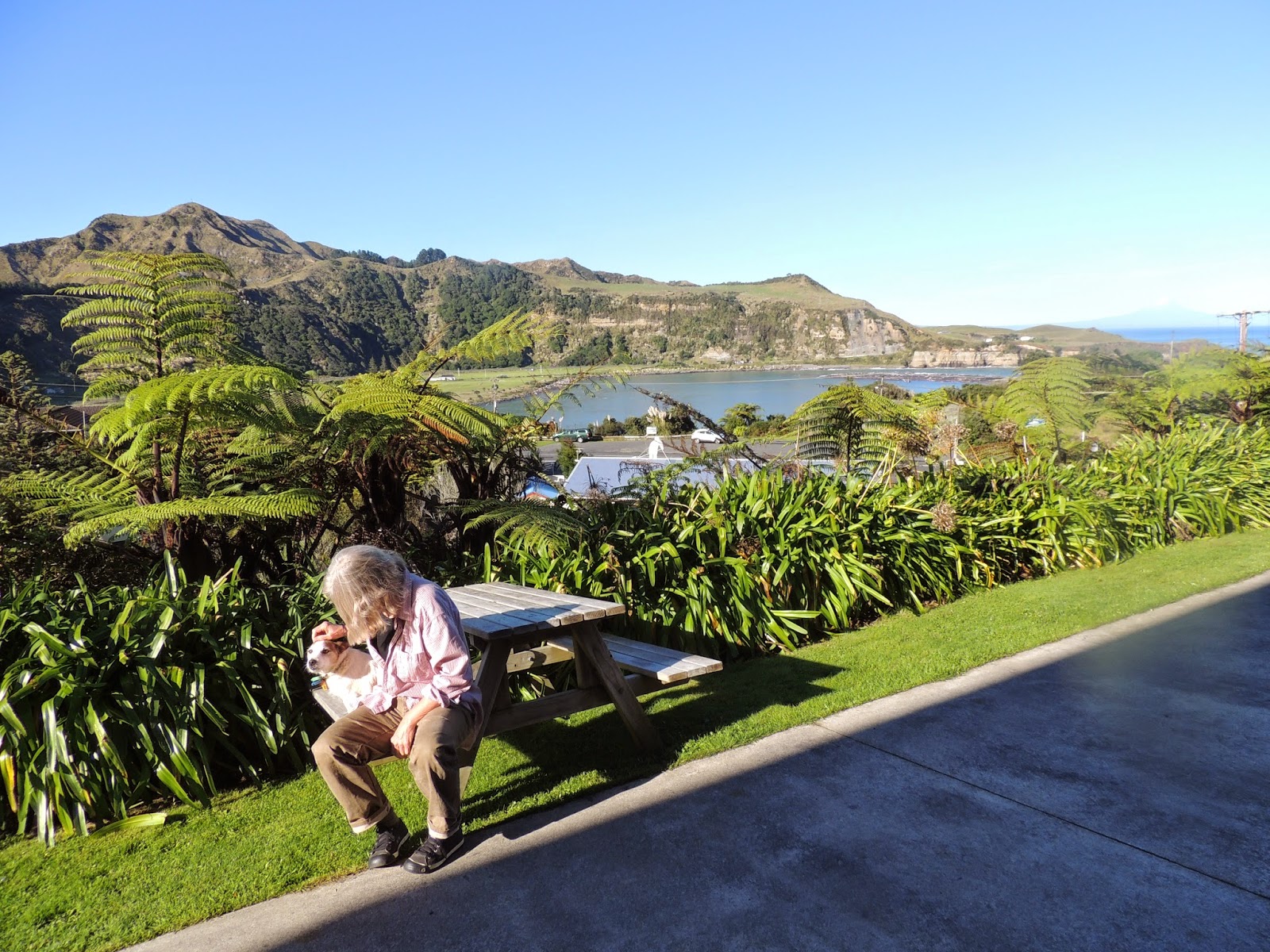 I walked up the road behind the motel to see what I could see. First the inlet. 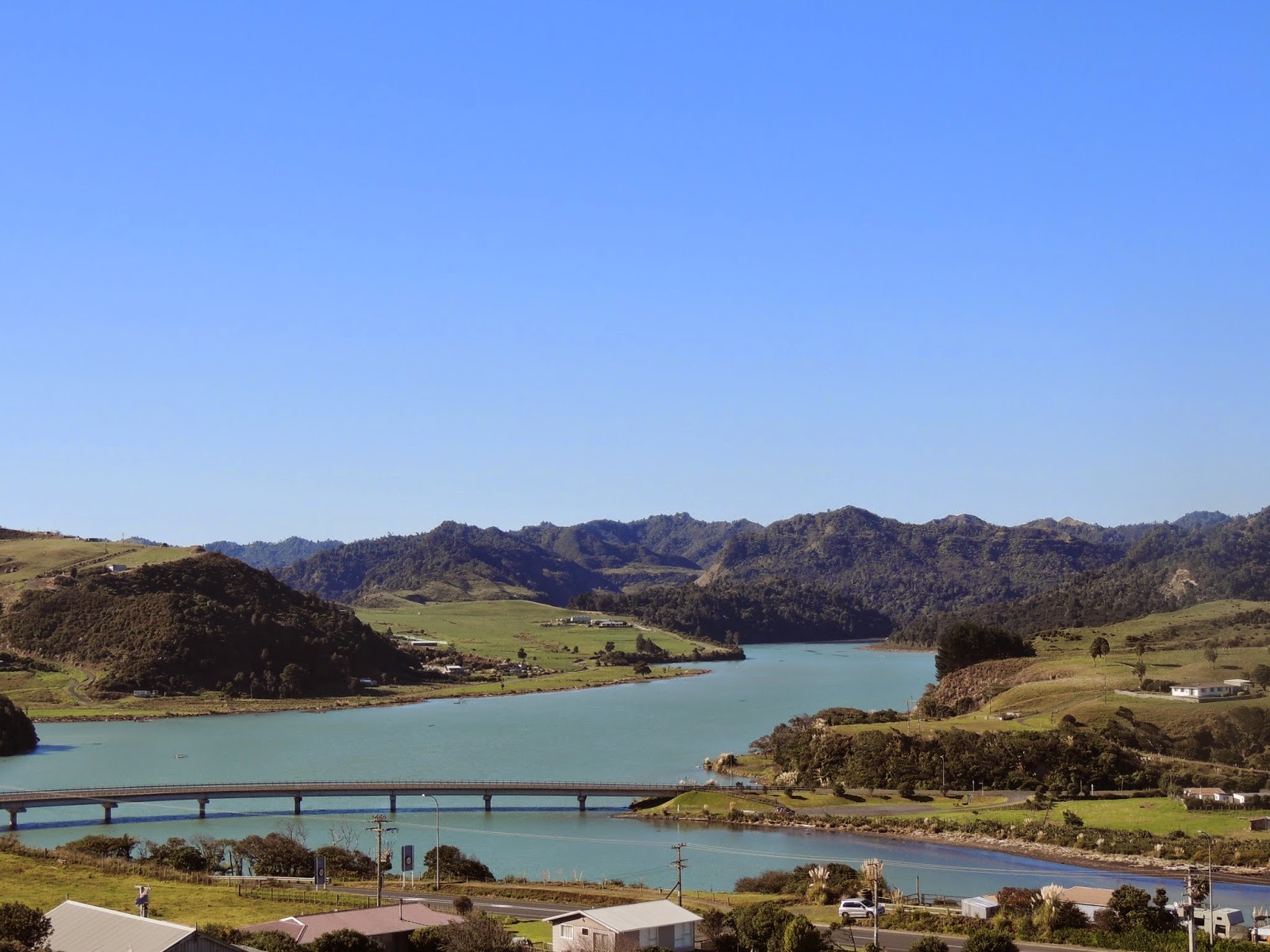 Then the Tasman Sea, pushing in and pulling out. And in the background? 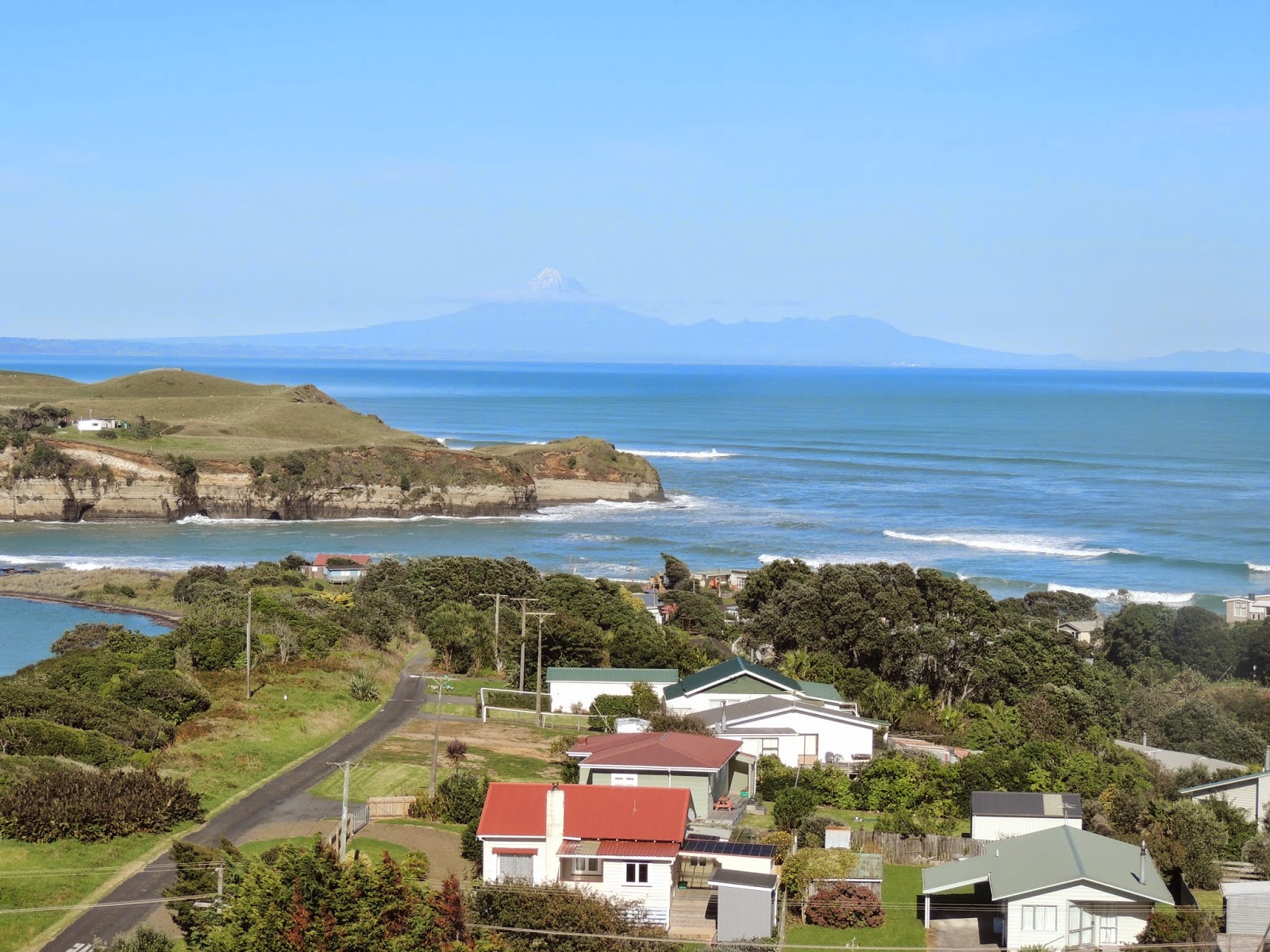 The imposing Mount Taranaki (aka Mount Egmont), which dominates Egmont National Park. A scrim of cloud encircled its peak. To think this giant was all but invisible yesterday on our beach walk.Nature continues to astonish. 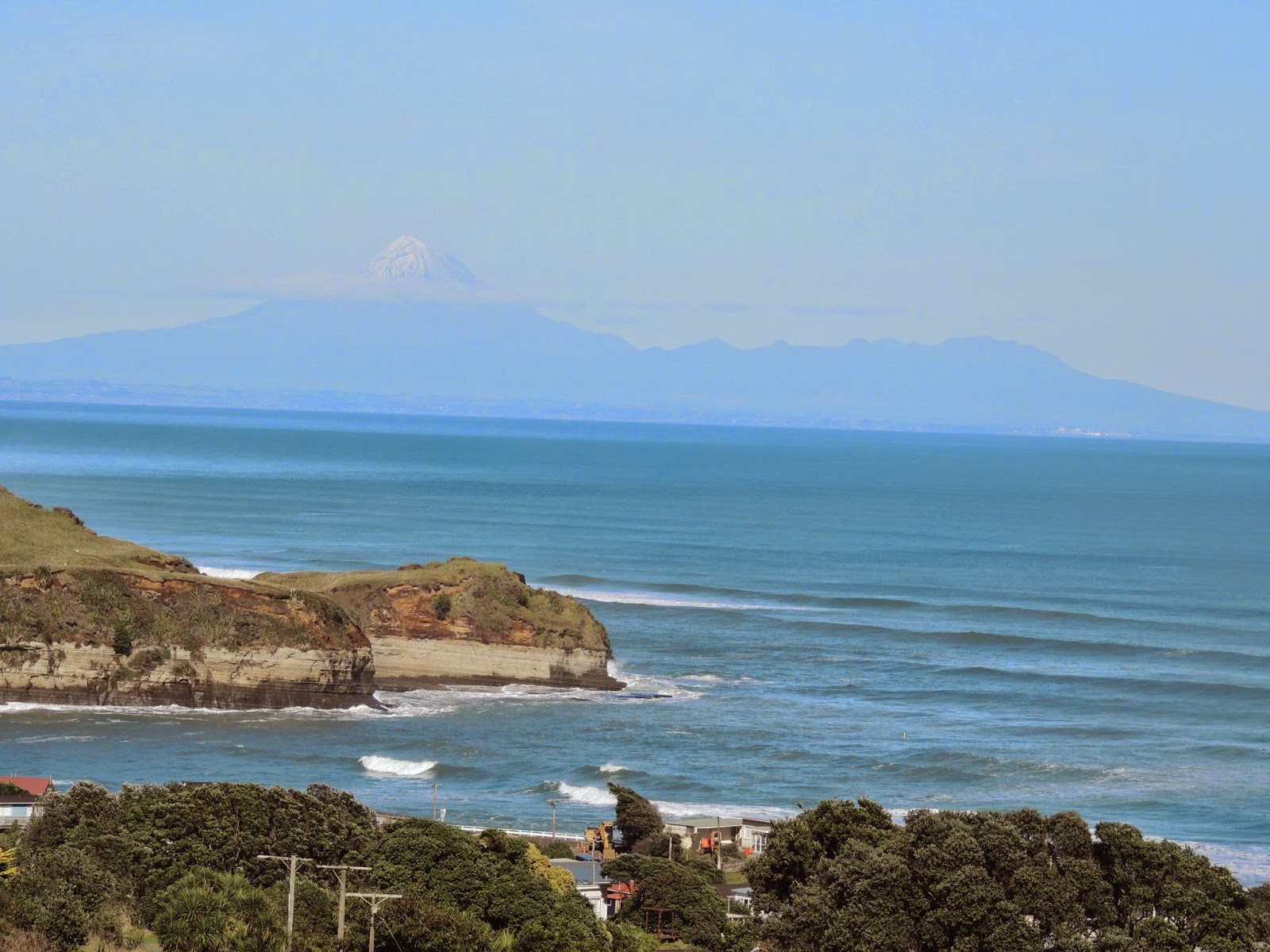 We're driving toward it, curling south on the west coast of the North Island to a new location for a couple of days. Credit wiki with this:


Mount Taranaki, or Mount Egmont, is an active[4][5] but quiescent stratovolcano in the Taranaki region on the west coast of New Zealand's North Island. Although the mountain is more commonly referred to as Taranaki, it has two official names under the alternative names policy of the New Zealand Geographic Board.[6] The 2518-metre-high mountain is one of the most symmetrical volcanic cones in the world. 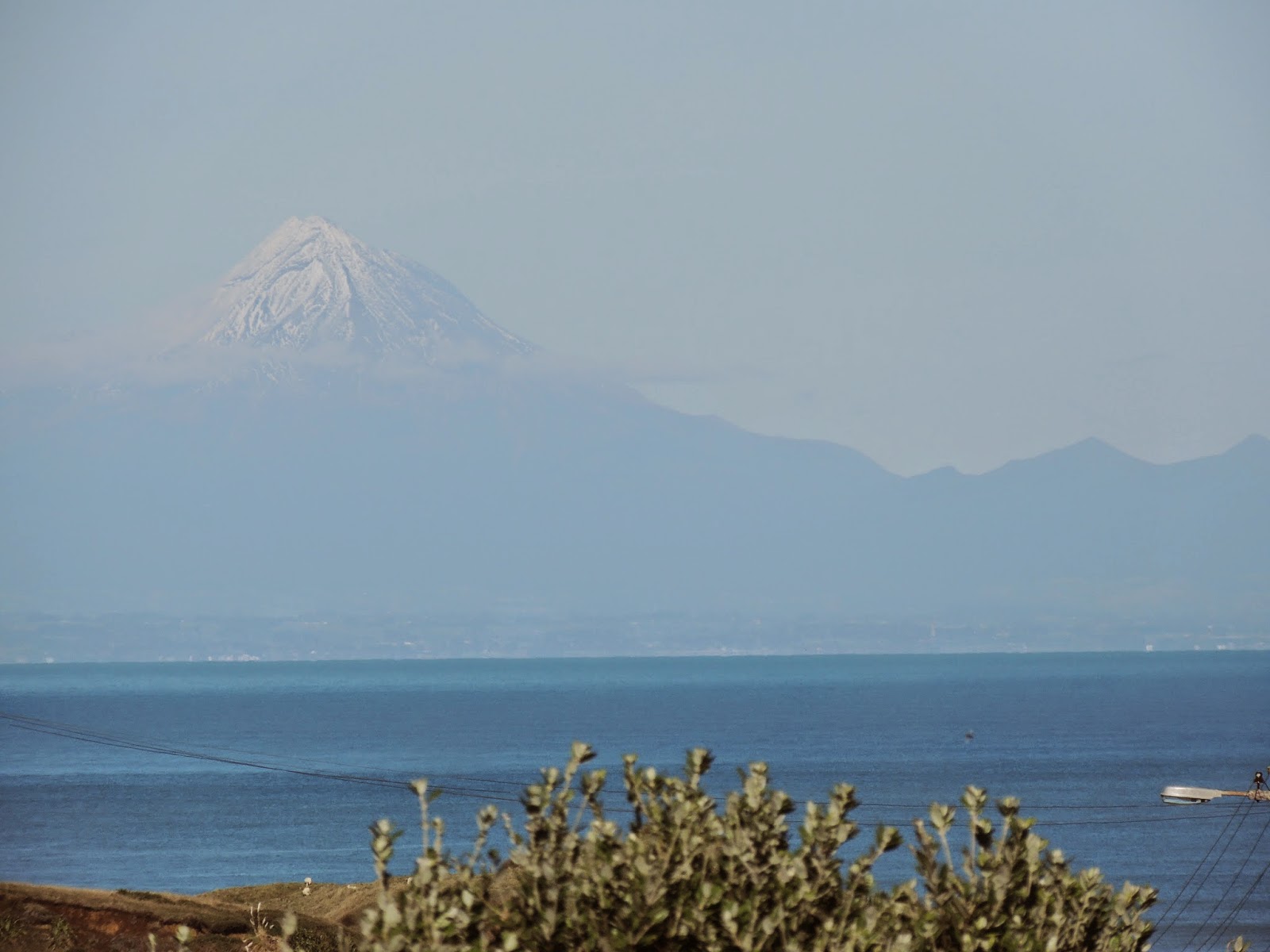 The NASA satellite view is enough to make your head explode.