Just down the North Taranaki Coast from Mokau is a rock formation called the Three Sisters. An easy stop off the road (where this picture was made), we decided to investigate Sunday, but were thwarted by the high tide. 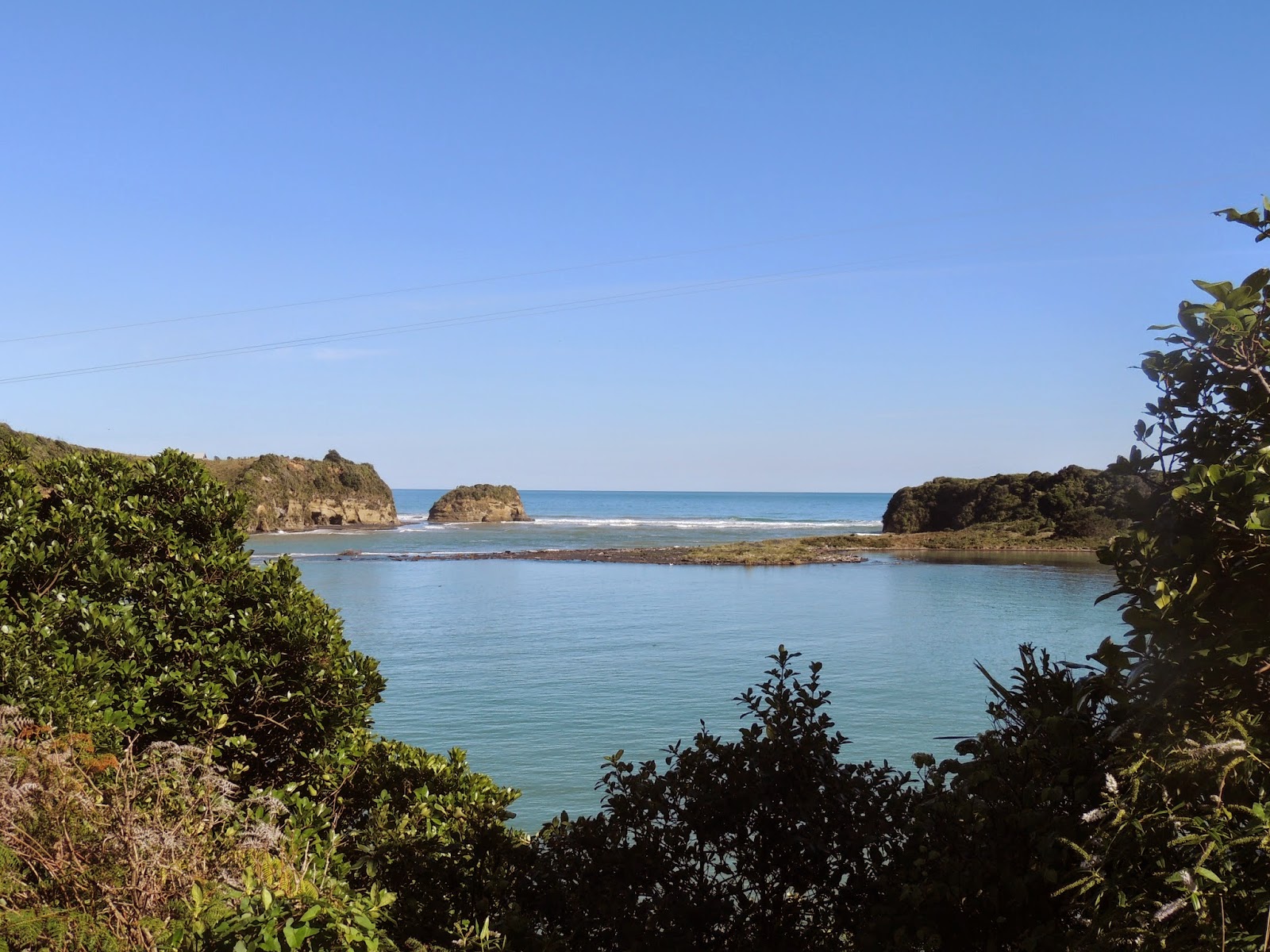 Len at the history museum in Mokau suggested we see it, but warned darkly of two young guys who had walked around the rocks as the tide was coming in and were swept out to sea, never to be found. 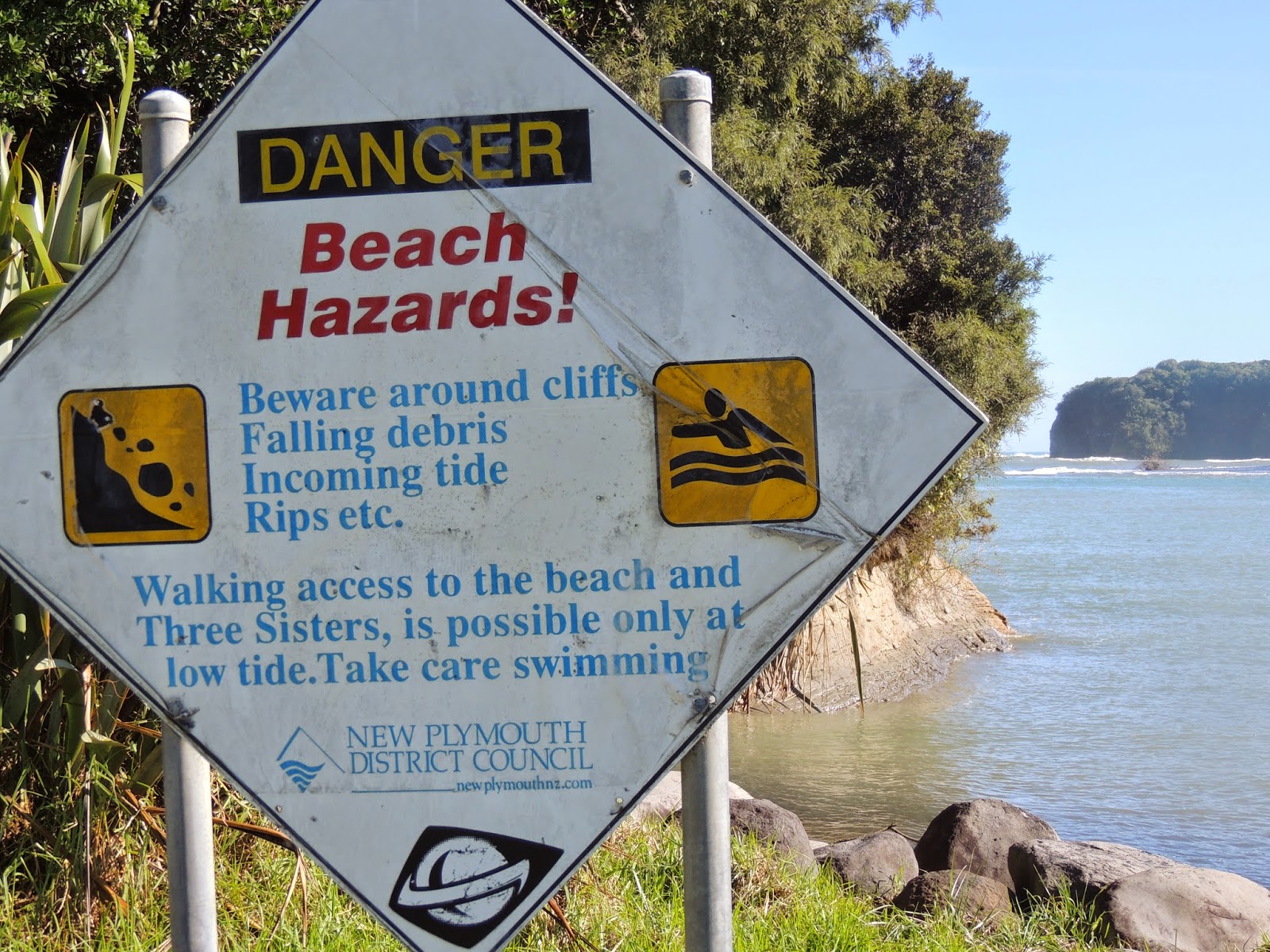 The rocks are just around this bend at left, and obviously it's high tide, though even as we stood there it felt like it was receding. 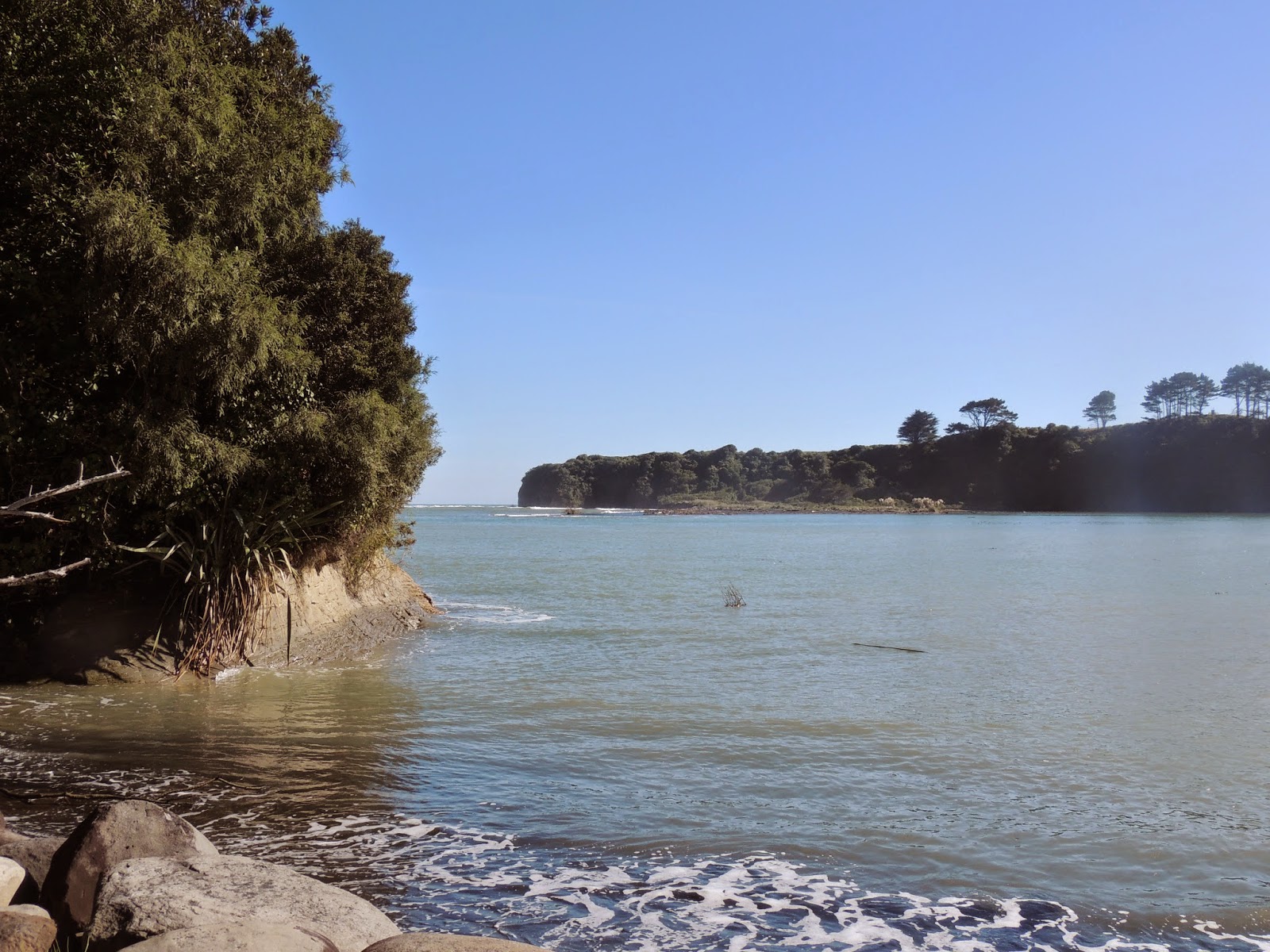 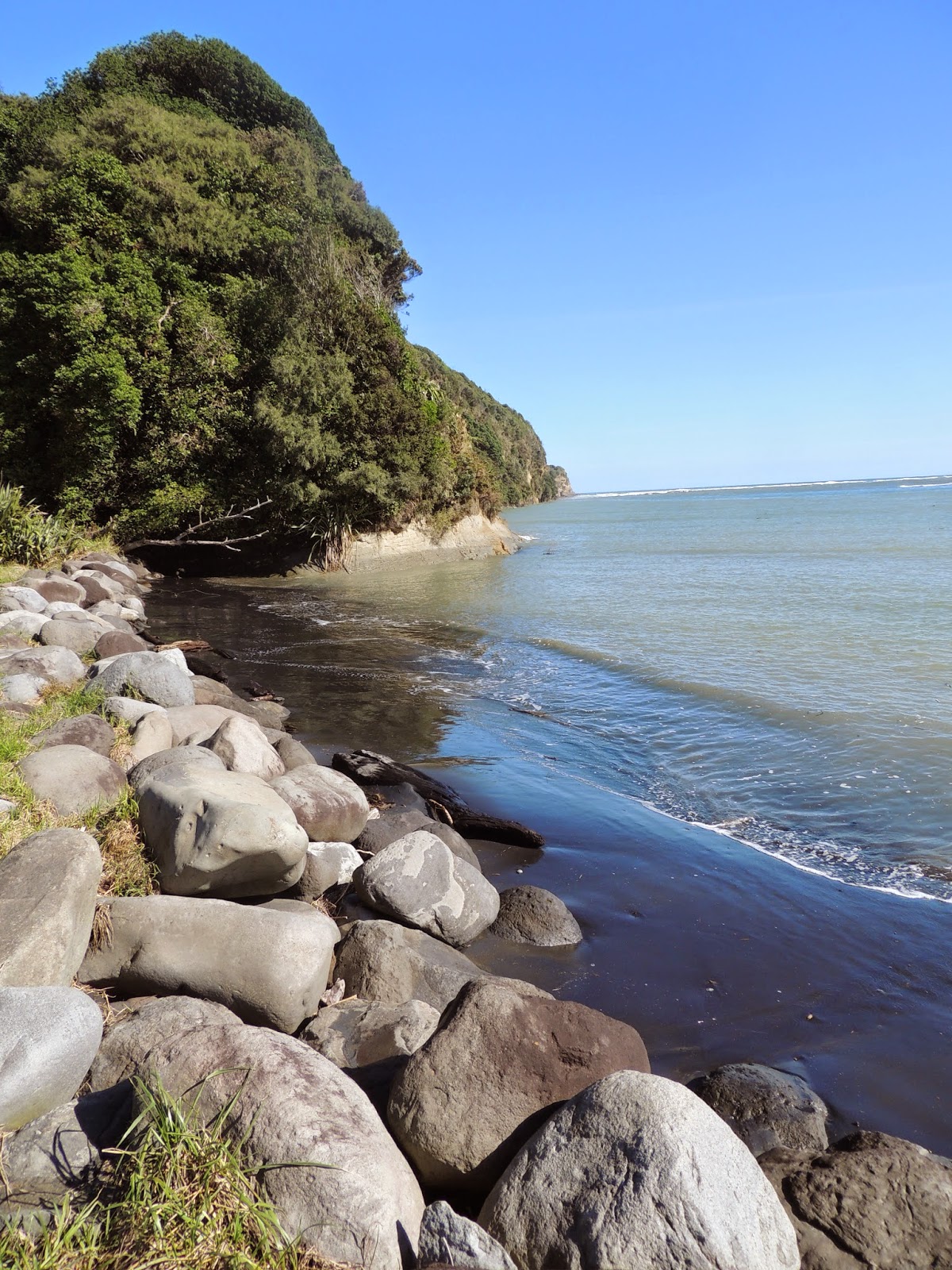 If your timing's right, you're rewarded with this. Via...

From The Encyclopedia of New Zealand...

These rock formations are known as stacks. Many stacks were once arches that have collapsed, leaving just the upright columns. Over time these will also topple into the waves. This is already apparent in the Taranaki region’s Three Sisters, pictured here. The most seaward of the stacks is the smallest and will most likely be the first to topple, leaving cartographers with the job of renaming the remaining stacks the Two Sisters.