Easter Sunday was warm with a periodic shower, a splendid change from the intensely sunny City of Sails. We found Victoria Park on the map and set out.

Bisected by a major thoroughfare and wide open, this space was decidedly not Albert Park. 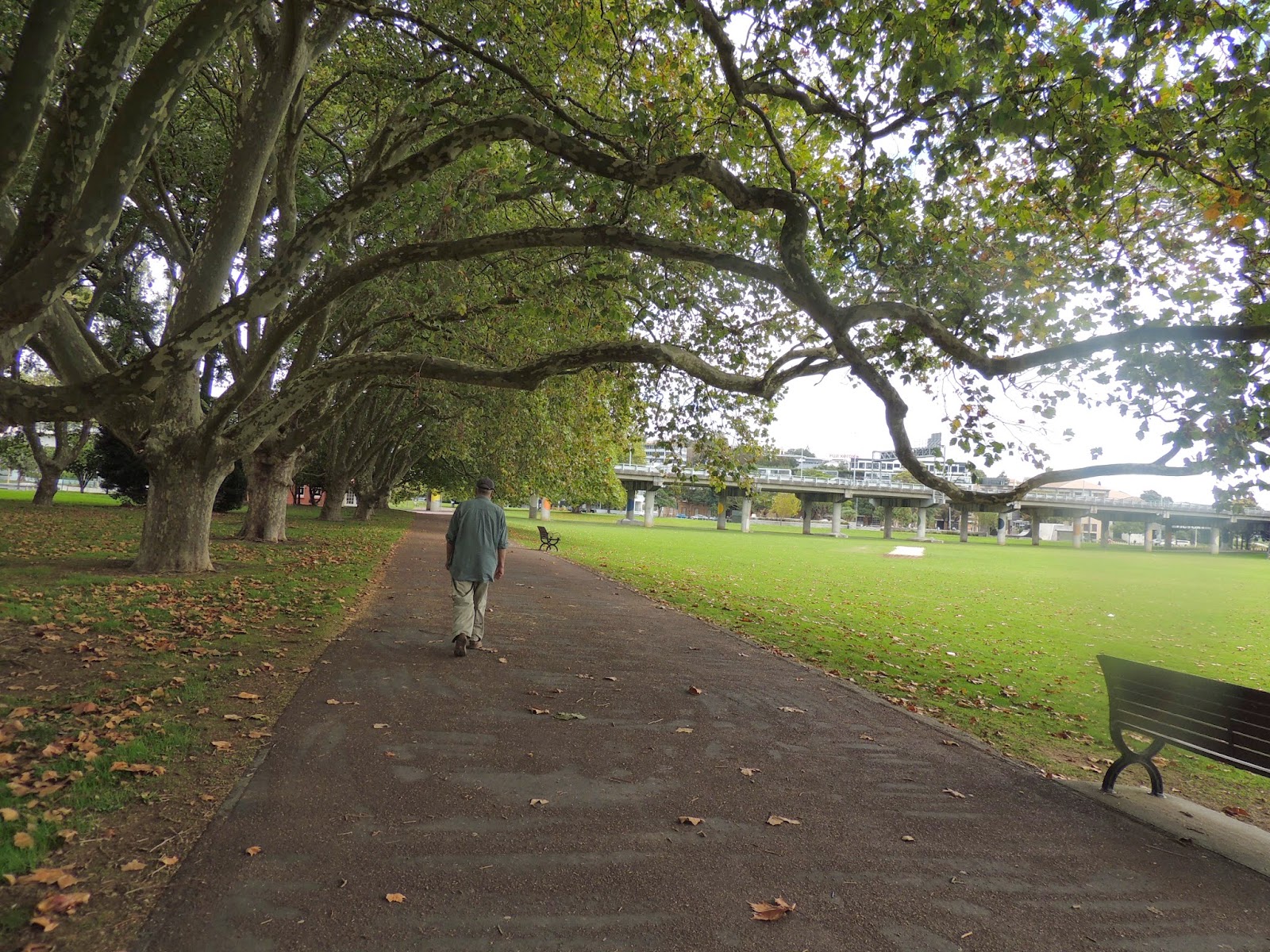 These beehives are new to me. A little research showed they're the product of a holistic beekeeping family business. 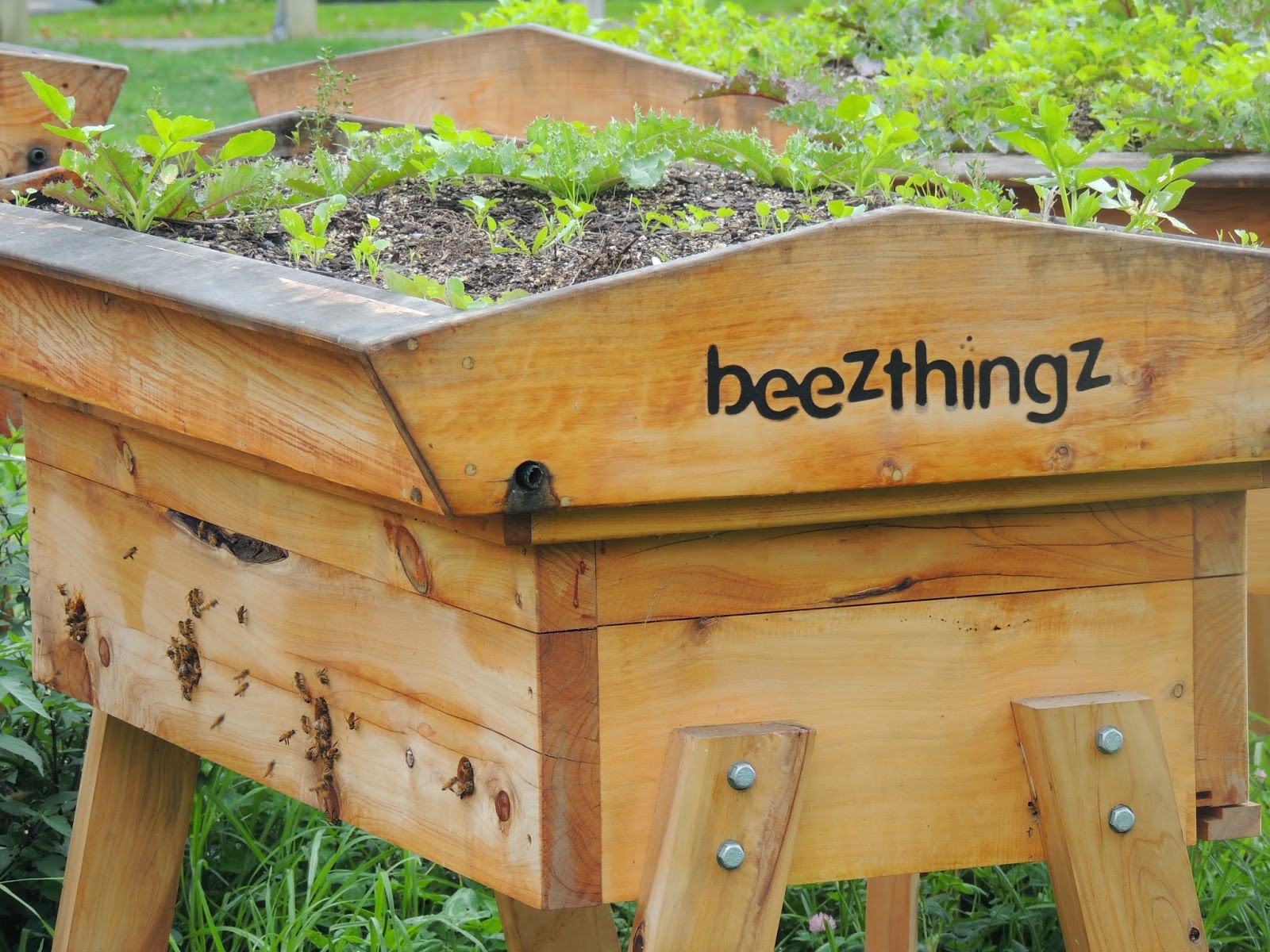 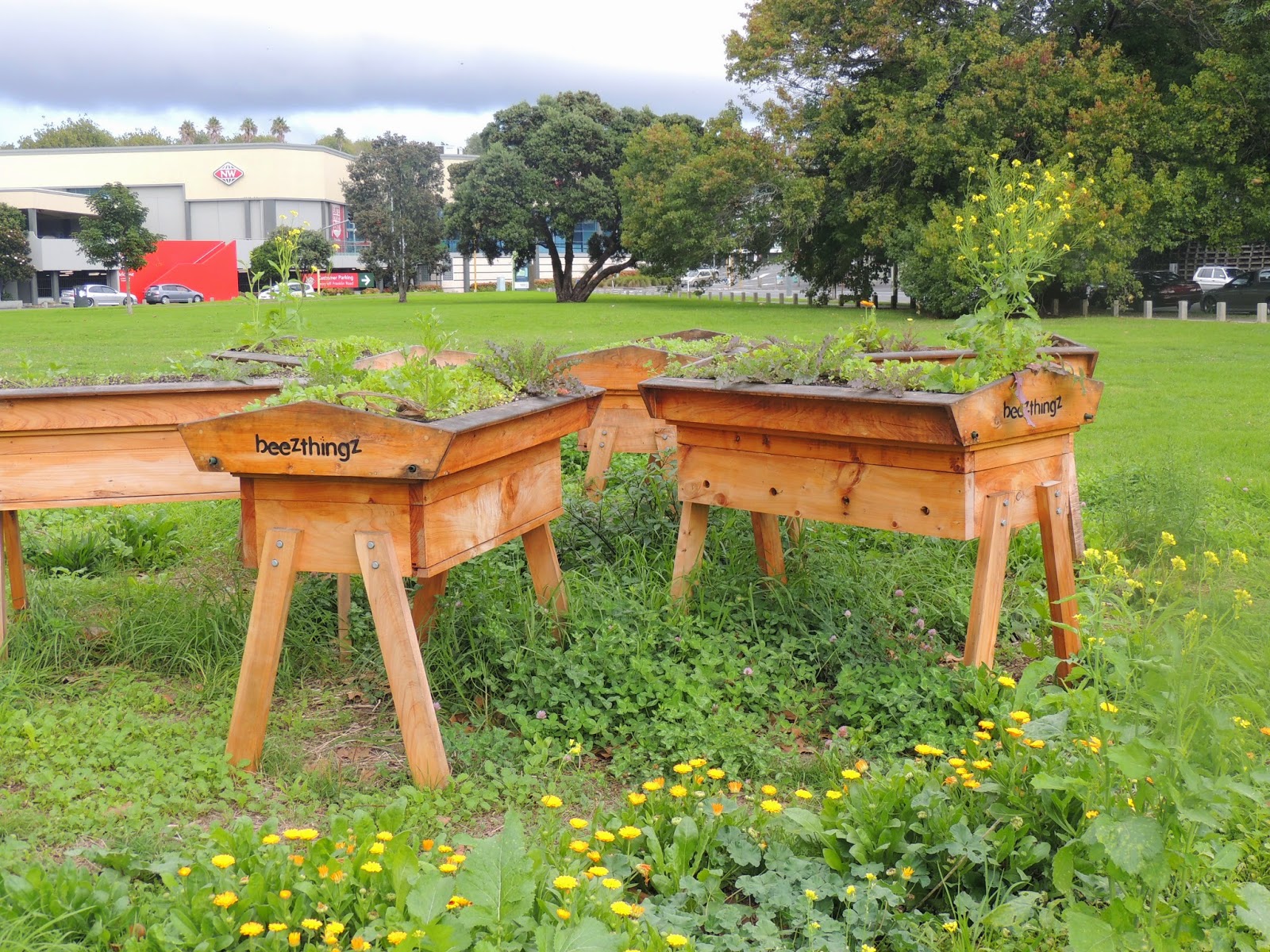 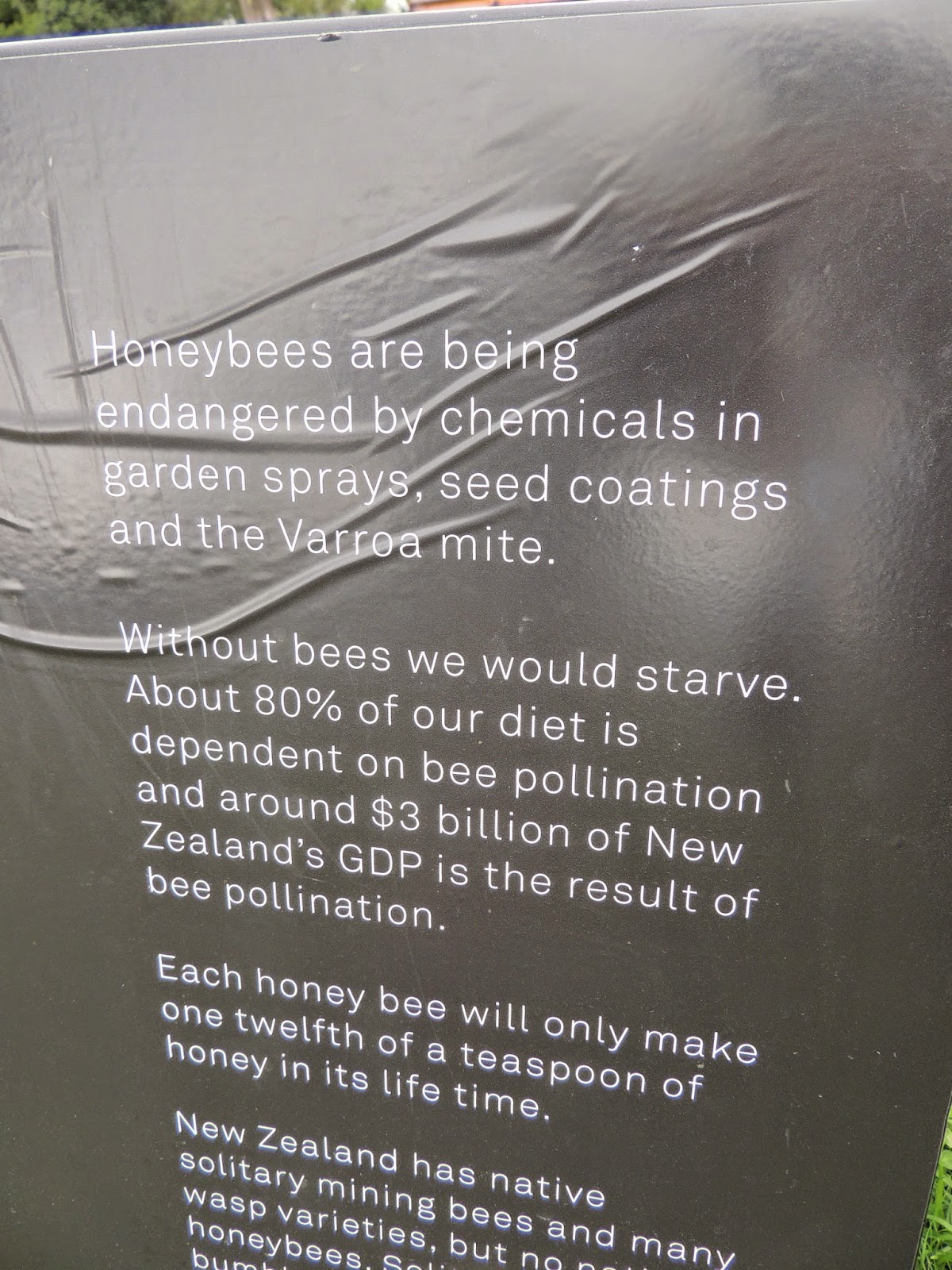 Elsewhere in the park, families were doing what Sunday-morning-in-the-park families do. These three little guys were captivating. They boldly tossed their scooters up the halfpipe, ran and leaped to make the ledge, and then considered the way down (me with my camera poised)...and considered, and considered. Apparently daunted, they pushed their scooters over the edge and slid down on their derrieres after them. 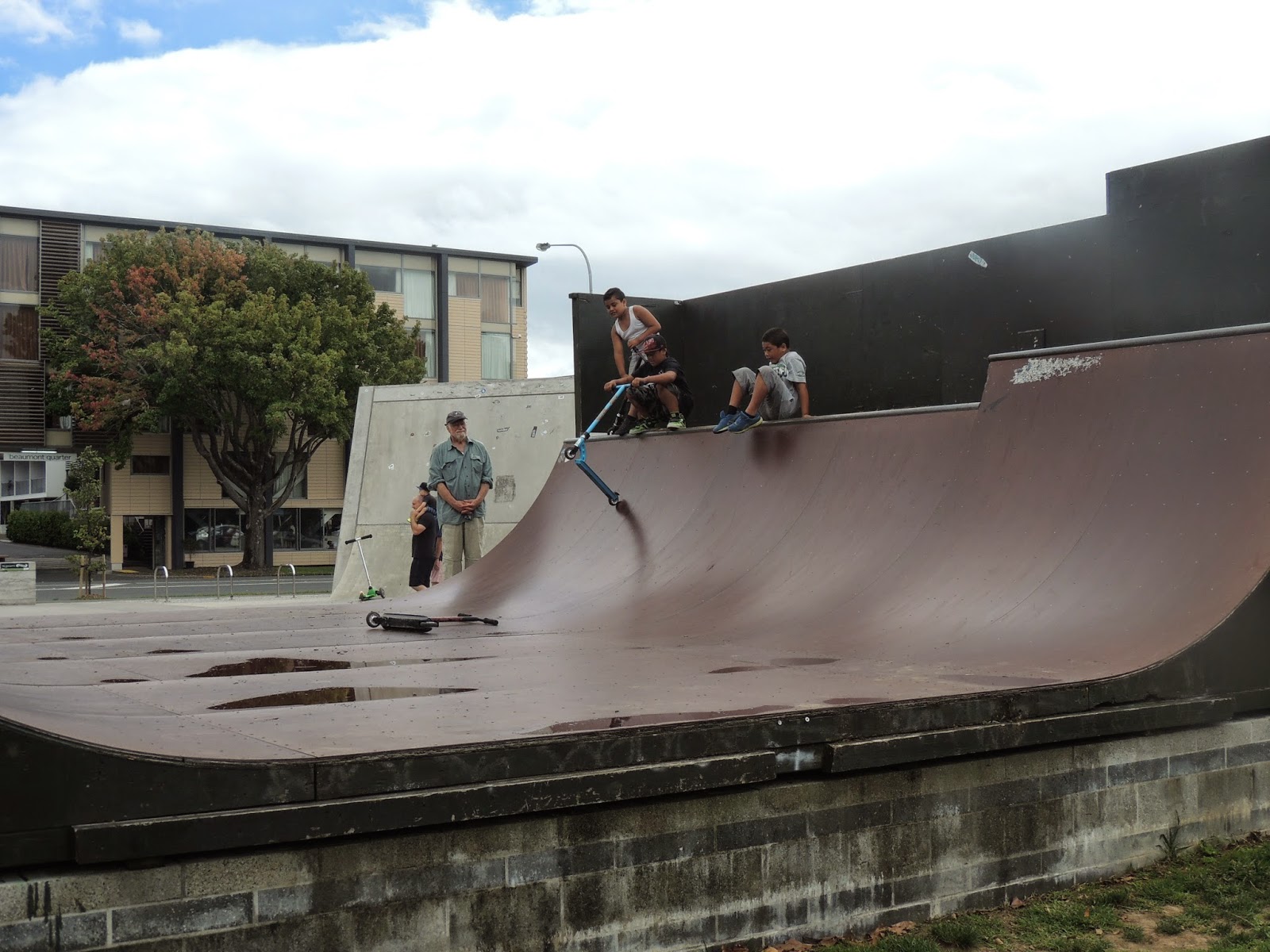 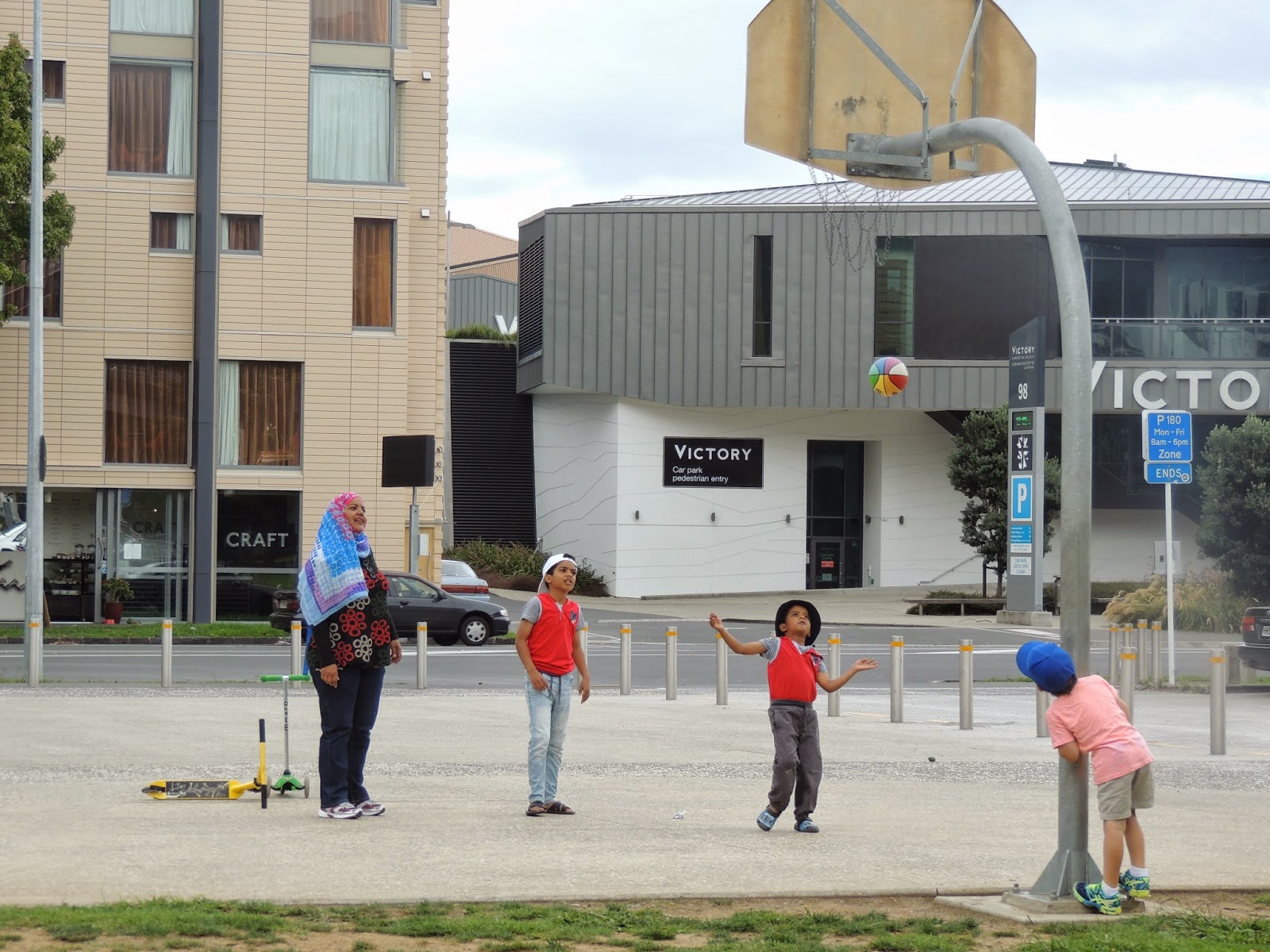 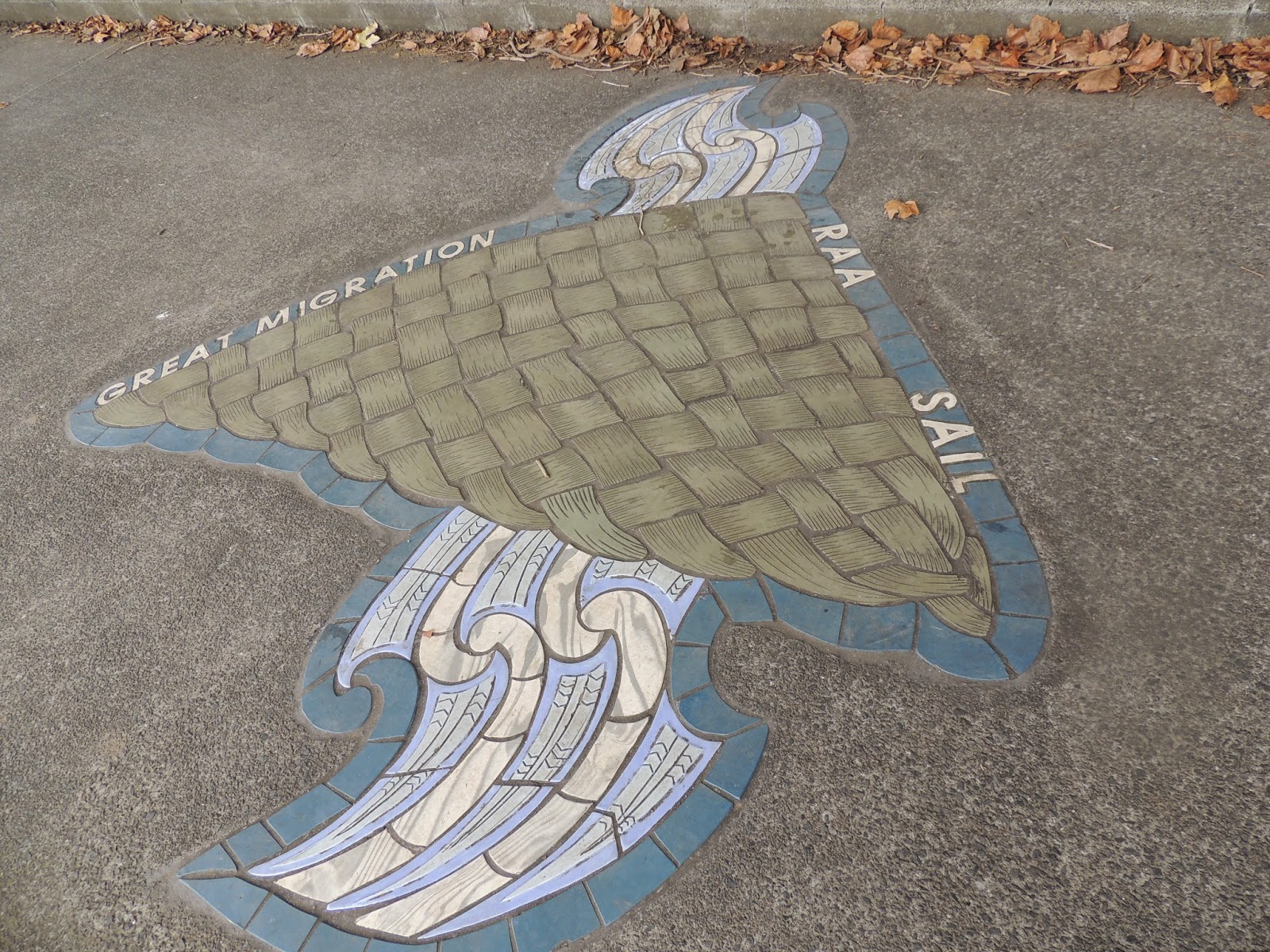 And there was cricket. 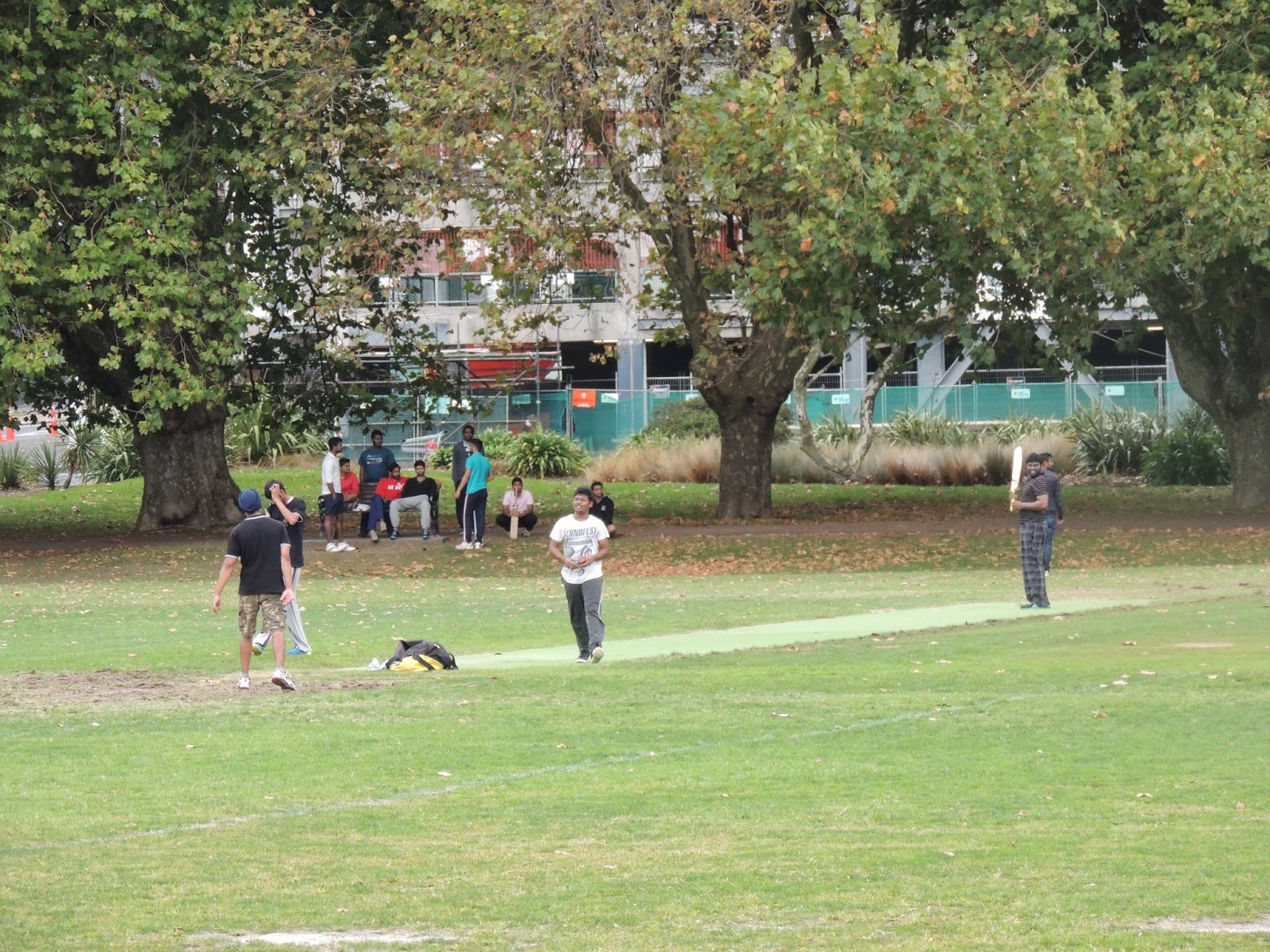 A tiny cafe offered morning coffee. We met a nice family, he a French national and she Irish, currently living on New Caledonia. Their boys were playing with an oddly shaped ball and I asked "What is that ball that looks like a US football only rounded on the ends?"

After some confusion over "US football"we figured it out: a rugby ball. (I am just as clueless about sports here as I am at home, but I'm gonna ramp up because I guarantee you I don't want the NZ All Blacks coming after me, shown at the link doing their awesome haka, or Maori war challenge). 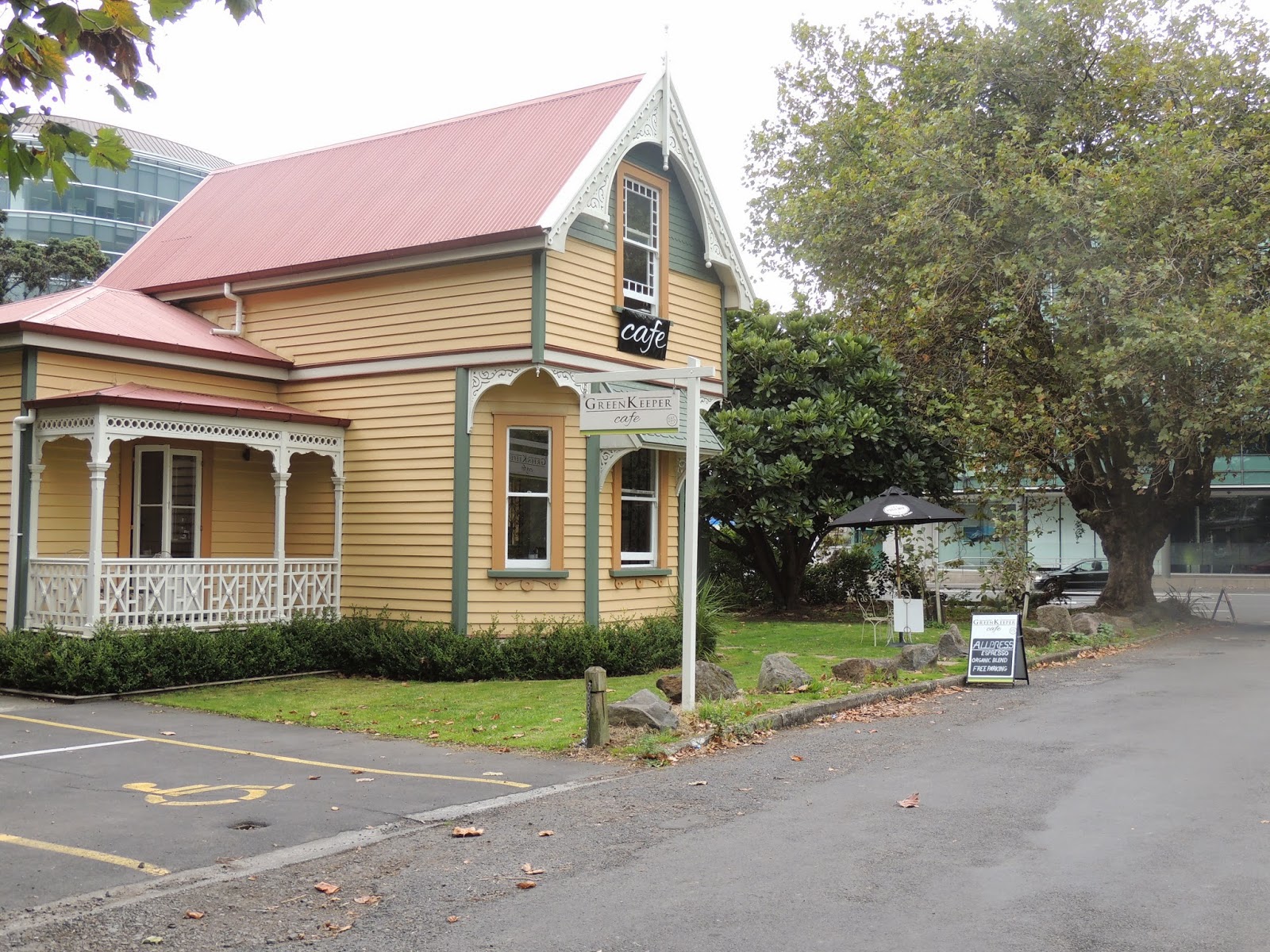 Wending our way back to the waterfront, we strolled Viaduct Harbor, where posh people live and apparently tie up their even posher boats. 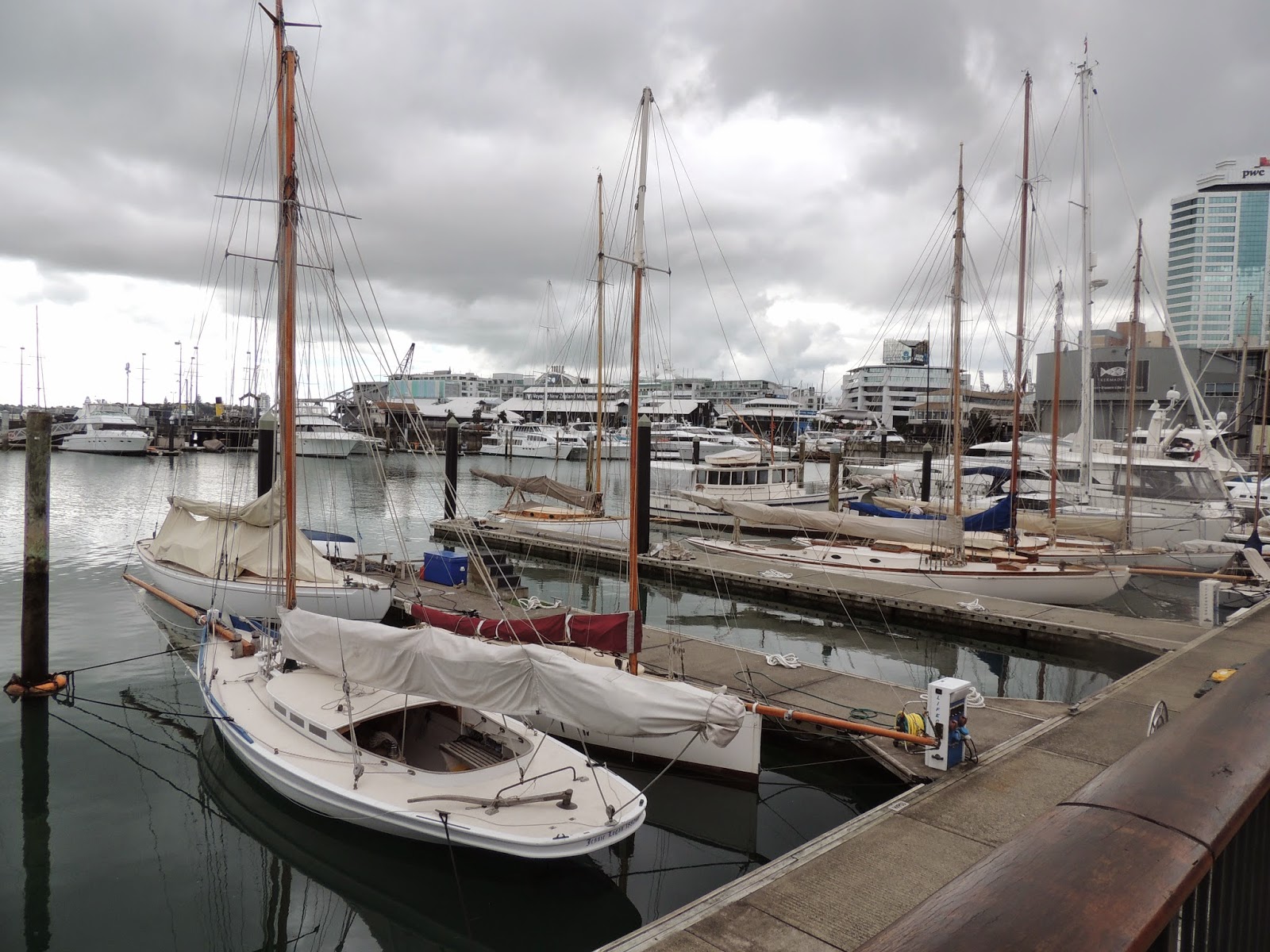 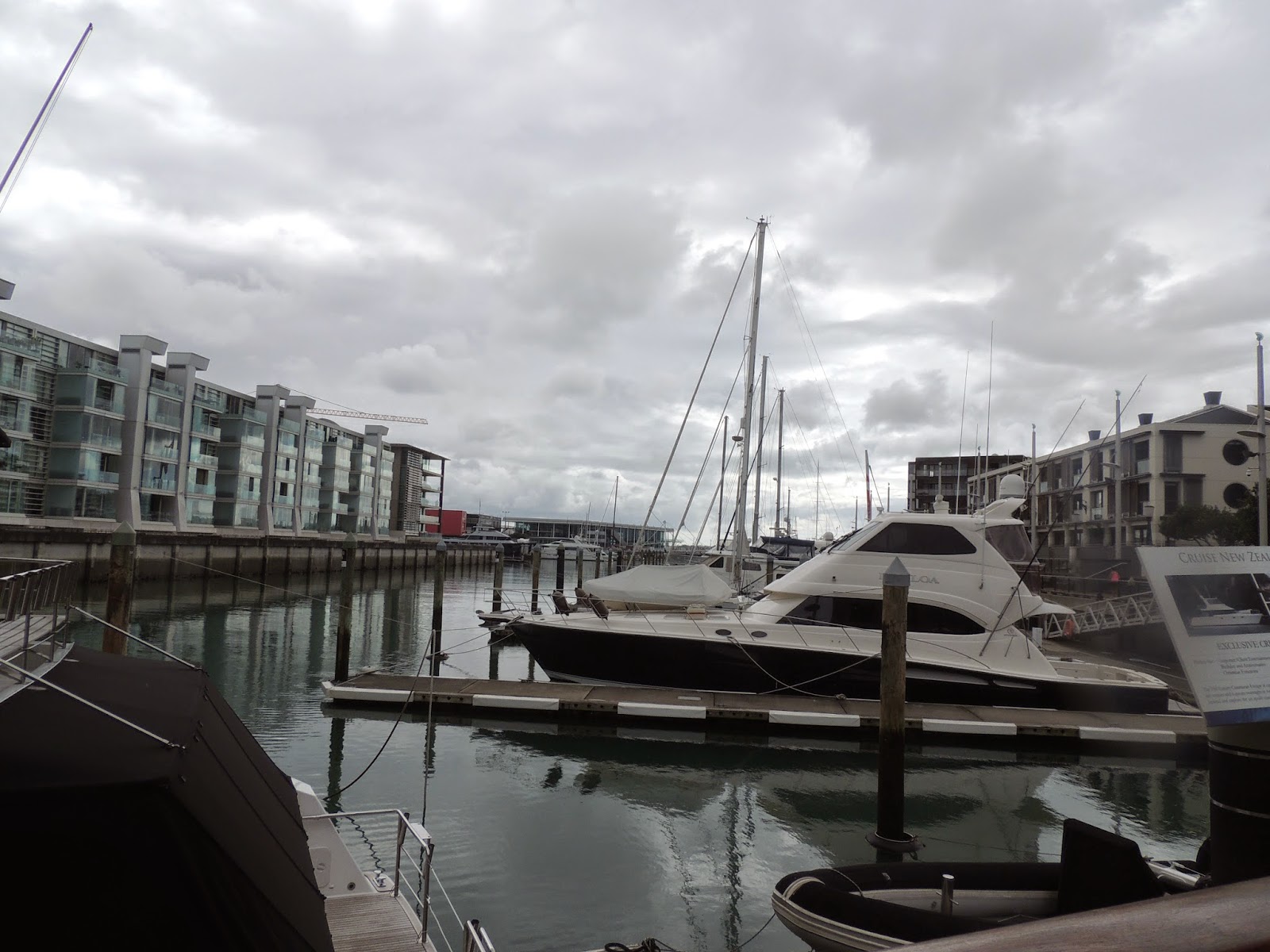 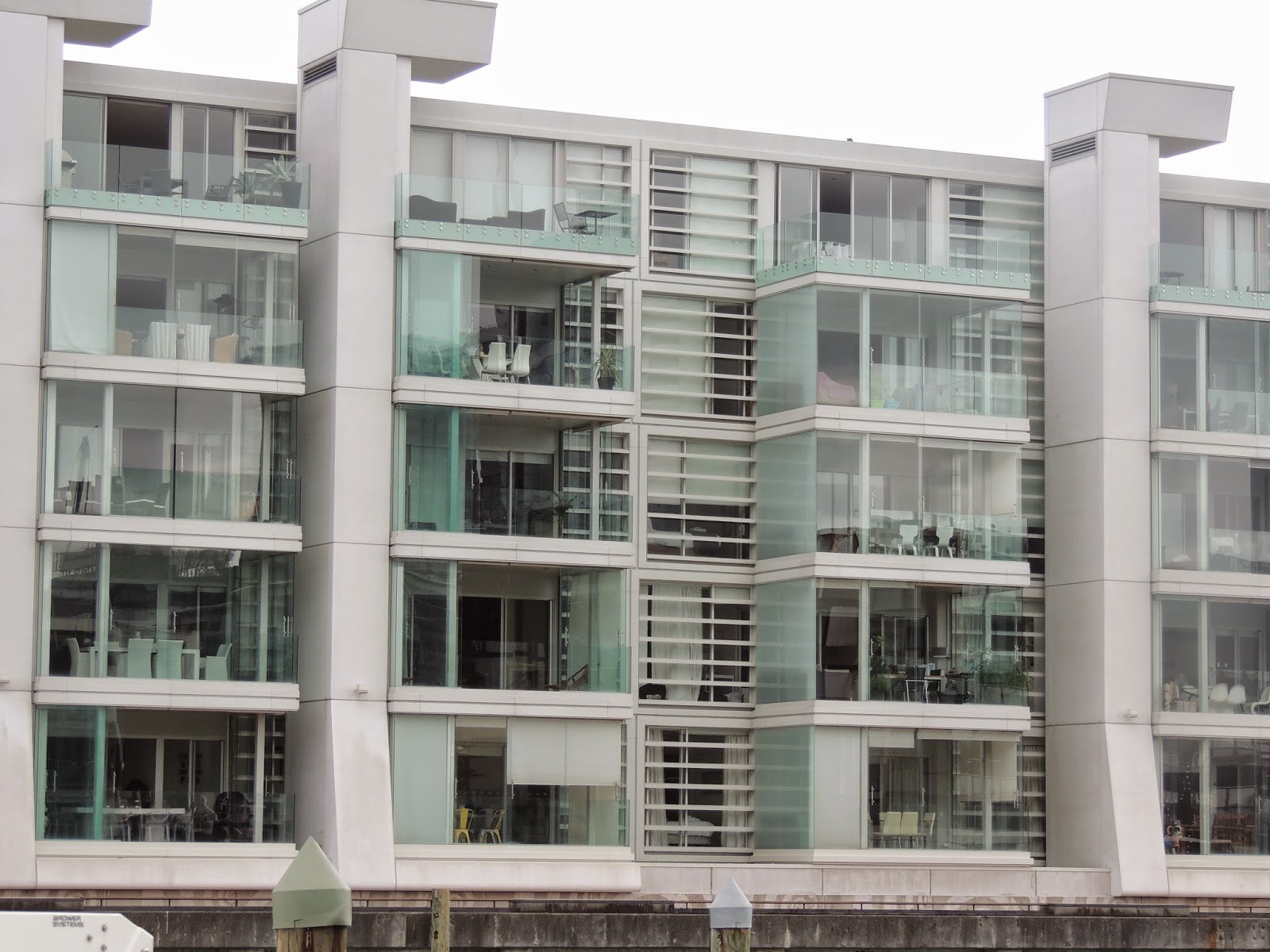 Read the glorious history of this vessel... 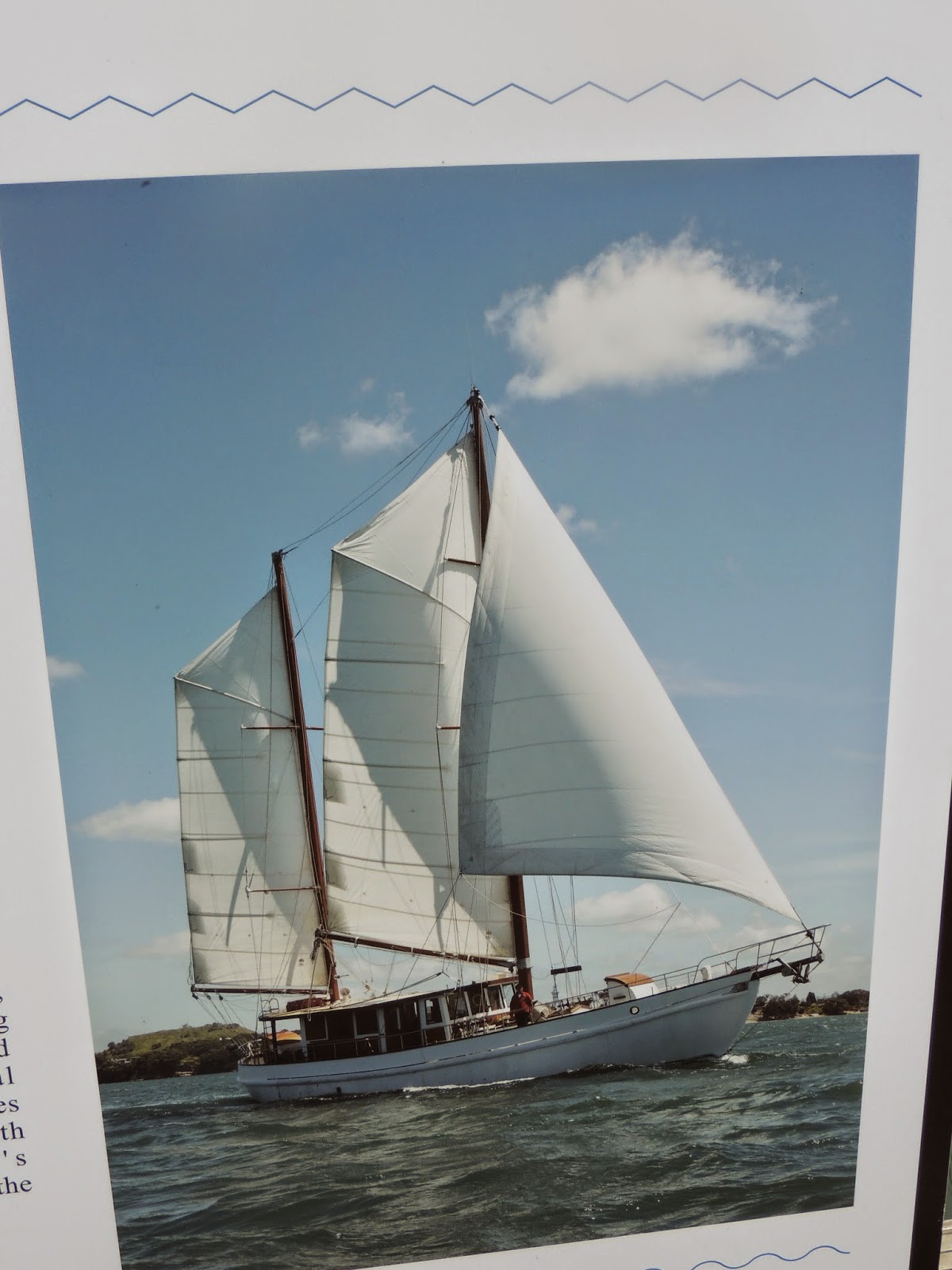 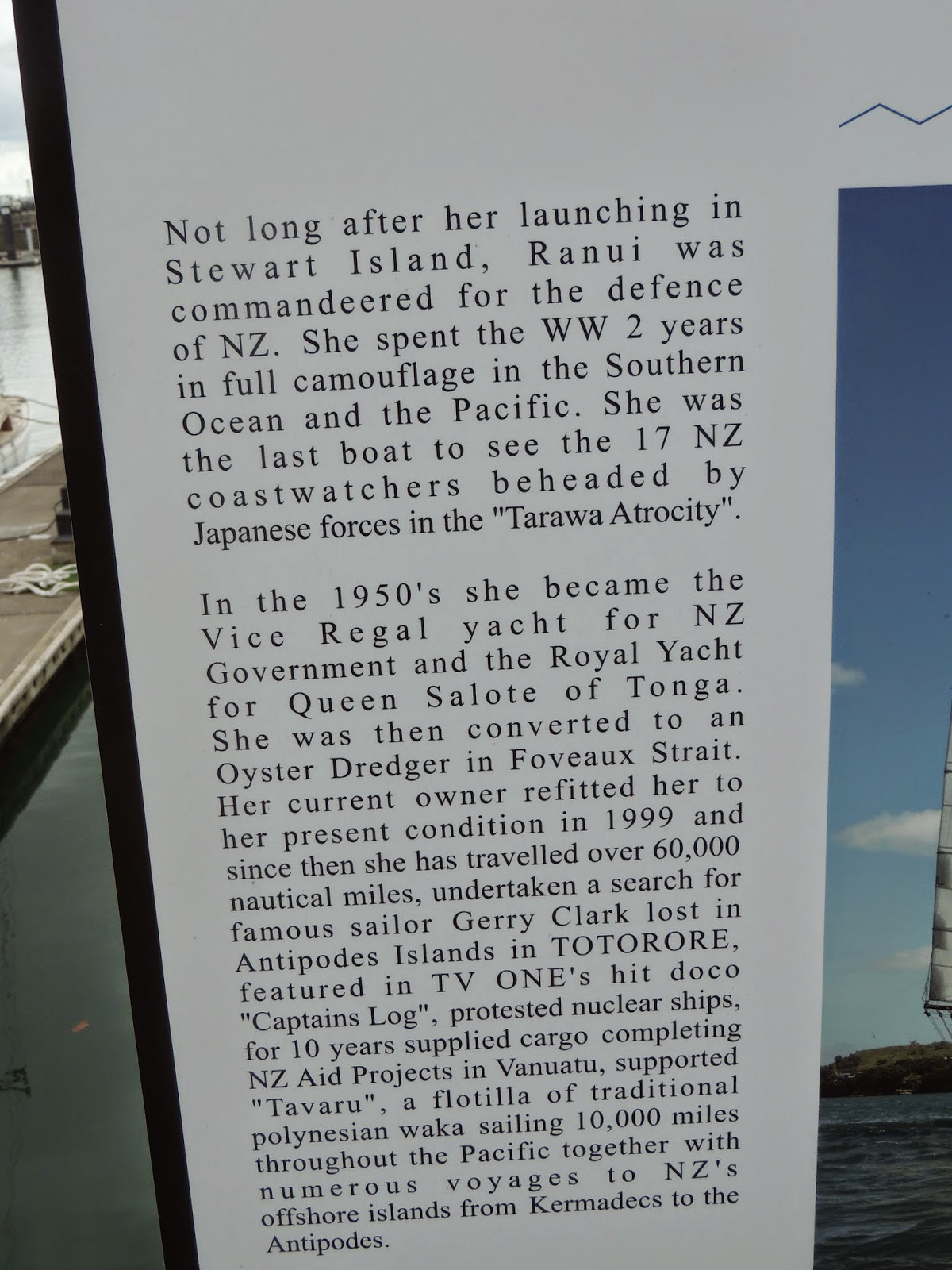 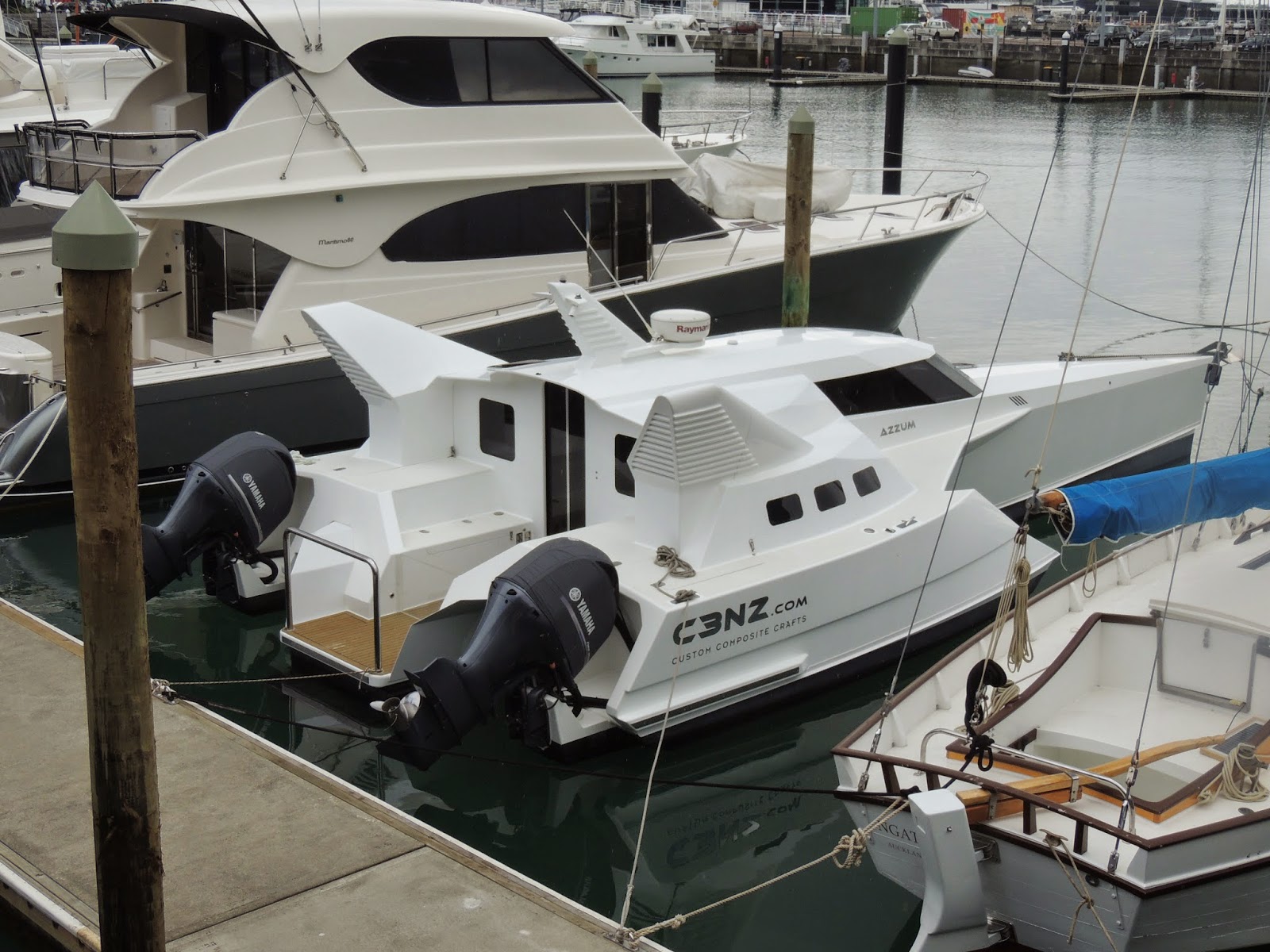 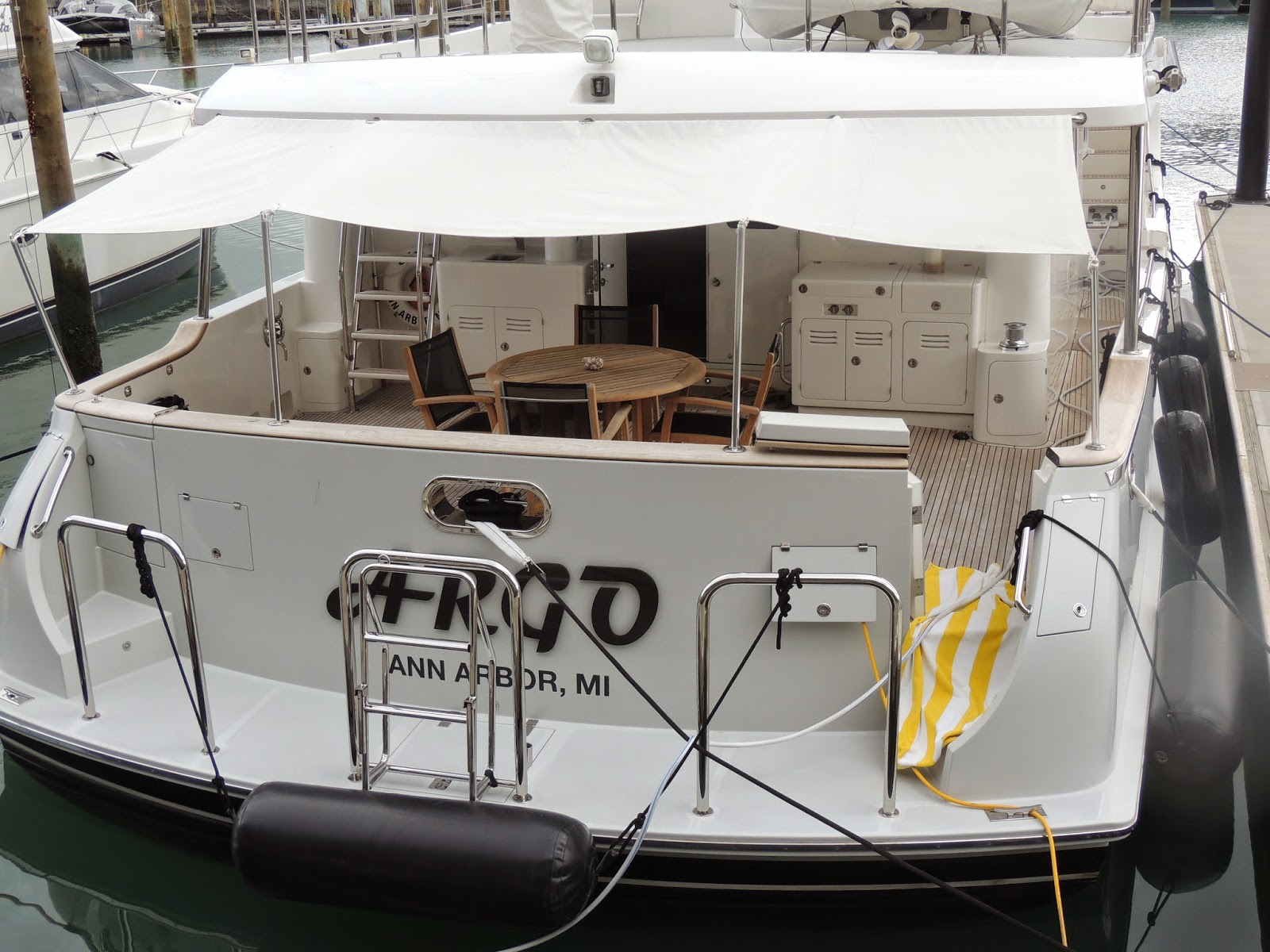 On to the eateries, a never-ending necklace draped along the waterfront. 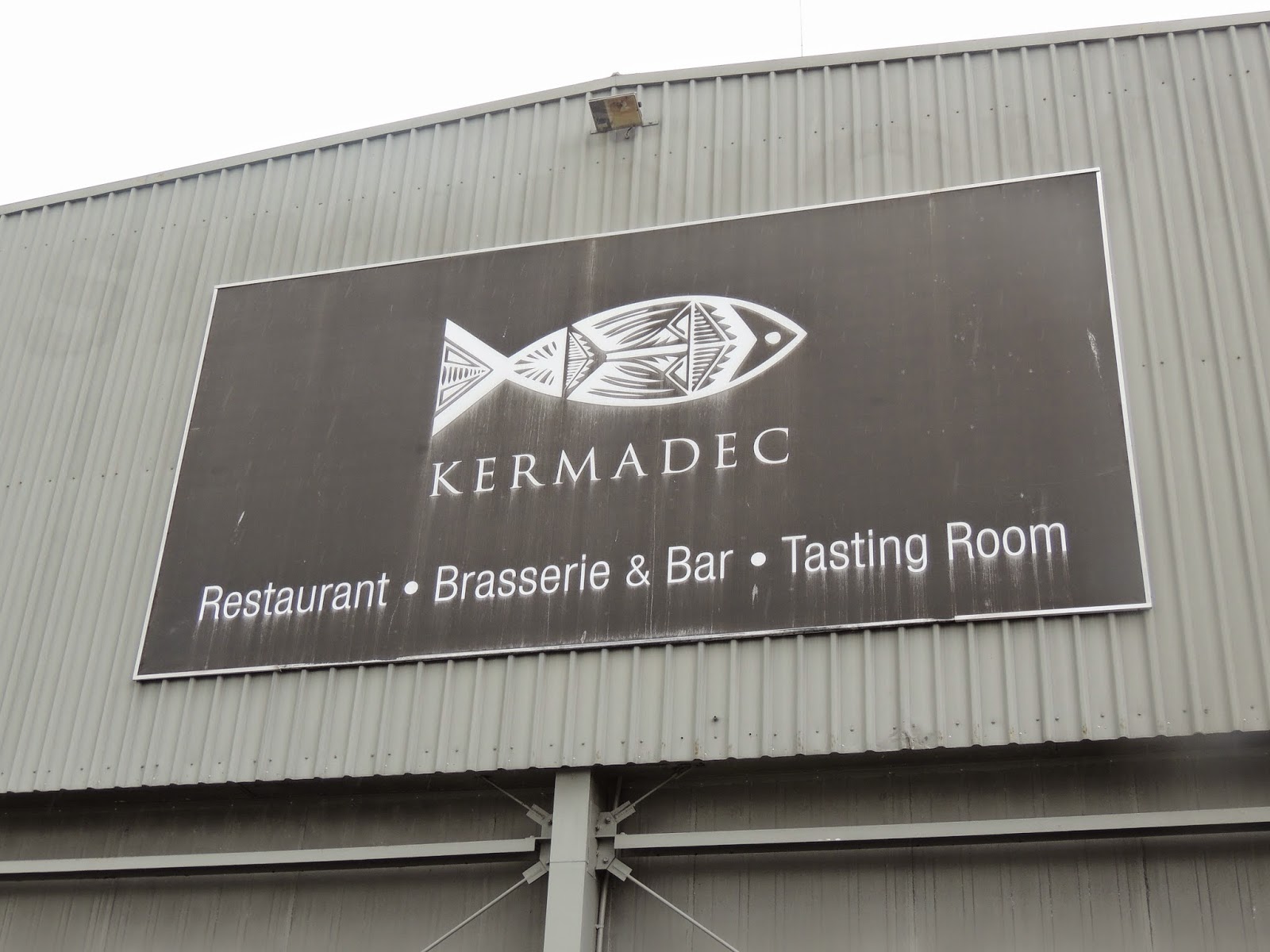 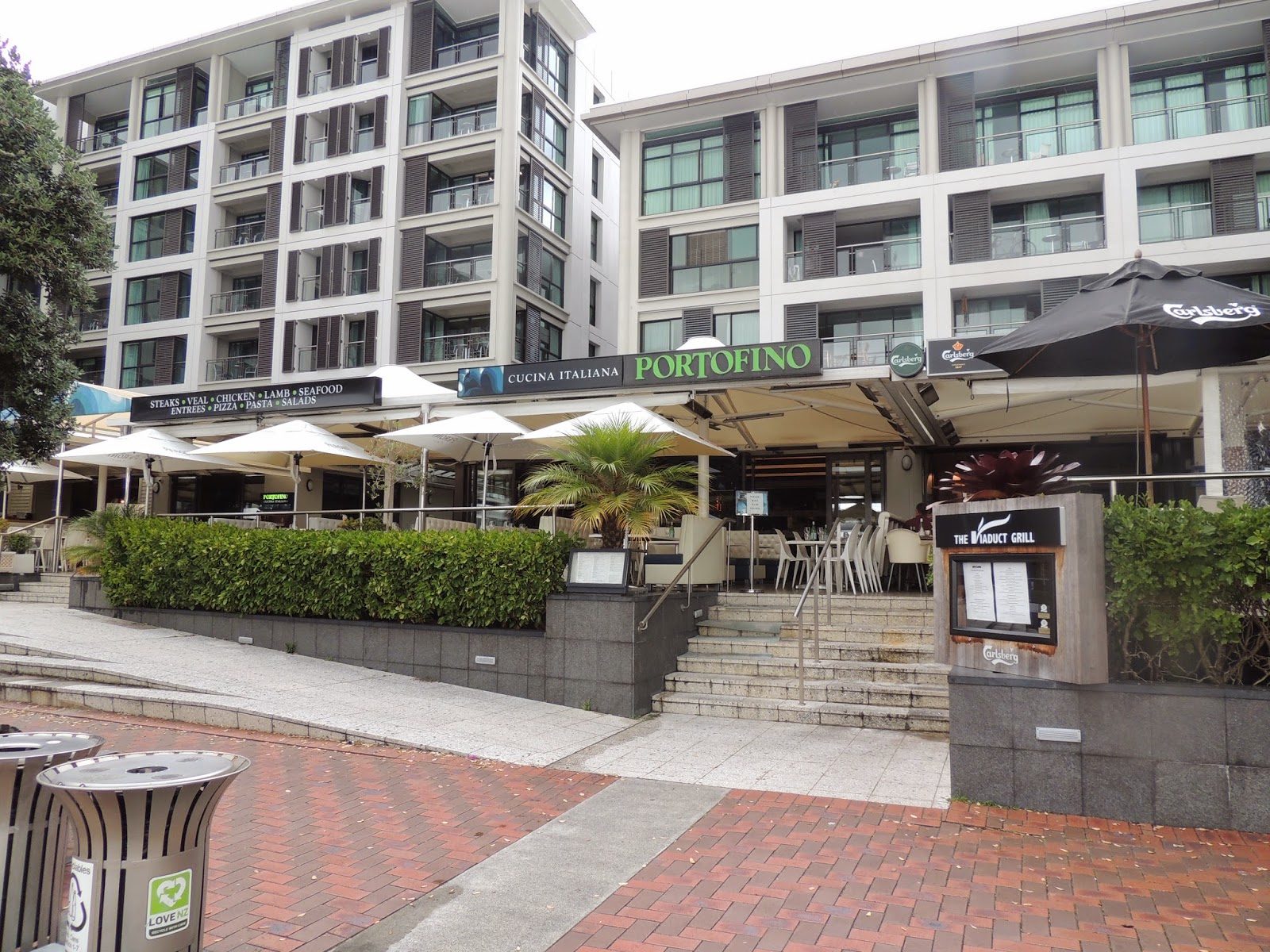 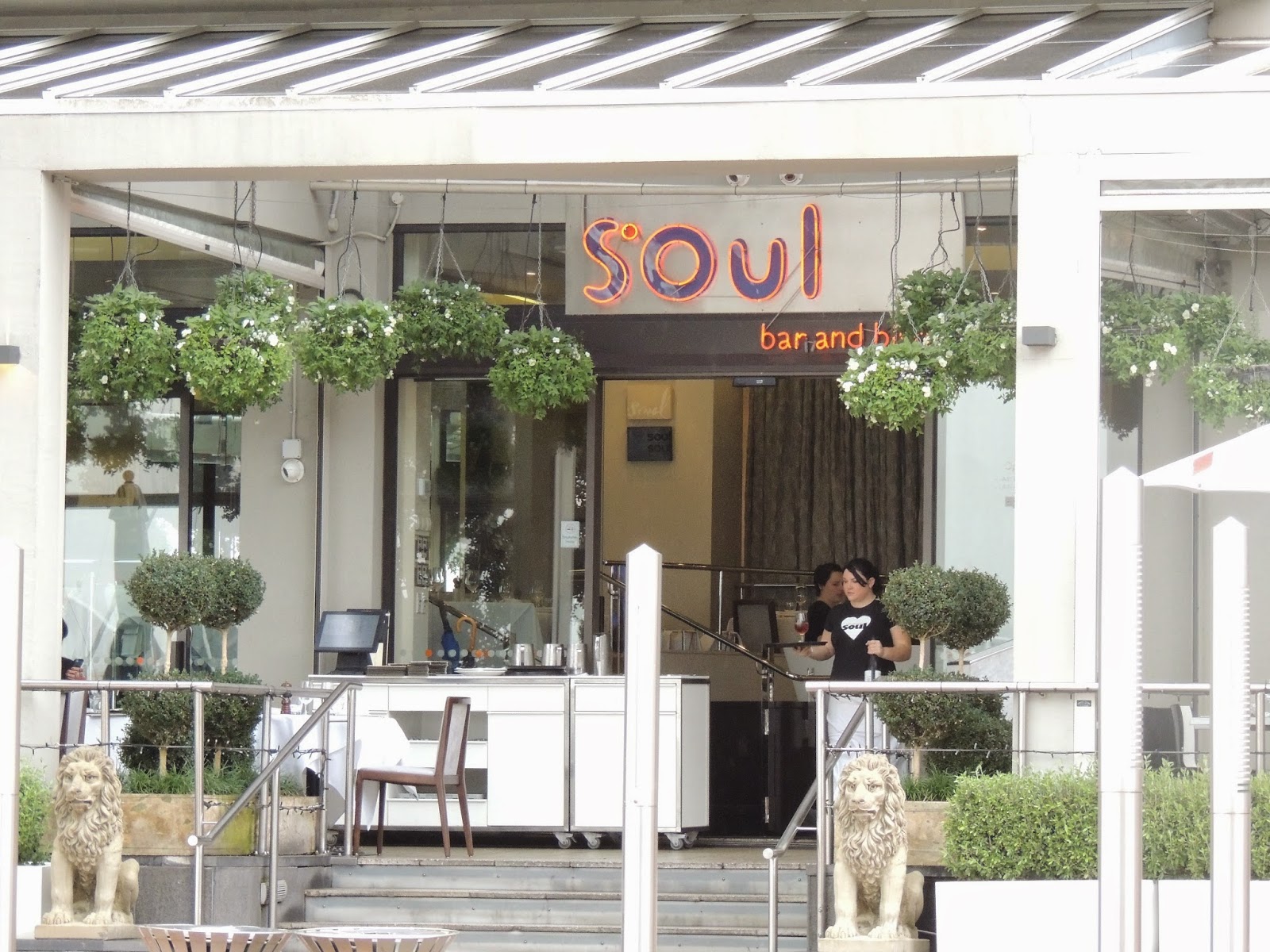