Mokau, a Maori word meaning "winding stream," is snugged on the west coast of the North Island, some of its 400 souls clustered along an endless stretch of black sand beach. Location at the red pin: 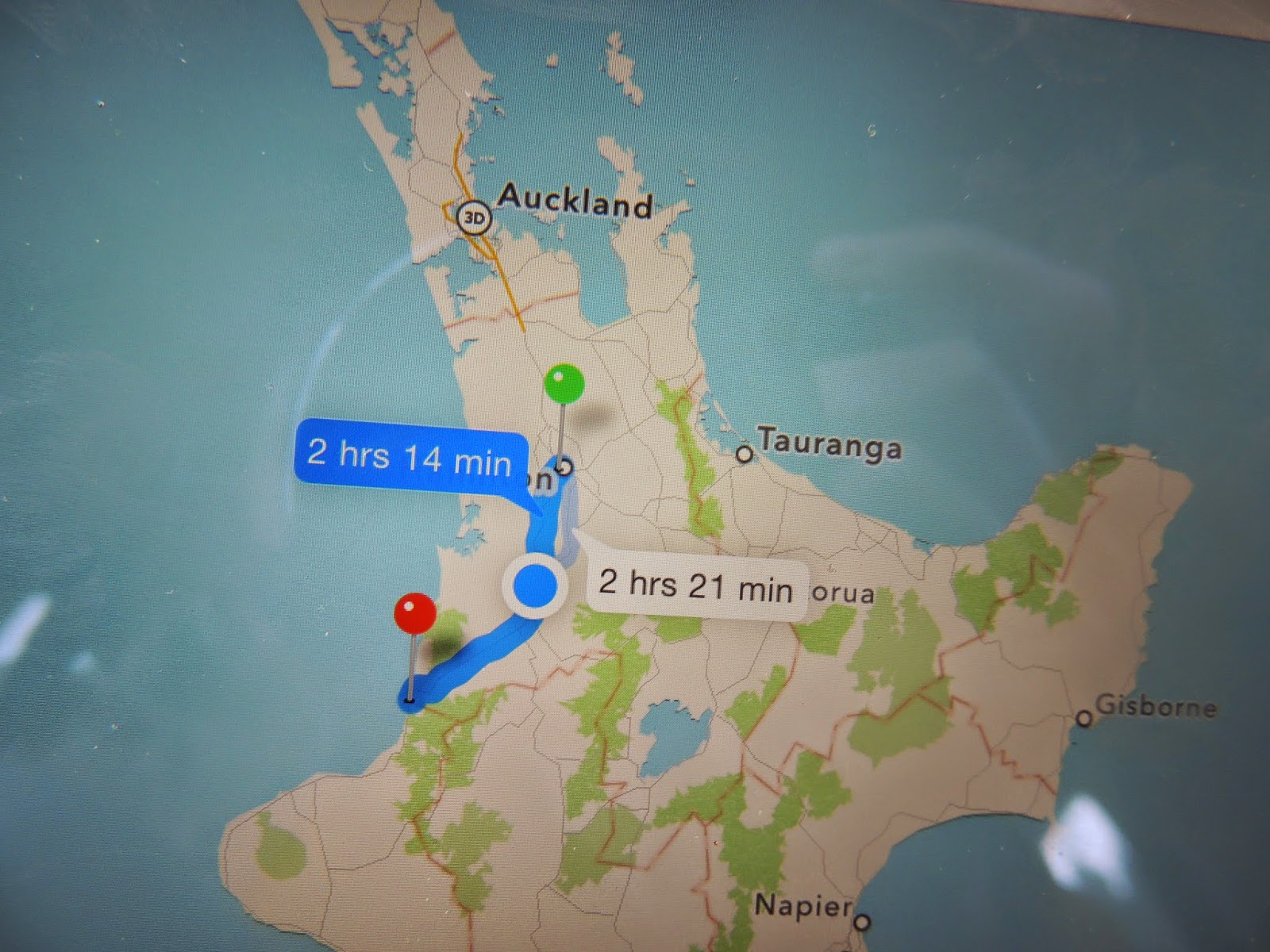 We booked in at the Mokau Motel (possibly its only motel), quietly lovely with a fine view and a goat in a coat. 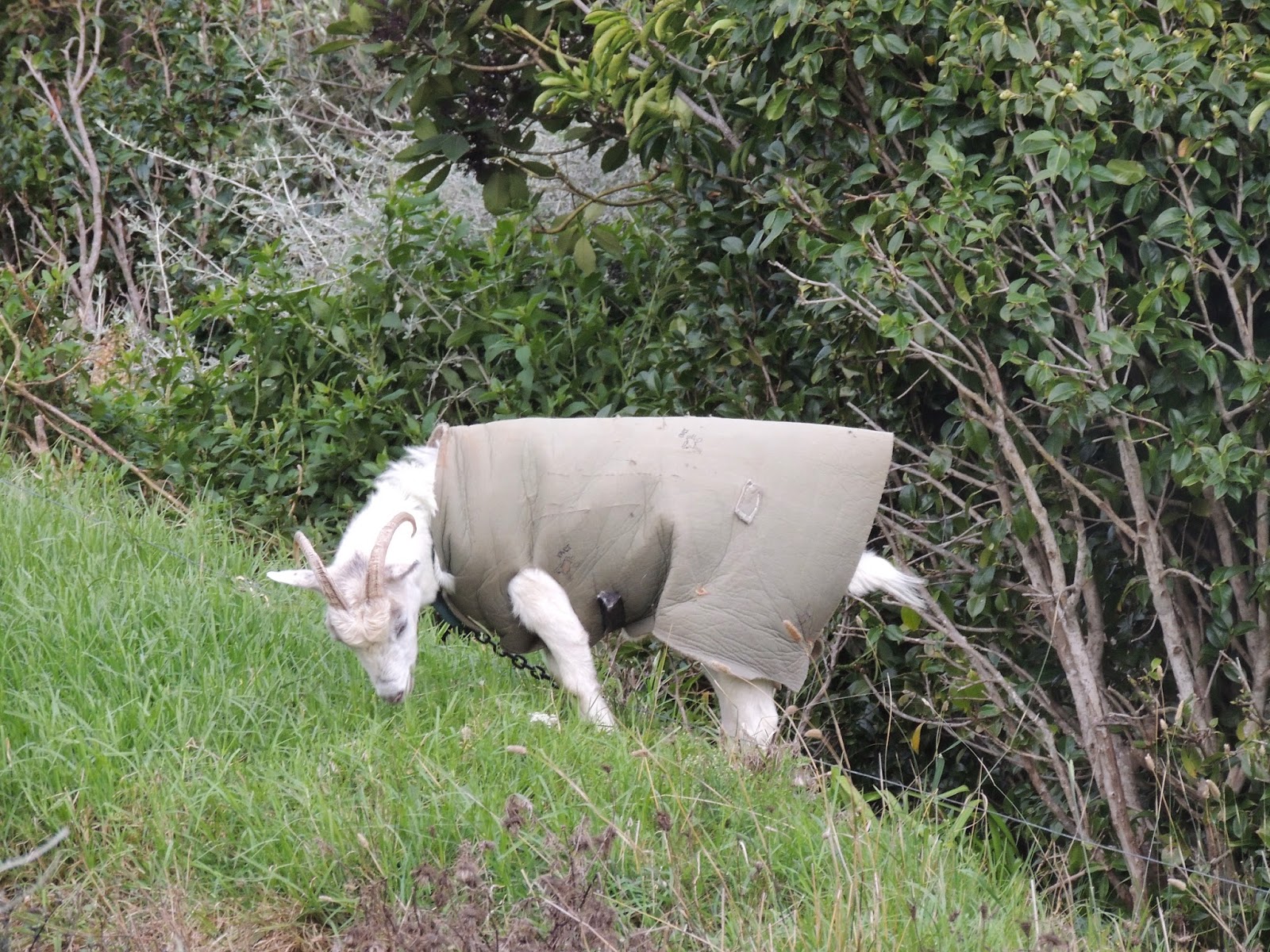 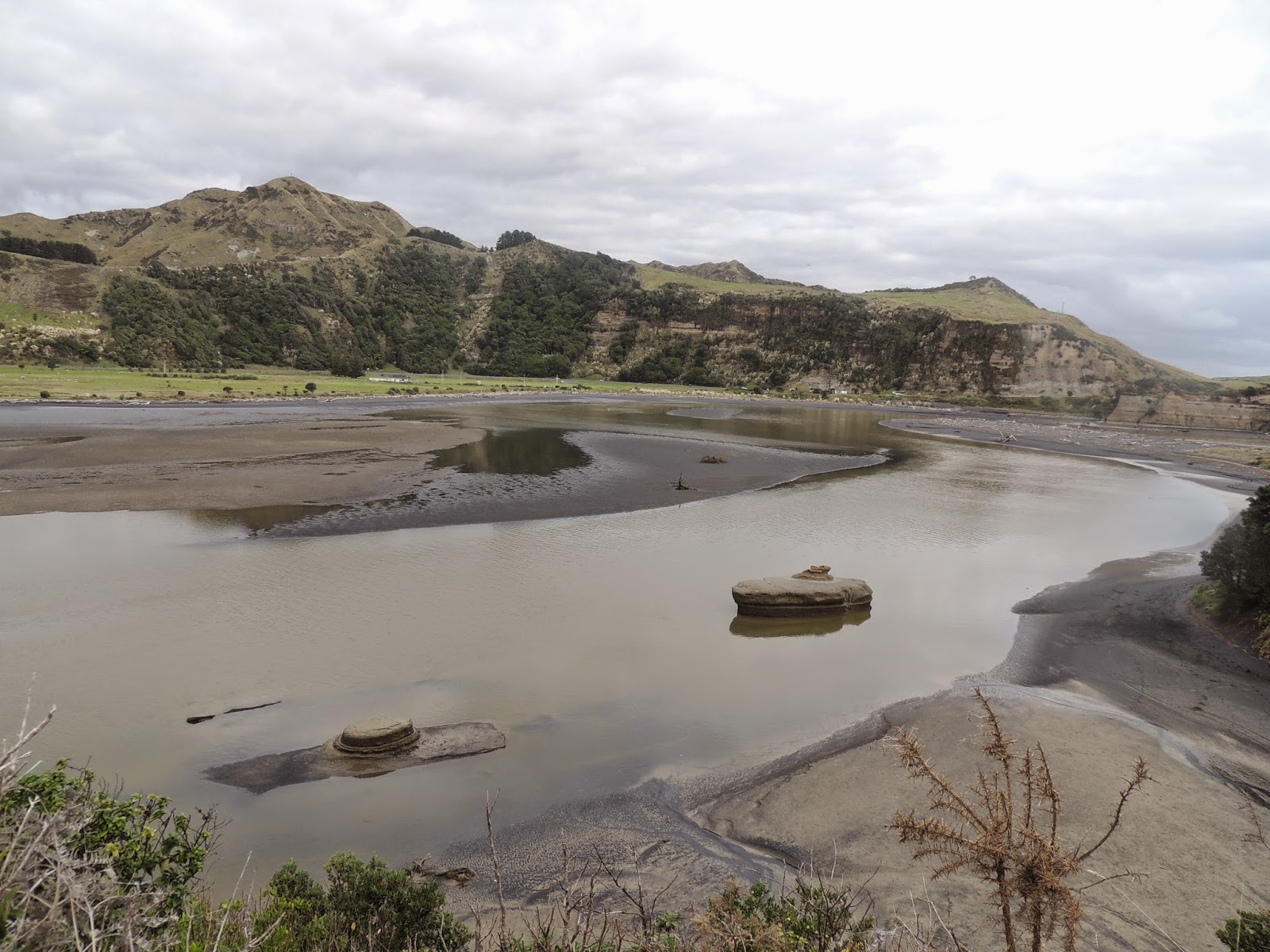 Today's breakfast for a big day walking: pumpkin, spinach, bacon, and NZ's own feijoa (fay-JOE-uh). Our first taste of this autumn fruit, which grows in many yards here, was...uh...interesting. Wiki says:


Feijoa fruit have a distinctive smell. The chemical methyl benzoate smells strongly of feijoas and the aroma of the fruit is caused mostly by this and other closely related chemicals.

They taste to me like perfume, though not an unpleasant one. 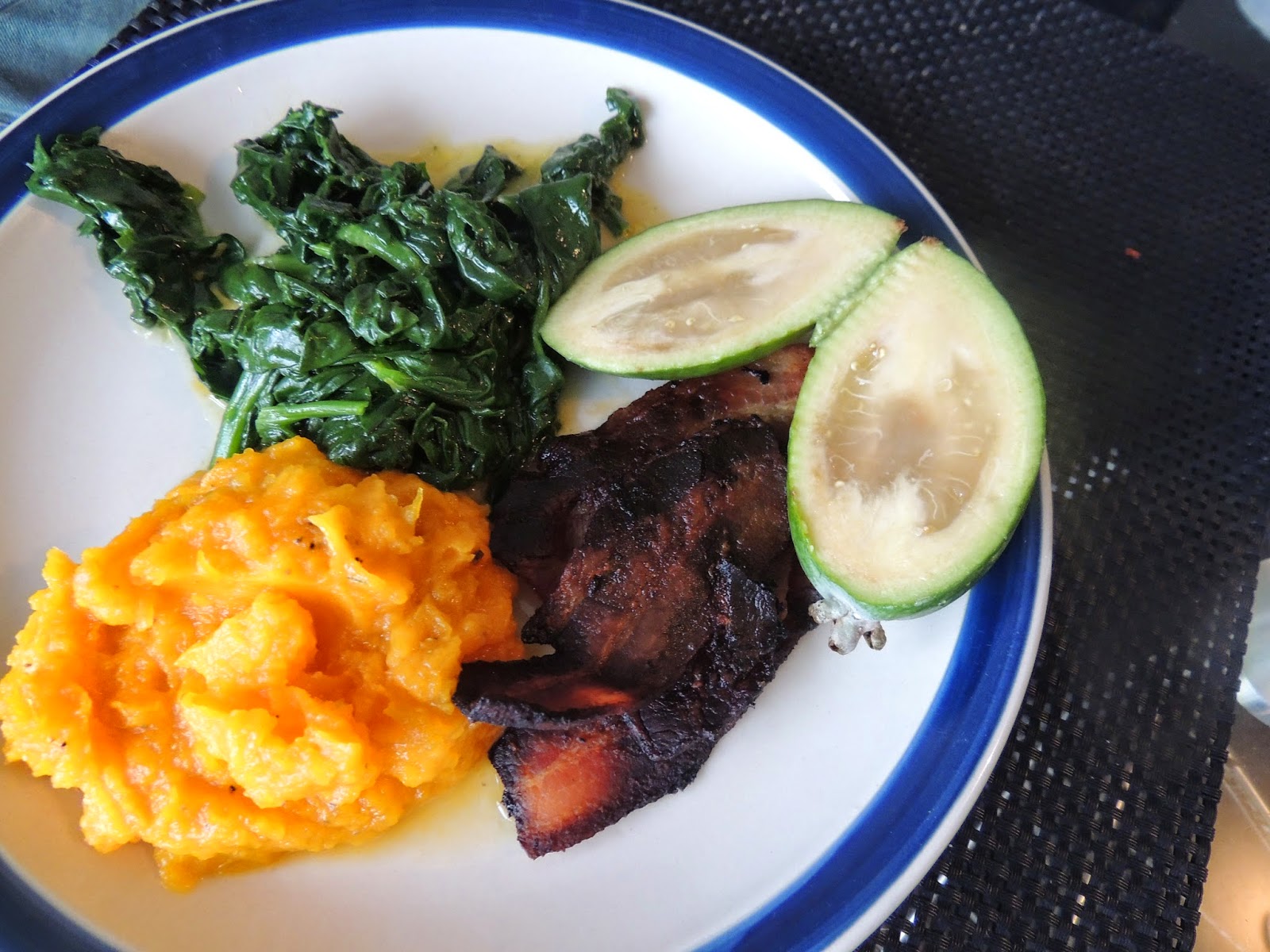 We started at the Tainui Historical Society (a little light on Maori history, but enjoyable), where the affable Len gave us a tour. But first, a word about "Tanui"...


Tainui is a tribal waka confederation of New Zealand Māori iwi. The Tainui confederation comprises four principal related Māori iwi of the central North Island of New Zealand: Hauraki, Ngāti Maniapoto, Ngāti Raukawa and Waikato. These iwi share a common ancestry from Polynesian migrants who arrived in New Zealand on the Tainui waka, which voyaged across the Pacific Ocean from Hawaiki to Aotearoa (North Island) approximately 800 years ago. According to Pei Te Hurinui Jones, the Tainui historian, Tainui first entered the Waikato about 1400 bringing with them kumara plants. By about 1450 they had conquered the last of the indigenous people in a battle at Atiamuri. 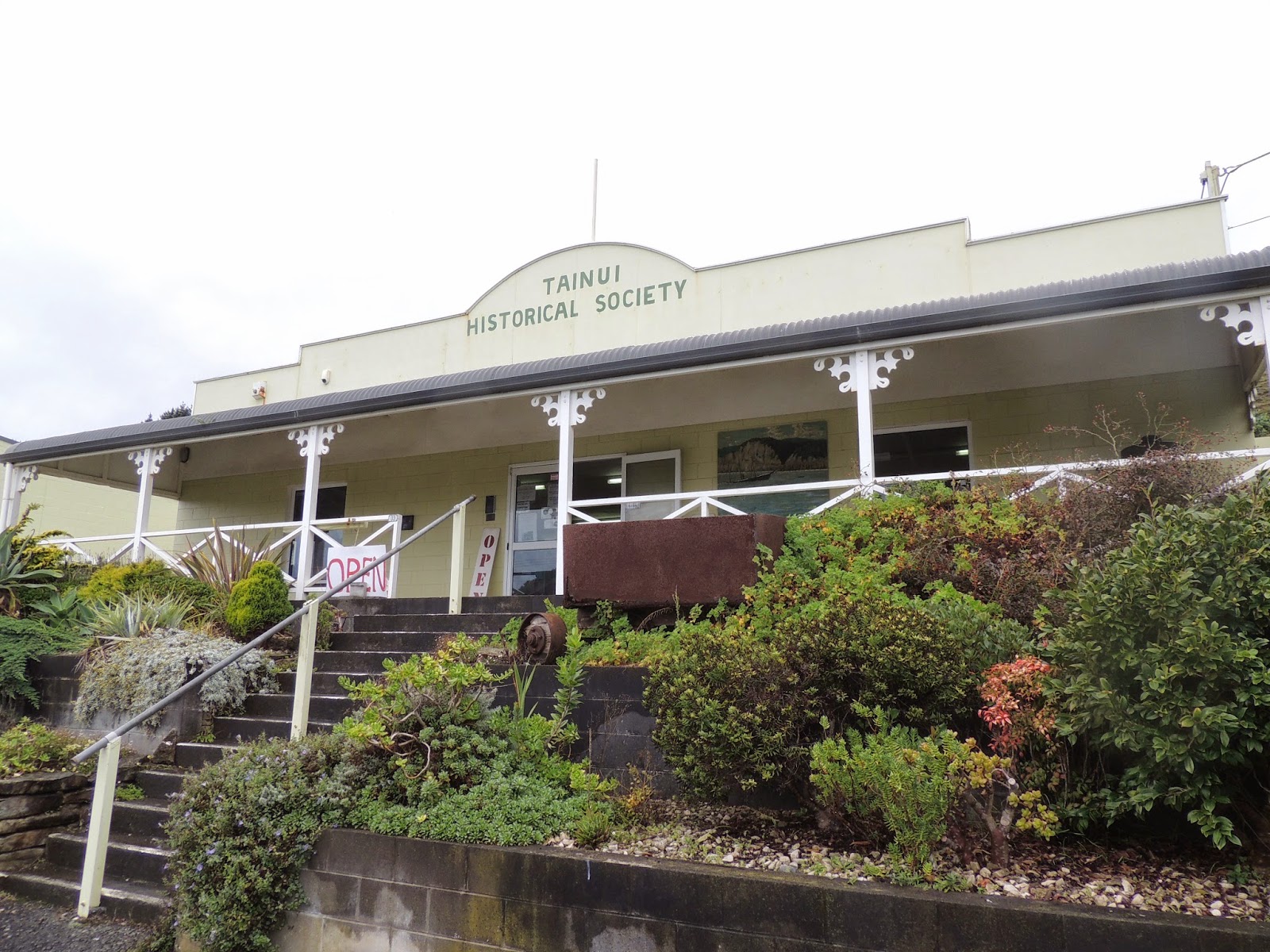 And then on this fine mild day we crossed the street to the black sand beach. Walking down, it seemed the path was made of soil. 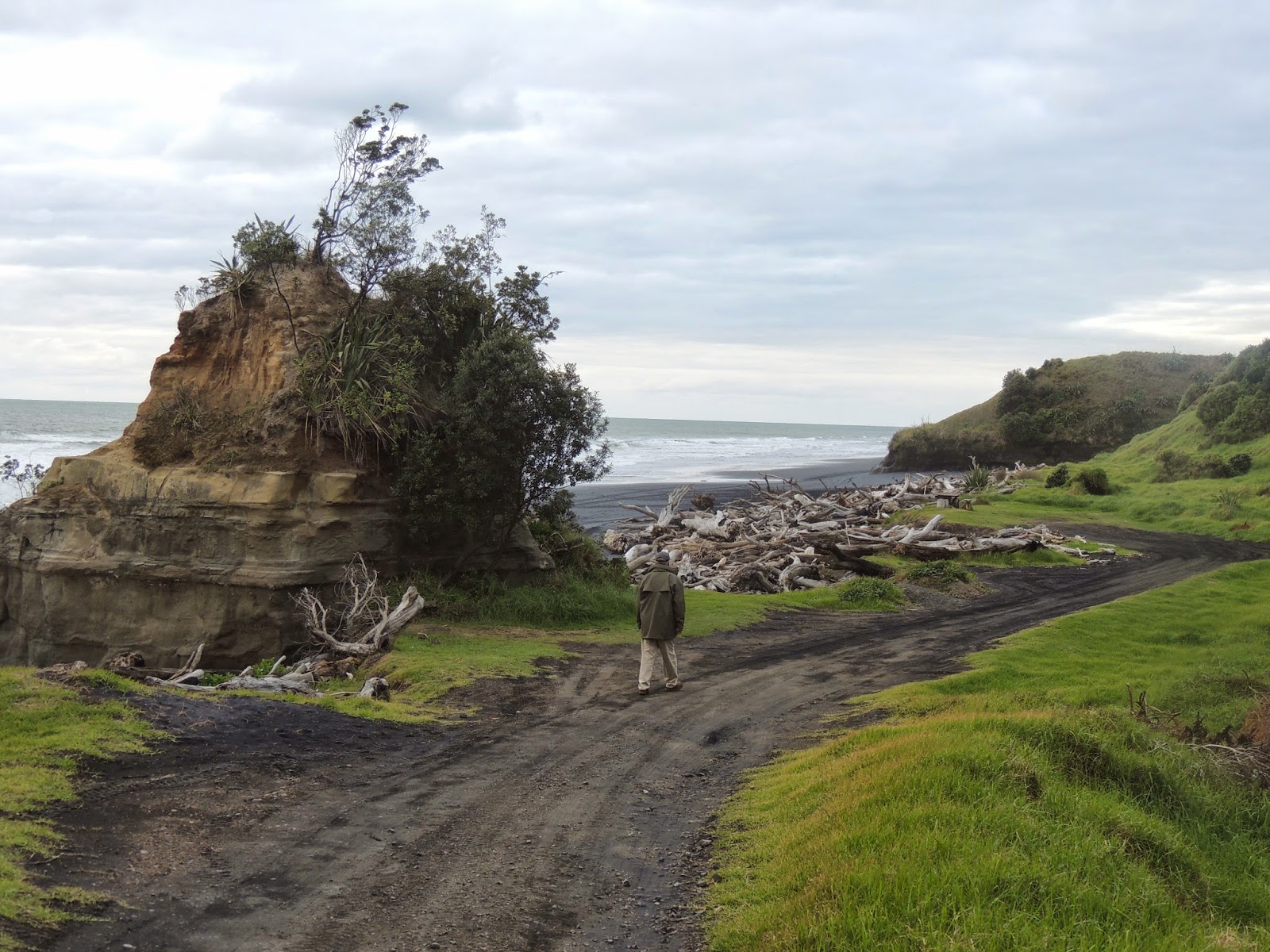 But then...! It took a while for my brain to accept the blackness of the sand. 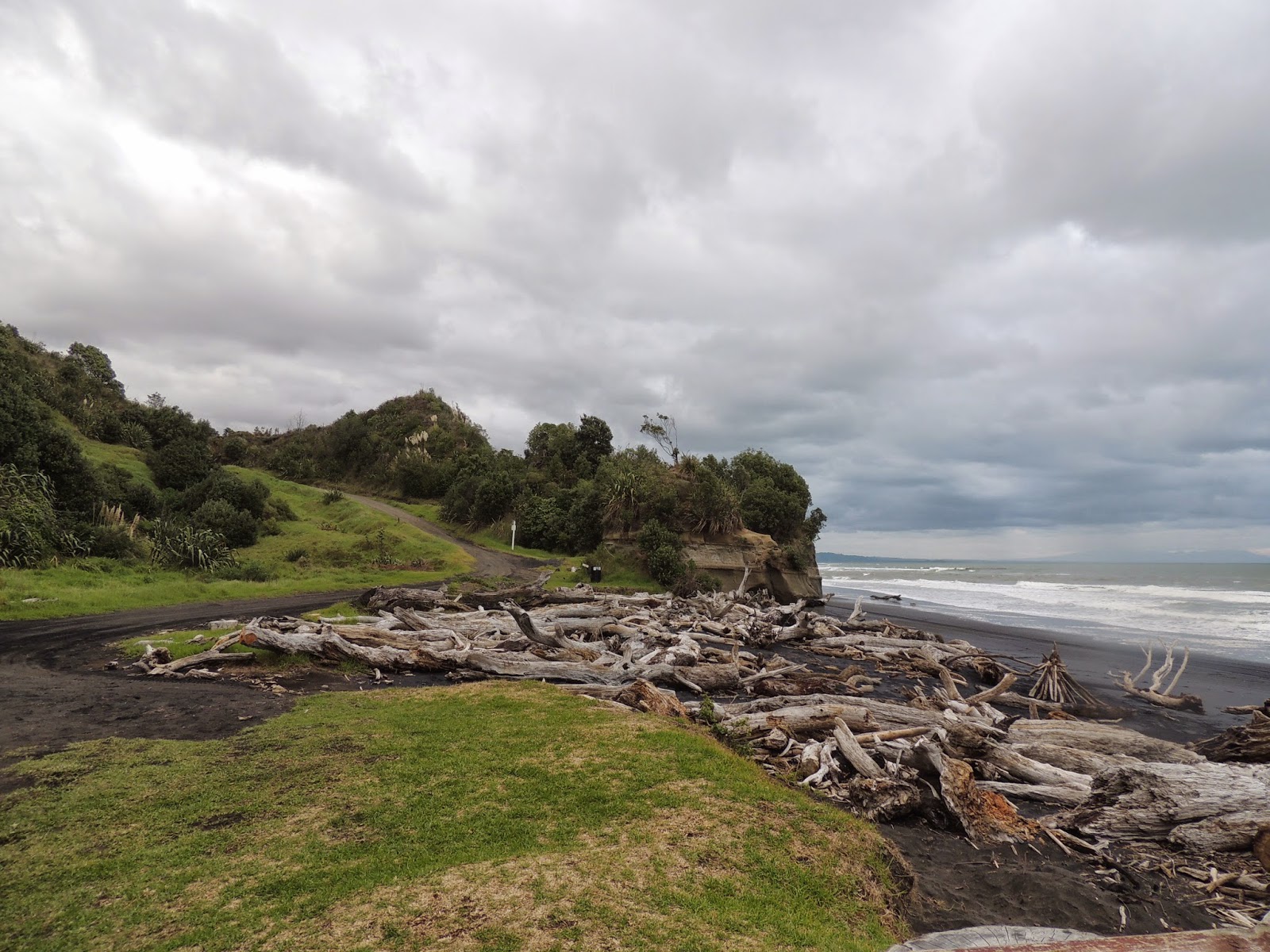 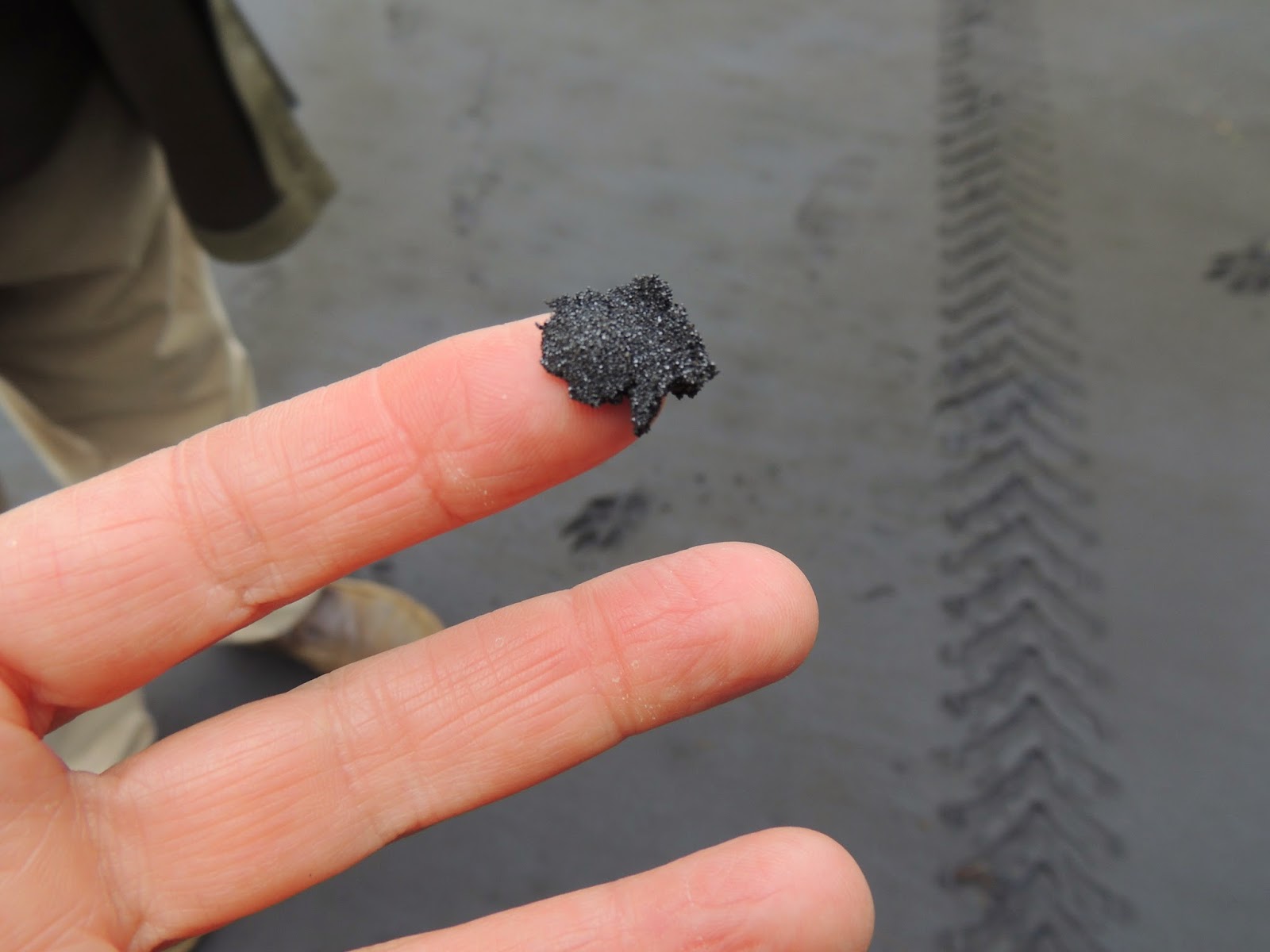 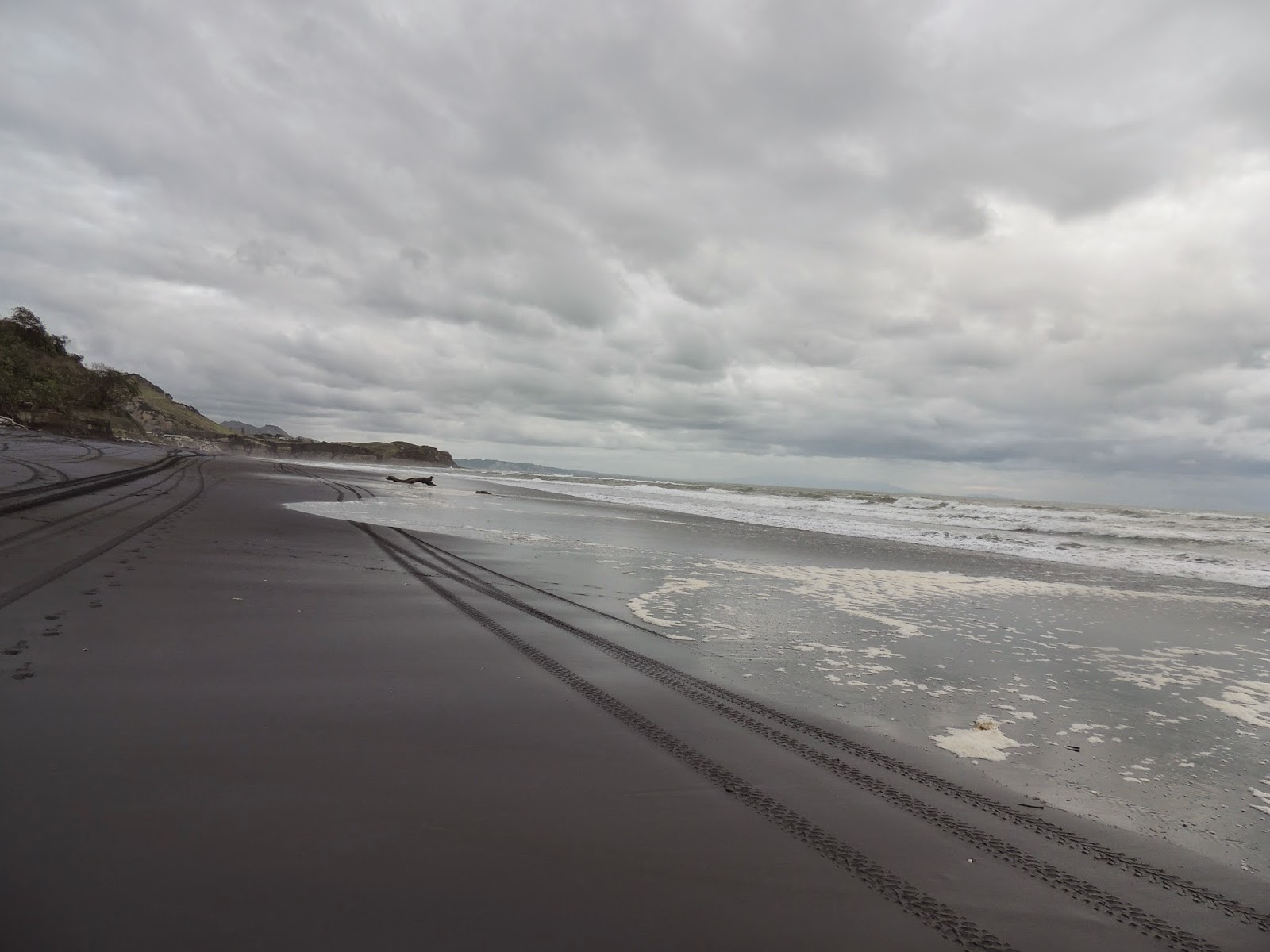 At left, the Tasman Sea. 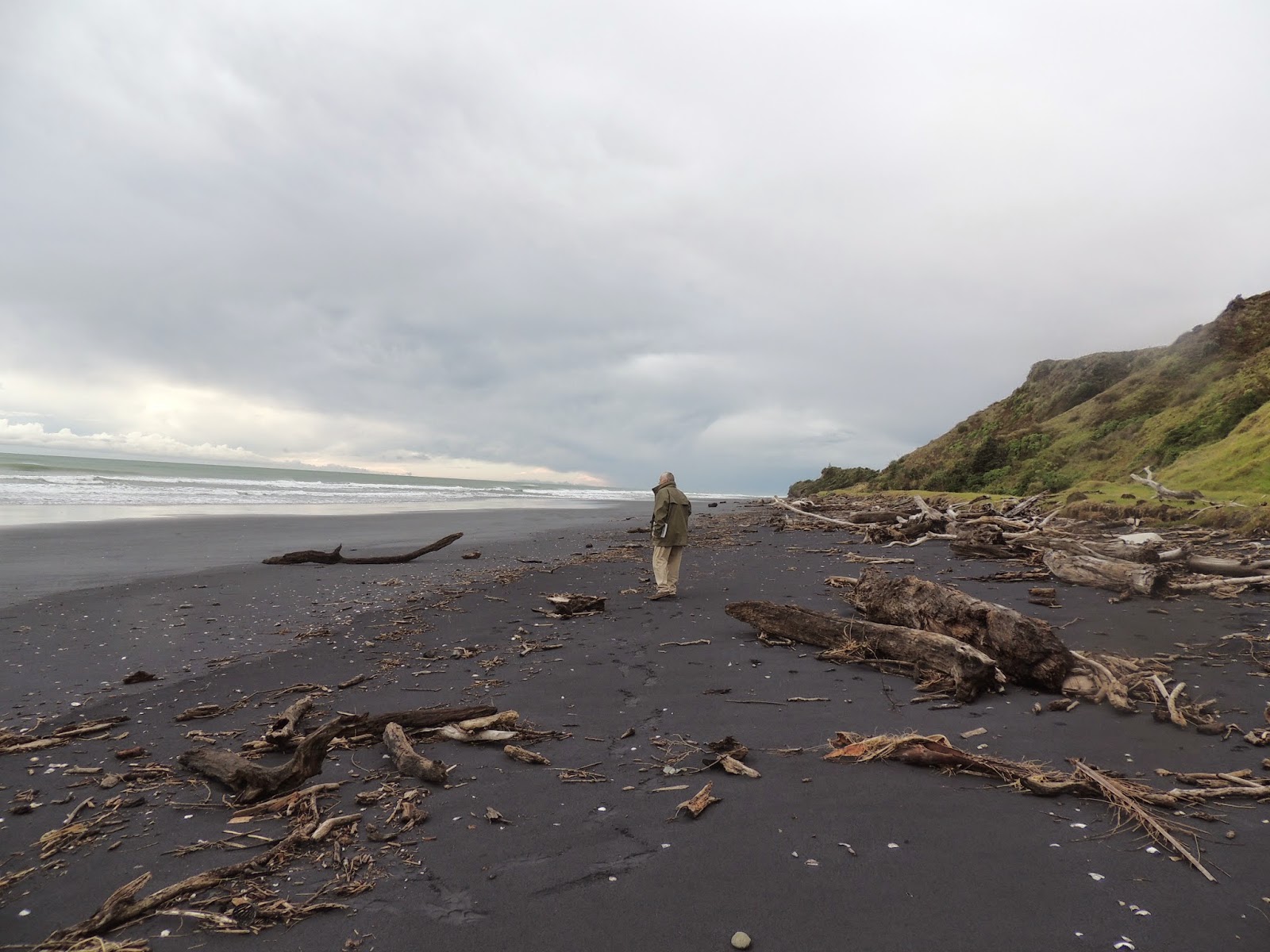 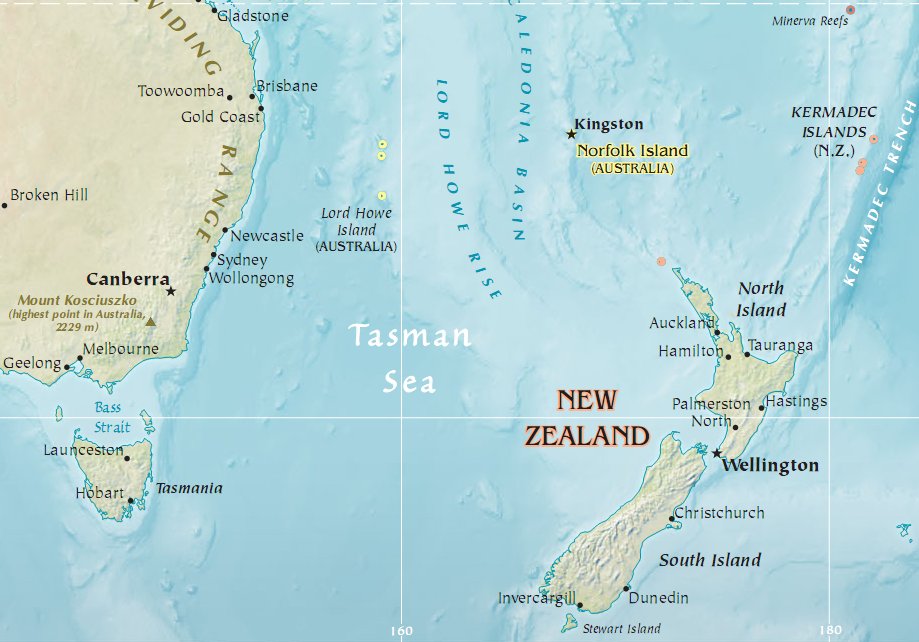 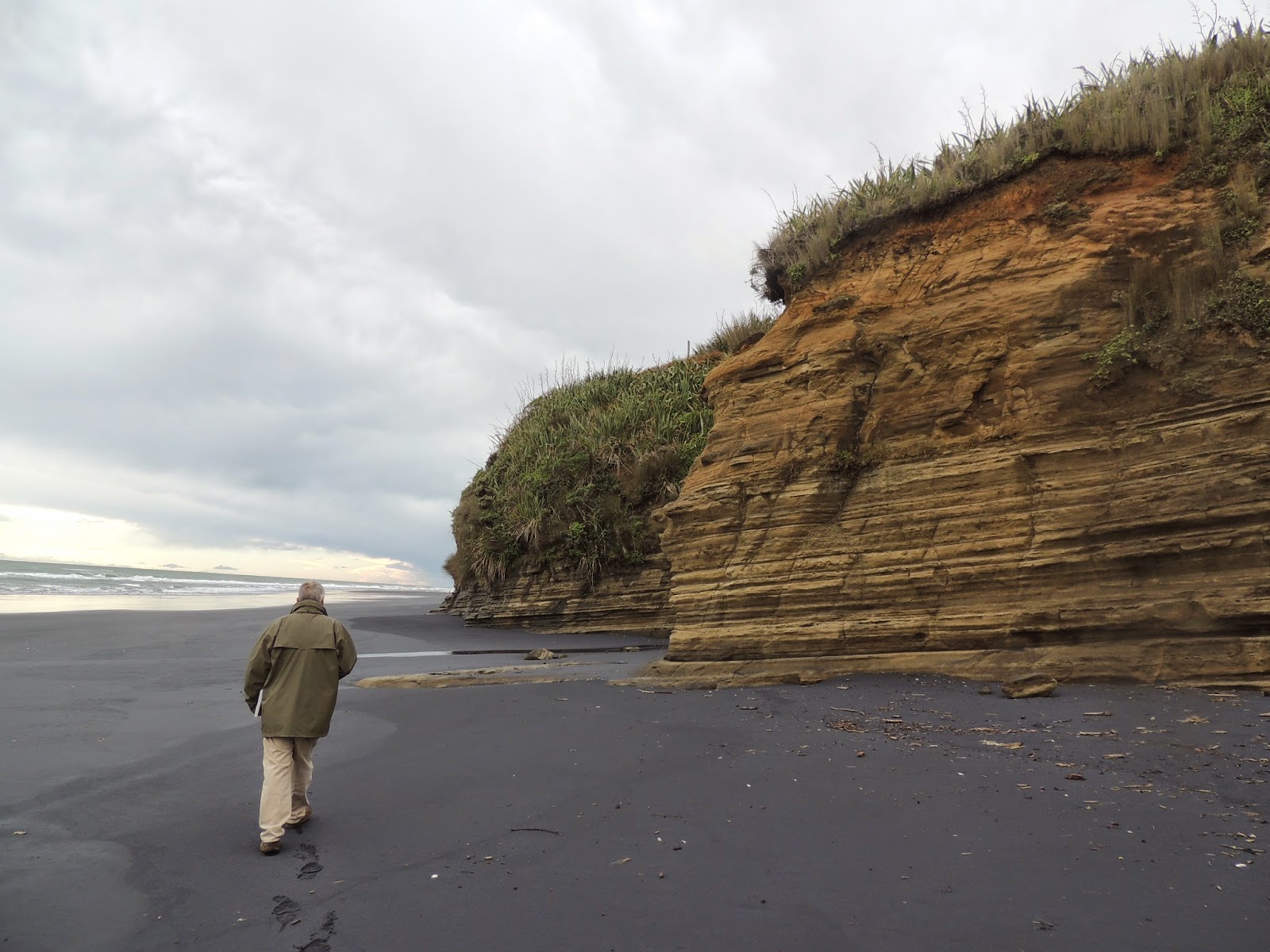 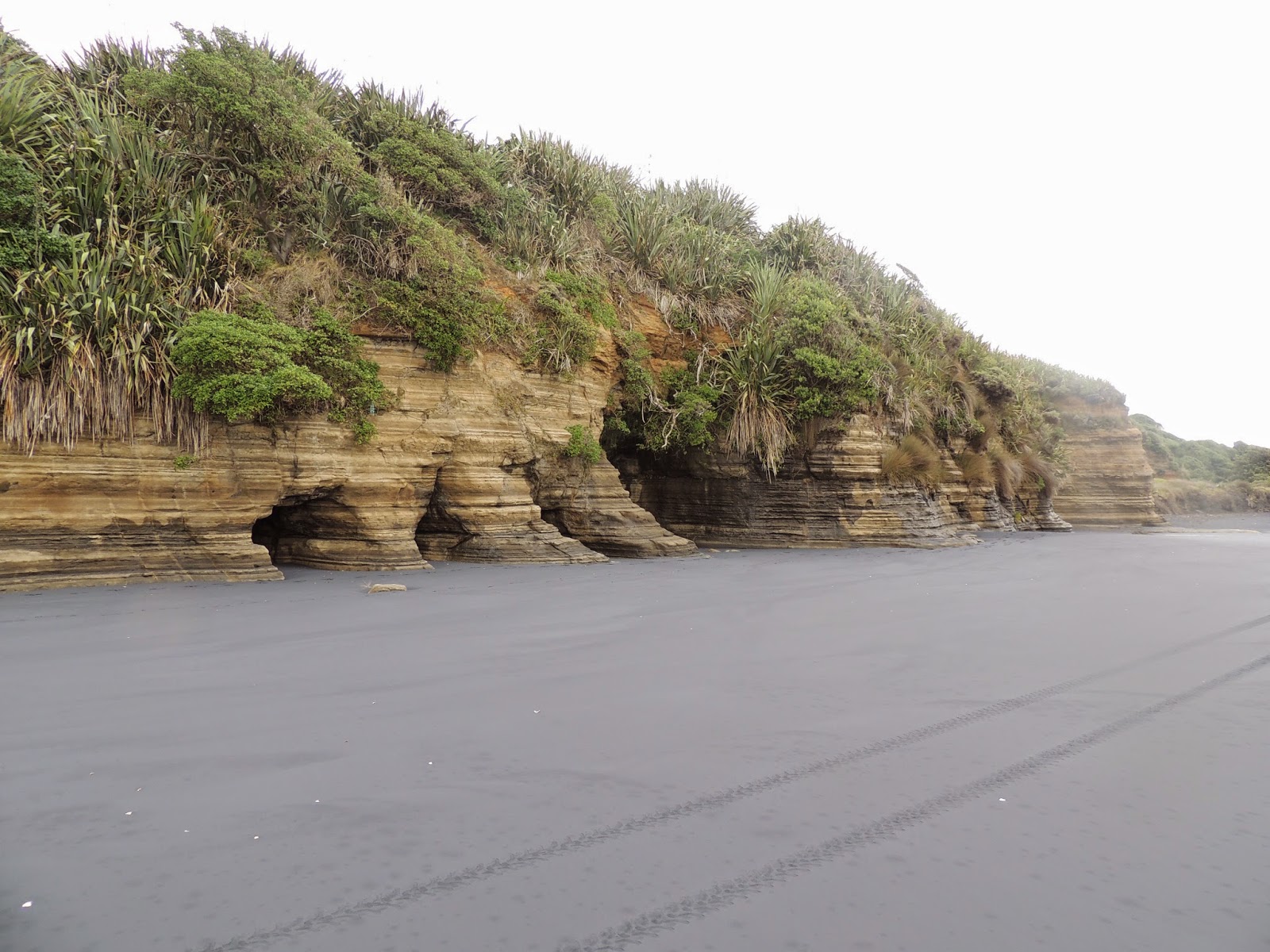 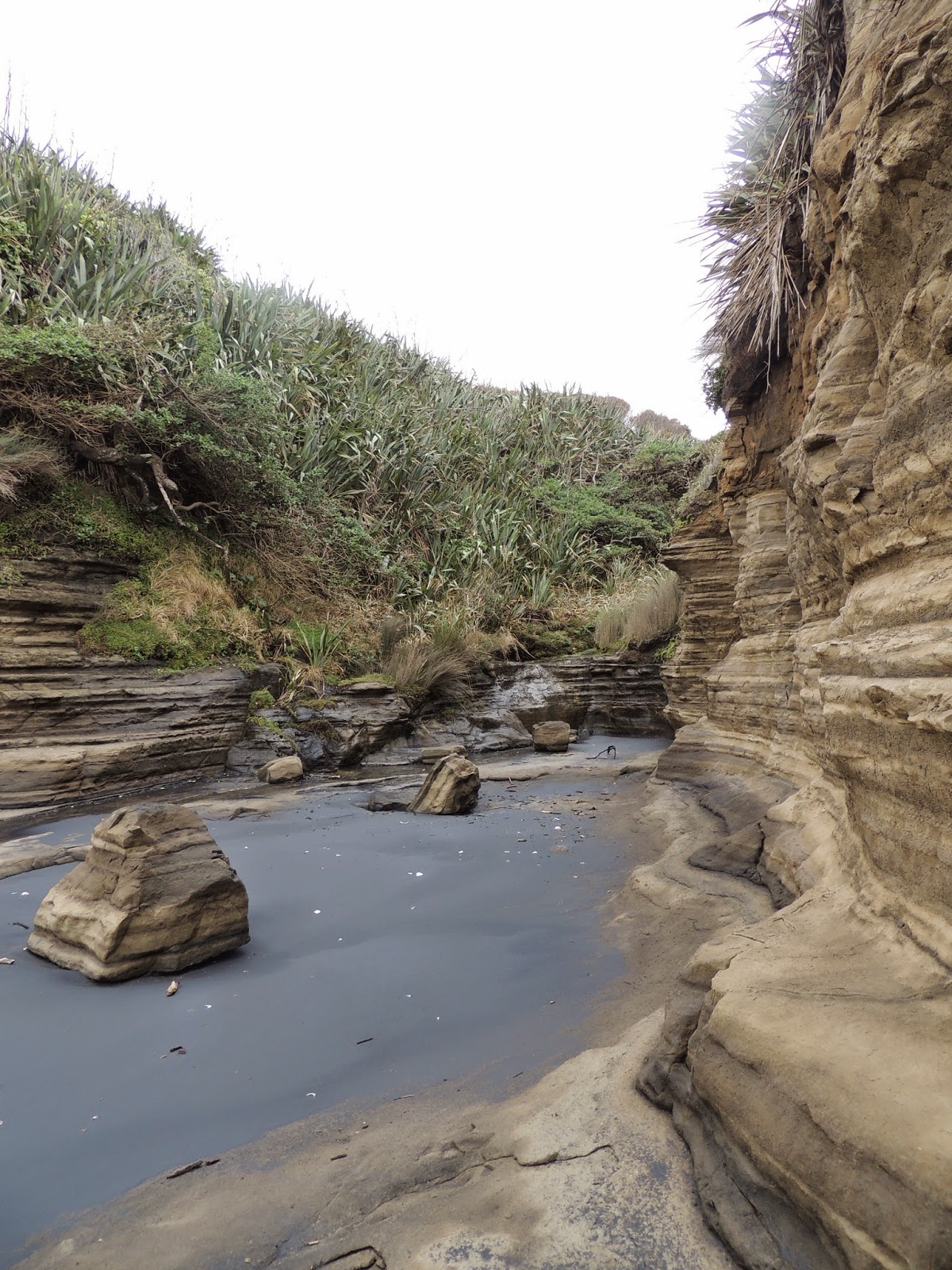 Higher up, sheep nestled in the grass. 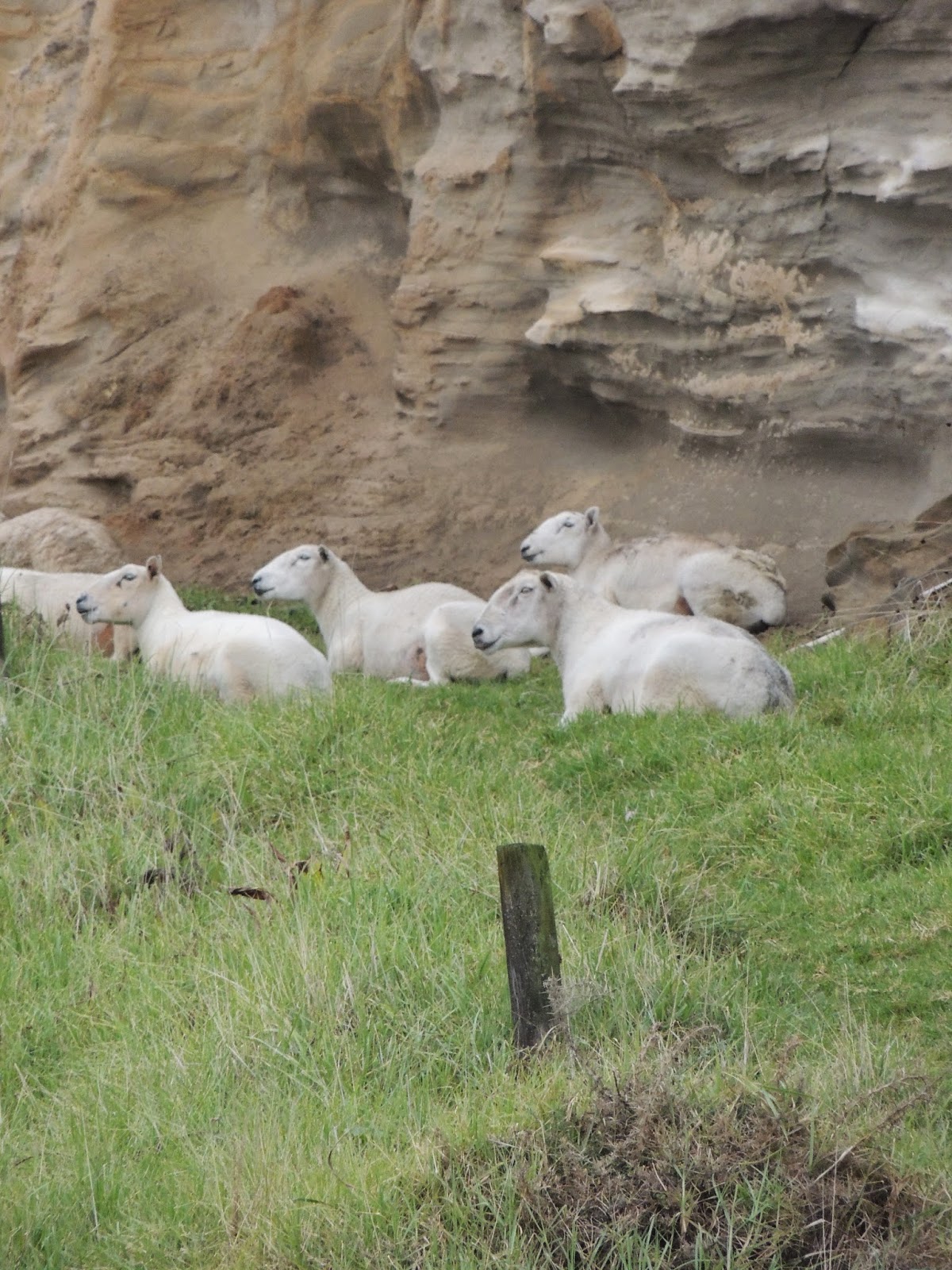 These nice kids had built a bridge out of wood pieces and guided us across. Here we also met Larry, from Wellfleet, MA (neighbor of yours, Sev?), on a three-week visit and eager to describe the wonders he'd seen, the spots that he called "un-managed." Our kind of traveler. 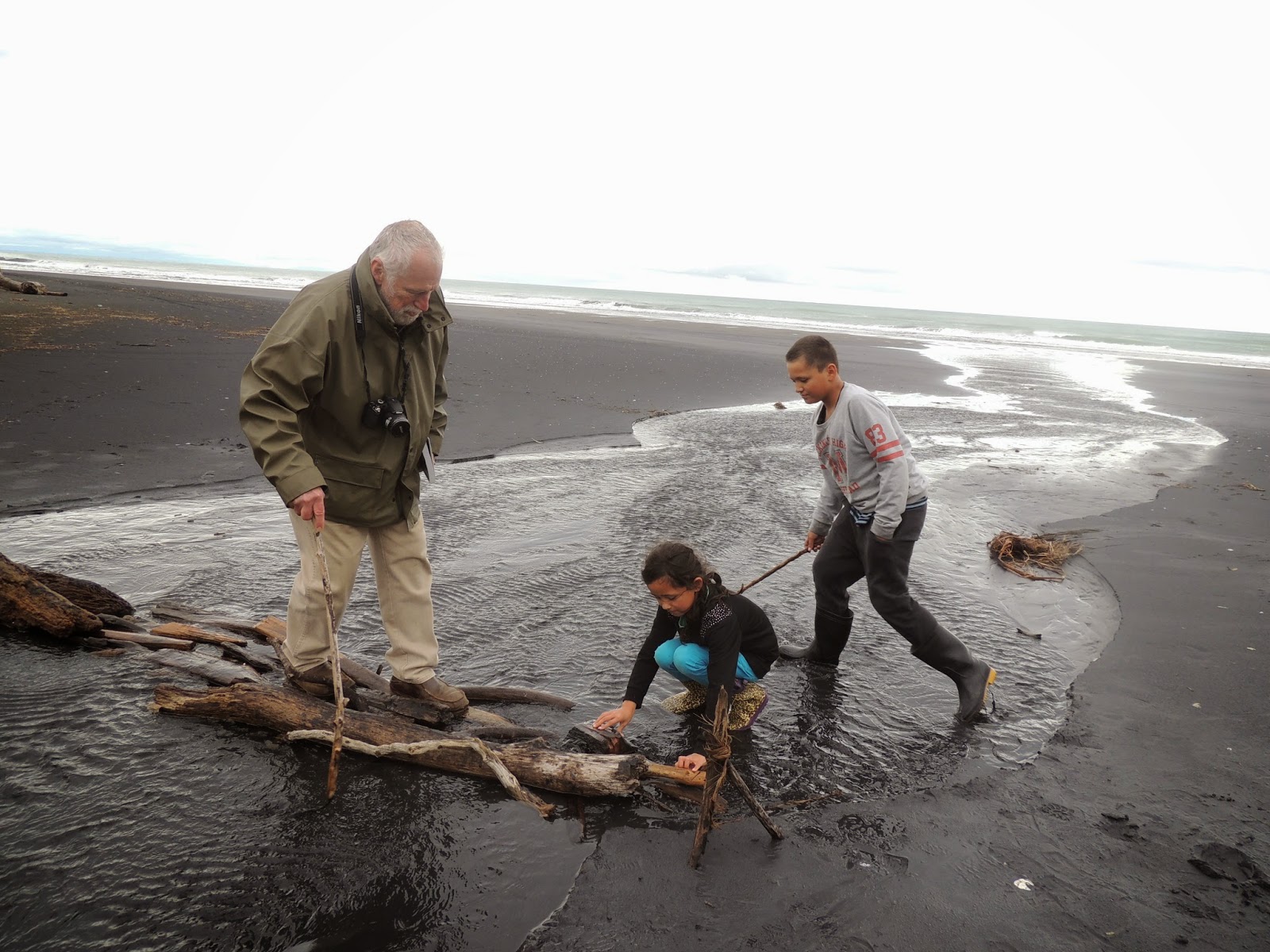 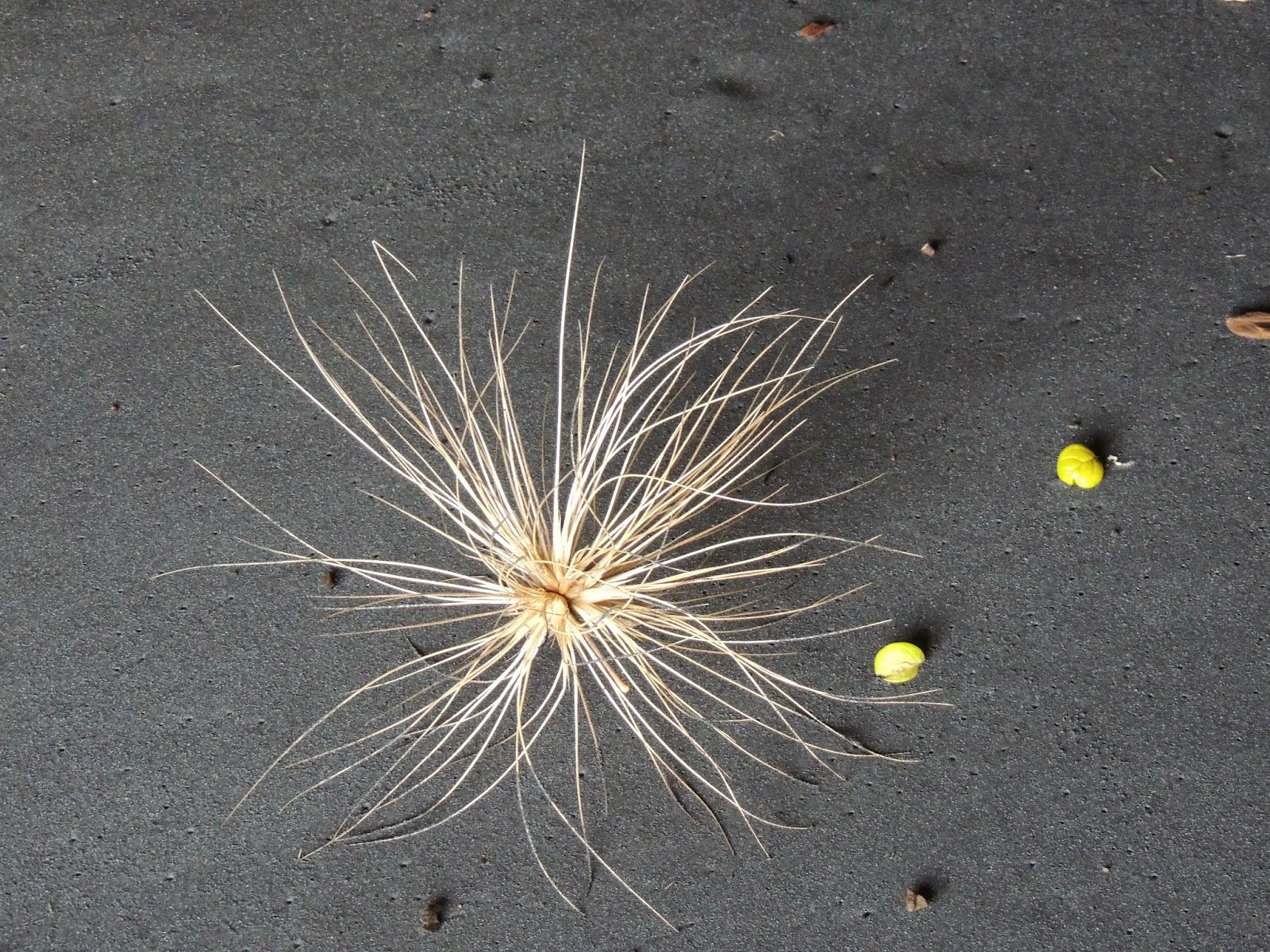 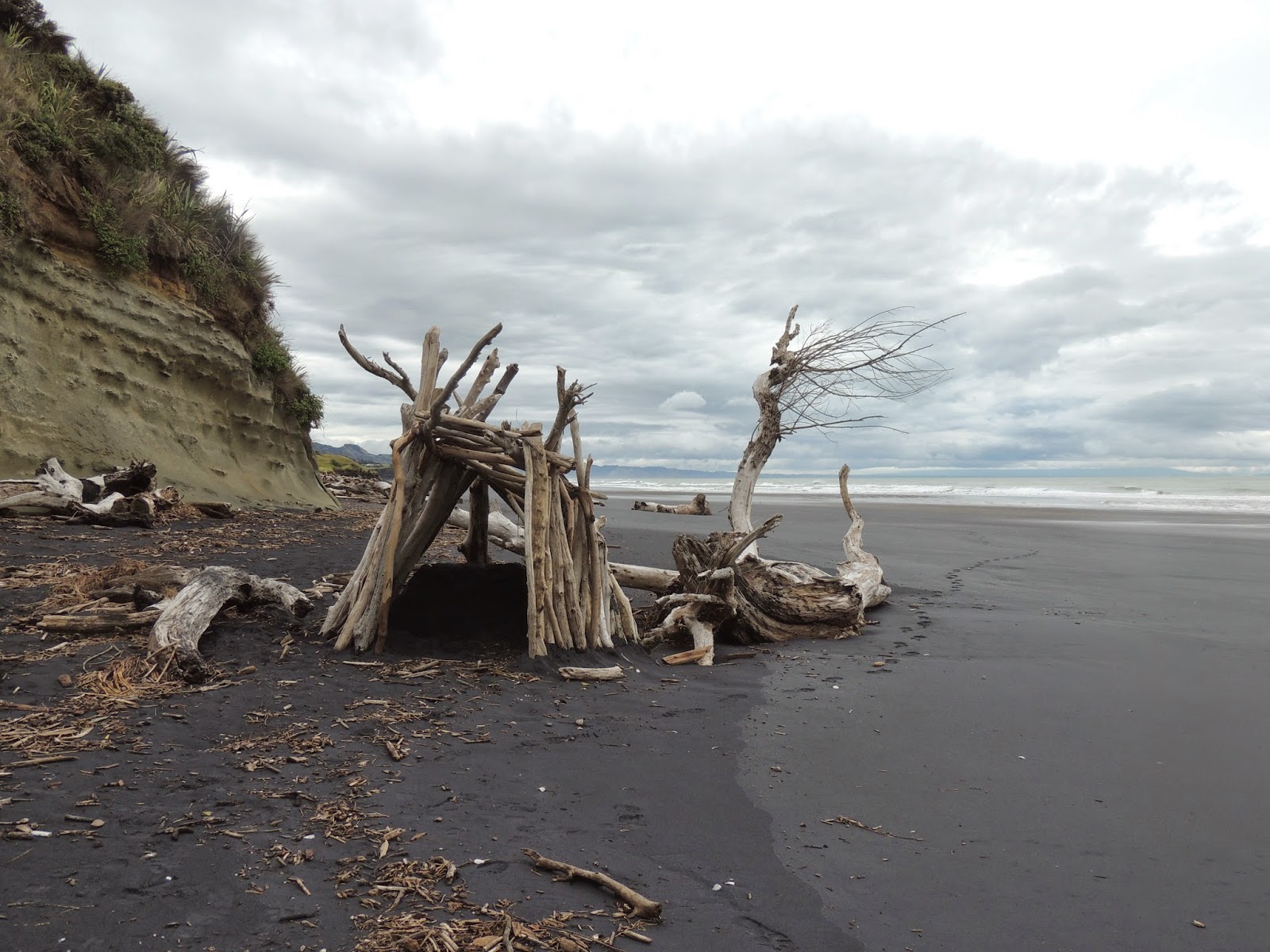 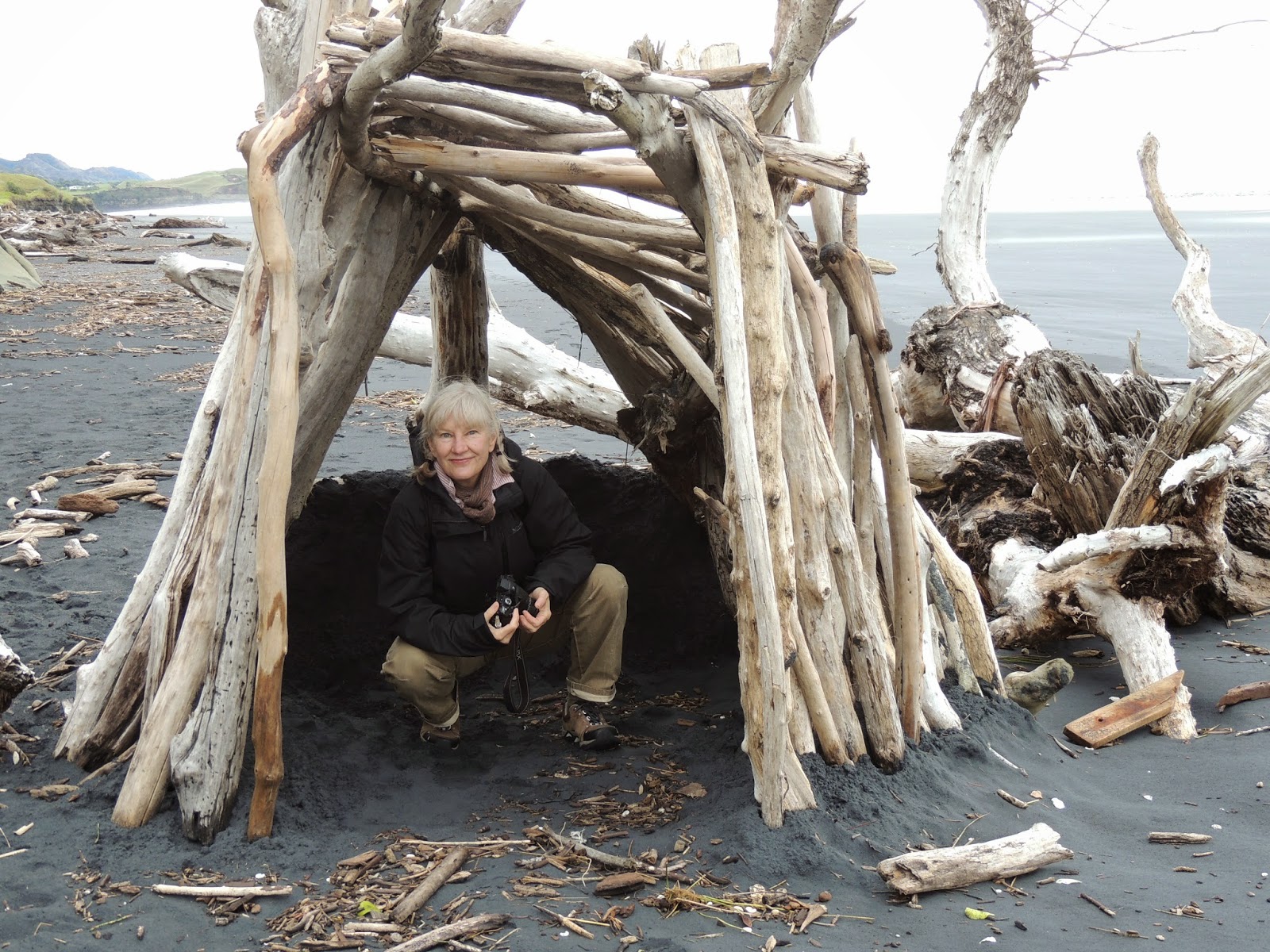 We also climbed a few steps up to a holiday park, a privately owned campground, this one with a superb location... 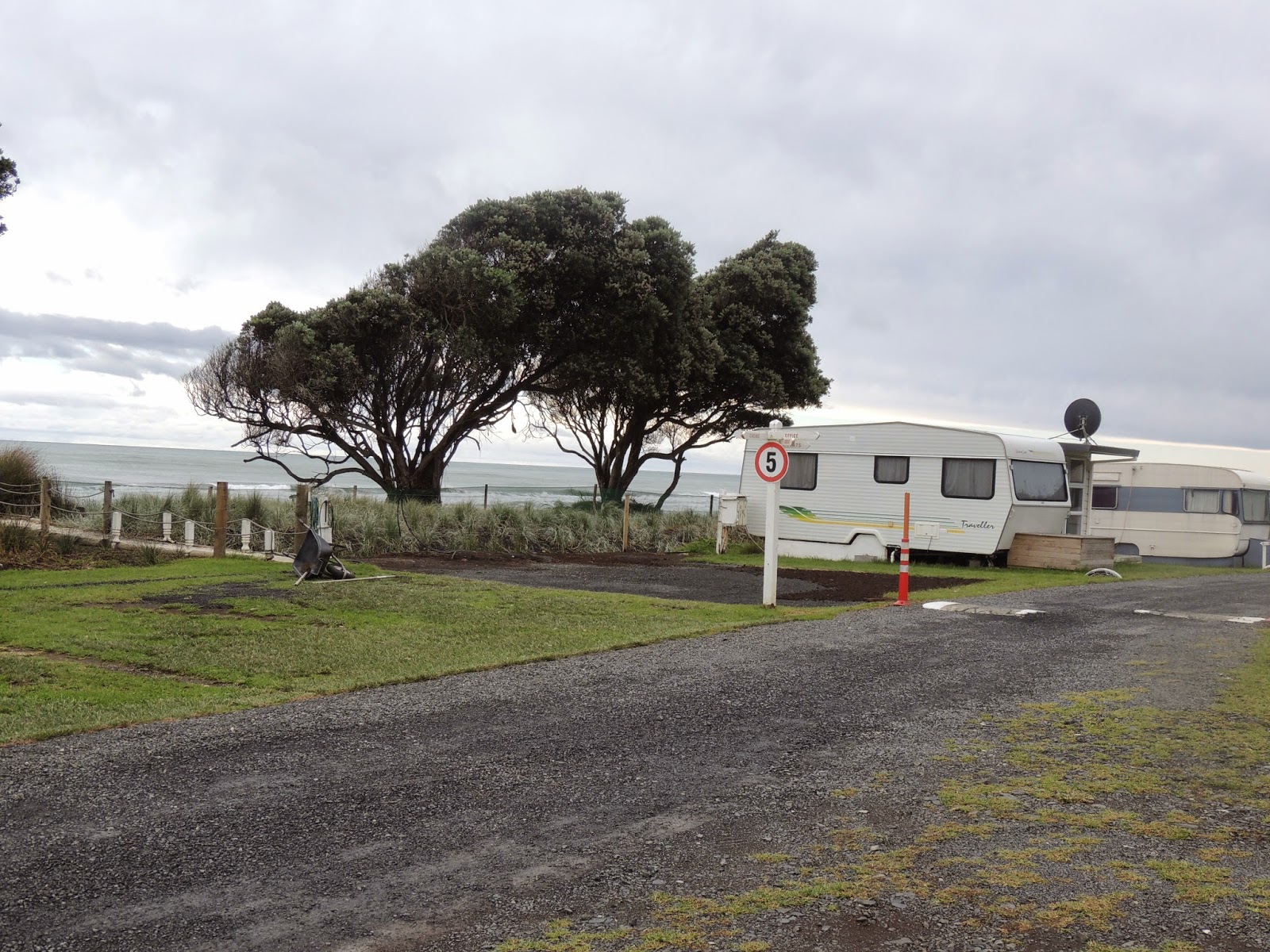 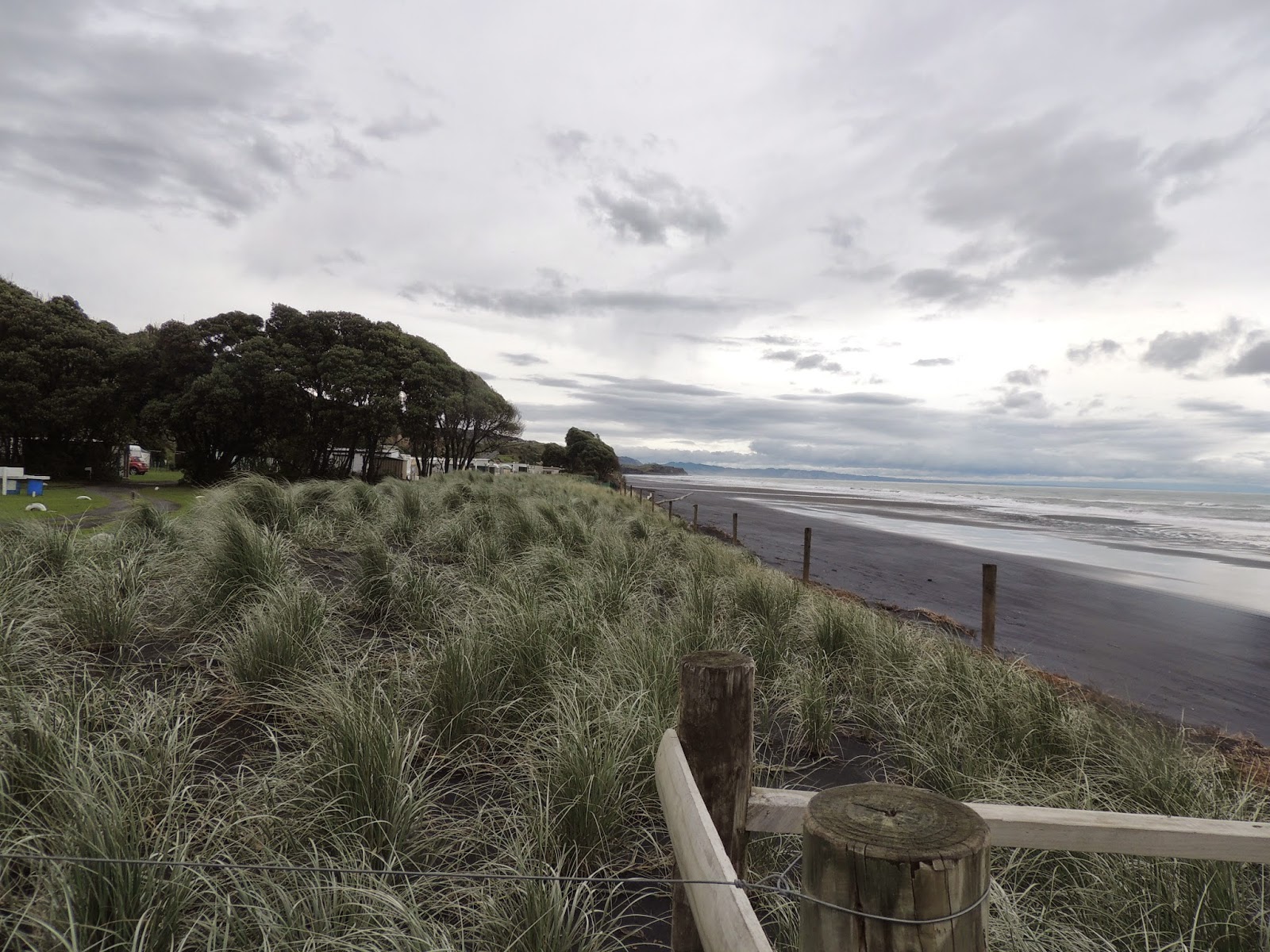 The sun popped out late today, the view from our sliding door transformed. Remind anyone of the film South Pacific? I'm surprised by the flora every time I step outside. 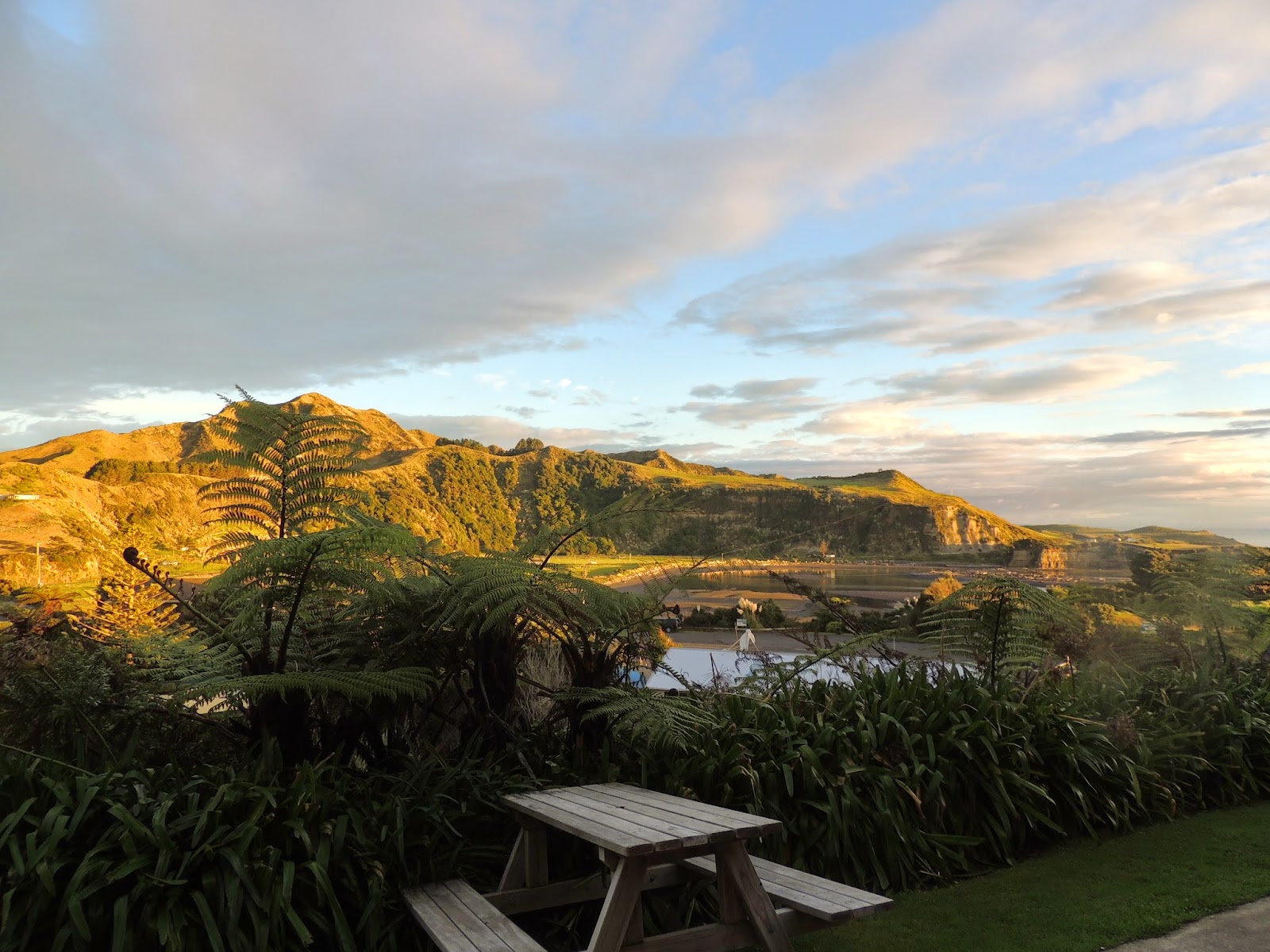 From the historical museum, the iconic NZ kiwi.


Maori legend: how the kiwi lost its wings 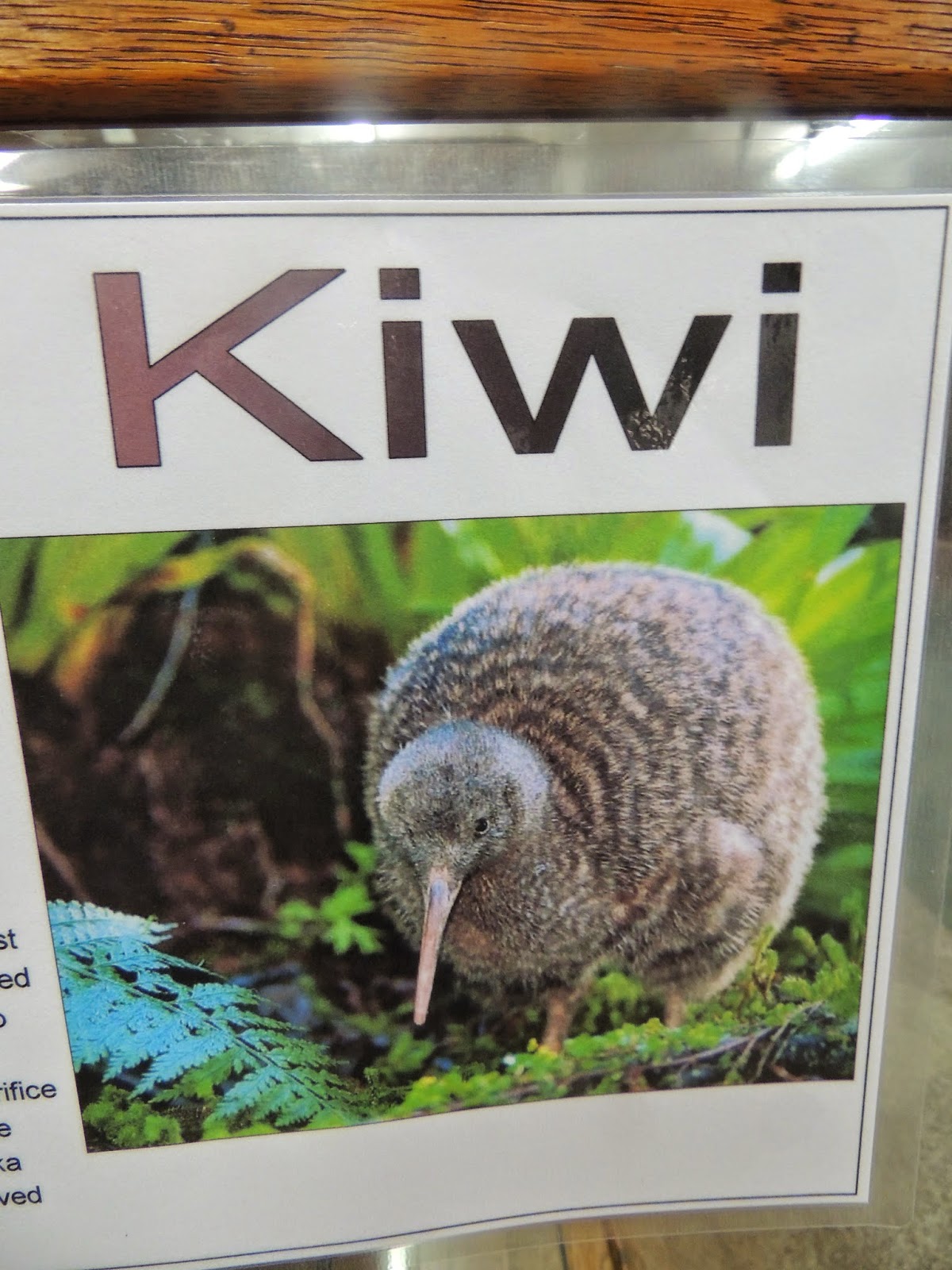 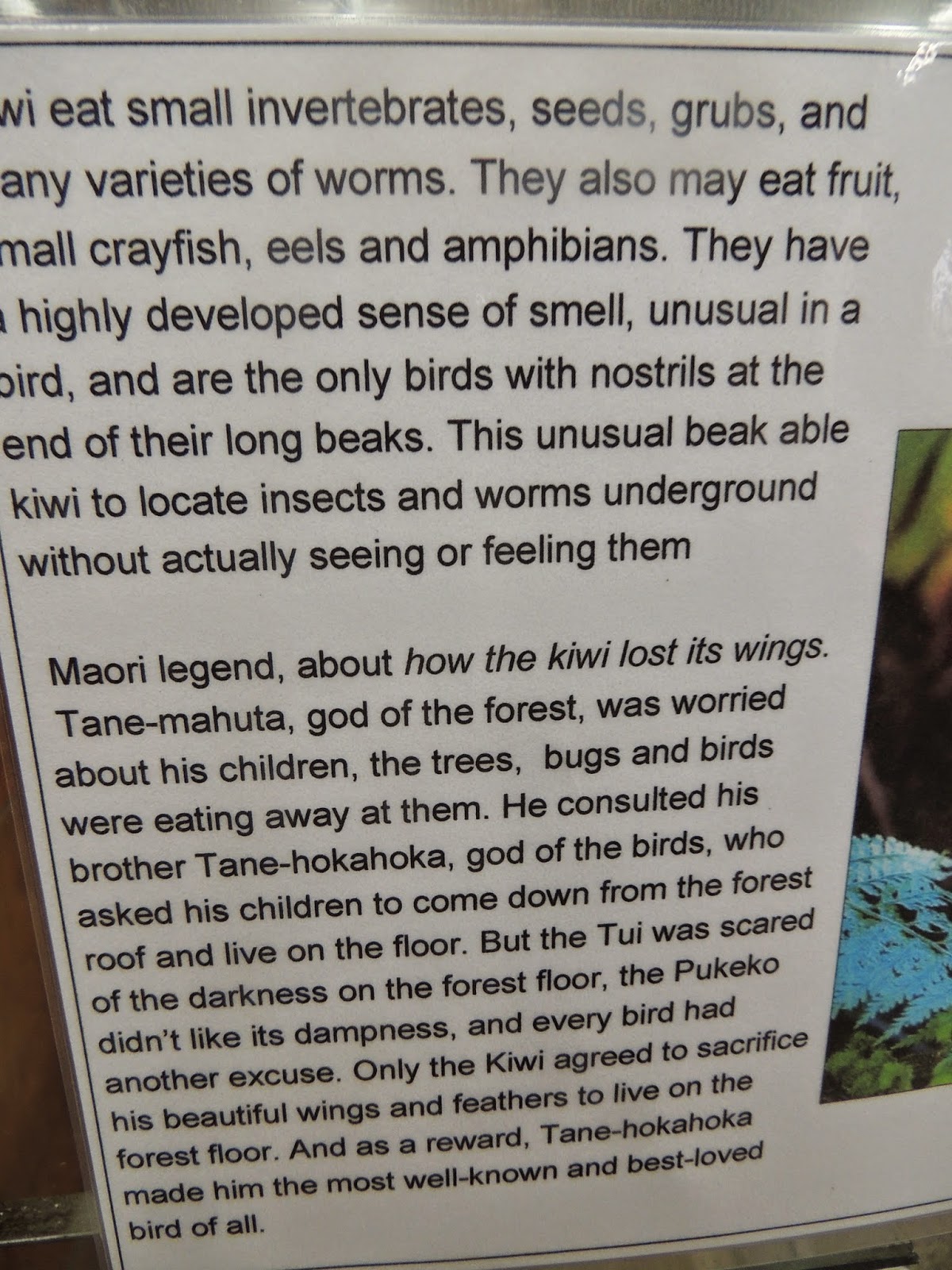