A Day On Rakiura/Stewart Island

Life doesn't get much better than ocean-fresh blue cod for breakfast, sun, and six miles of walking, starting with a stroll into the tiny settlement of Oban (Halfmoon Bay), featuring the South Seas Hotel and a surprisingly well stocked grocery.


The settlement was named after Oban in Scotland,[1] (An t-Òban in Scottish Gaelic, meaning The Little Bay), most likely due to the strong influence Scottish settlers had in the south of early colonial New Zealand. 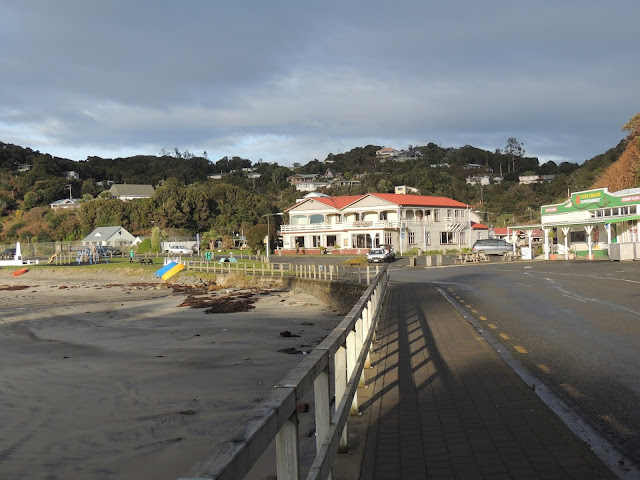 If you didn't know where you were, you'd swear you were in England. Here's the hotel dining room. 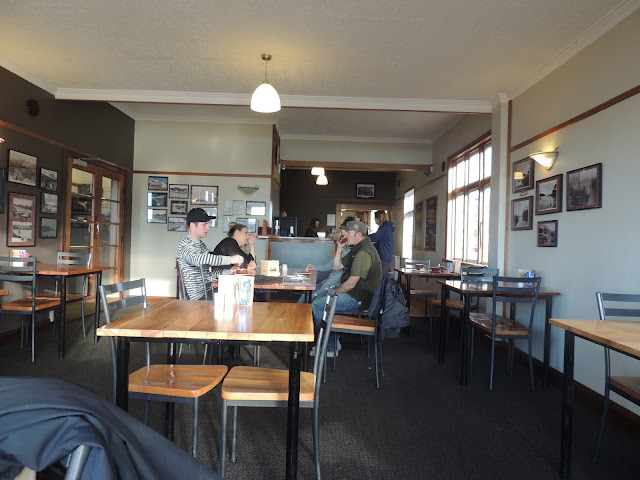 And the adjacent pub, which Prince Harry visited several weeks ago. I asked our server if she'd been here and she said earnestly: Yes, but I didn't meet him. Everyone said he was really friendly, though, and down to earth. He gets that from his mom, I smiled. (Hard to believe now the impact she made by holding people who were HIV-positive.) 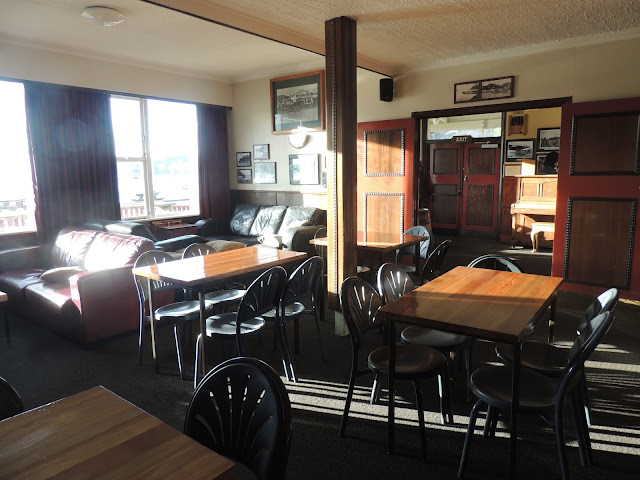 Fishers here bring in fresh blue cod and it is an enormous treat, especially as prepared today, sauteed in an egg wash. 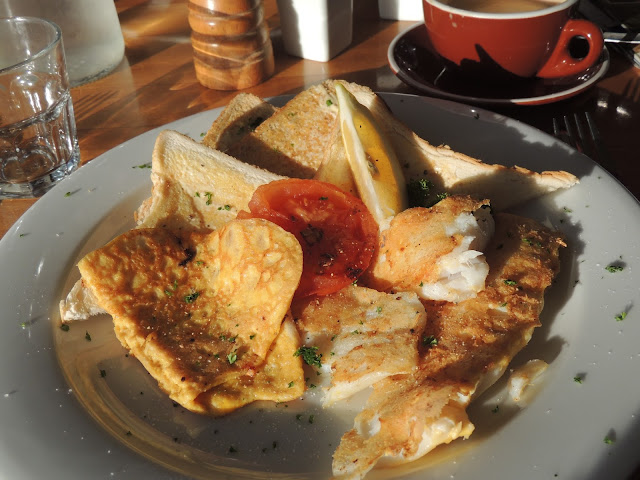 Blue cod (before it became breakfast)...is exclusively found in New Zealand in shallow waters around the rocky coasts of up to the depth of 150 m, though it is far more common south of Cook Strait. It is bluish green to blue black above with white toward the belly. Large examples are usually greenish blue in coloration, while smaller ones are blotched in varying shades of brown. An adult may grow to 60 cm in length and weigh from one to three kg. It feeds mainly on small fish and crabs. 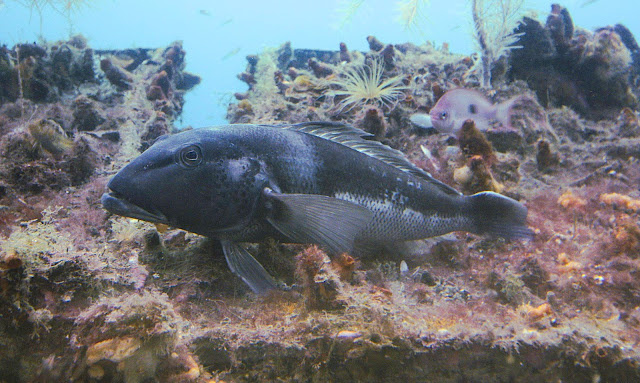 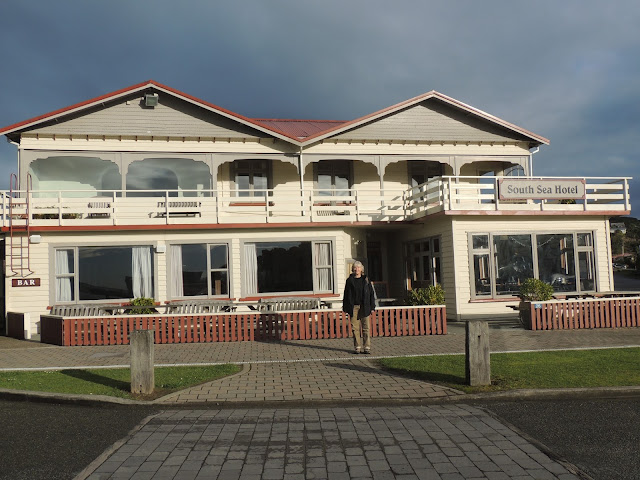 Today we're walking to Ackers Point, with many fine views back to Halfmoon Bay. 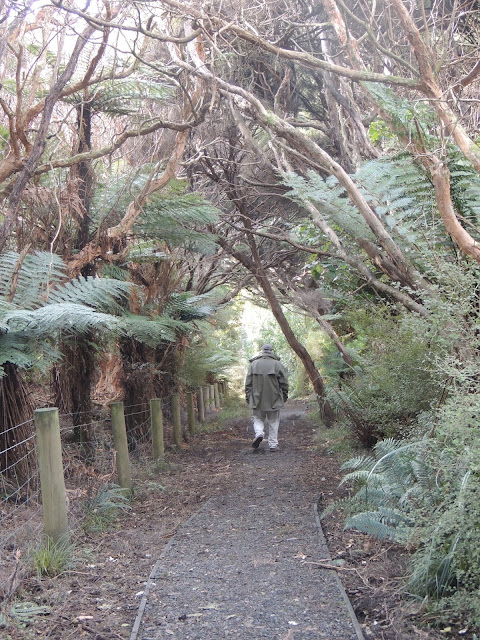 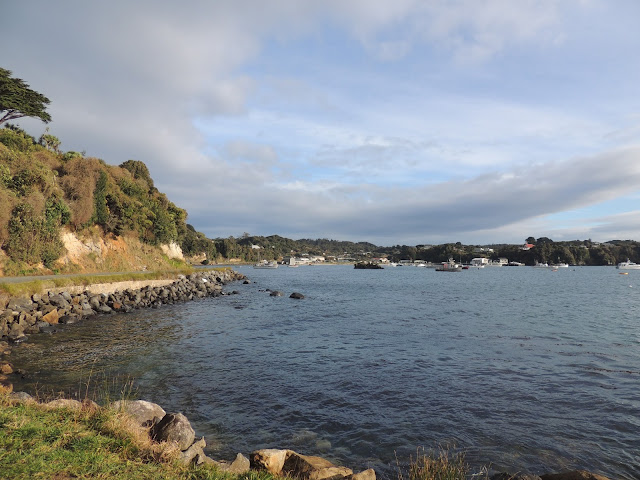 Will I ever see a penguin? 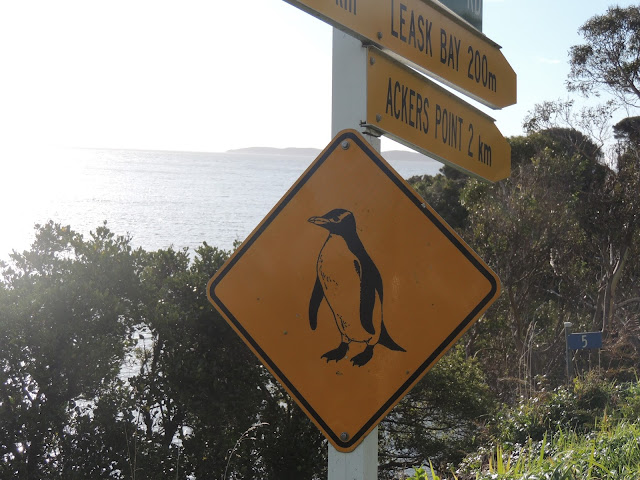 Interesting houses along the way. 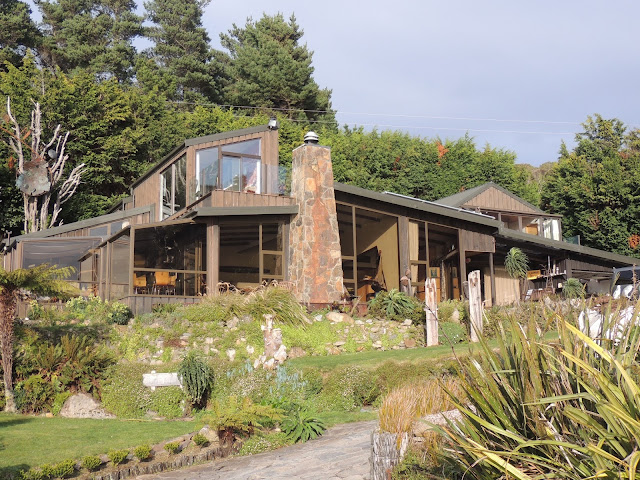 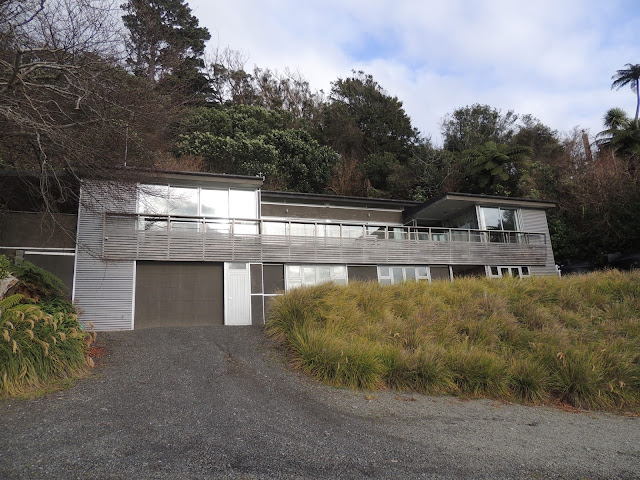 Birds of NZ: Kereru
The New Zealand pigeon or kererū (Hemiphaga novaeseelandiae) is a bird endemic to New Zealand. Māori call it kererū in most of the country but kūkupa and kūkū in some parts of the North Island, particularly in Northland.

This one nearly made me jump out of my skin, flapping and swooping down as I disturbed its peace. But then it posed for a portrait. 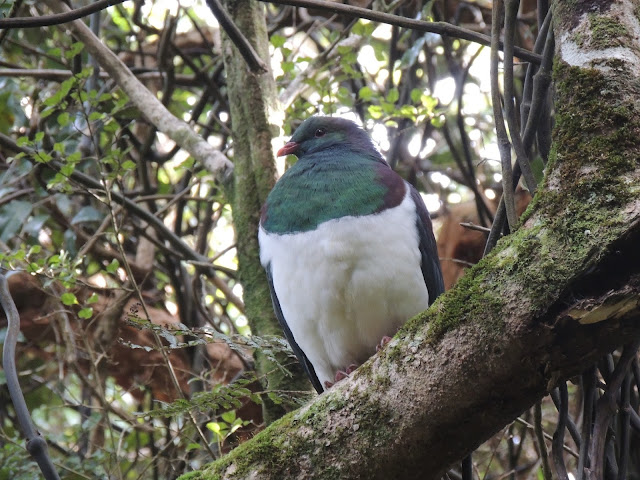 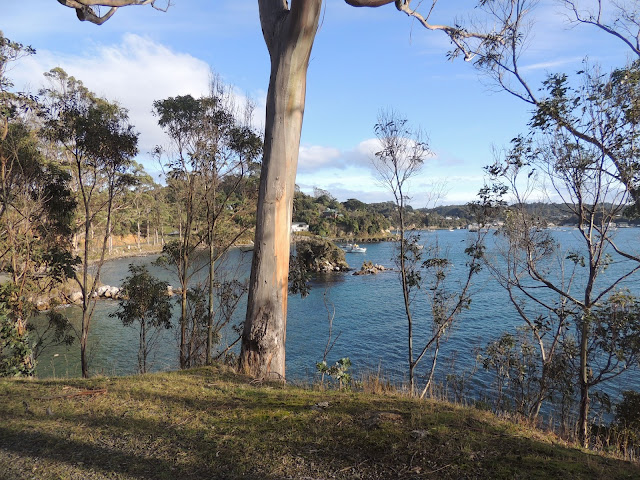 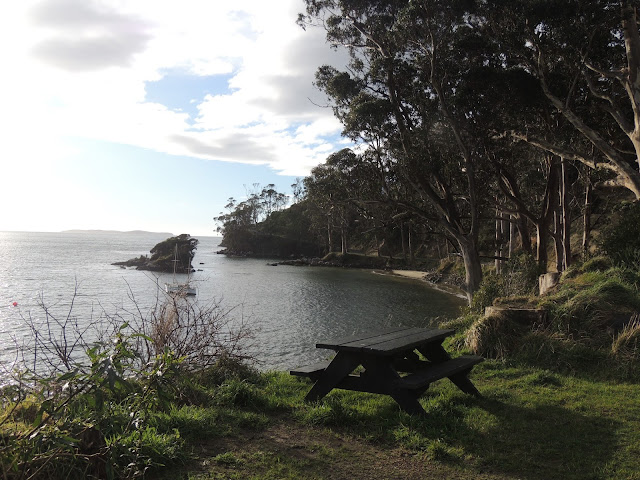 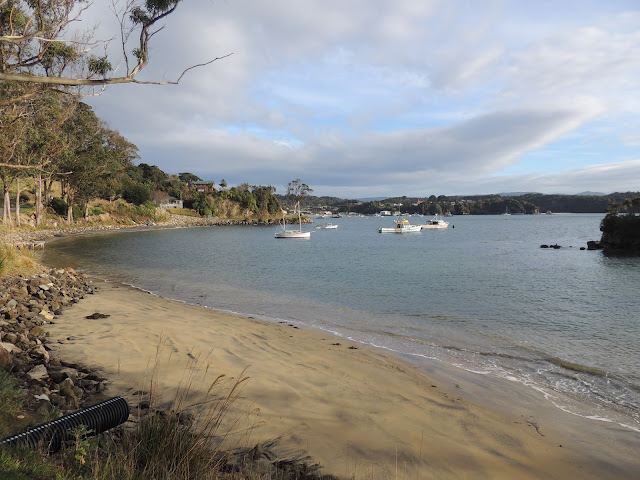 Lewis Acker, an American whaler, settled here around 1836 before the township of Oban was established. He built this house himself using local stone and clay mortar. He and his Maori wife Meri raised nine children here. Today, Acker's stone house is privately owned, yet utterly open to the public. The NZ Historic Places Trust registered the house as a historic place in 1987. 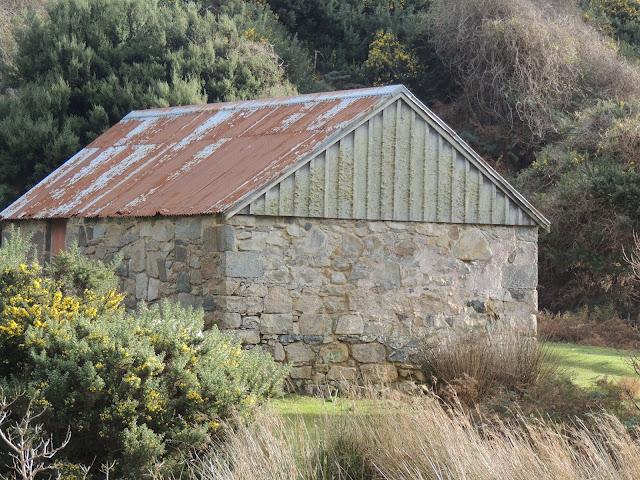 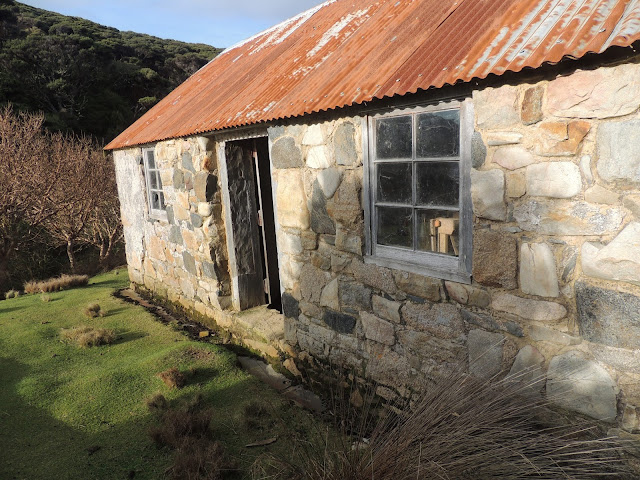 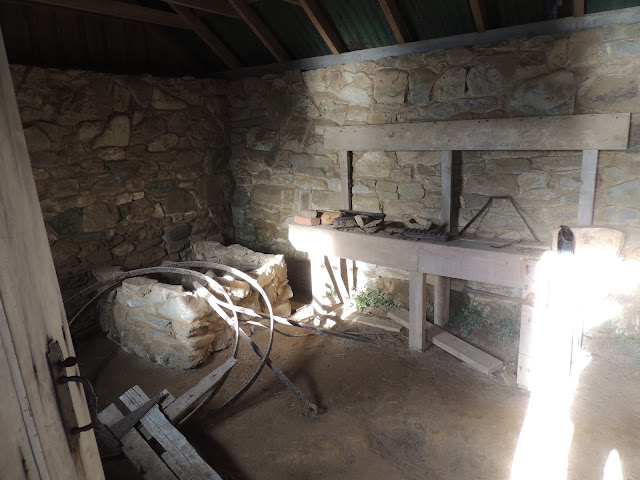 The siting of the house couldn't be more ideal, just up the rise from this small, protected bay. 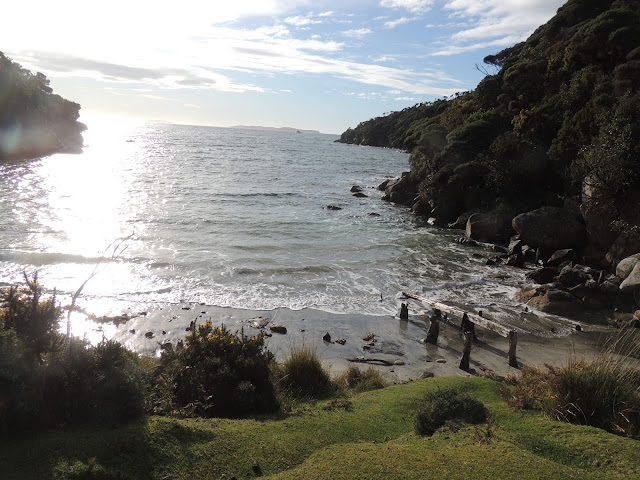 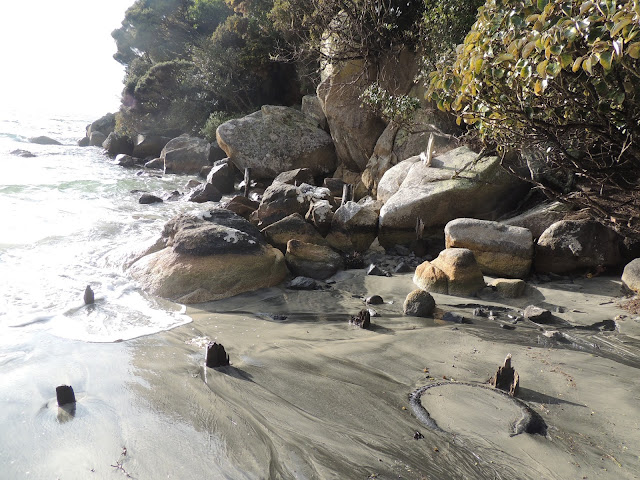 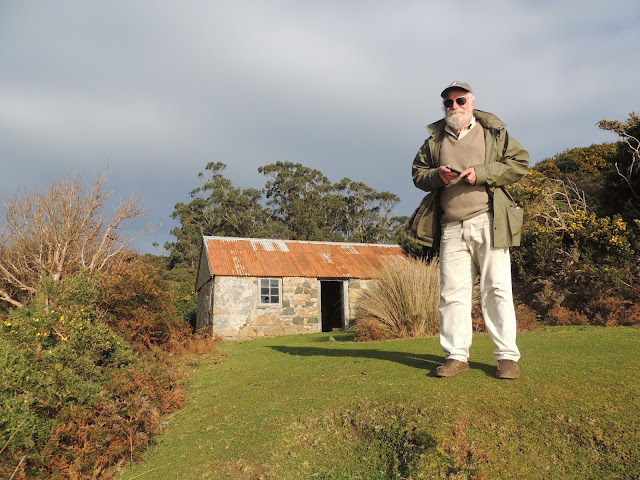 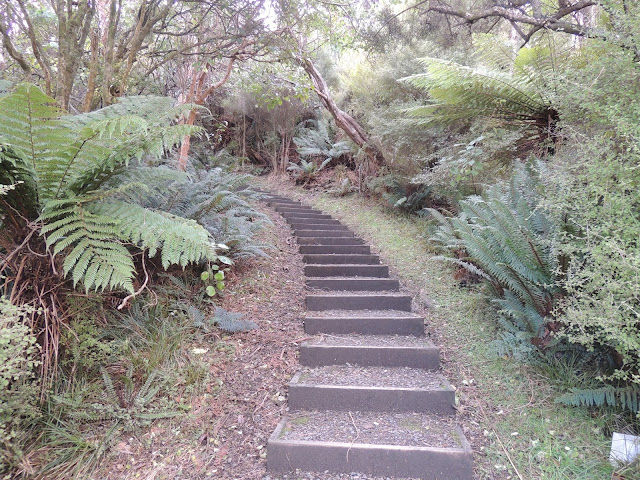 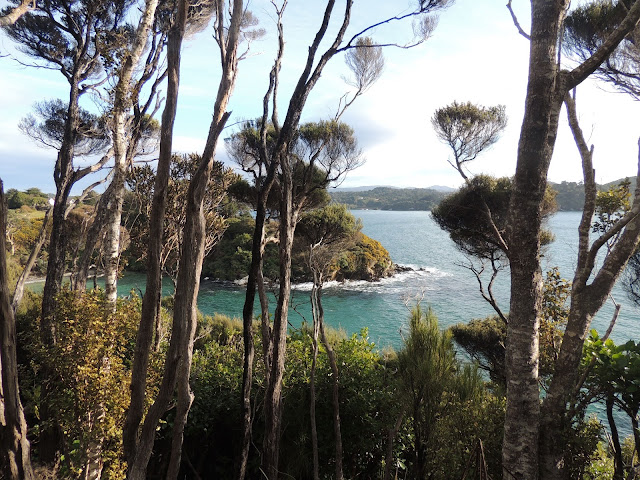 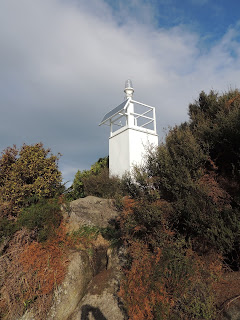 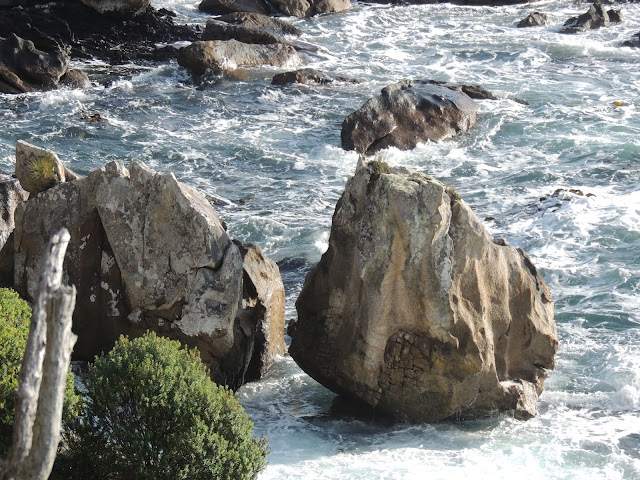 Warm enough on the walk back to shed my possum sweater. Even tonight it's about 50F. 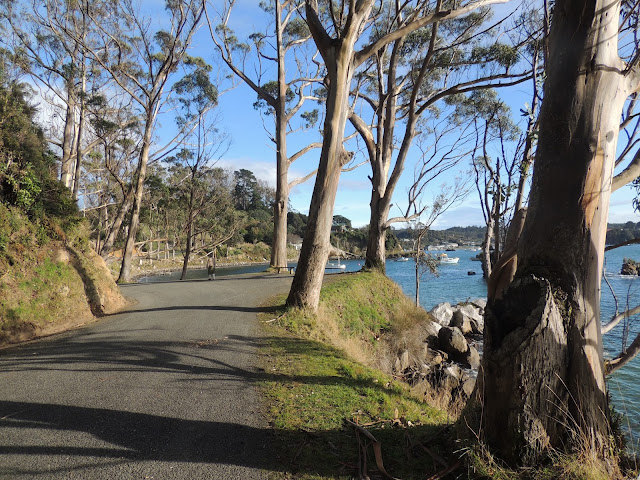 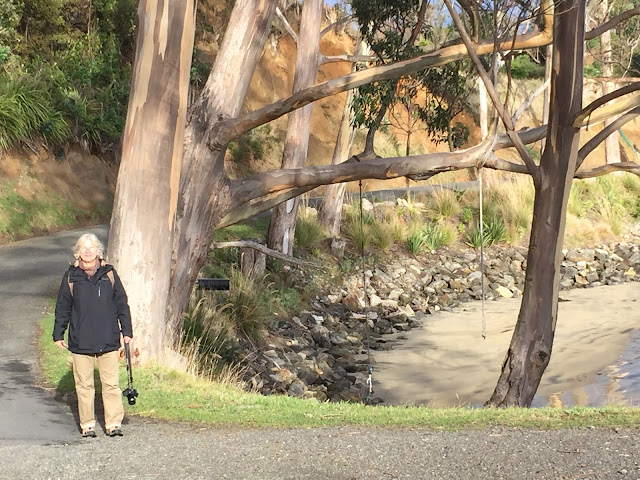 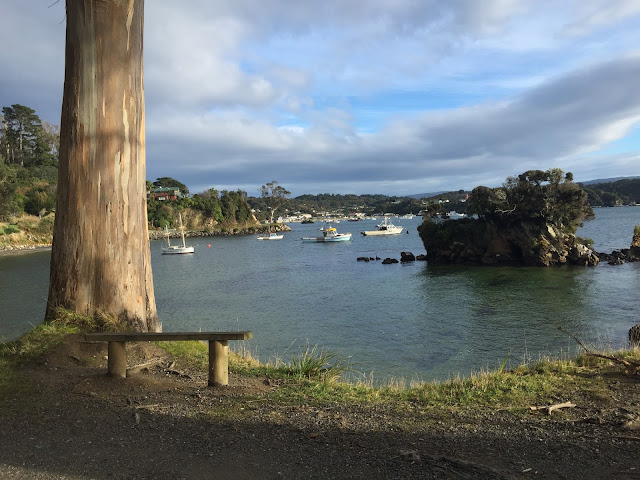 Time for a post-walk bloody on the hotel veranda. 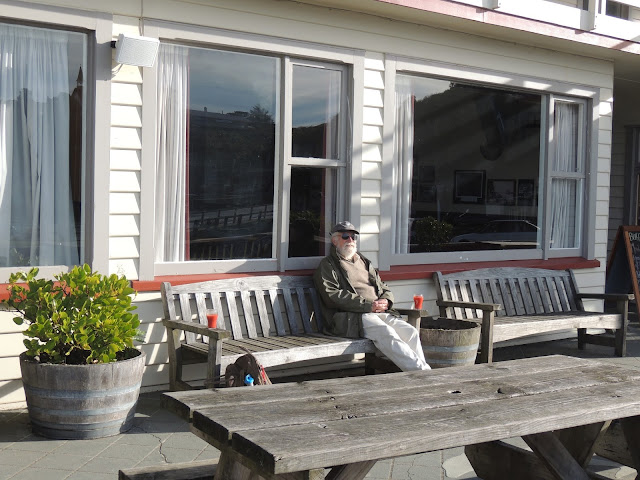 We'll miss spending another night here because of the flight delay. Rakiura is growing on us, and we'd like to keep exploring this quiet place. Did you know another of NZ's Great Walks is here?

Subantarctic Stewart Island lies 30 kilometres south of the South Island...with a land area of nearly 2000 square kilometres, and 85% of it is included within the boundaries of Rakiura National Park. The most recent addition to New Zealand's national park portfolio, Rakiura is an enchanted world of unmodified ecosystems and habitats. From dense coastal rainforests and freshwater wetlands to vast sand dunes and granite mountain ranges, the park provides an exceptional opportunity to see native wildlife and primeval landscapes.


Its large tracts of wilderness and mist-drenched forests provide insight into what mainland New Zealand was like before the arrival of humans. The Podocarp/Mixed broadleaf forests here are thought to be some of the most ancient continuously stable forests in the world, dating in continuity for tens of millions of years before present. This circumstance is due to the relative geographic isolation and lack of prehistoric settlement by humans.


This is considered the southernmost rainforest in the world, with dense forests of podocarps and hardwoods. Endemic and threatened birds of the mainland thrive here, such as the flightless kakapo (Strigops habroptilus), a large, nocturnal parrot that was completely extirpated from the mainland and later rediscovered here. A large portion of the island is protected, and while some pests have been introduced, the island has largely been spared the devastating alien species introductions of the mainland.