You all are the most careful readers and best audience a NZ reporter could hope for.  Here's a little taste of the Catlins region of NZ along with answers to what you've been asking... 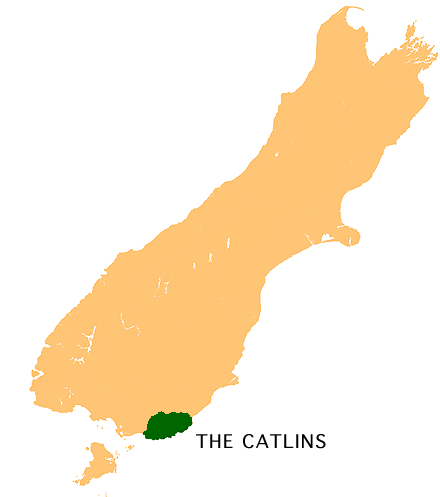 "NZ-Catlins" by James Dignan (User:Grutness) - Wiki en. Licensed under CC BY-SA 3.0 via Wikimedia Commons - https://commons.wikimedia.org/wiki/File:NZ-Catlins.png#/media/File:NZ-Catlins.png
More here on the Catlins, which we've visited twice and found challenging to access than even NZ's West Coast. Its


A rugged, sparsely populated area, the Catlins features a scenic coastal landscape and dense temperate rainforest, both of which harbour many endangered species of birds, most notably the rare yellow-eyed penguin. The coast attracts numerous marine mammals, among them New Zealand fur seals and Hooker's sea lions. In general terms the area enjoys a maritime temperate climate. Its exposed location leads to its frequently wild weather and heavy ocean swells, which are an attraction to big-wave surfers, and have also caused numerous shipwrecks...People have lived in the area since around 1350 AD. Prior to European settlement, the region was sparsely inhabited by nomadic groups of Māori, most of whom lived close to river mouths.

Breakfast Sunday at Cafe 55 in Balclutha 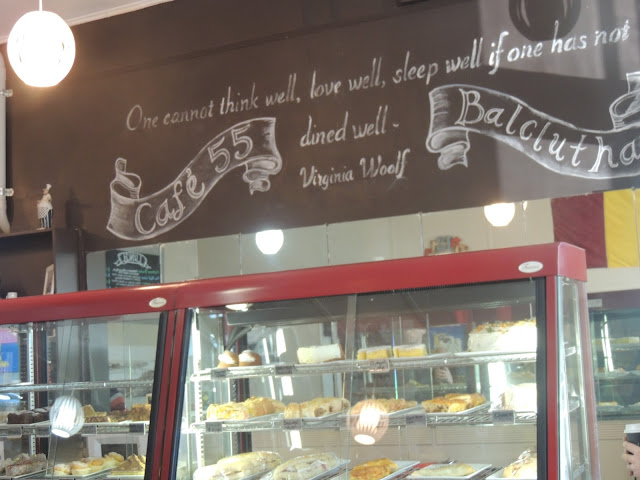 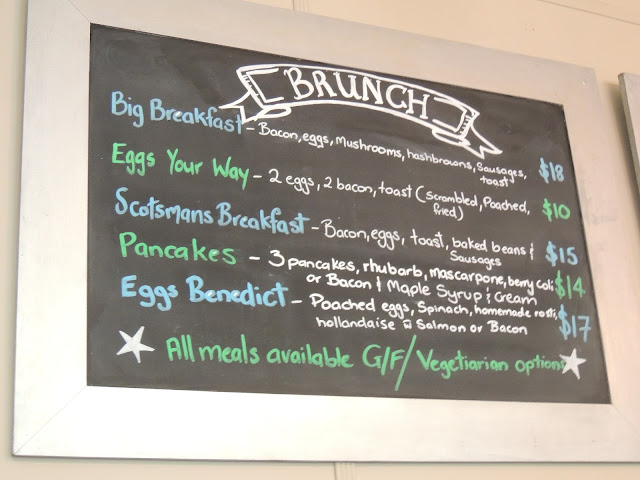 Does your camper have electricity? Does it stay fairly warm at night in there or do you have a space heater?
We have electricity when we're plugged into it at a powered campsite. We could go off grid (no plug-in) and use propane to power the fridge and propane heater, with lights running on 12 volt (battery). And yes, we have heat (two heaters, one propane, one electric), especially welcome on cool damp days. But we turn off the heat at night and sleep under a fantastically warm wool comforter covered in a duvet wrapper. 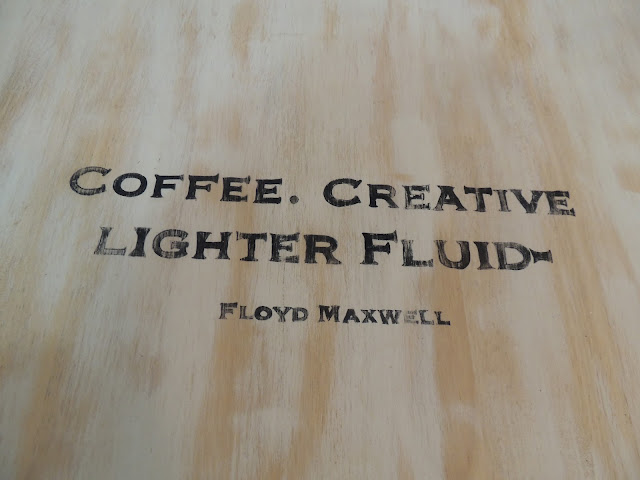 Is it always this deserted, or like Minnesota, is it mobbed in summer?


Travelling in summer (Dec-Feb) has the advantage of the best overall weather. However the biggest disadvantage is that it is also the busiest time of year for both local holiday makers and international tourists. As a result prices tend to be significantly higher, and accommodation in some areas can often be very difficult to obtain.

Click the link above for more on the seasons and travelers, esp spring's March-May period, which we had a glorious taste of. Outside of the larger cities, we've often been the only visitors and the vast majority of the time there aren't many people around at all. 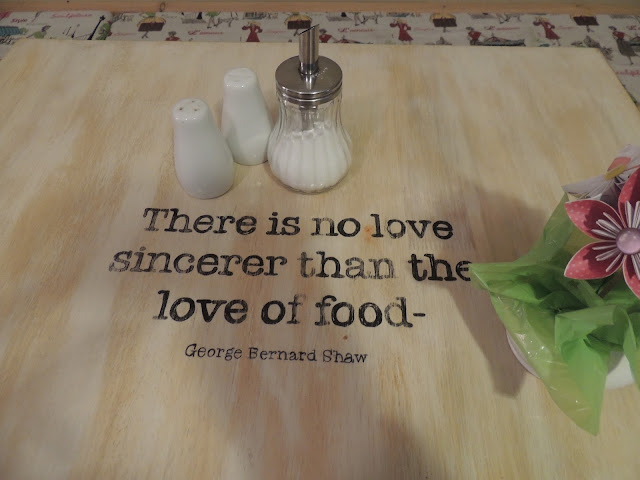 Is tourism big business there?
Indeed it is.

Check out this chart showing who visits...


Local newspapers are the best. I am sports-deficient, but I did learn in Auckland what a rugby ball looks like. 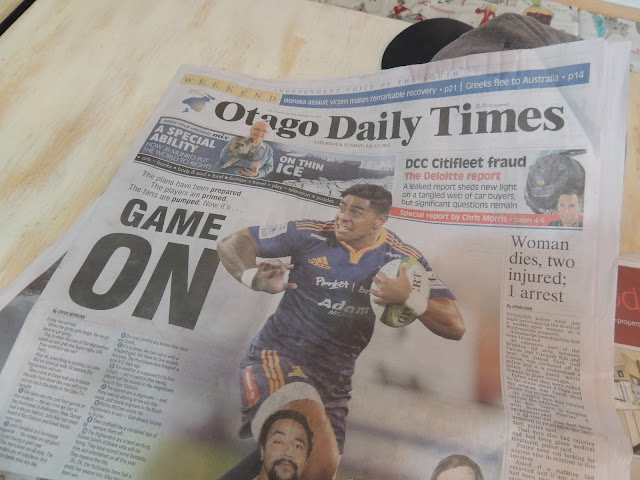 I just love this graphic, because without even reading the story you know--since Deloitte's at the center and you come from Chicago--that you would not want to be that guy. 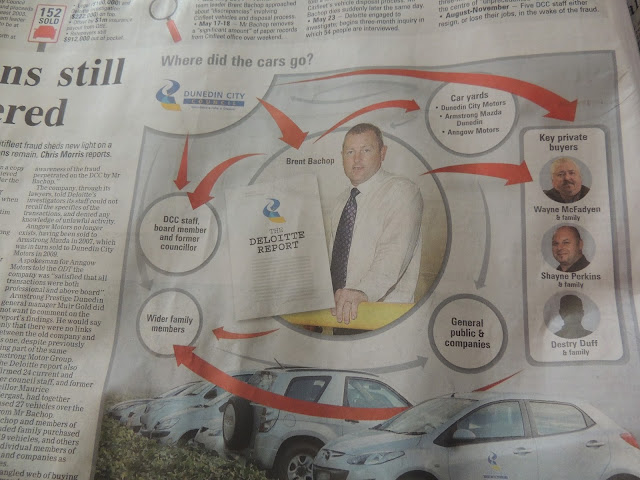 Are New Zealanders really as friendly as everyone says? Would love to hear what the foreigners you are meeting think of the US and all of our crazy. Have you started to pretend to be from Canada yet?
People here are possibly even friendlier than everyone says. They're open-hearted, love a good conversation, and are always interested in where we're from, where we've traveled here, and what our plans are. I think they're too polite to comment on US politics! 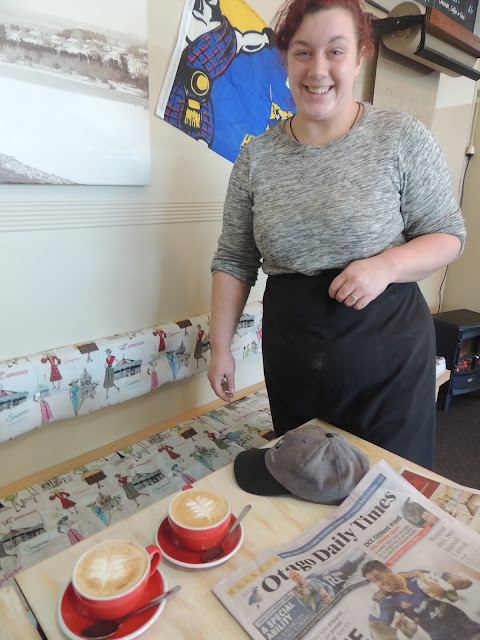 A street in Balclutha 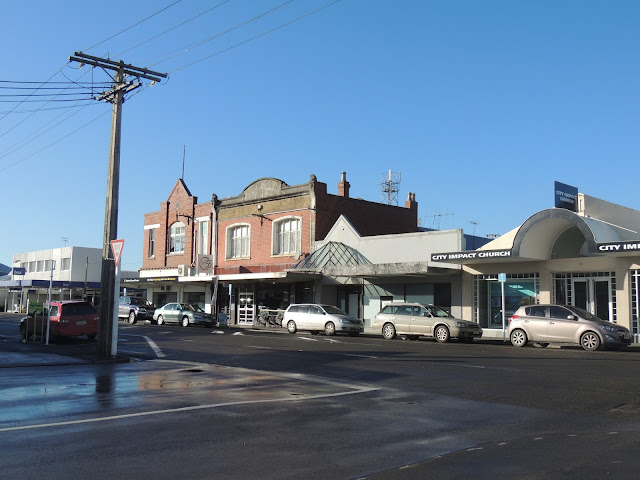 Most of what we've seen of the Catlins is this extraordinary undulating farmland. It's challenging to get onto the actual coast, making this area feel as remote as any we've visited.


The Catlins area has very few inhabitants; the region as a whole has a population of only some 1200 people. 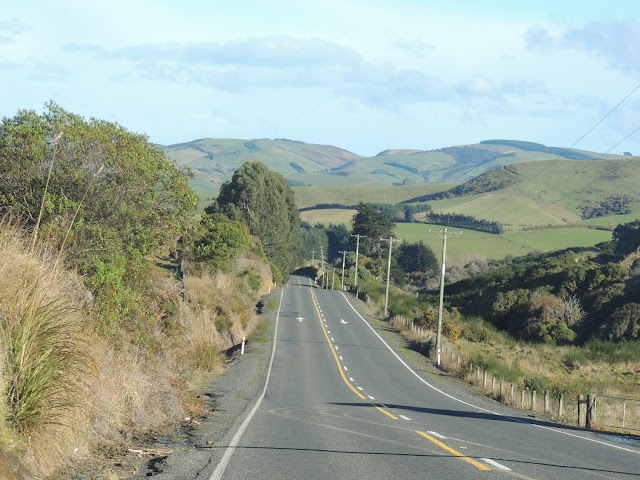 What are the temperatures like?
We hit a low of 19 degrees F in Te Anau (in Fiordland/South Island) in late June--winter here. Contrast that to a high of 80+ degrees F in Auckland (North Island) when we arrived in April. Between those two extremes, temps have been all over the gauge, with most of our South Island winter between 45 and 60. 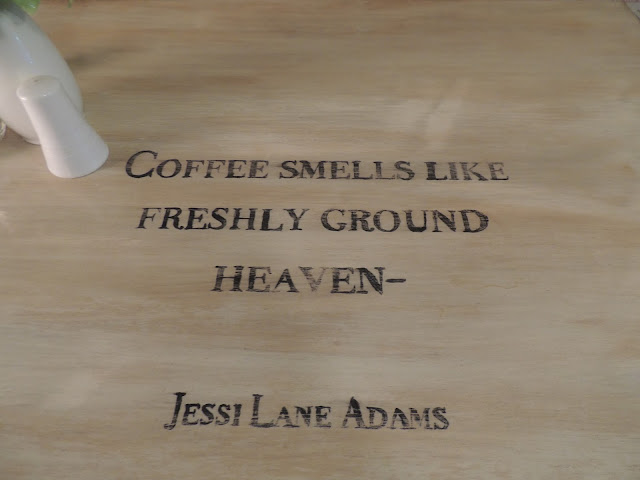 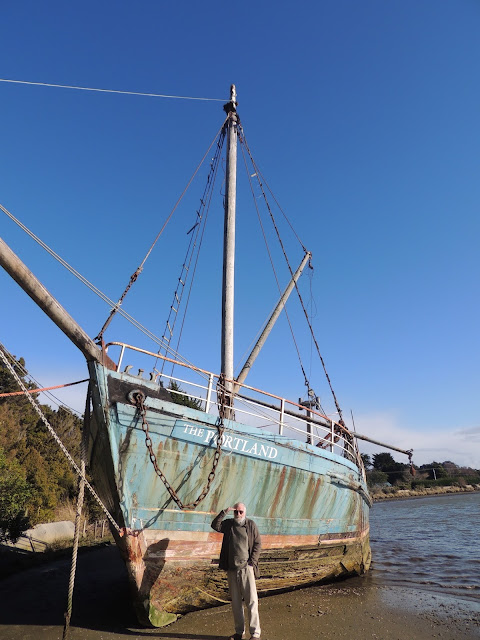 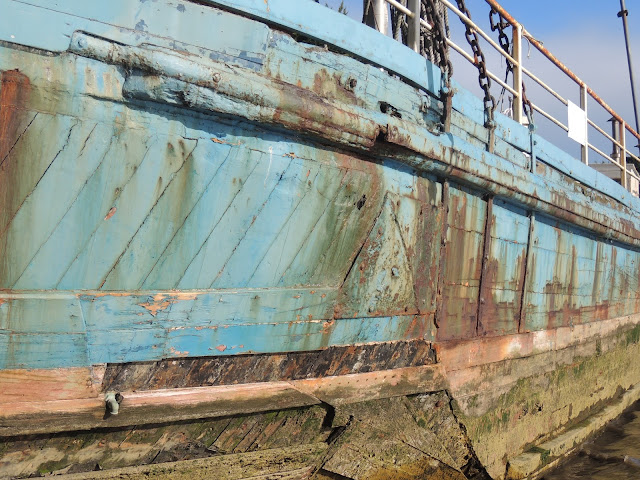 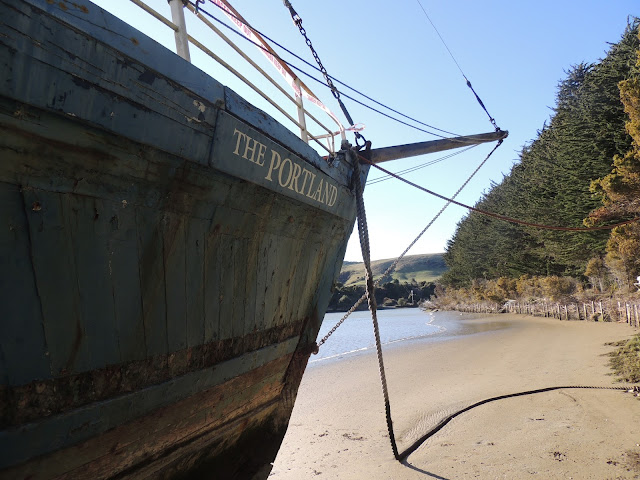 Vertical grazing in The Catlins 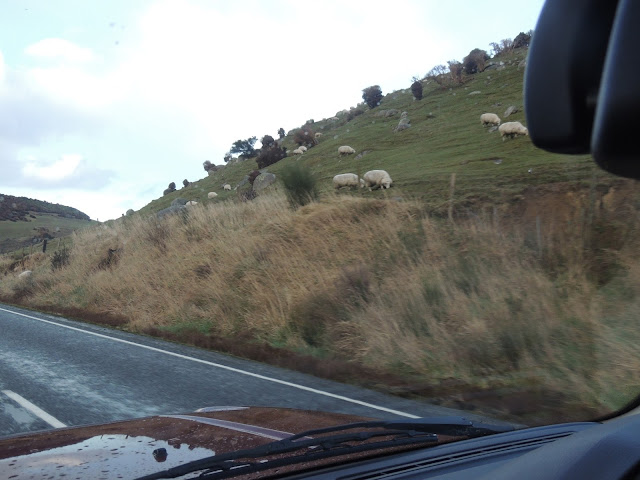 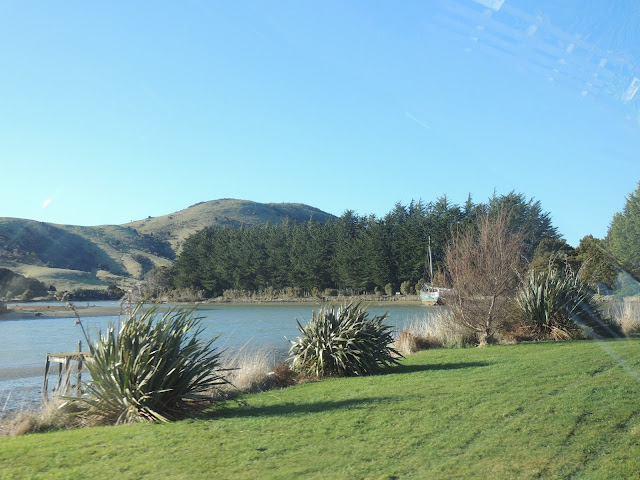 A campground we checked out for possible next stop. 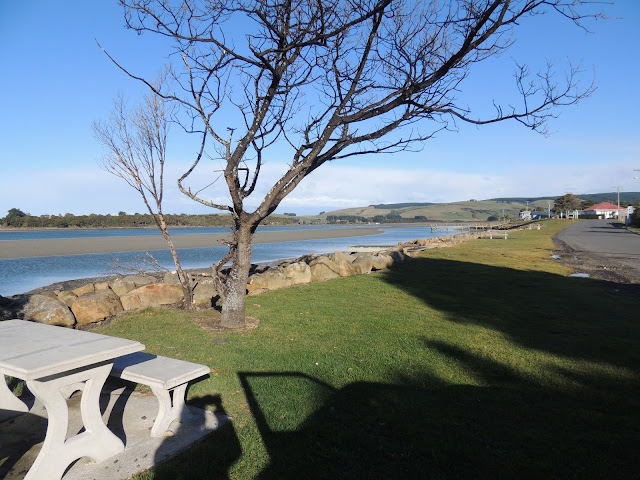 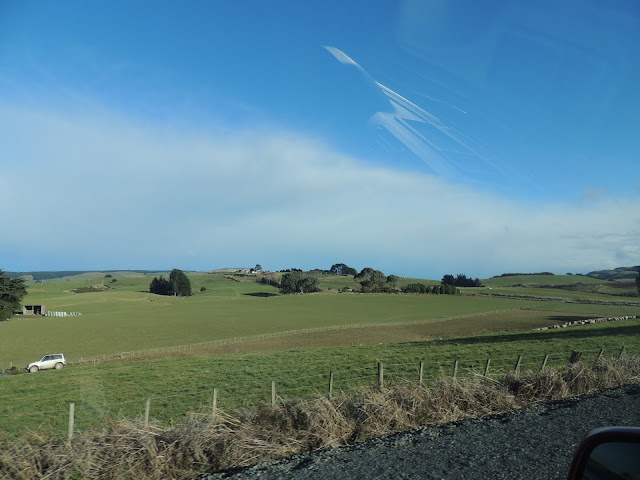 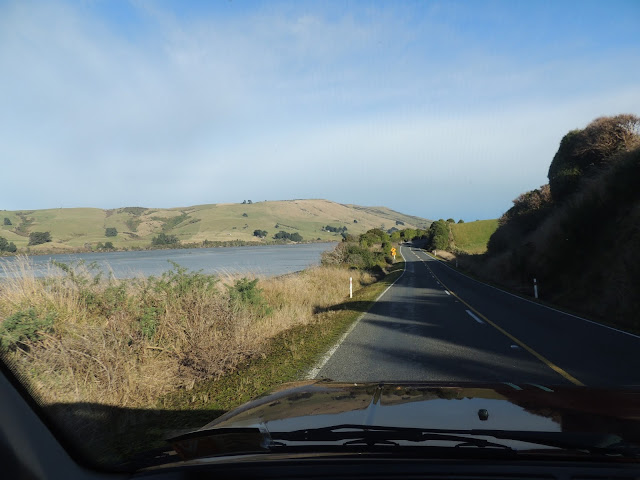 Do you ever get used to the weird names for places in NZ and can you pronounce them?
No. I regularly throttle the names, most of which seem to be pronounced precisely opposite of what instinct tells me. But once learned, we can remember them. My favorite is a town called Motueka, which I pronounced Muh-TOO-i-ka. In reality it's pronounced Motch-u-EE-ka.We have made more than one person chuckle. Any guesses on this one? 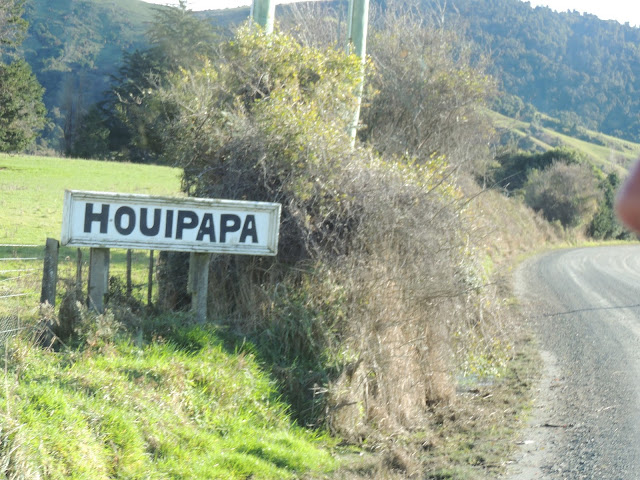 Sun today in The Catlins...until there wasn't. 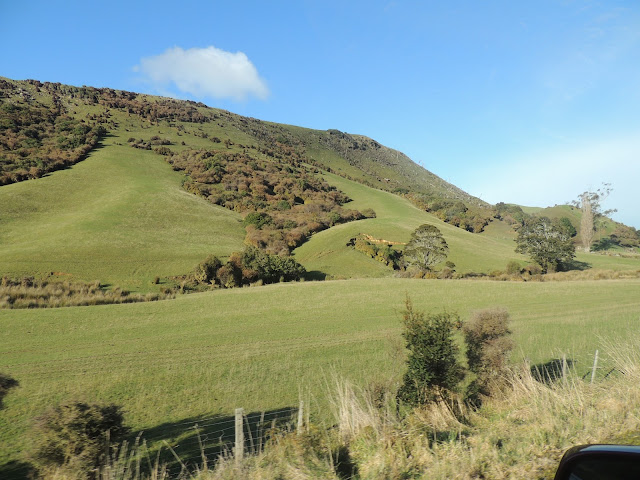 The Catlins take their name from the Catlins River, itself named for whaling captain Edward Cattlin (sometimes spelt Catlin). He purchased an extensive block of land along Catlins River on 15 February 1840 from Kāi Tahu chief Hone Tuhawaiki (also known as "Bloody Jack") for muskets and £30 (roughly NZ$3000 in 2005 dollars). New Zealand's land commissioners declined to endorse the purchase,[30] however, and the Māori received much of the land back after long negotiations ending more than a decade after Cattlin's death.[31] 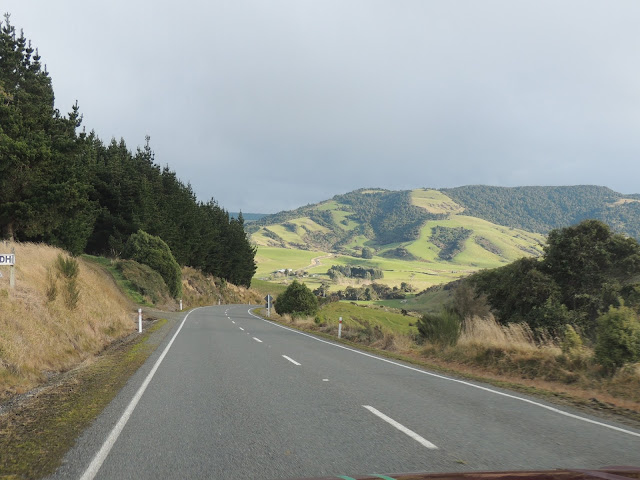 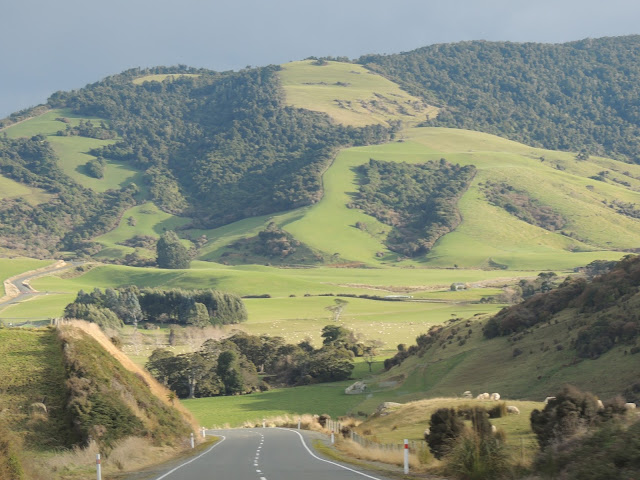 The landscape goes on like this for miles and miles... 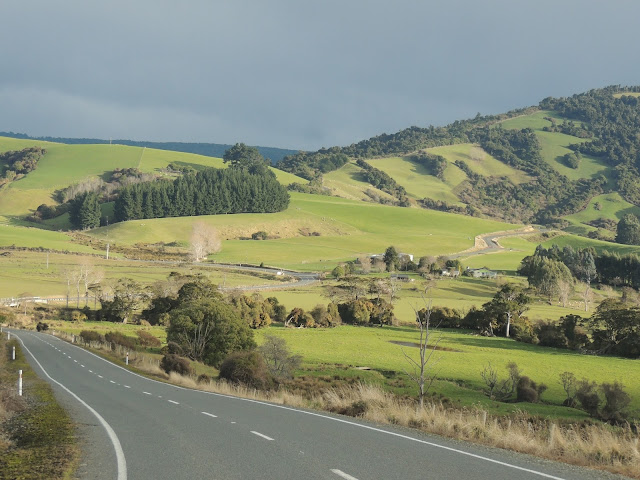 ...and then abruptly opens up to a most astonishing view of the Pacific Ocean. Our inability to really experience this region seems to be weather-related (along with a couple of road closures, including another one today). It's one of the few places here that has eluded our concerted efforts to discover it. But we haven't given up yet. 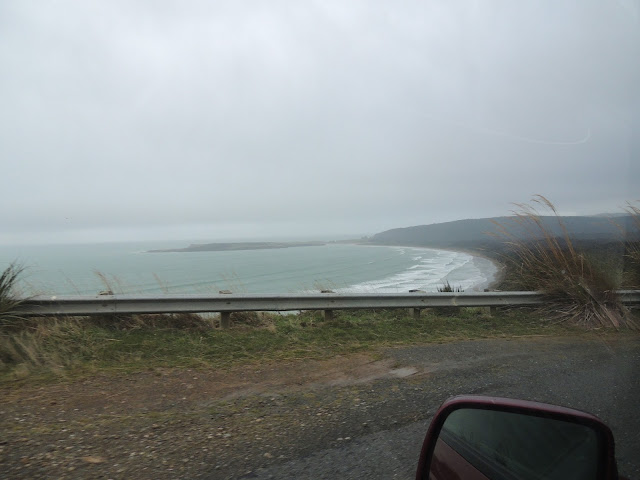 Are you going to wear those same pants and jacket for the next three months?
Probably. 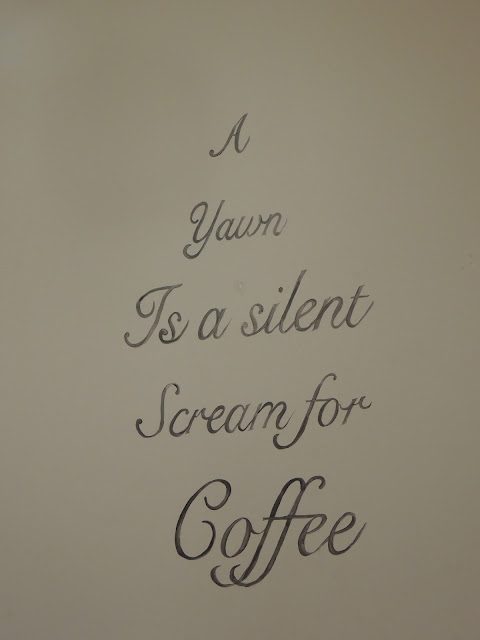