From Rakiura/Stewart Island to Balclutha, via Invercargill

With an early afternoon flight, Friday morning we nosed around the museum on Rakiura/Stewart Island. Archaeological evidence shows Maori have been visiting on food gathering expeditions since the 13th century. This Maori woman, called Tarewaiiti, lived to be more than 100 years old (and, nice ink). 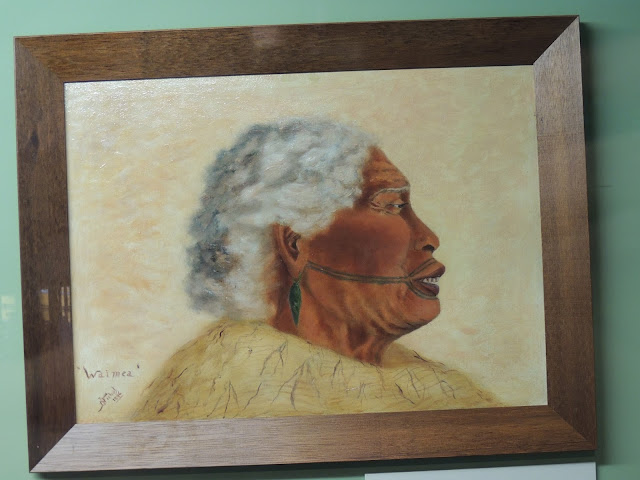 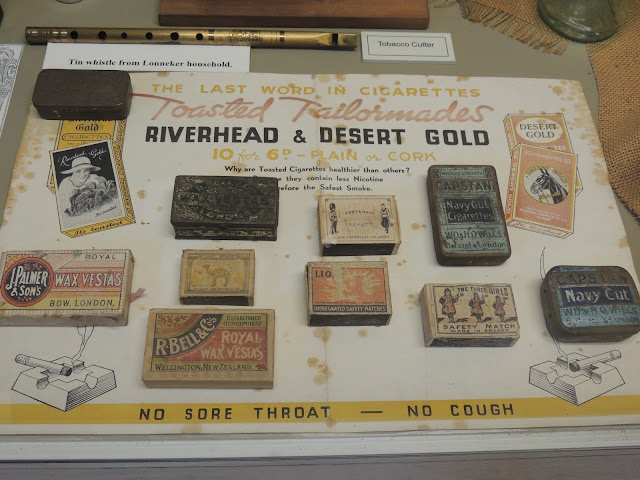 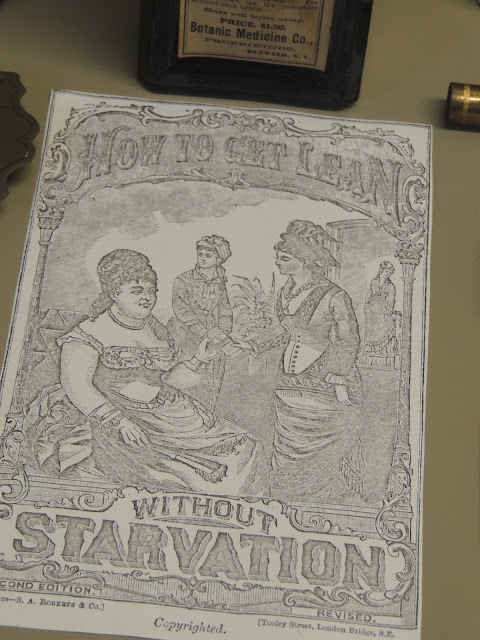 The great remedy for corpulence 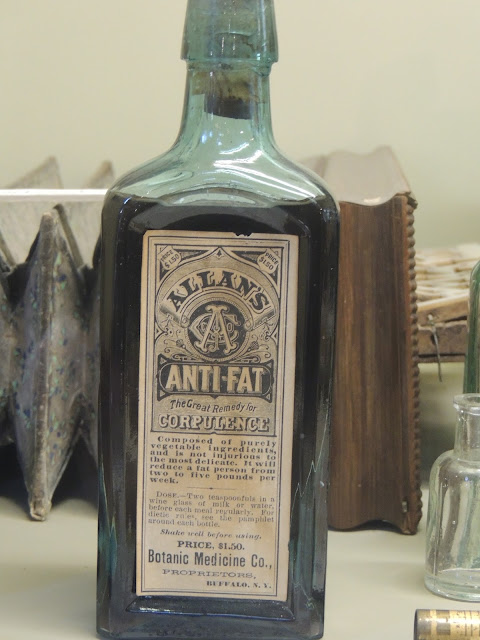 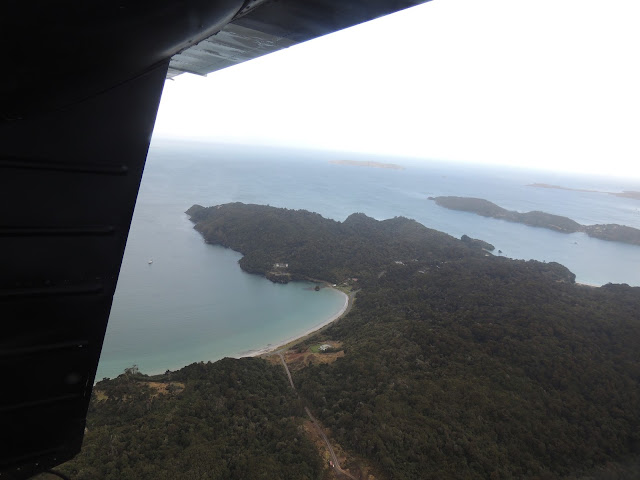 Landing in Invercargill, this Air New Zealand plane stood out, with its classy livery (I had to look it up), or insignia. More here.


The new livery features the official New Zealand Fern Mark and is a bit reminiscent of the highly popular All Blacks livery design previously seen on the 777. This change also celebrates black becoming the airline’s new brand color. 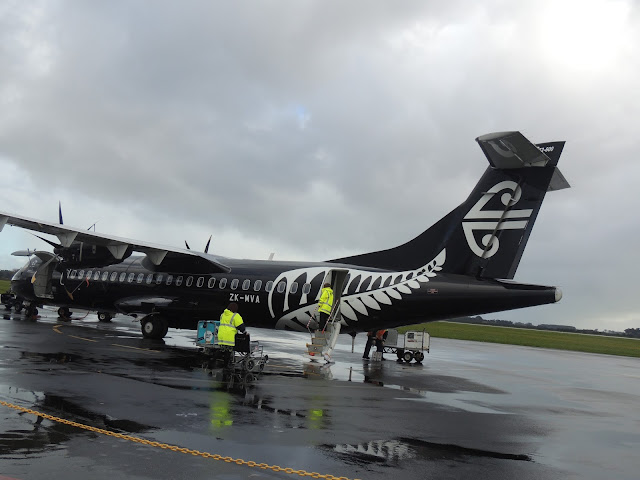 Saturday we left Invercargill bright and 10 am early for Balclutha, east toward Dunedin. After a breakfast of salmon salad and clementines, cheese and carrots for road snacks (word of the day: orange). 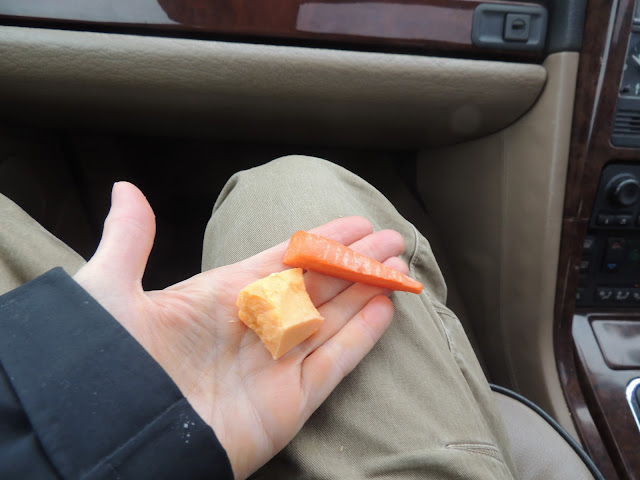 Fresh landscapes and small towns unspooled during our drive, which took us north of The Catlins, the southern coastal region we tried to visit a week ago only to be turned back by big rains and a closed road. We'll go at it from a different direction now. 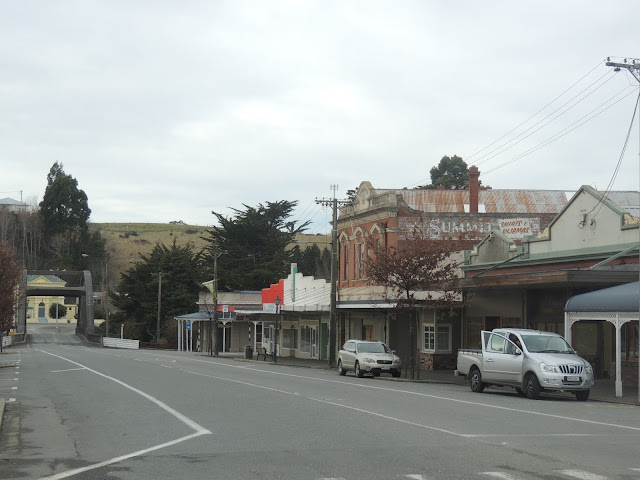 Balclutha's a little town at the edge of the Clutha River, which you might remember from these posts. We looked for a campground marked on our map and then gave up and parked for some sustenance: a lemon custard muffin and flat white (trust me). 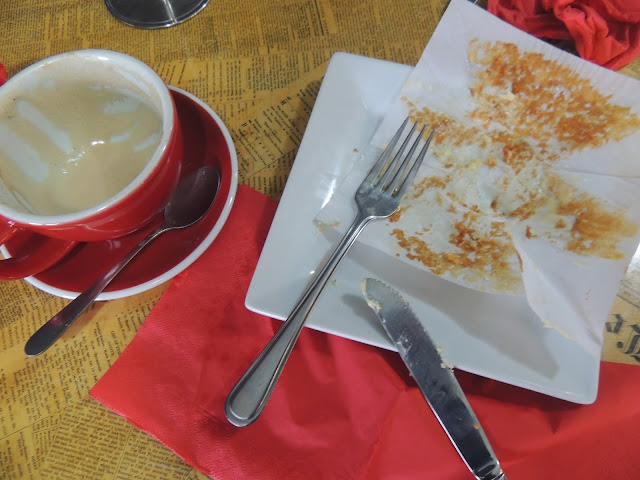 On the walk back to our rig, we saw a yard sheep. 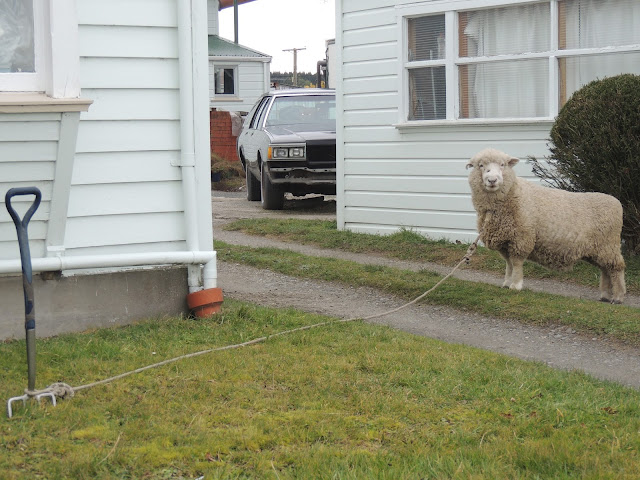 We did finally find the campground, and while it's nothing to write you about, it's a good jumping off point to The Catlins, which we'll explore tomorrow, and has strong wi-fi for work Monday. Plus, just outside our caravan, a river walk. 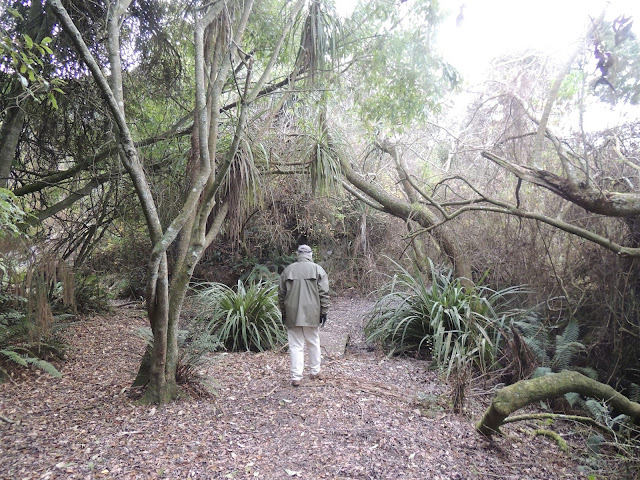 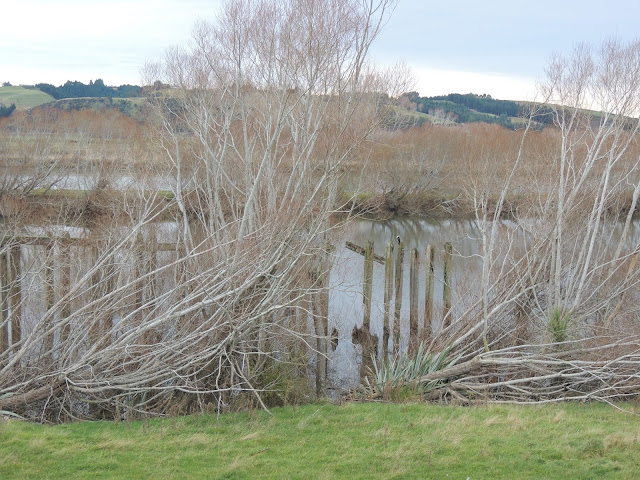 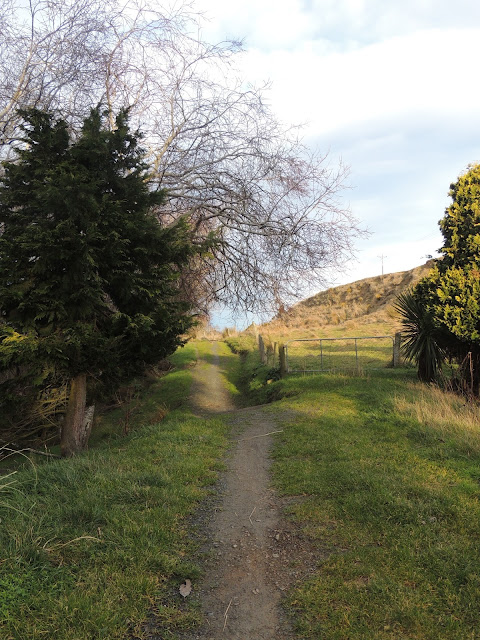 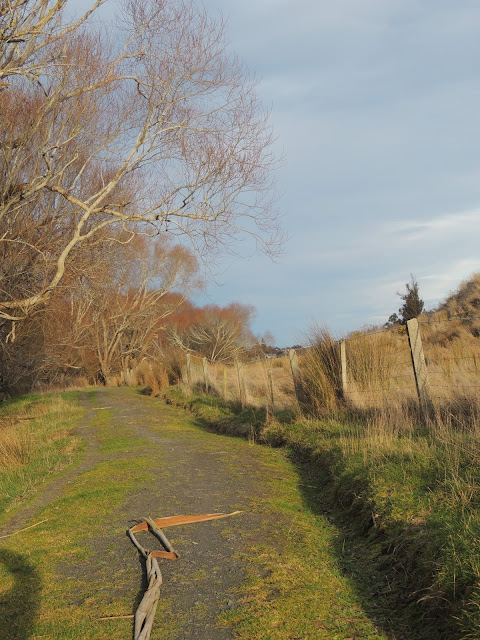 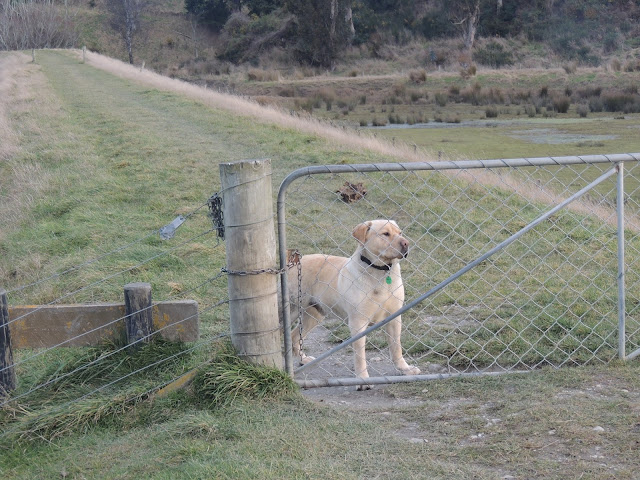 We are starved when we get back. Muffins don't power five miles and I need food to make a real meal. Time to get some cheese and raid the cracker box, those 180 NZ oat crackers my new favorite. 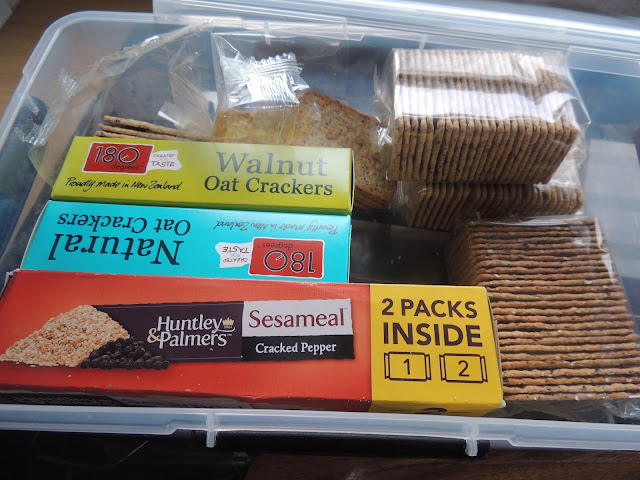 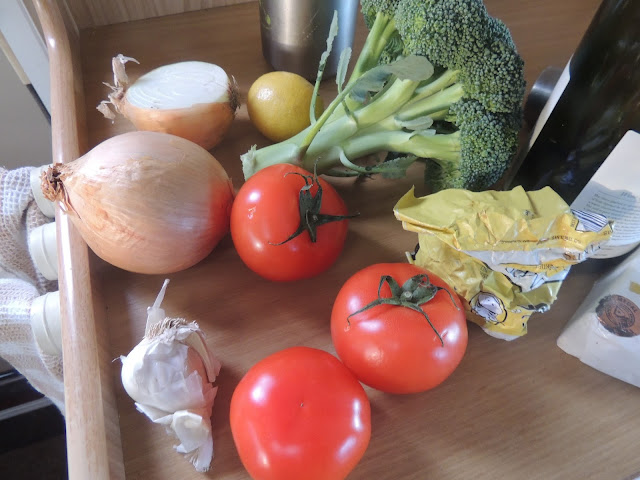 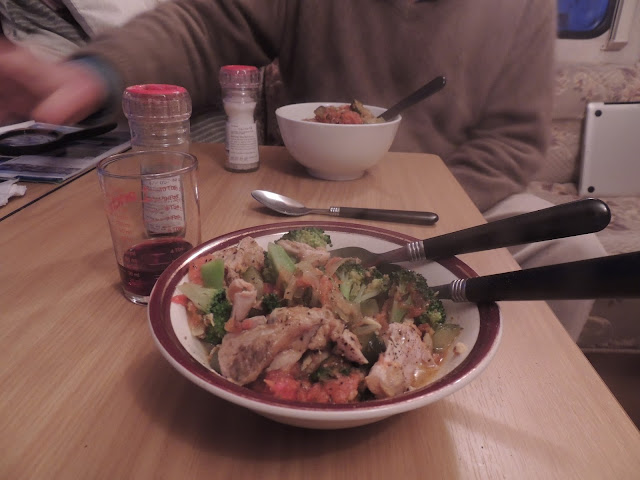 While I was cooking, a knock on the door (unusual). It's our neighbors in the campground inviting us for a drink. Why not? Kay and Richard, from the North Island, poured the wine and we compared notes on our travels. Such lovely people. 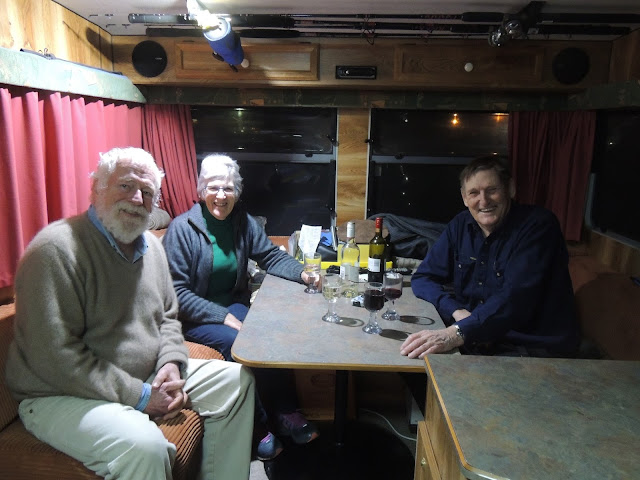 Kay showed me some of the handwork she does. In NZ they call them ladybird bugs. Night night from Balclutha, friends. 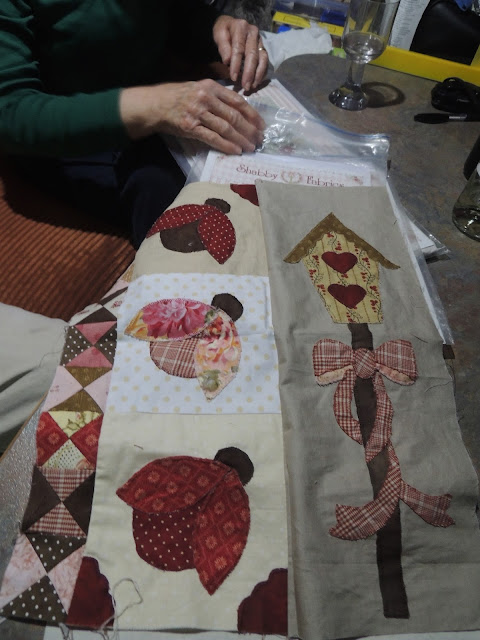