Whew, whatta day. The pace isn't allowing for much blog elaboration. We boarded the bus at 7:45 am and Selwyn, our exceptionally good-spirited driver, drove us from Auckland to Rotorua, center of Maori culture, via the Hobbiton film set and the Waitomo glow worm caves. 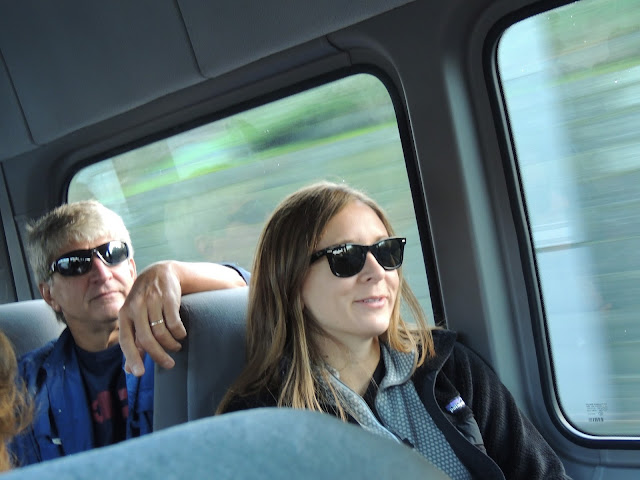 We stopped at a fruit stand in the country for apples and clementines. Paula's as intrigued by the little red yams as I was. 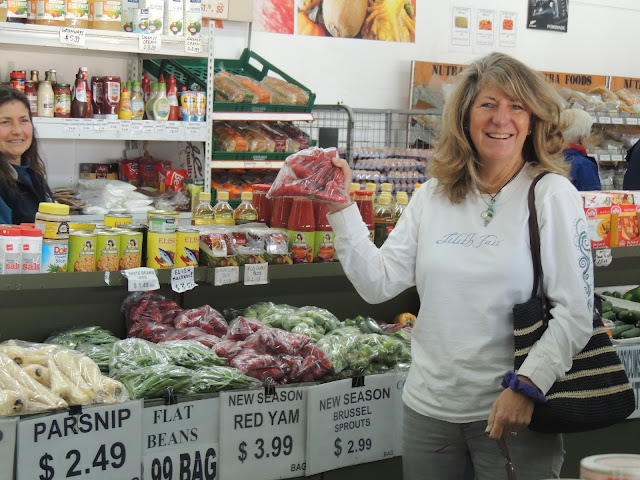 A bit farther down the road, Selwyn said the magic words: anyone back there like cheese? NZ has lots of small cheesemakers, and this one was new to us, Kaimai. You could spend days just stopping at small NZ spots to investigate. 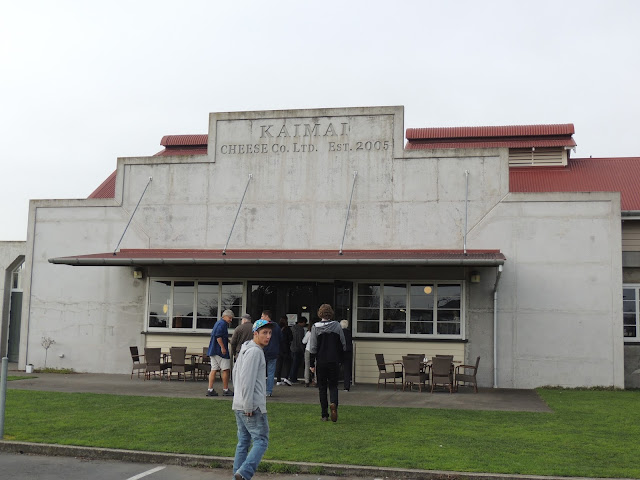 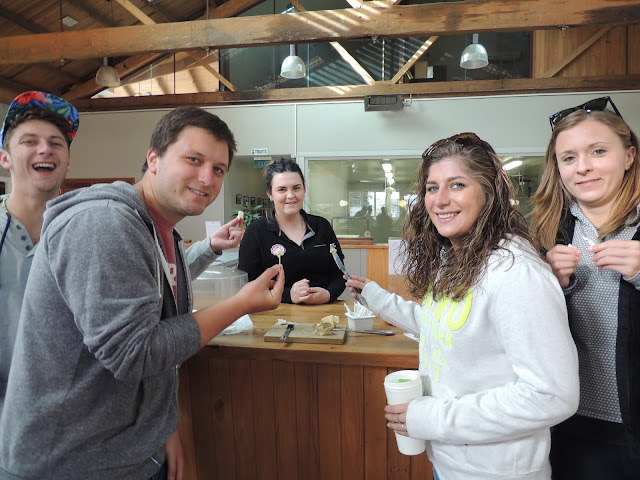 This little Benz bus is a lovely way to travel. Art gets to look around and I get to stop staying STAY LEFT. 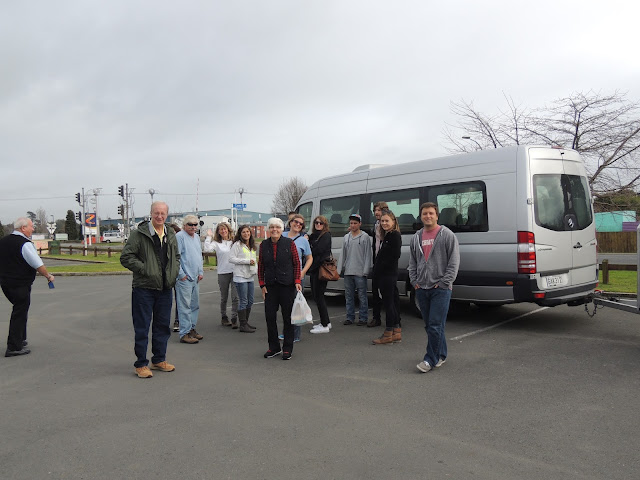 Brookerz and her go-pro head gear. We're trying to find time to download, but this group is keeping us pretty busy. 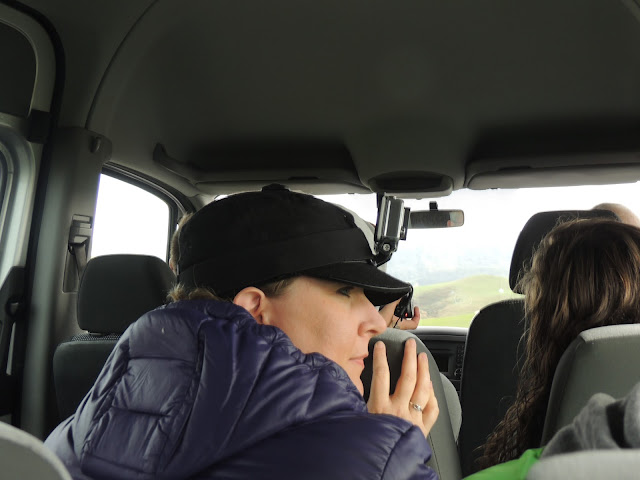 At the Hobbiton, where the Lord of the Rings/Hobbit trilogy was filmed, Pete and Paula get into hobbit mode. 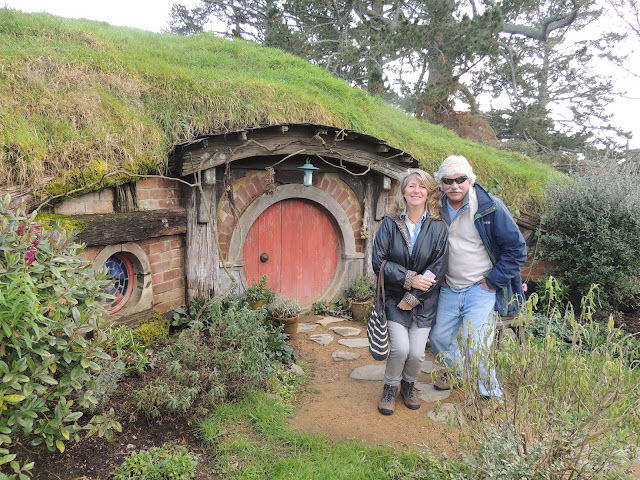 The Hobbiton tour was more compelling than I'd imagined. NZ director Peter Jackson had planned to use 12 locations for The Shire until he came here to Matamata and found a single spot to shoot it all on a 1250-acre sheep farm. They also shot at more than a dozen other locations throughout NZ. 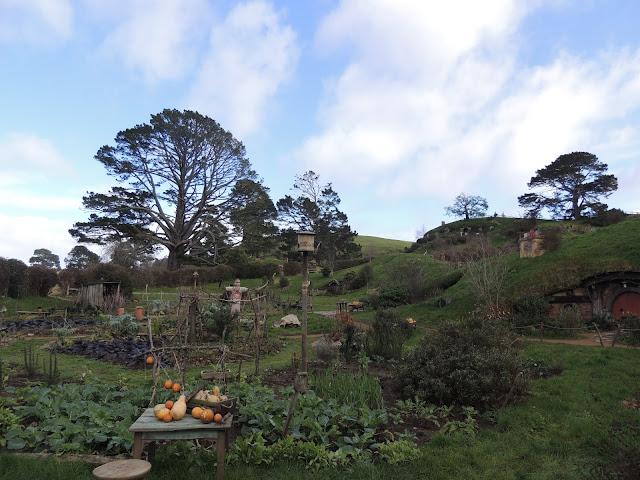 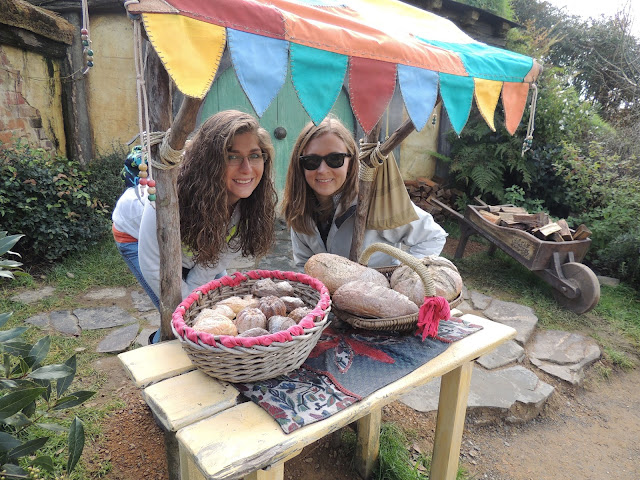 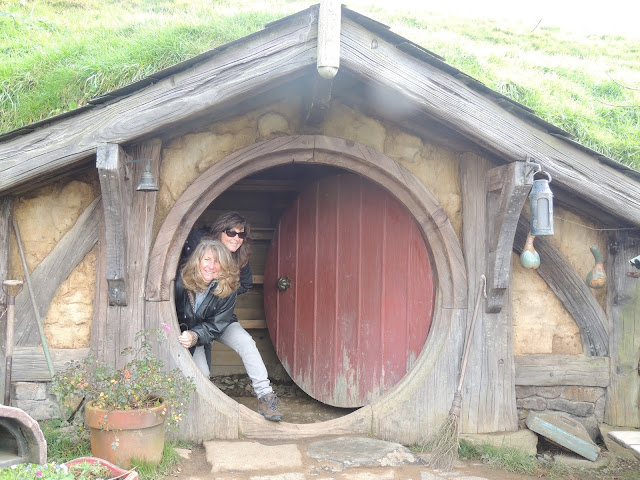 Stunning actual Waikato farmland (which looks like a set itself). 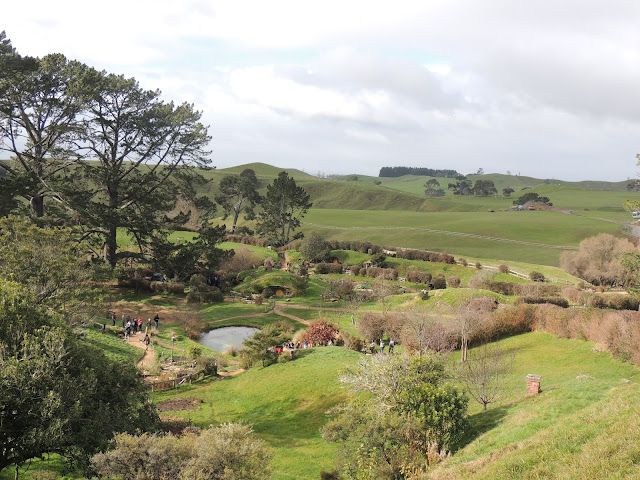 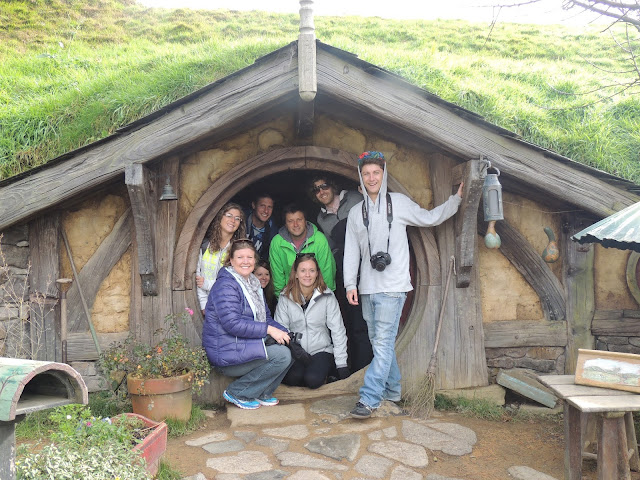 Leah picked out this house (will Marc agree? It's a big move from Pilsen). 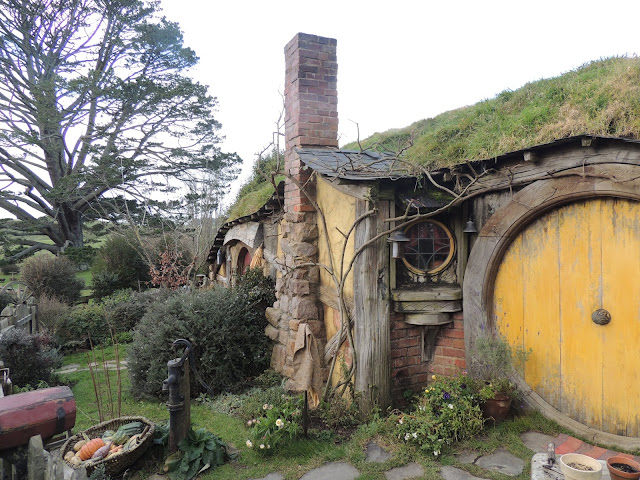 After the tour, we paused for a beer or cider at the pub on the set. 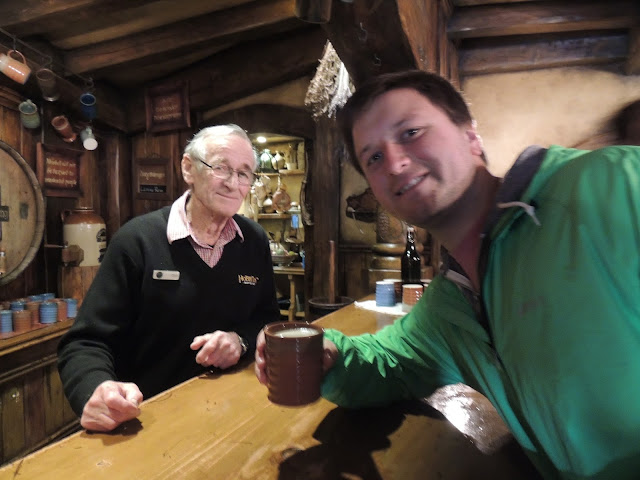 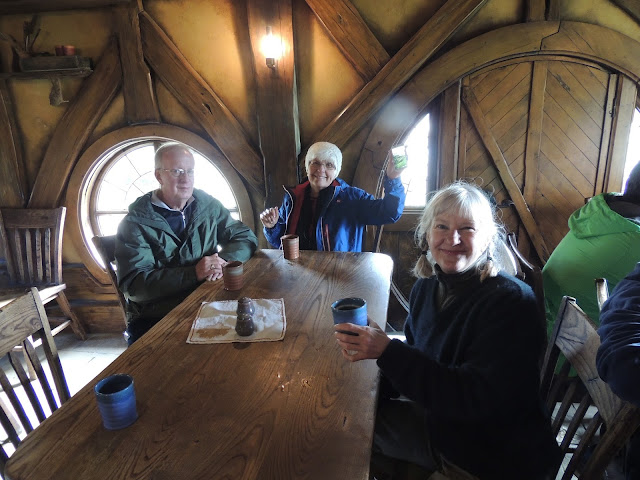 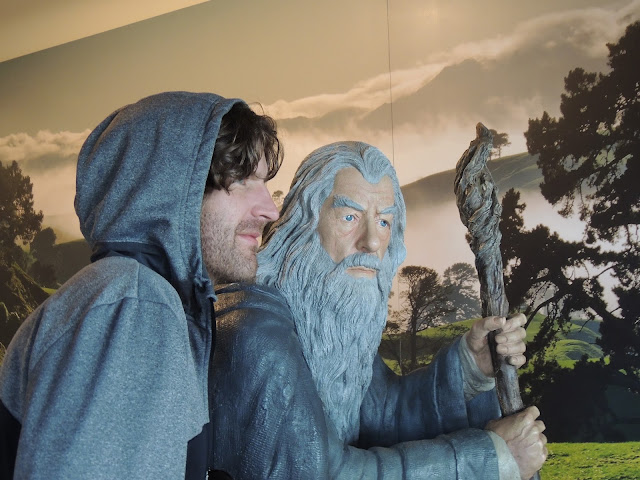 Brooke got a possum hat today. 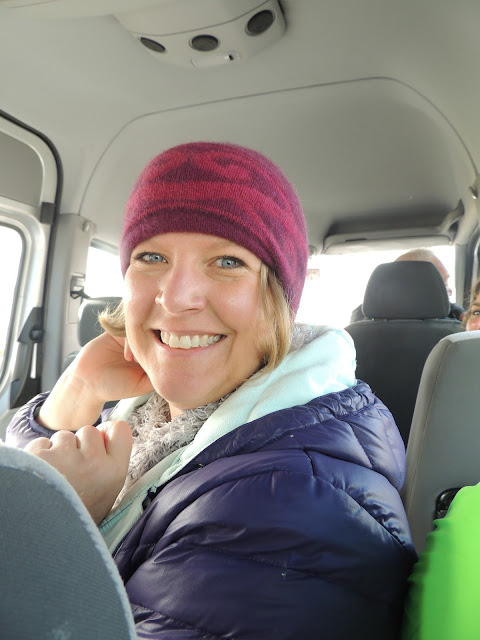 And Austi a NZ kiwi topper. 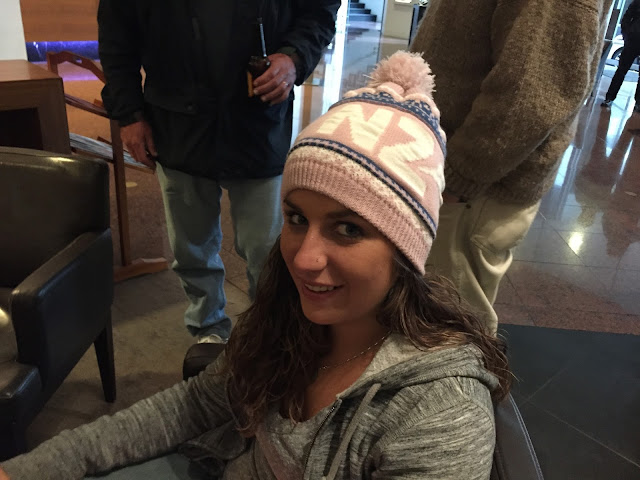 A bit more driving and to the Waitomo Glowworm Caves. We were taken through the caves by a splendid Maori guide and then boarded a small boat for a ride on an underground river, glow worms lighting the cave ceiling like stars, she pulling us along via a series of cables. Our guide asked us to remain perfectly silent during this part, itself a towering achievement. There are some good pictures here. I would have an original for you but nobody in this group has time to send me any. 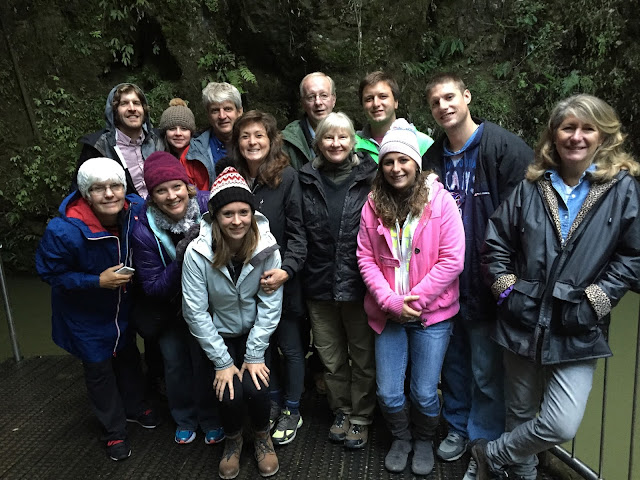 Much more here. I am out of steam tonight!
The Waitomo Glowworm Cave is located in the Waikato region of New Zealand's North Island. It is part of the Waitomo Caves system, which includes Ruakuri Cave and Aranui Cave. As the name suggests, the cave serves as the home to glowworms, specifically Arachnocampa luminosa, which are a type of fungus gnat species that glow in their larval stage. Because it was underwater 30 million years ago, the cave is made from limestone composed of fossilized shells, skeletons and coral.
Posted by H2 at 4:09 AM