T'was a relaxing, sight-filled day today on our train trip to Taieri Gorge. As a plus, my driver got to look out the window instead of staring at the road. Today, a few snaps and some history on what's called Dunedin's gingerbread house. Tomorrow after work, a look at the trip itself. Wiki has more on the station's history here. 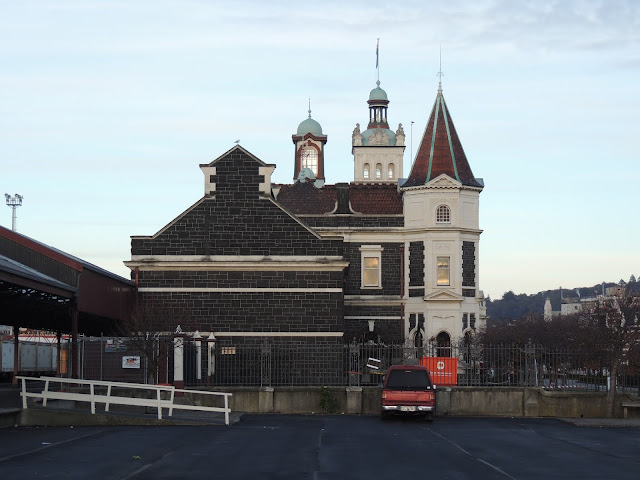 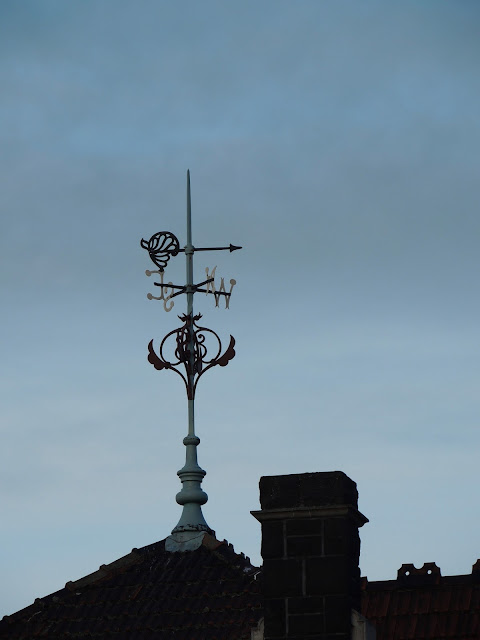 Cribbing a bit from the literature: Dunedin Railway Station was opened in 1906 to cater to the traveling pubic of what was then NZ's commercial center. 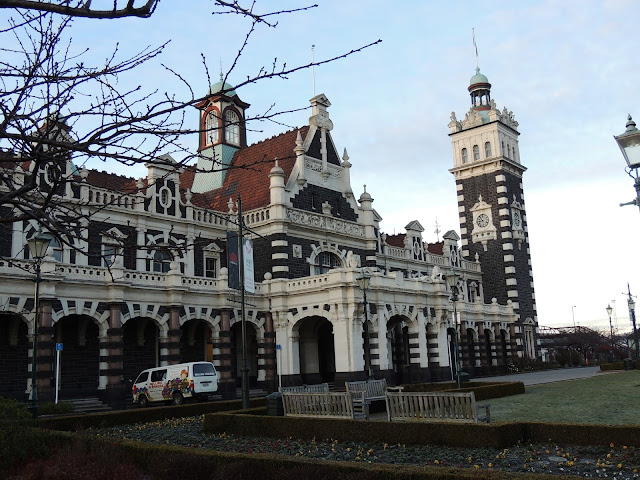 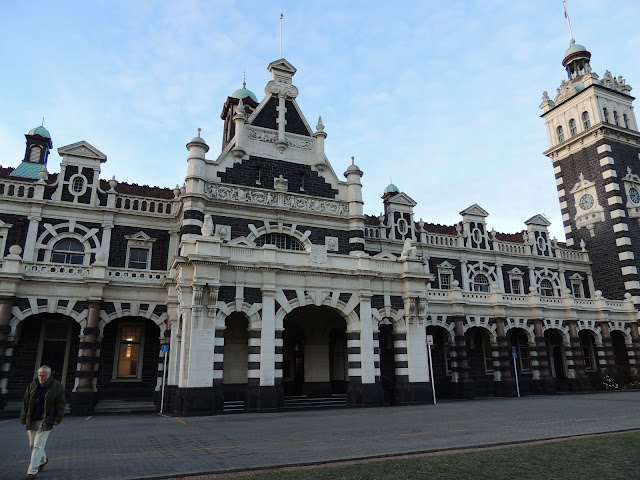 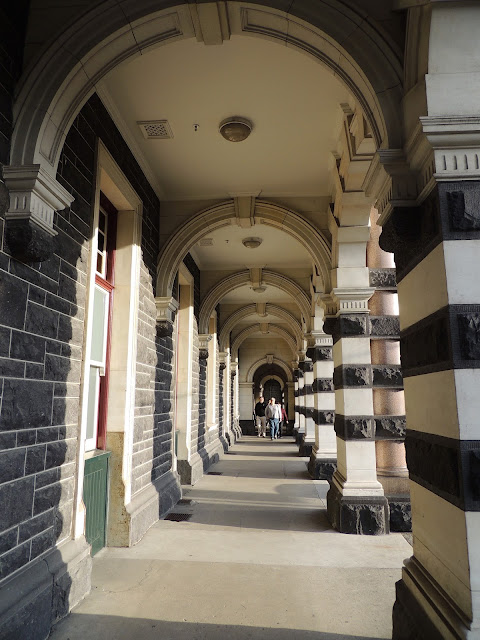 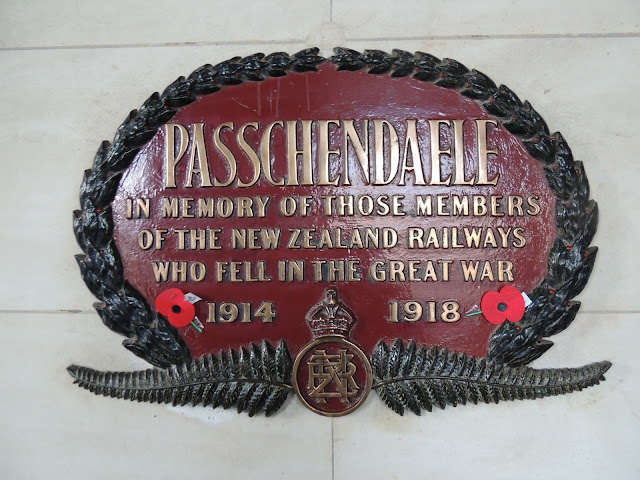 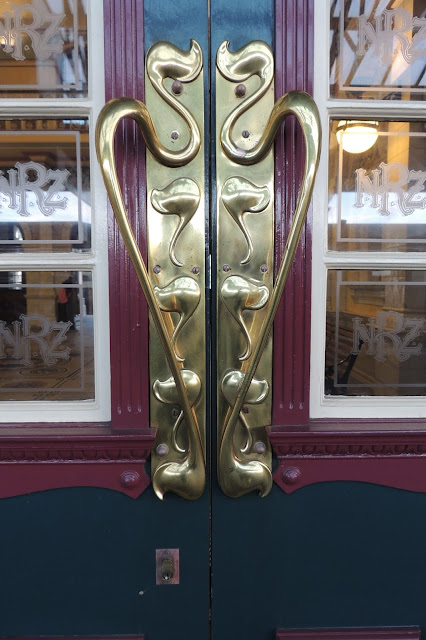 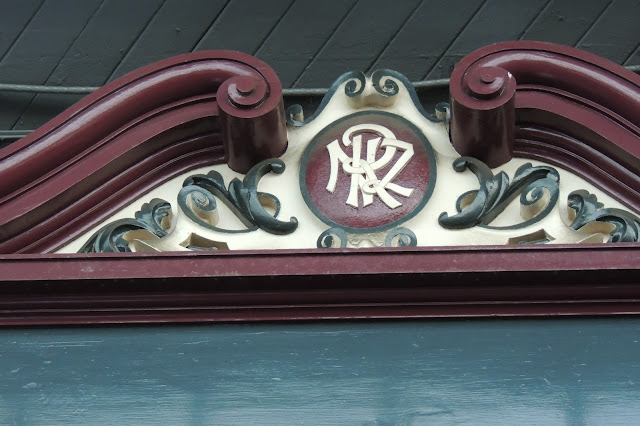 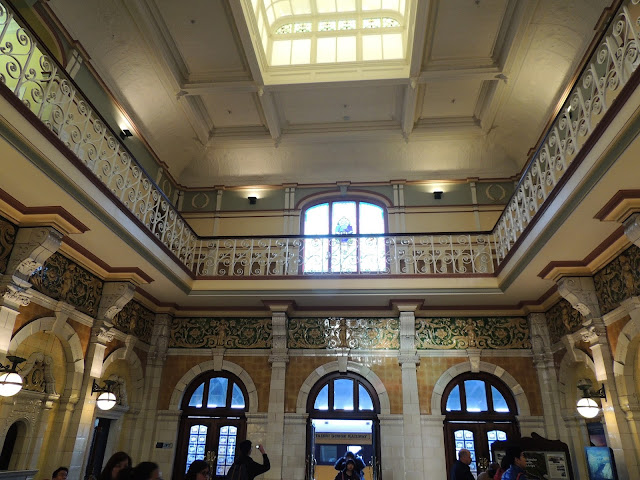 I was immediately drawn to the 57 floor panels made up of mosaic tiles, the nine central panels showing a small English steam engine, NZR logos, and other rail motifs. 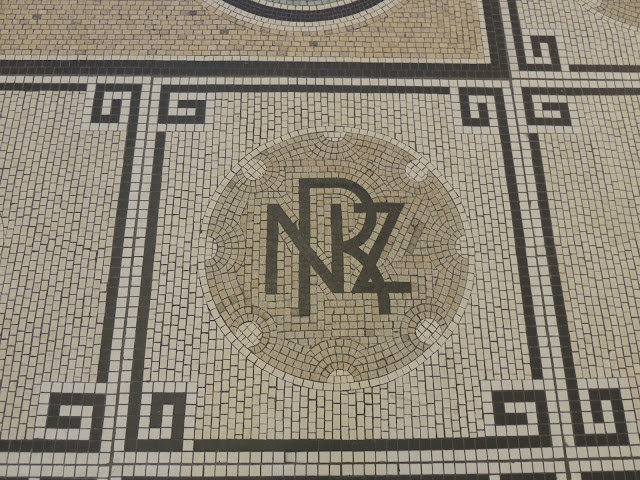 The original floor consisted of 725,760 half-inch porcelain squares manufactured by Royal Doulton in England especially for the project. 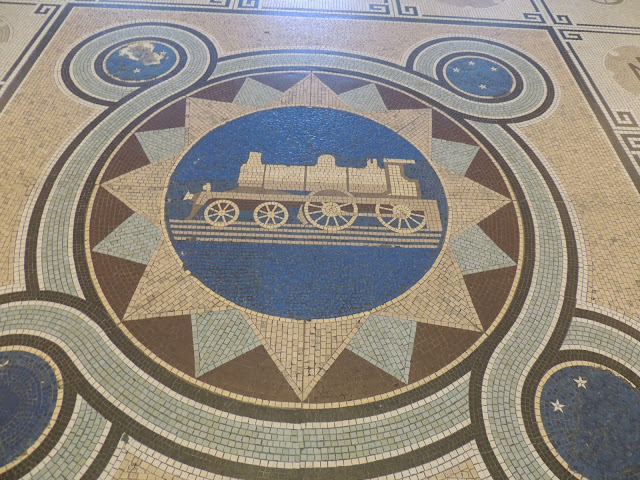 The classical ornamentation of cherubs and foliage that lines the walls beneath the balcony are original Royal Doulton china. 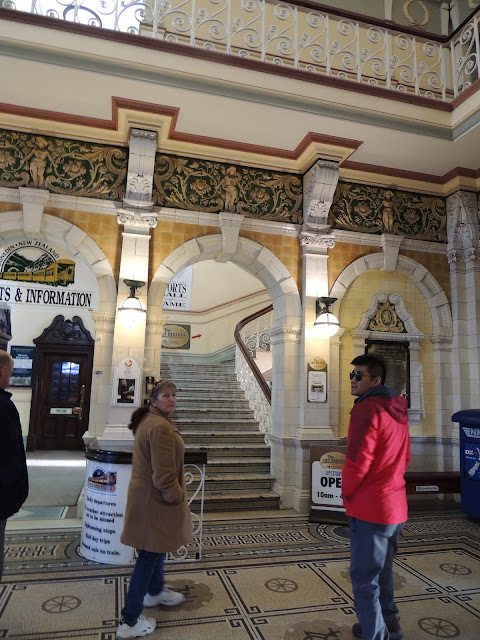 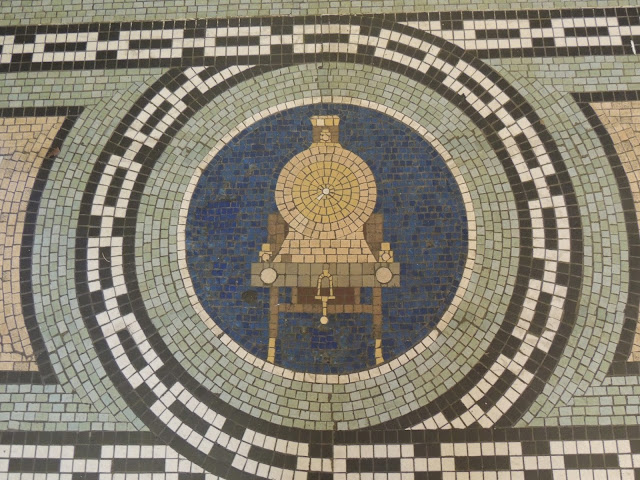 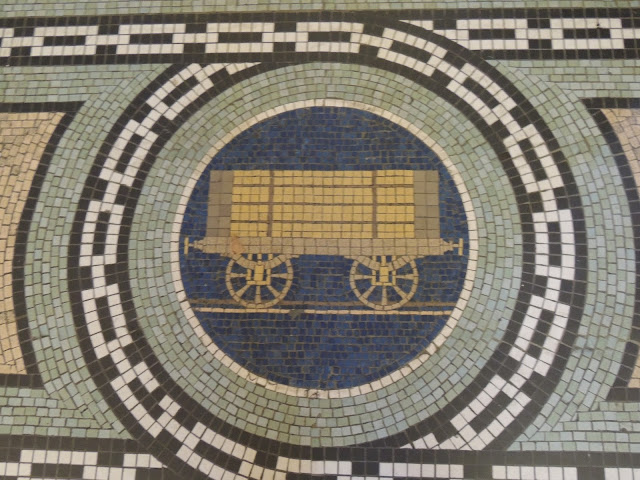 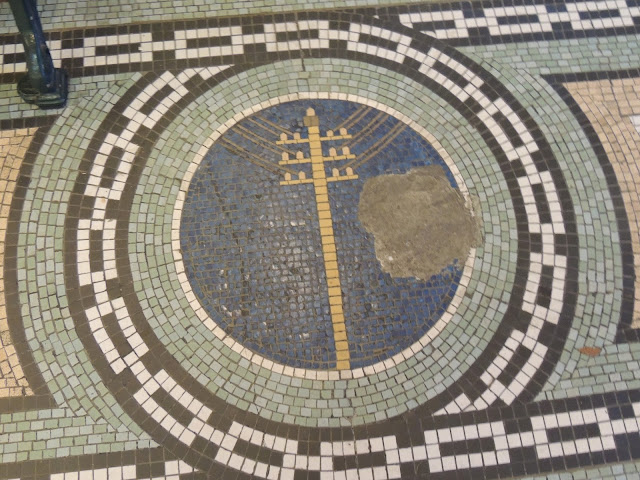 The station was the largest and busiest in the country in the early part of the century. More than 4,000 rail and suburban bus passengers used it each weekday until suburban rail services were stopped in 1982 (more on that here). 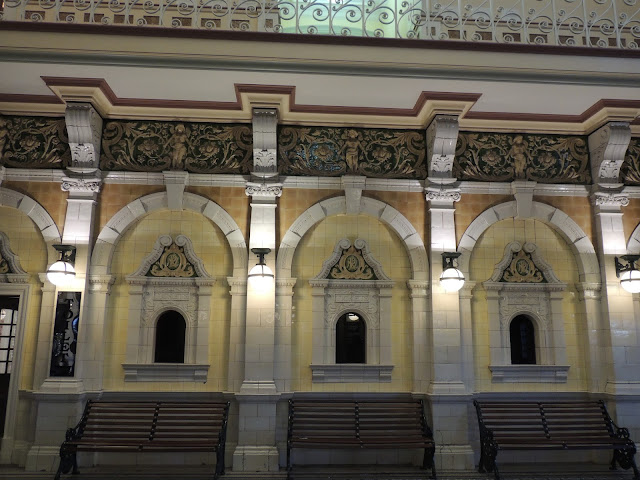 It's a beautiful place. 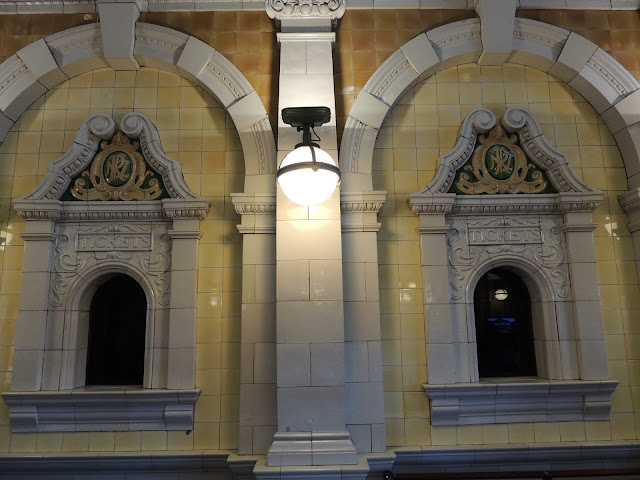 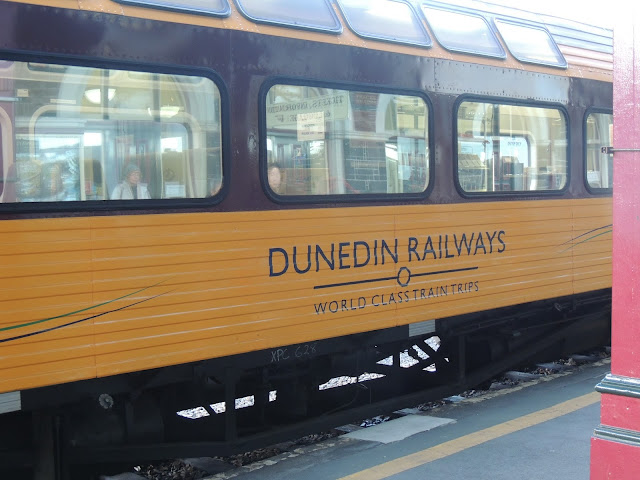 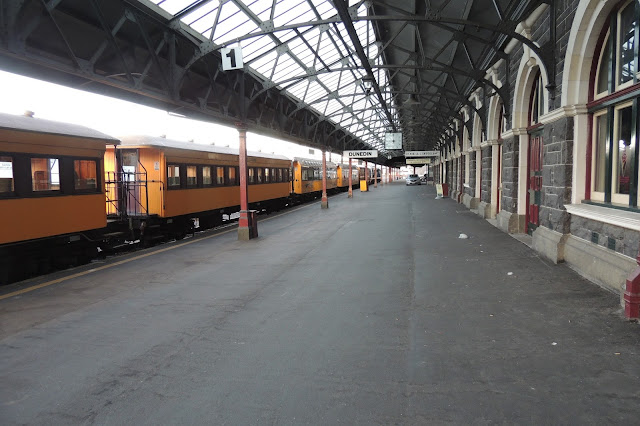 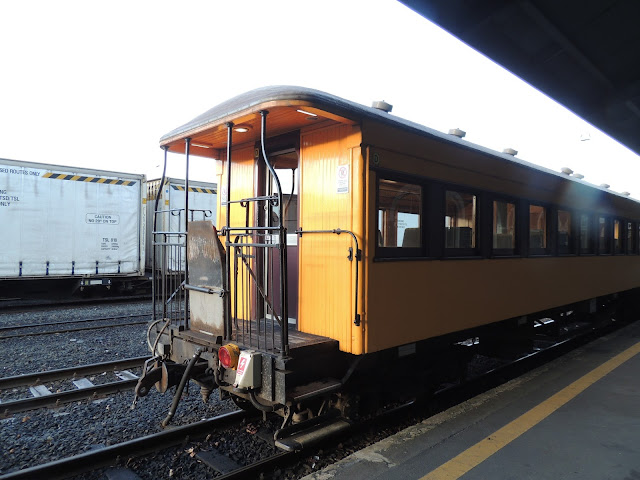