I sometime wonder if you all chuckle when you see our route maps. Like today, driving 41 miles into Dunedin. We're definitely slow travelers, and when your home's behind you that's a good thing, since you have to clear up after breakfast, put a few things away, and re-attach to the Rover. 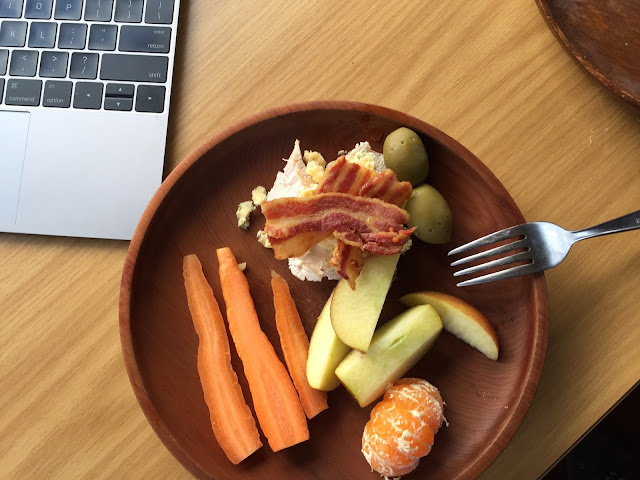 It was a perfect drive into and through the city, nicely designed with two lanes in one direction and an adjacent two lanes going the other way. We chose a good campground, too, just eight minutes from the city center. Here's where we're parked, with some nice houses high on the hills. 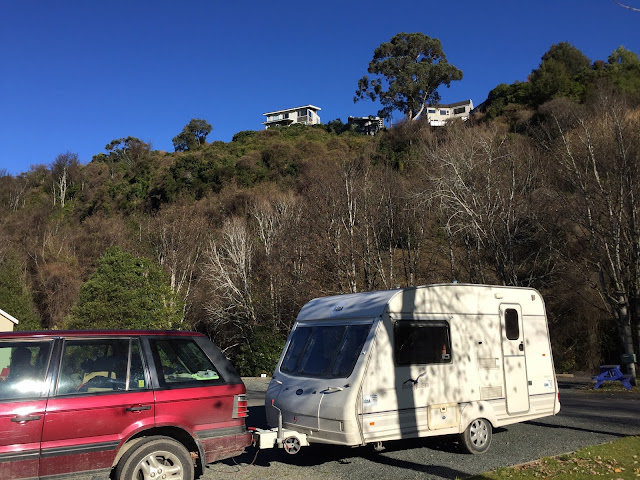 We're going to leave early for the train station tomorrow to give ourselves plenty of time to look around. 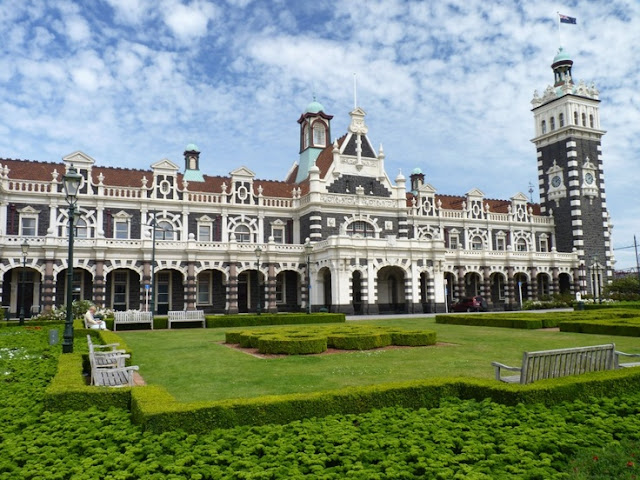 I'm devouring The Bone People, by Keri Hulme, winner of the Booker Prize in 1985.
At once a mystery, a love story, and an ambitious exploration of the zone where Maori and European New Zealand meet, Booker Prize-winning novel The Bone People is a powerful and unsettling tale saturated with violence and Maori spirituality. 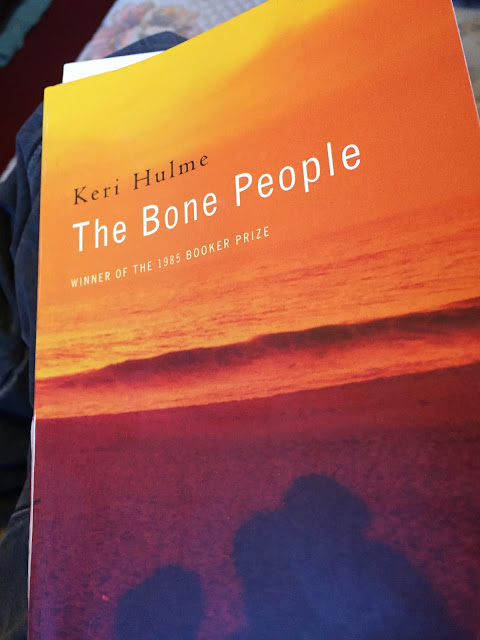