Electricity! And to the Otago Peninsula

Big day for travelers who deeply appreciate their brake lights and turn signals. We broke camp early and arrived at 9 am. 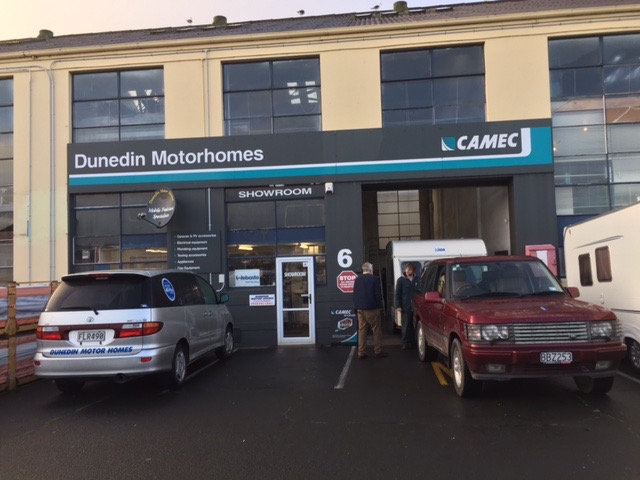 Within 90 minutes capable Stephen had sussed out the issue, which turned out to be a hinky electrical plug-in on the Land Rover. Art's an electrical genius and he works on Jags, right? But those British cars were imported to the US, not NZ, where the wiring is decidedly different. Mystery solved. We're relieved and so happy to be heading to the Otago Peninsula. 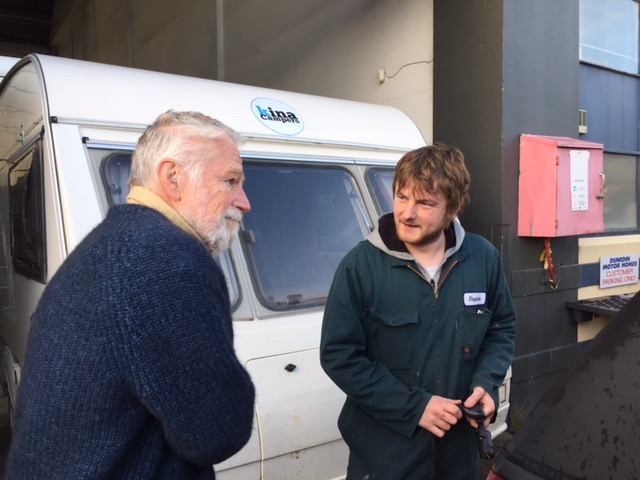 Only sorry to have missed the celebration yesterday, when Team NZ landed with the America's Cup trophy on the last stop of its four-city tour: Auckland, Wellington, Christchurch, and Dunedin. Much confetti was dropped, according to the friendly woman running the campground we pulled into this afternoon. 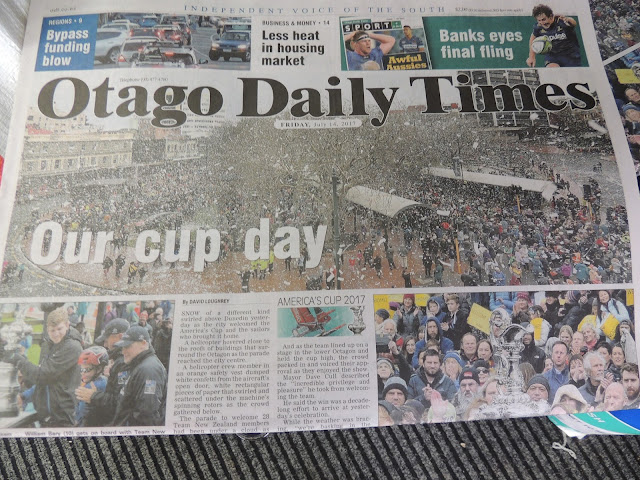 She also told me that Dunedin produces the onboard electronics that make watching the America's Cup so compelling. We're camped not far from tiny Portobello town, about halfway up the peninsula. In the mist it looks like a watercolor. 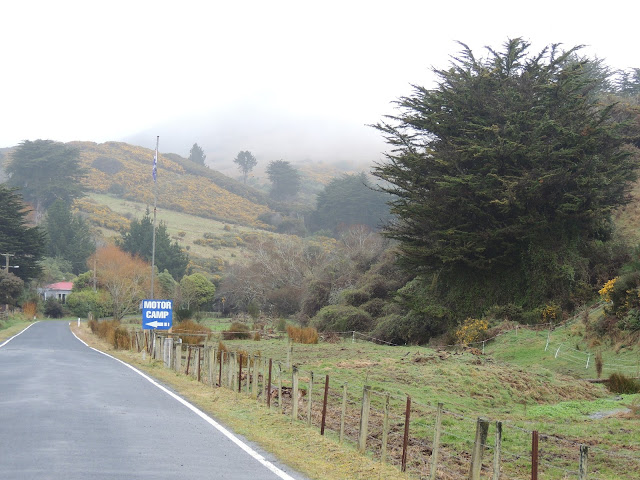 Driving out here we were on (the) edge all the way. 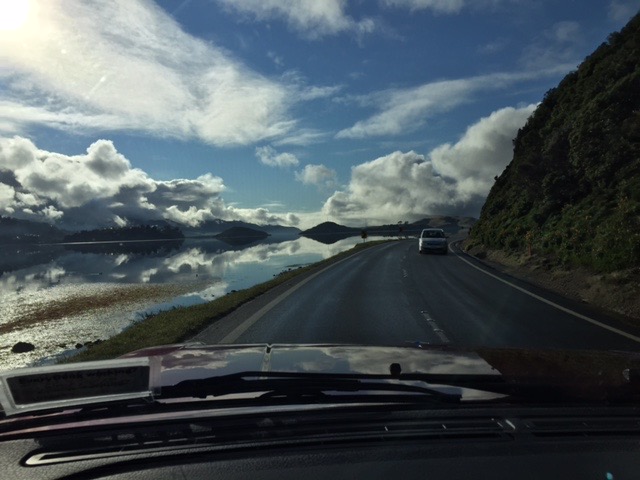 Here's part of the route on the ipad mapping program, left-lane water-hugging start to finish. We took a little walk to town and this sign made me chuckle. You open Wednesday, Ric? Uh, maybe. Manageable hours! 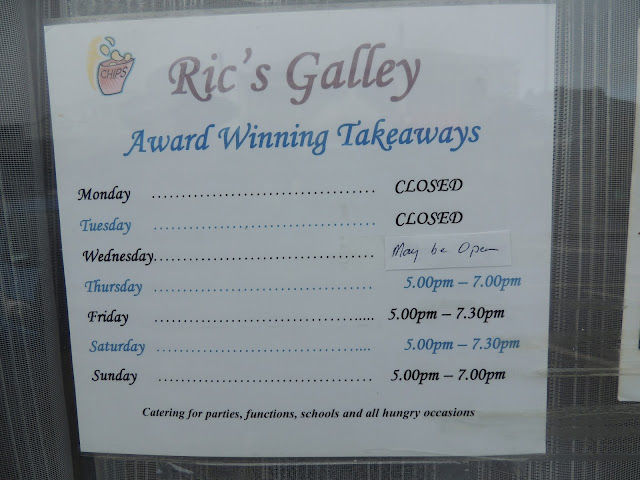 But not as sweet as the librarian's. 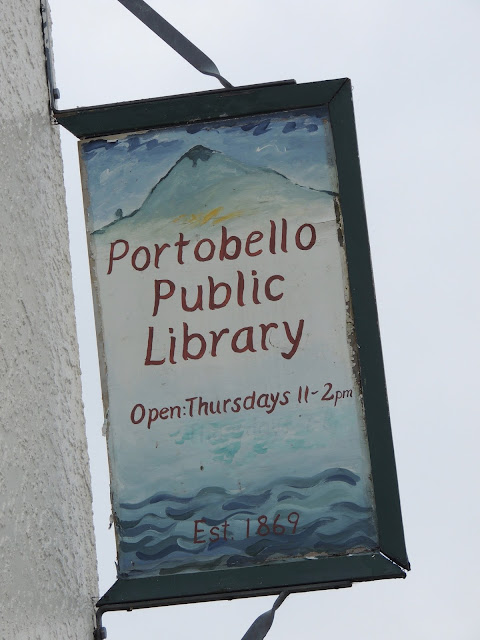 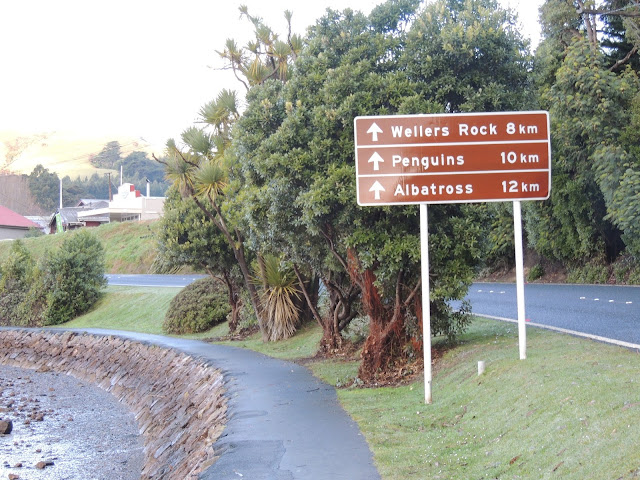 After fixing the electricals and getting another much-needed part, a small celebration was in order. Carrot cake and flat whites, served by a young woman from Sandwich on Cape Cod. How long have you been in NZ? Six years. Are you going back? Are you kidding me?! Her family visits every year. 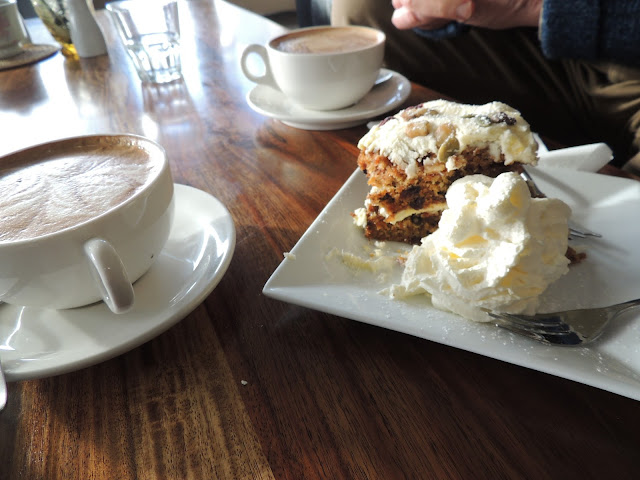 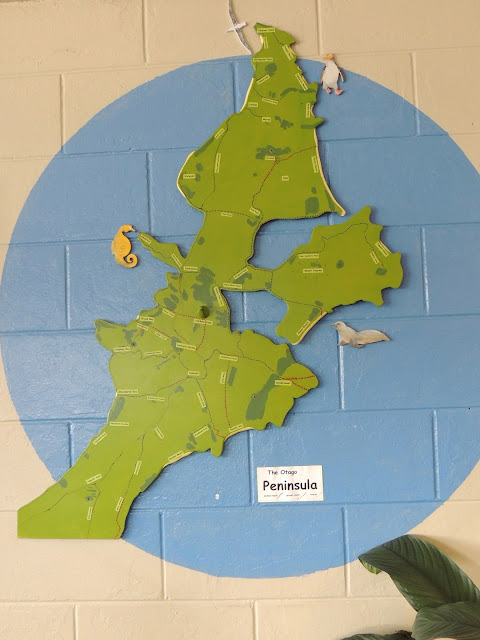 We wondered: what on earth is Happy Hens? 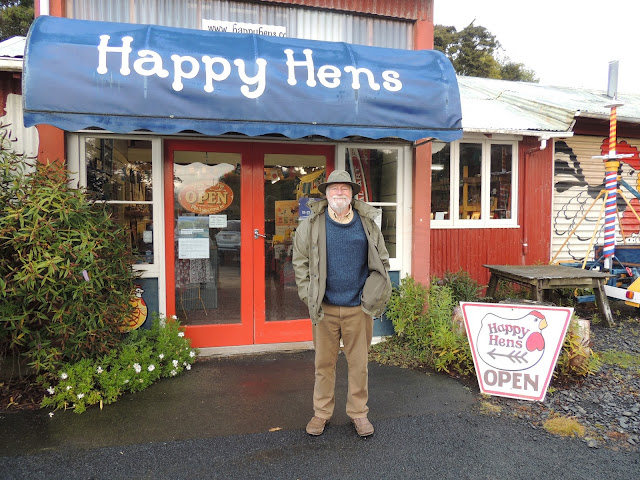 Turns out it's a decades-old business that sells all things hen-related. Internet too. 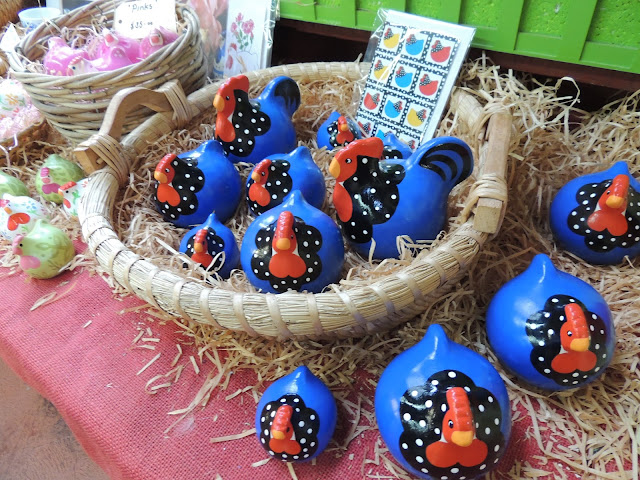 This engaging woman was painting hens, but wanted to discuss the US and its creepy president.  We liked her a lot, but couldn't explain anything. "I've had Americans walk out of here in shame," she said, shaking her head. We believe it. 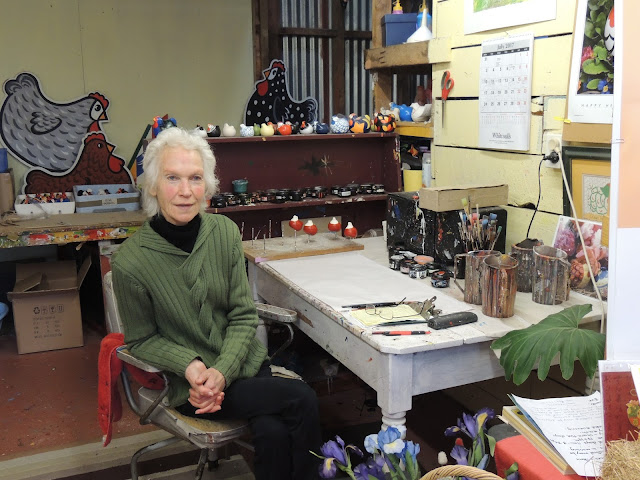 Paradise shelducks are beautiful and always seem to be paired up. More from this peaceful place--just 20 minutes from the city--in the coming days. 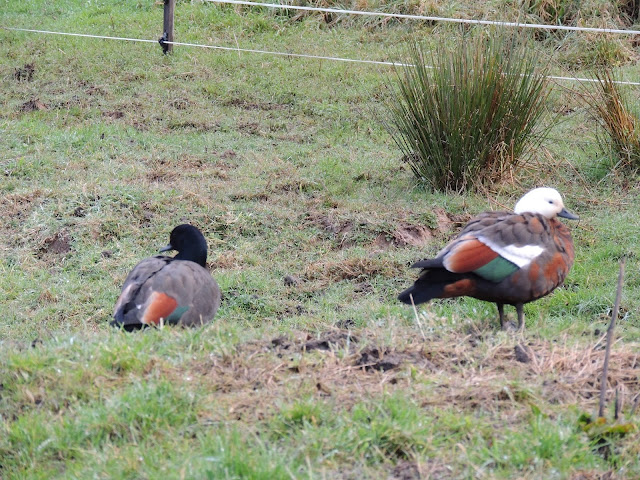